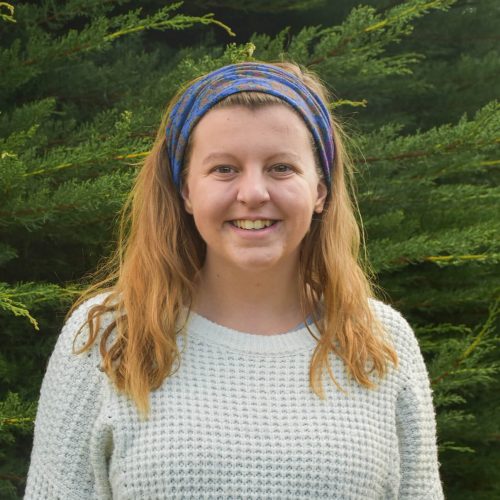 By: Claire Connors - College of William and Mary

Last week, we traveled down to Punta Arenas to board a ship which took us through the fjords of Tierra del Fuego. Among the glaciers, penguins, and choppy seas, we stopped at Wulaia bay for a day hike. As we trekked through a subpolar forest full of beautiful Lenga trees, our guide, Filipe, told us the story of this place. 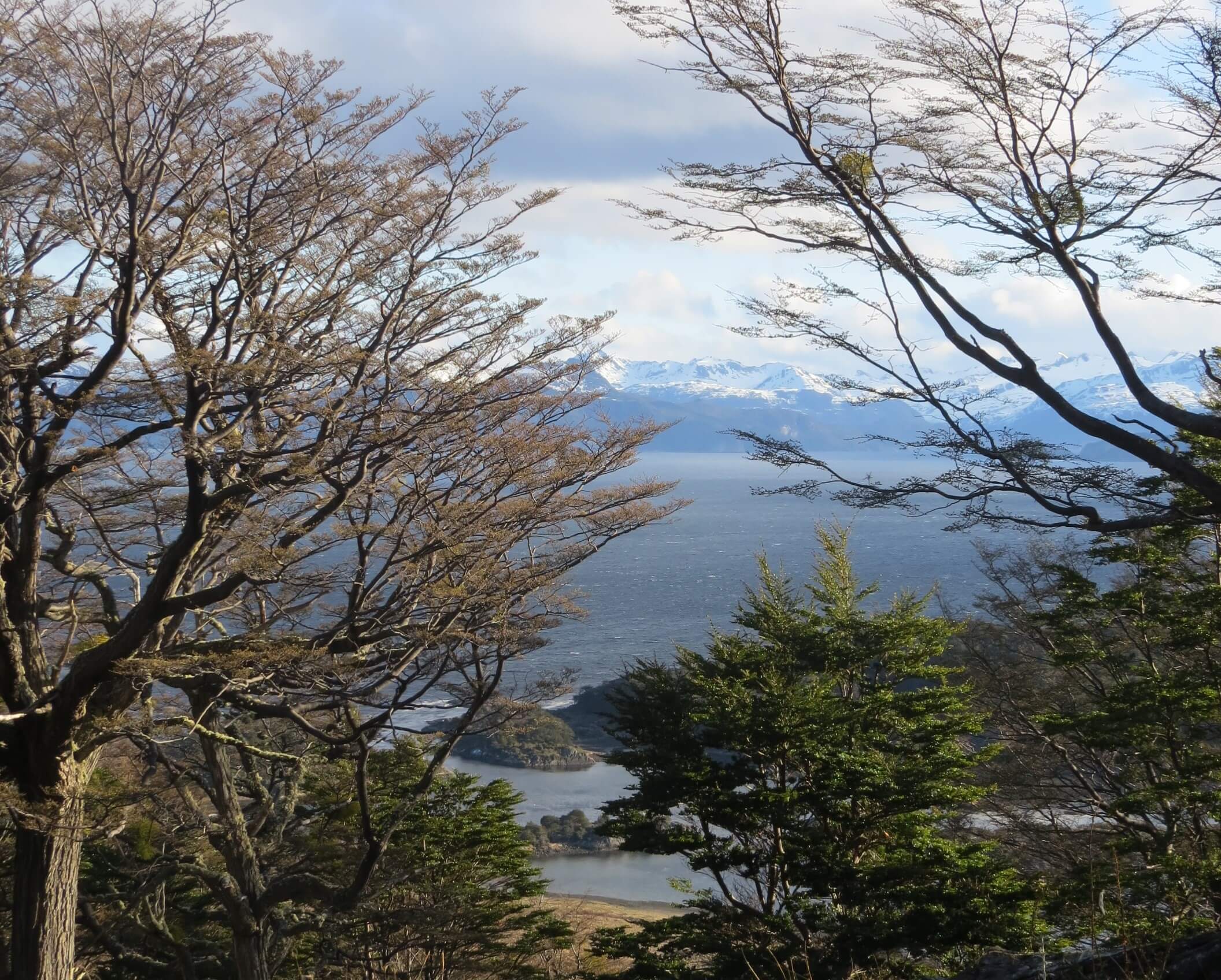 In 1830, a man named Orundellico, a member of the Yaghan Indigenous group, was kidnapped from the beach at Wulaia bay by Robert Fitzroy and taken back to England, alongside Fitzroy’s maps, as proof of Fitzroy’s travels on the HMS Beagle. Not even given the dignity of his Yaghan name, he was called Jemmy Button by the crew, for the mother of pearl button paid for his life. For a time, he adopted—or, more likely, was forced to adopt—English sensibilities: cutting his hair, wearing English clothes, and speaking English. A year later, he was brought back here by Fitzroy on the Beagle, the same voyage carrying naturalist Charles Darwin, who would later describe the Yaghans as “the most abject and miserable creatures [he] anywhere beheld.” Stretched between two worlds, Button was reportedly never able to fully return to his Yaghan life, becoming an exile of sorts in his own homeland. 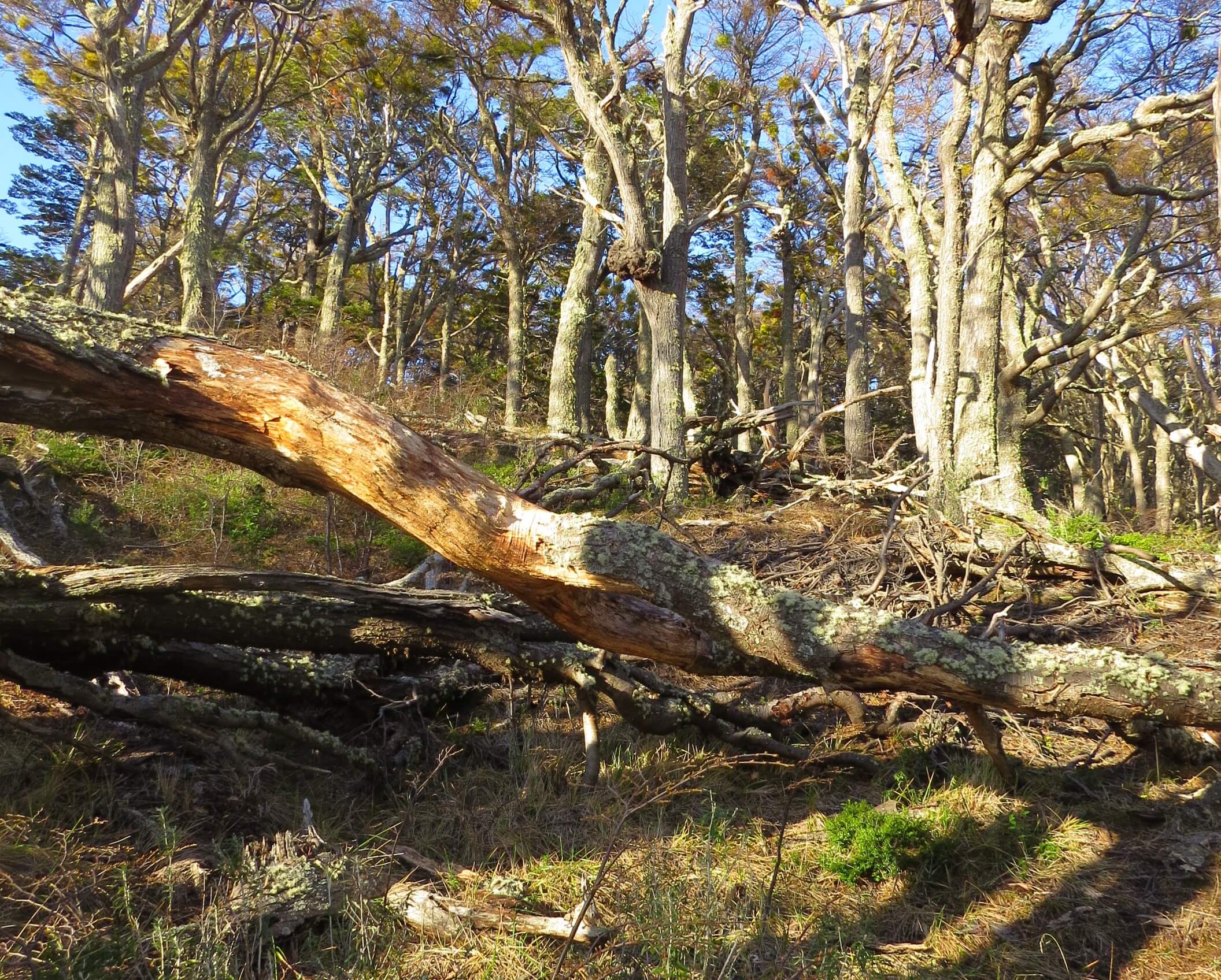 Years later, in 1859, a group of Christian missionaries— led to this place by the very maps which bear the names of Fitzroy, of Darwin, and the Beagle— were killed by Yaghans on this same beach. The so-called Massacre at Wulaia Bay was allegedly led by Button, though he denied it until his death. 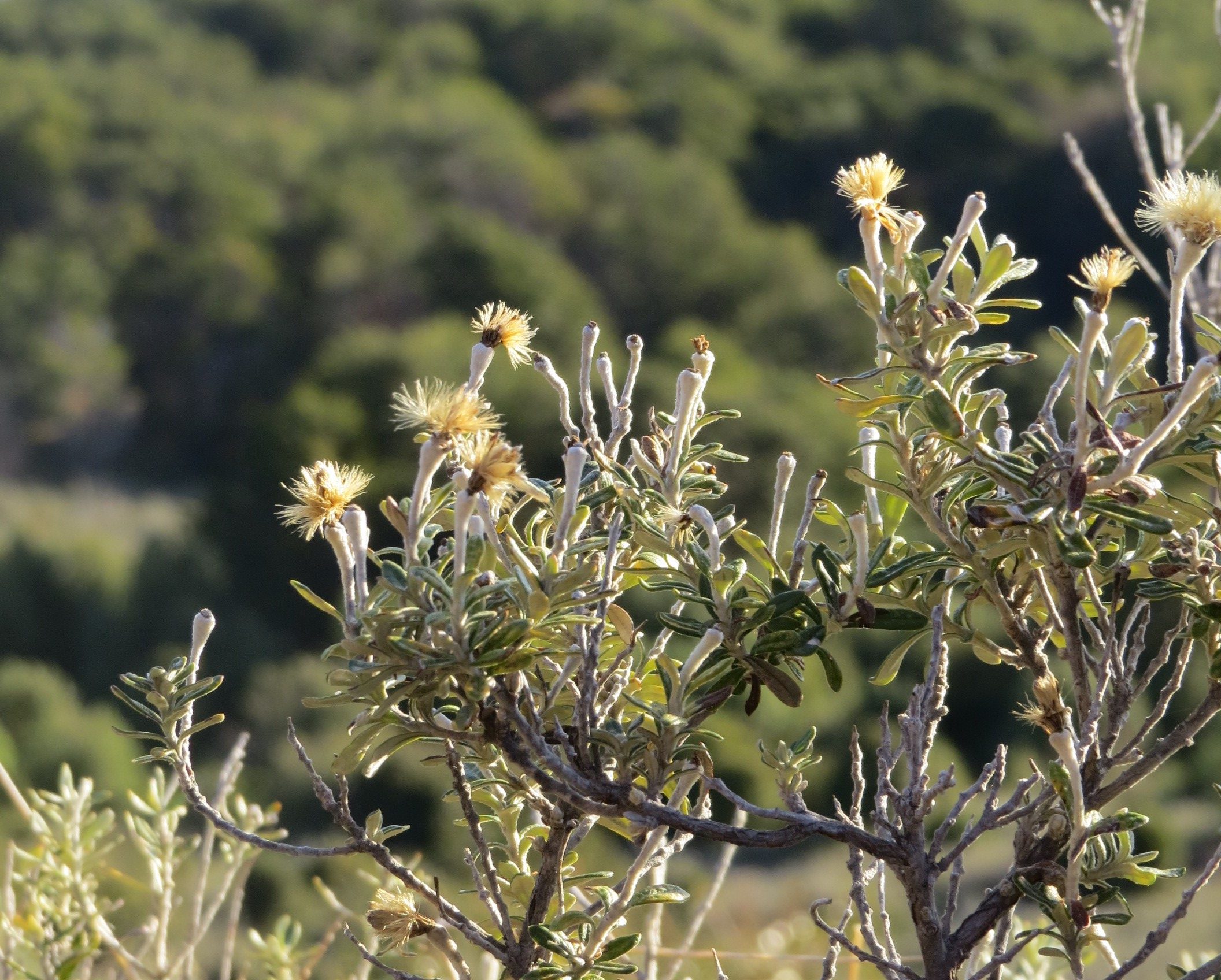 As we reached a ridge overlooking the beach, we took a moment to sit. It was almost 5pm, and the sun’s rays stretched over the fjord in front of us, illuminating mountains ahead of us and the mouth of the Beagle channel through which we had sailed. I thought about the immense history of Patagonia, and of Chile as a whole; some of which I had known, much of which I did not. The Indigenous history of this land is one somehow easily forgotten, overshadowed by the discoveries of Darwin and Fitzroy aboard the Beagle. Though Fitzroy may have mapped Tierra del Fuego, it was not his discovery. Indigenous people lived in this area for thousands of years before the Europeans arrived, surviving along the vast Patagonian coast as fishermen. Yet while I knew of Fitzroy’s journey, I knew nothing of the Indigenous groups of the area. It seemed as if Filipe had opened a gap in my knowledge, simultaneously filling it with another half of the story which I had not known was missing, yet which fit in all along. 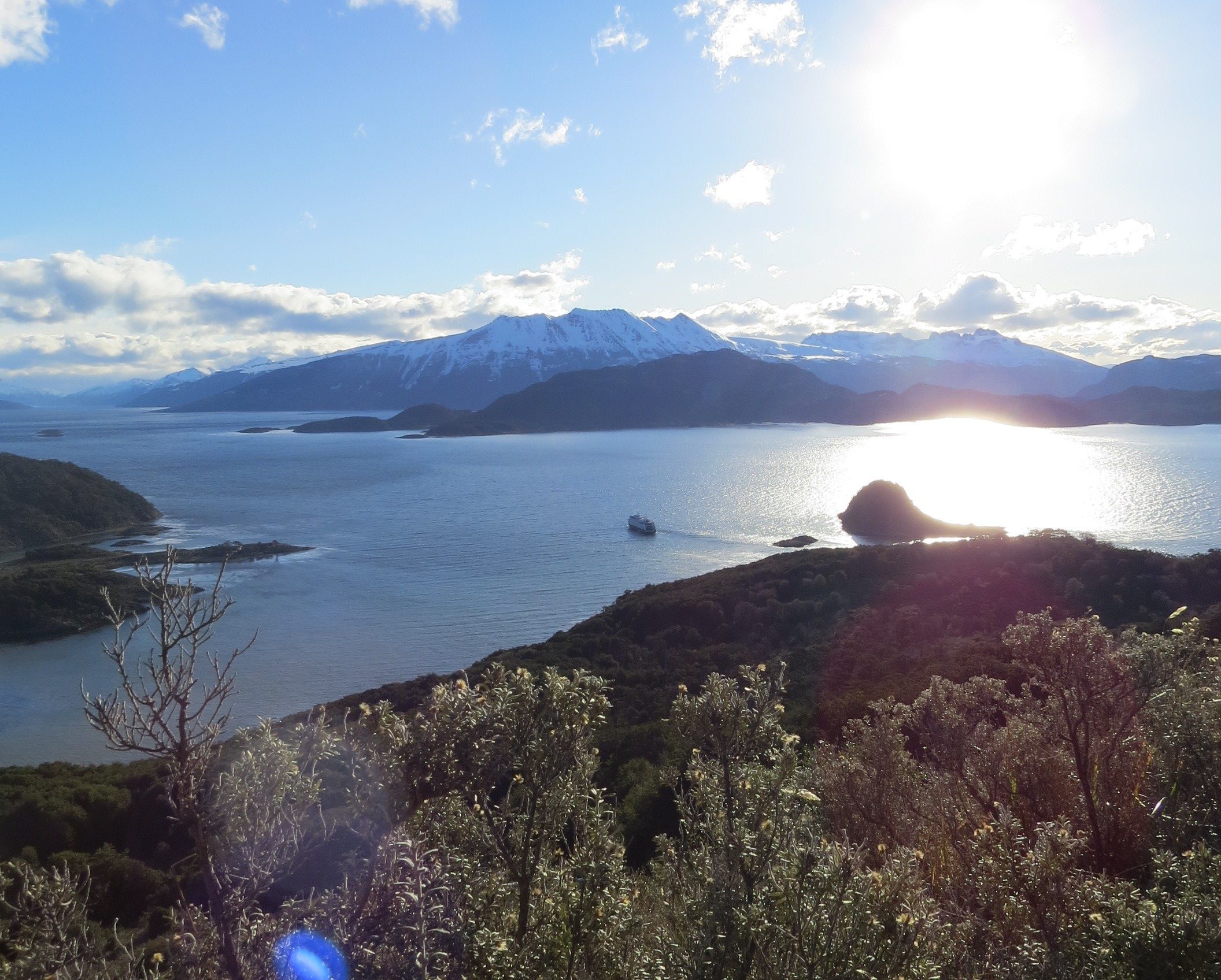 To have walked in the beauty of this place, heavy with ten thousand years of history, felt necessarily uncomfortable. Countless times I have been told the story of the Beagle, of Darwin and his finches, and Fitzroy and the mountain peaks which bear his name. But not once have I been told the Indigenous story, of a man who was stolen for a button. This abject obliviousness echoes through my mind elsewhere too, like learning about Chile’s tumultuous political history, of which I knew little. Though here at the SFS Center for Climate Studies we aren’t necessarily focused on learning directly about history, it’s still an important facet of life in a foreign country. Learning and adapting to the culture of a place requires building this knowledge base. Without it, we could never come to understand the community in which we have made our home for the next three months. Furthermore, understanding the cultural context of Chile helps us recognize the unique impacts climate change has on this area. As we delve further into this multifaceted issue, it’s important to remember this context, because it’s different from preexisting contexts we may bring from home.

There are times I feel almost shameful of my ignorance. I remind myself that this discomfort is normal, part of making a home out of an unfamiliar place. Existing in—and even embracing— this discomfort is what allows us to learn more wholeheartedly about a place and its people. It is important to recognize what I do not know, so that I may begin to fill the gaps. My knowledge of this country and its people is more complete now. As an outsider, I can accept that it may never be complete. I can only hope that I continue to learn previously untold stories, and that throughout this semester, I continue to be made uncomfortable in my ignorance so that I may be granted these new perspectives. 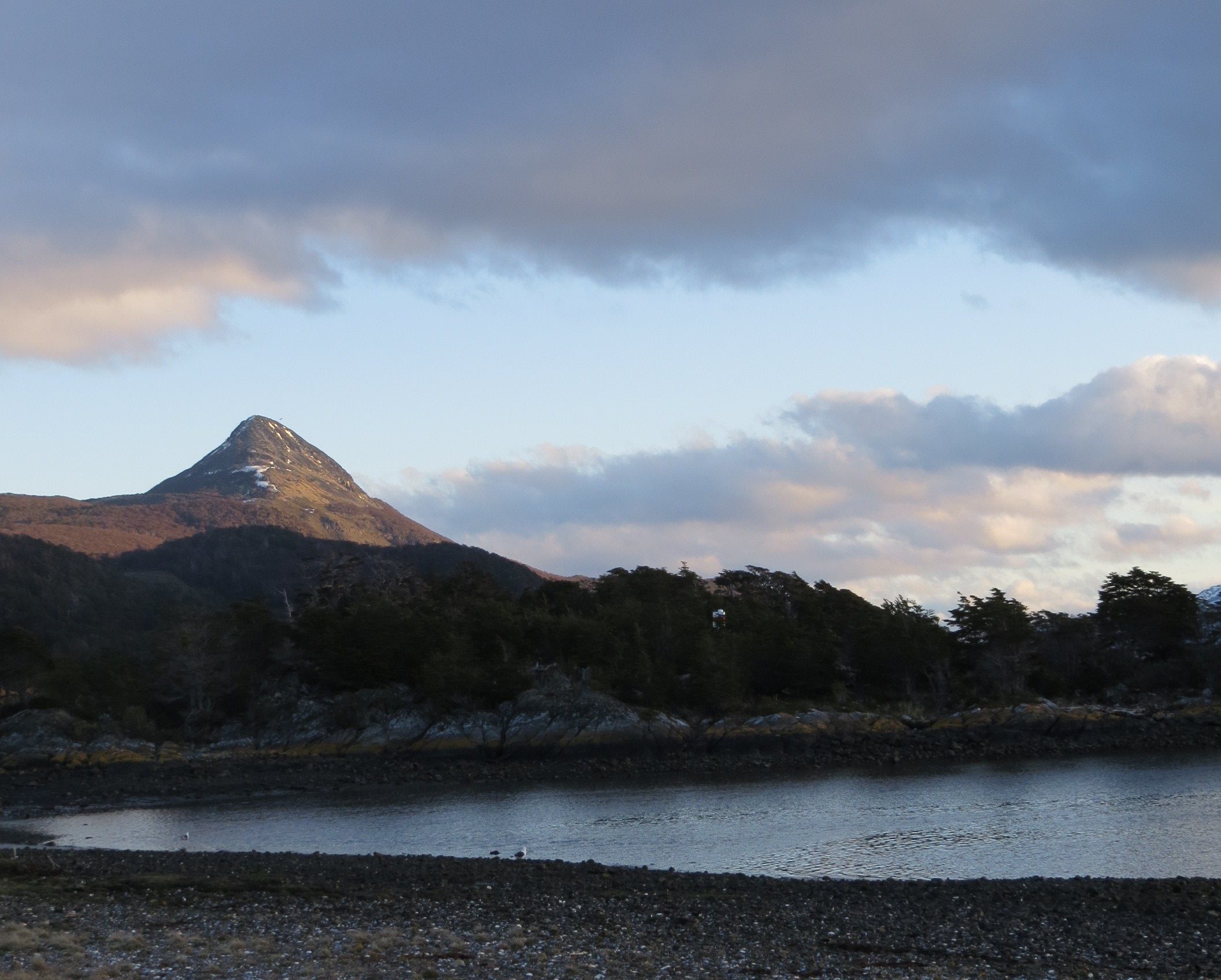