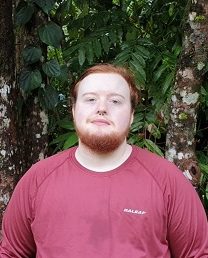 I chose to come to Australia because I was looking to study ecology in an ecosystem as different from the ones I had studied in before as I could possibly find, and it seemed to me that the opposite side of the planet was probably the best place to find that. In terms of geological time, Australia has been separated from the rest of the landmasses of the world for longer than any other continent. That vast time of isolation has led to the evolution of many unique species and ecosystems unlike anywhere else on Earth. As someone who’s interested in evolutionary ecology, I feel that Australia provides to opportunity to look at something incredible: the closest thing we can get to a seeing a totally divergent evolutionary path on this planet.

In a lot of ways, coming to Australia has been like being dropped into a parallel dimension; one adjacent to home, but still distinctly alien, especially in the little things. It falls into the uncanny valley of culture shock. The ecosystem functions how a typical outdoorsy North American would expect, water runs downhill into creeks and rivers, trees decay into mulchy soil with the help of tiny animals and fungi, and birds sing their intricate songs every morning with the sunrise. However, immediately upon setting foot here I realized that there was hardly a single species I recognized from home. From weedy plants welling up between the cracks in a sidewalk to the spiders weaving cobwebs into a lonely corner, I’ve seen not a single familiar face, save for a few unwelcome American invasives. This comprehensive of a change in surroundings can be jarring at times, the jolt of homesickness I felt when I first realized that not even the smell of the leaf litter here is anything like at home was a punch in the gut. But along with the shock of universal unfamiliarity comes a whole new kind of excitement; every skink that flickers out of sight, every fallen piece of fruit, is something totally new, usually a species I haven’t ever heard of before, with its own stories and its own unique tricks to be successful in the vividly competitive world of the Australian wet tropics.

And believe me, the wet tropics are remarkably vivid. Just from the benches on the veranda where we eat all our meals here at the SFS Center for Rainforest Studies you can look out into the forest and see every color of the rainbow. At first it appears to be an imposing wall of rich, glistening green, but as you look you begin to find the splashes of deep red vegetation, streaks of dusty oranges from exposed Australian soils, flowers and fruits dangling from branches make bright pricks of yellow, pink, and red, and the butterflies and birds flash out of the green in their own personal celebrations of color. It’s a saturated contrast to the earthy color palettes of the forests I’m used to, dormant for most of the year and only spattered with color for a few months at a time, and even then with far less variety.

As we learn more about the history of the continent, the exact differences from home shift into sharper focus as their causes are explained. Australia is a continent steeped in ancient history and shaped by giants that are no longer here. The particular niches once filled by now extinct megafauna are left empty, leaving behind plants with massive thorns to guard against herbivores that haven’t grazed since the time of the last ice age, and snakes armed with venom meant to disable animals more than twice a human’s size.

I think that it’s these remnants of defenses against giant mammals that give Australia its deadly reputation. In actuality, Australia doesn’t feel significantly more dangerous than any of the east coast forests I grew up in. The absence of large terrestrial apex predators means that there’s nothing actively interested in hurting human beings, especially in upland areas where there isn’t the danger of a saltwater crocodile lurking in a body of water. So long as you keep your wits about you and don’t put any of your limbs somewhere you haven’t looked, the worst thing that’s likely to bother you is a leech. Those are tenants of being in the wilderness that apply just as much in North America as they do here.

I don’t yet know if coming somewhere so far abroad from the rest of my life for a whole semester was a good choice, or if the differences from home will end up being too much for me to get comfortable with, but either way I feel like I’ve definitely gained new perspective on ecology and ecosystem structures. Especially on the unique characteristics of the ecology of the North American east coast. The contrast of learning about such a different ecosystem has made me better understand the natural history of my home, how it came to be, and how that history continues to shape the ecology there. Even though I was expecting to gain new perspective by learning somewhere remote, I’m surprised by the number of insights I’ve drawn about ecosystems I’ve been learning about and living in for years. Its amazing how much you can realize about a place you know by going to the other side of the planet.