On the first night of the expedition, sounds of roaring lions pierced through our tents.

“What is your expectation here in Kenya?”, I asked the students who braved the COVID-19 pandemic to come to Kenya for their Fall 2021 semester. One outstanding expectation was to see all the ‘big five’ wild animals, study their ecology and behavior, as well as how humans interact with them. These species include the African elephant, African buffalo, lion, leopard and black rhino. 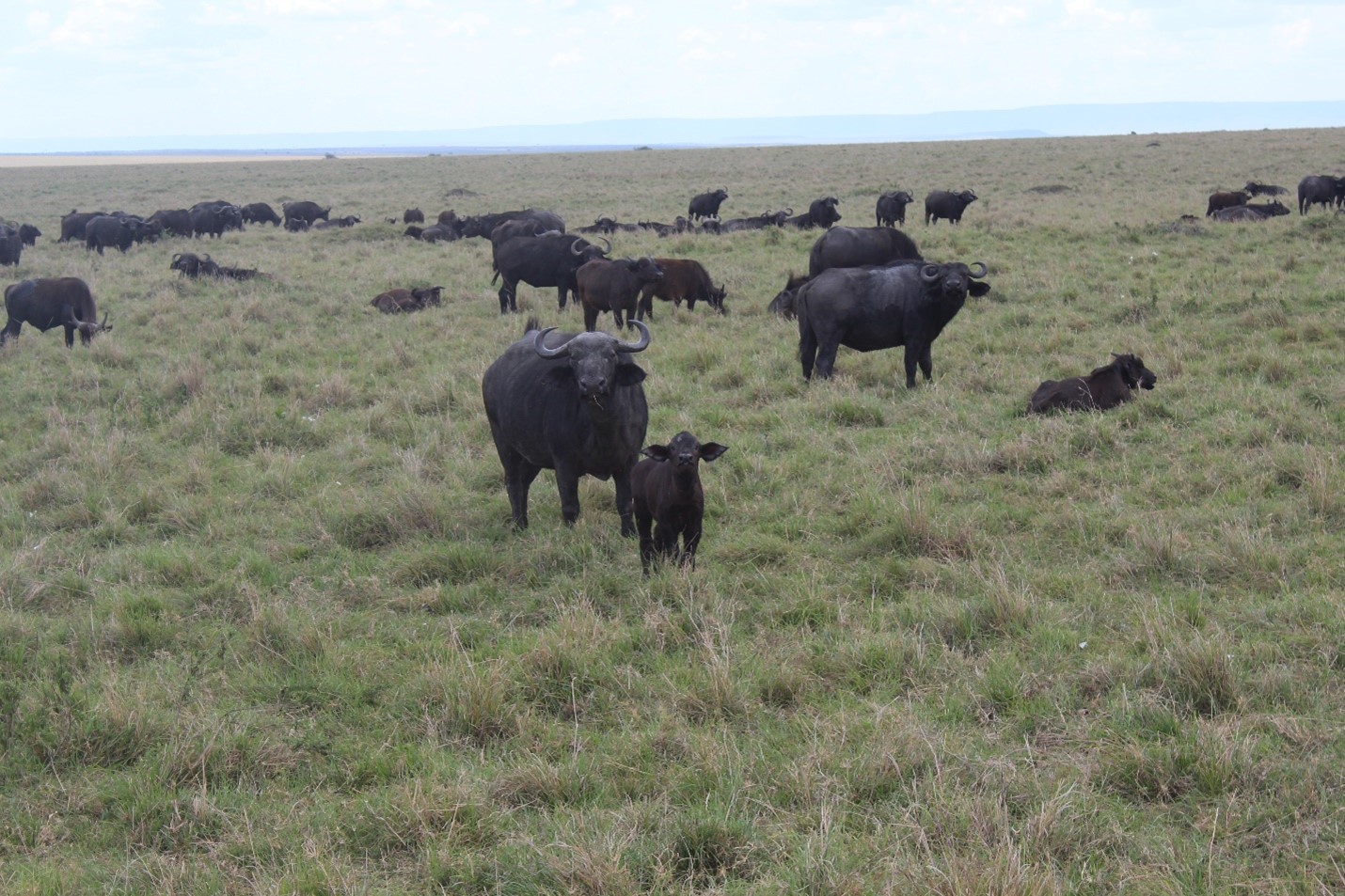 
To meet the students’ expectation, we had a five-day camping expedition in the Maasai Mara national reserve, situated in the Rift Valley, along the Kenya-Tanzania border. The Maasai Mara, which is dominated by lash green Savana grassland vegetation, is one of the most important protected areas in East Africa. It is renowned globally for the centuries-old migration of large populations of wildebeest, zebras and Thomson’s gazelles across the expansive Serengeti-Mara ecosystem. For these and many other reasons, the Mara is marketed as a premier safari destination in East Africa. 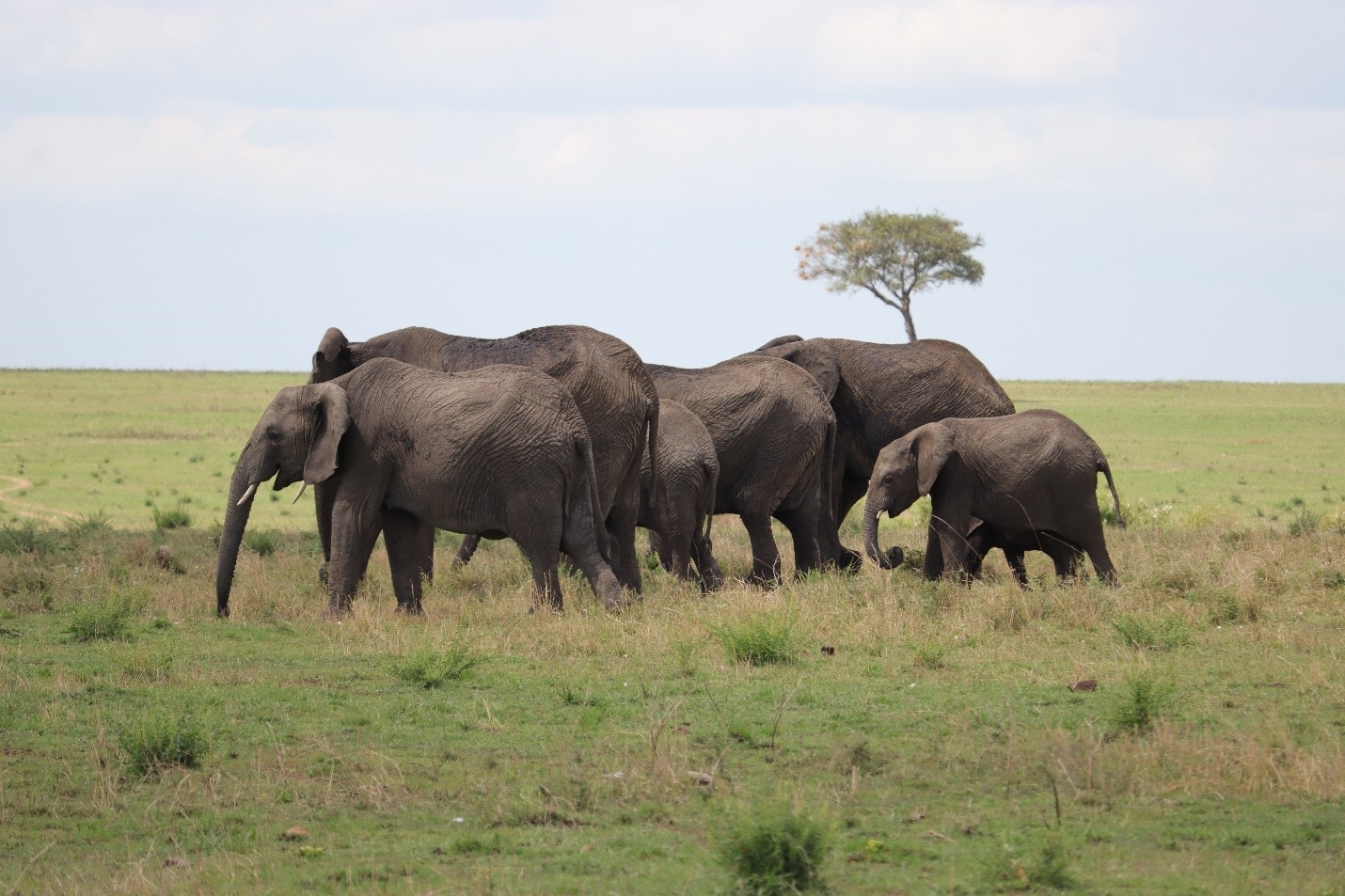 
Upon our arrival at the campsite, we were greeted by a huge herd of cape buffalos only some 700 feet away. Not so far away from the herd was a small, lonely herd of old male buffalos that seemed to have been edged out of the herd by young, energic, and aggressive males. Elephants were also plentiful in Maasai Mara, roaming and foraging in pockets of sizeable herds across the landscape. One striking feature that puzzled students and staff alike was that elephants in the Mara ecosystem were generally smaller in body size than those in Tsavo and Amboseli national parks. 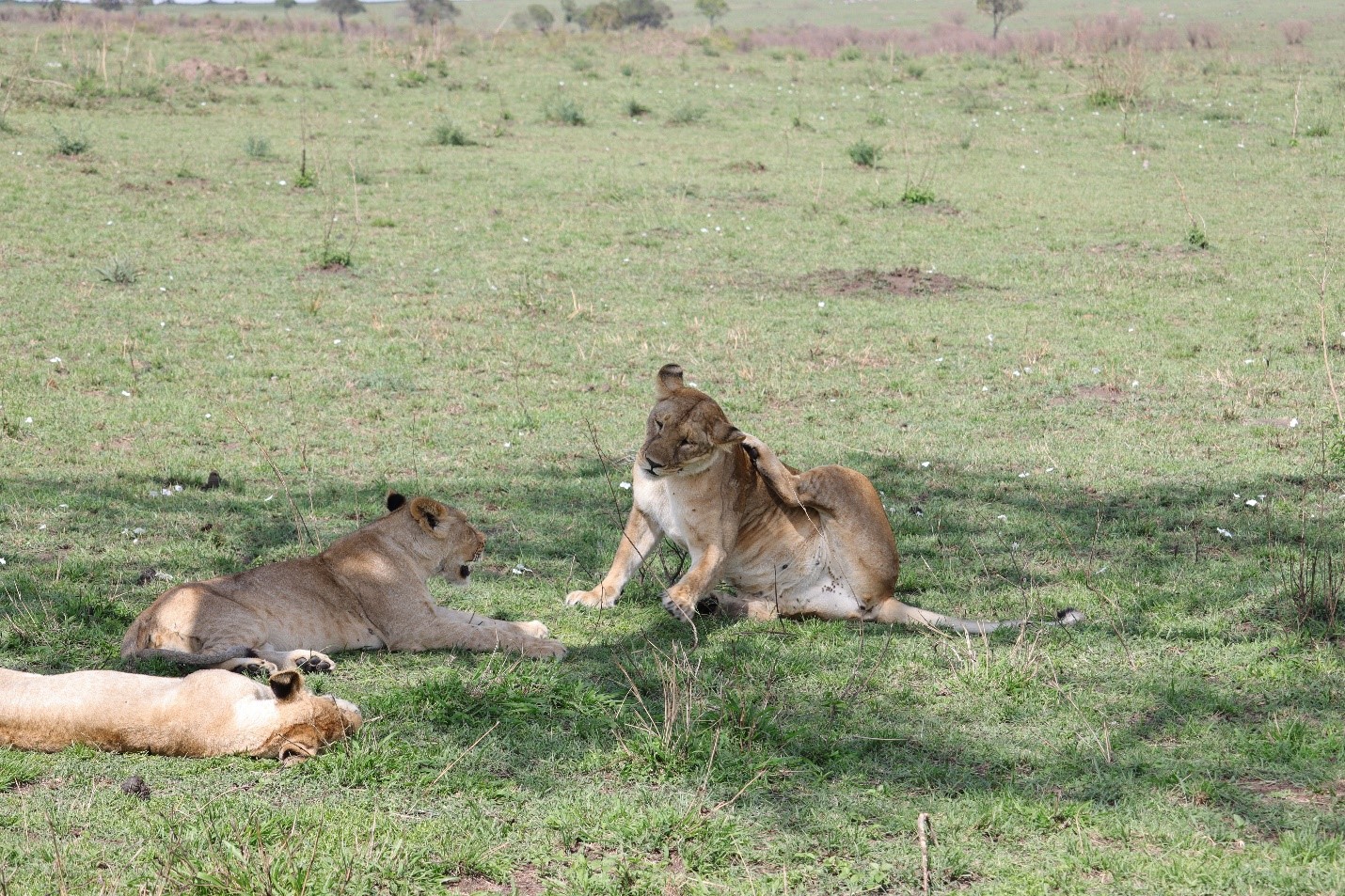 On the first night of the expedition, sounds of roaring lions pierced through our tents. This became the talk of the morning, as we hoped that the lions that roared in the night would be sighted in the day. True to our expectation, Charles, a staff member, was sitting outside his tent facing an eastern hill, when he sighted a large herd of zebras moving near a pack of five lions. The students established that the lions were feeding on a zebra which they had killed in the morning.

On the third day of the expedition, during a game drive along the Talek river that flows across the Maasai Mara, we sighted two black rhinos. This was a big moment for all the students. During another game drive, students saw another three black rhinos. The sighting of the rhinos also revealed the negative impacts of unethical tourism, manifested in the off-road driving done by some of the tourists. 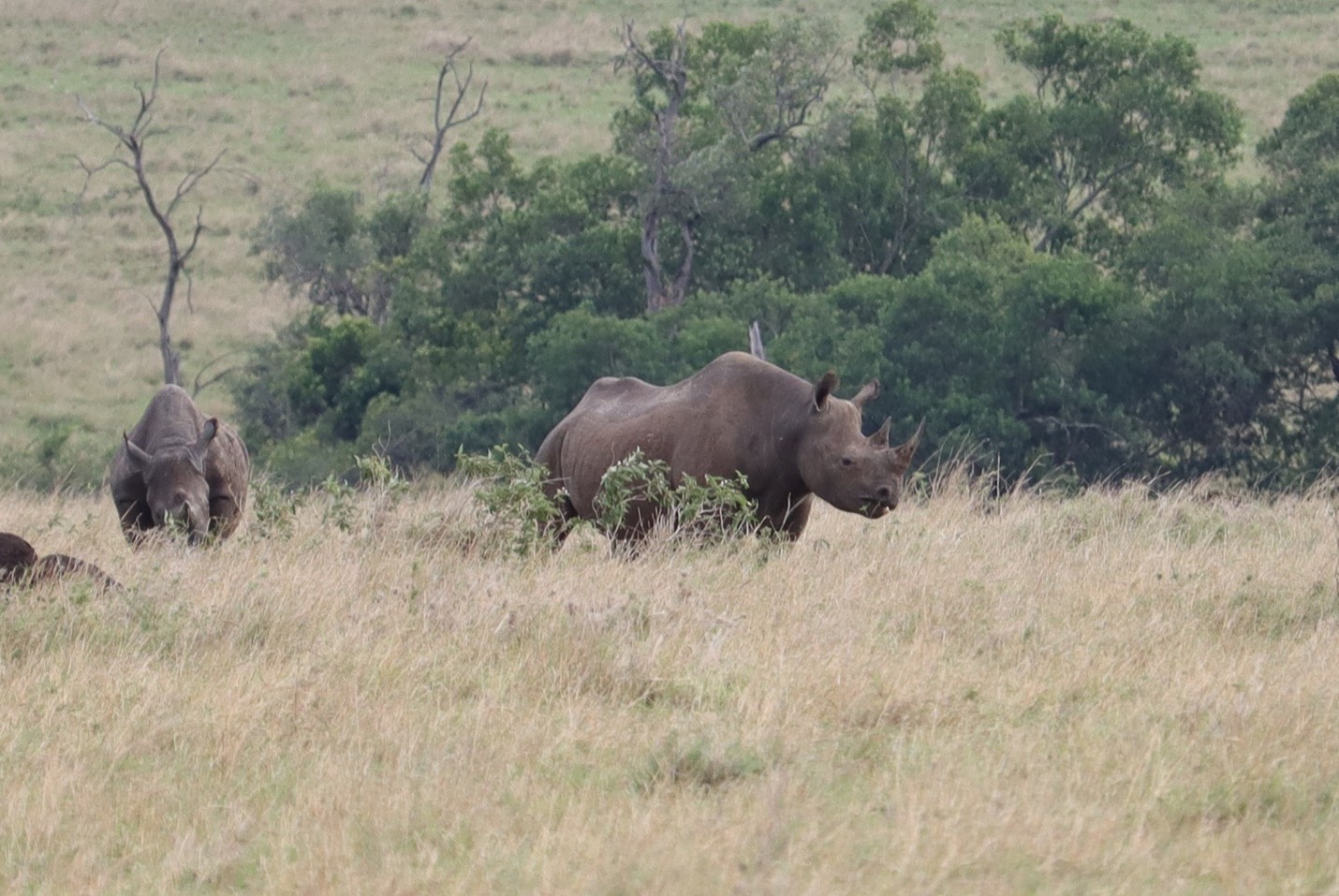 On the last day of the expedition, when everyone was anxiously hoping to see a leopard, the hawk-eyed Charles sighted one lying on a branch of a tree on the banks of a small river, about 1200 feet away. Students took time to observe the leopard using their binoculars. Overall, the Mara expedition was a big success and provided students with incredible and memorable field experiential learning moments, all whilst enjoying the beauty of the Mara and its diverse and rich assemblage of wildlife species.
_______

Curious to learn a bit more about the SFS Kenya Center? Click here to read about why we’re based there, our environmental research focus, how we connect and support the local community, and even take a tour of the Center.