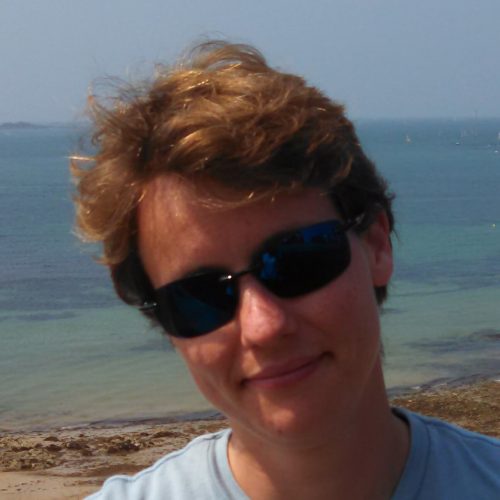 The Octosquad: Directed Research Examining the Octopuses of South Caicos

Students and staff at the Center for Marine Resource Studis are helping to resolve this knowledge gap [about the mysterious Octopus Insularis].

The tropical western Atlantic Ocean is home to an astounding variety of underwater life, from the elegant corals that create the living habitat of reefs, to the thousands of colorful fishes and invertebrates that inhabit them. Cephalopods, the class of molluscs containing squid, nautilus, cuttlefish and octopus, are no exception. With their ability to change their skin color, pattern, reflectance and texture on a millisecond-to-millisecond basis, the octopus and squid that inhabit the western Atlantic are at once some of the most mesmerizing animals to be seen, yet often the hardest to find and to accurately identify. In fact, researchers are still trying to determine exactly how many species call the western Atlantic their home, and to work out the relationships among them.

The story of Octopus insularis bears this out. It is one of the most common octopuses in the region, yet it was long misclassified as O. vulgaris, a Mediterranean species. It wasn’t until 2008 that genetic analysis showed it to be distinct from O. vulgaris and it was given its own name. On top of that, it was more recently (2020) realized that a second separate species, O. americanus, also occurs in the same regions and looks so much like O. insularis that they are easy to confuse with each other. To make matters worse, many of the guidebooks to marine life for the western Atlantic still only list O. vulgaris. 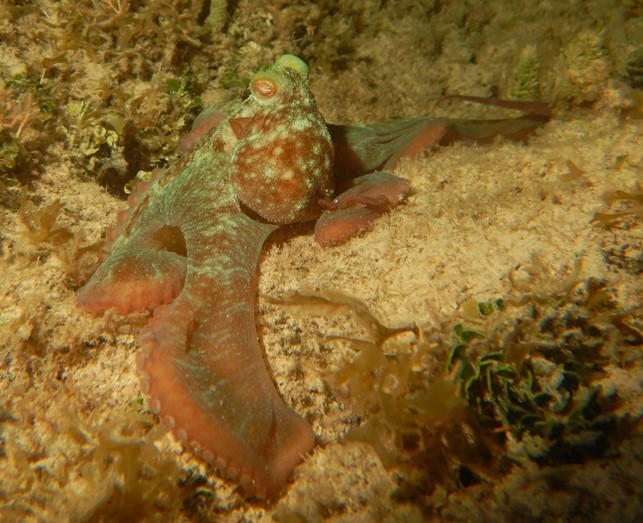 As a result of this long misclassification and confusion with another species, many basic life history facts about O. insularis are unknown, such as whether they are nocturnal (like O. vulgaris), diurnal (active during the day) or crepuscular (active at dawn and dusk). This lack of knowledge contrasts sharply with our understanding of the behavior of many reef fishes, for which volumes of literature exist documenting their habits and activity cycles. This is likely also due to the reclusiveness of O. insularis and their ability to blend in seamlessly with the background using their sophisticated camouflaging skin.

Students and staff at the CMRS are helping to resolve this knowledge gap. Utilizing minimally invasive underwater videography, we document O. insularis activity in and around their den for a 24-hour period. From these recordings, we build an average activity budget for the species and determine the times of day they are most active. This work can then serve as the basis for further behavioral analysis in the field, in particular by highlighting the times O. insularis is most alert and active, and thus the most appropriate time for performing behavioral experiments.

CMRS students and staff are also working to decode the secrets of octopus skin patterning. We are performing video analysis of O. briareus and Callistoctopus furvus footage taken at night in the shallow waters around South Caicos to determine the factors associated with each of the many distinct body patterns displayed by each species. Such work may one day help us “read” the intentions and perceptions of these octopuses as they move through their environment. 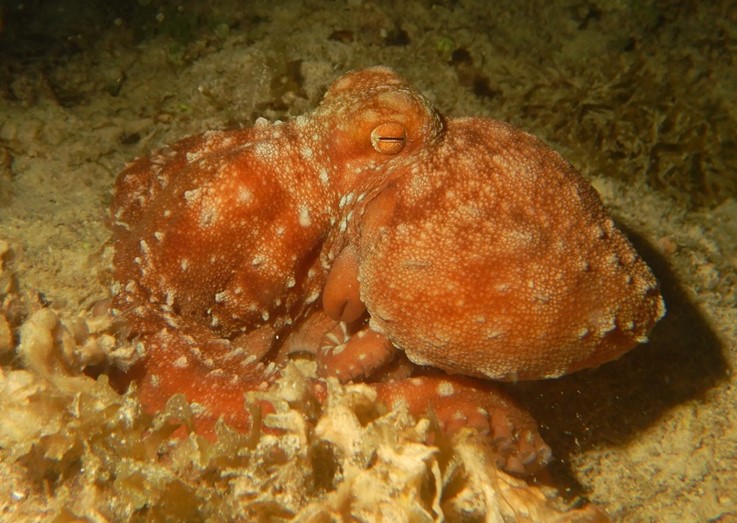 Curious to learn a bit more about the SFS Turks and Caicos Center? Click here to read about why we’re based there, our environmental research focus, how we connect and support the local community, and even take a tour of the Center.