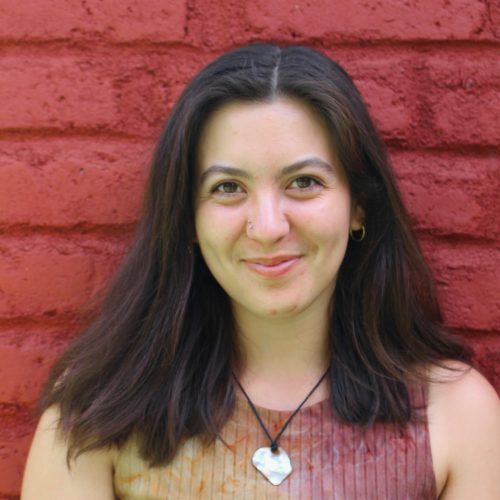 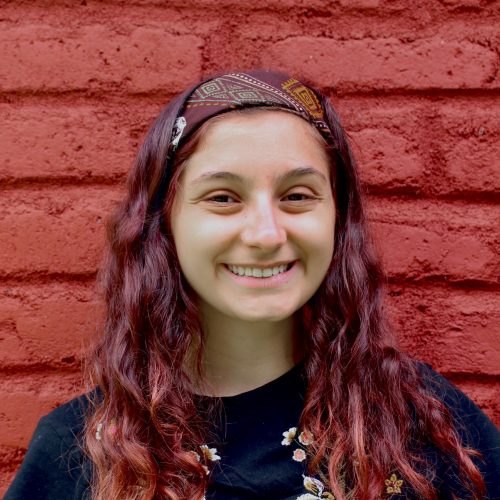 (Two!) Days in the Life with SFS Tanzania

A Day in the Life: Camping at Tarangire National Park
Sofia Elizarraras

As part of the SFS Tanzania curriculum, we were lucky enough to spend four days camping on the outskirts of Tarangire National Park–my favorite part of our semester so far!

To start things off, we had a quick hour drive over to the park and jumped straight into a ‘large mammal counts’ field exercise for our Wildlife Management course, followed by a packed lunch picnic. Going into the picnic spot, we were warned that vervet monkeys tended to frequent the picnic tables. For some reason, this didn’t click until we sat down to eat and a monkey jumped up behind me, onto our table, and stole a potato out of my friend’s hand! This basically summed up our lunch experience, with monkeys arriving from either side to steal potatoes and mandazi out of our hands. At the end of this chaotic lunch, we looked up to see monkeys disappear into our open-roof jeep! A bunch of us ran to the car, only to find the jeep ransacked and Adri’s Pringles disappeared entirely. 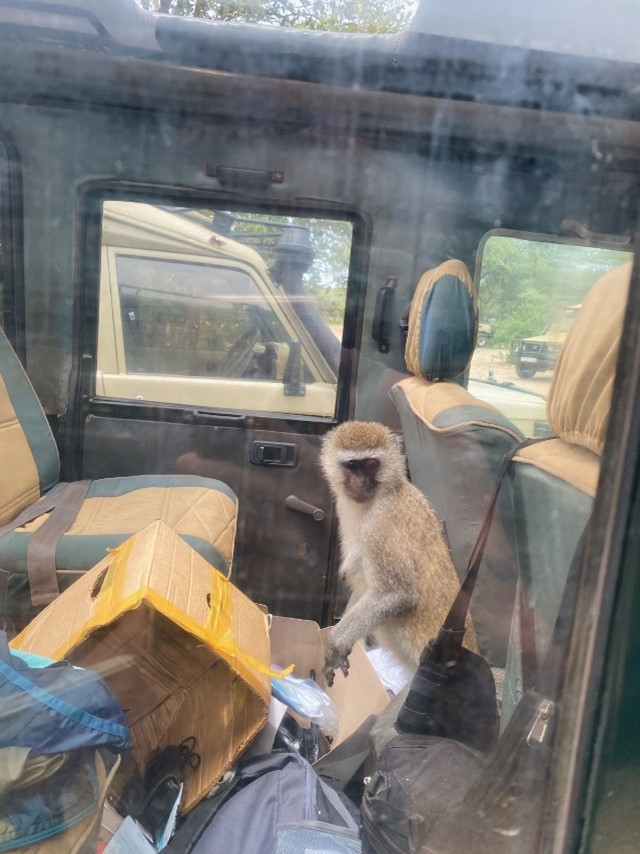 One of the vervet monkeys that ransacked the group’s jeep. (Photo provided by blog authors).


After this learning experience (we will never leave our roof open again!), we had a game drive through Tarangire! We saw our first ostriches on this trip and were able to see several lions sunning on a rock, which was super cool! After this, we stopped by the lion research center that is run by our center director, Dr. Kissui, for a lion lecture. We got to see the radio telemetry and GPS collars used in his research, as well as lion identification cards. Fun fact: lions are distinguished by the spots above their whiskers! We were all exhausted by the time we got back to camp, but mustered the energy to play some competitive Uno and stargaze on the grass, decked out in mosquito repellent. We ended the day with our Wildlife Management professor telling us fascinating stories around the campfire. All in all, a perfect first day of camping! 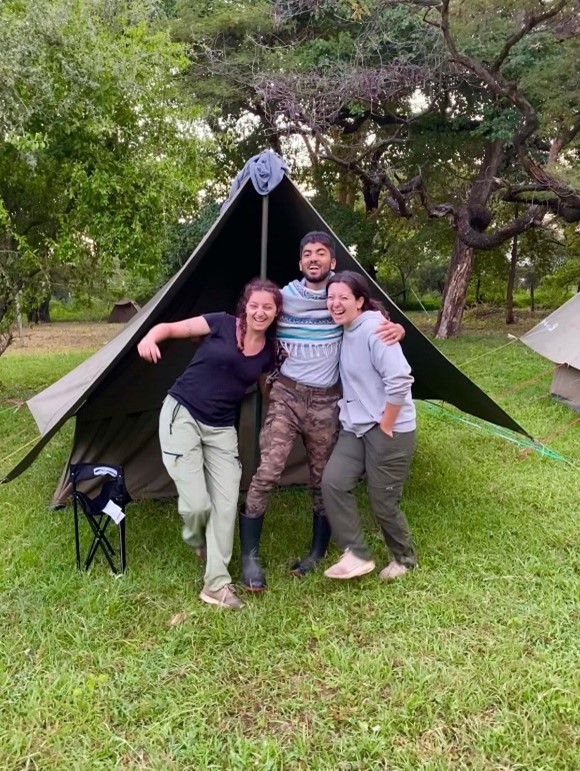 
A Day in the Life: The Maasai Culture
Adri Rotondi

A few days ago, we visited a traditional Maasai boma (village) to learn about their culture and daily practices. We met our guide, Paulo, who is a junior warrior within the Maasai tribe. As soon as we arrived at the boma, we were thrown into the Maasai’s daily tasks. We started by collecting cow dung (yes, with our bare hands) from the fields. We then mixed that dung with water to create mud and we spread this mud around the outside of the Maasai’s houses for insulation. The Maasai construct their houses with cow dung, grass, and tree branches. After this, we went into the fields with machetes to cut down Acacia branches for their natural fences and roofs. These Acacia trees are incredibly thorny, so it is very important to be careful about where you place your hands on the branches. We also learned how to produce fire using friction and how to make traditional Maasai beaded jewelry throughout the day. 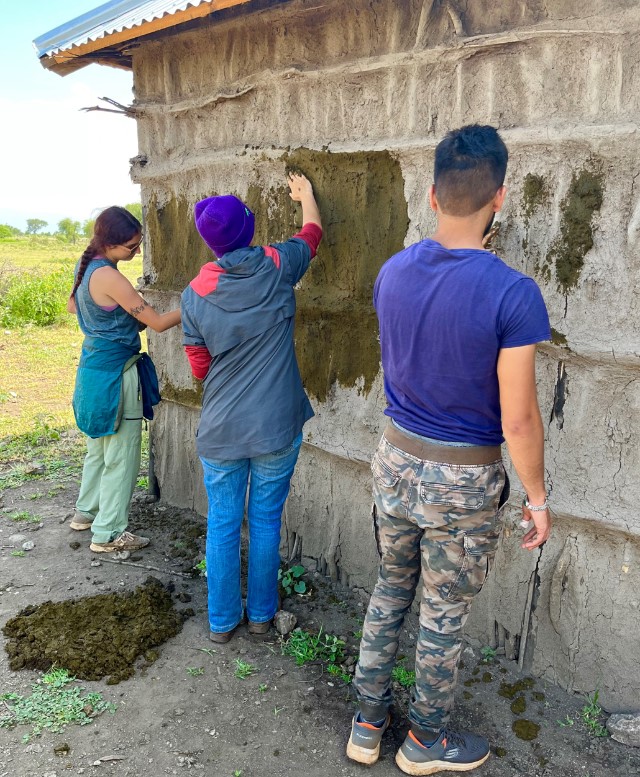 
The Maasai culture is rich with numerous rituals and ceremonies. One of these ceremonies is the “lion hunt.” During this lion hunt, a group of junior warriors would go out into the bush with spears and search for a lion. Once the lion was found, the warriors would run after the lion and attempt to kill it with a spear. The first junior warrior to spear and kill the lion was considered the “lion hunter” and would receive glory and respect for his entire life. This ritual is no longer practiced due to wildlife conservation laws, so the Maasai now utilize their spears only for protection from other humans and for sport to hit tree targets. Paulo taught us how to throw these spears, and a few of us were actually able to hit our tree target!

The students participating in the Maasai ‘competition dance.’ (Photo provided by blog authors).


At the end of the day, we participated in the Maasai’s “competition dance.” Dancing in the Maasai culture is incredibly different from ours. Both males and females form a single-file line and then begin humming and singing in the Maasai dialect. The males then jump straight in the air multiple times, ending their last jump by slamming their heels onto the ground to make a sound. In the Maasai competition dance, the females watch to see which male jumps the highest. The highest-jumping male is then considered a strong and favorable man for the marriage process. We really enjoyed taking part in this tradition and learning all about the Maasai culture that day. We were so welcomed by our mama and baba (mothers and fathers) within the tribe, and they treated us like their watoto (children). We are so grateful for this experience!

Curious to learn a bit more about the SFS Tanzania Center? Click here to read about why we’re based there, our environmental research focus, how we connect and support the local community, and even take a tour of the Center.