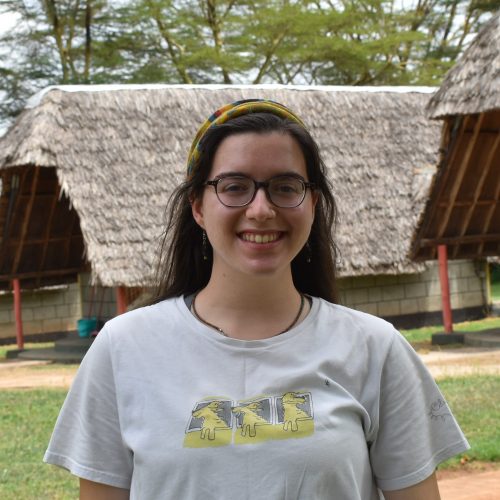 A Day in the Life: Expedition in Maasai Mara National Reserve

I’ll never forget nights by the campfire, sitting contently and reflecting on the day, and for that I am grateful.

Just before 7:00 a.m., I woke up to sounds of birds and soft voices. Students in the day’s Cook Crew were up and getting ready for the day by helping the kitchen staff with breakfast and fetching fresh water from the lorry. We are two days in, now, to our expedition in the Maasai Mara National Reserve, camping at a Kenya Wildlife Service Research site.

Emerging from my tent, I got up, changed, and retrieved my mug and tupperware for breakfast. Every morning, the kitchen serves warm chai and hot water for coffee or other tea. For breakfast, I had my usual: oatmeal with peanut butter, pancakes, and fruit. Even though this is something I eat often with SFS, it seemed to taste better while sitting in my Crazy Creek, waking up with the rest of the wildlife at Maasai Mara and smelling the smoke from the campfire that burned throughout the night.

“Let’s get crawling,” Richard, professor of Human Dimensions of Conservation, called out, encouraging us students to finish eating and gather our materials for the day. Unlike past days, we were returning to camp for lunch before heading on a game drive, so there was no need to quickly wash Tupperware to pack for lunch- those mornings can be quite chaotic!

After breakfast, I grabbed my bag and headed to the car. Unlike in Amboseli, where lectures were taught in a building a short walk from camp, we travelled to a nearby lodge for our lecture classes. As my car prepared to leave, we found we couldn’t- we had a flat tire, the first of many unexpected events for the day. If I remember correctly, I’ve had five flat tire experiences during my time in Kenya. Our vehicles go through a lot!

After quickly fixing our tire, we began our trip. Popping open the roof, I stood on my chair and let the wind wake me up, taking in the greenery, cool air, and saying good morning to the elephants and giraffes we passed. Unlike Amboseli, which translates to “salty dust,” Maasai Mara felt much more alive, with the landscape reminiscent of home in some ways.

Today, we had two lectures. During a break between classes, my friends and I walked around to stretch our legs and discovered a trail to the lodge’s hippo pool. Though we had been able to see hippos during our time in Amboseli, the hippo pool took us by surprise due to its proximity to the lodge. Before we left to return to our second class, we observed hippos mating for the first time! 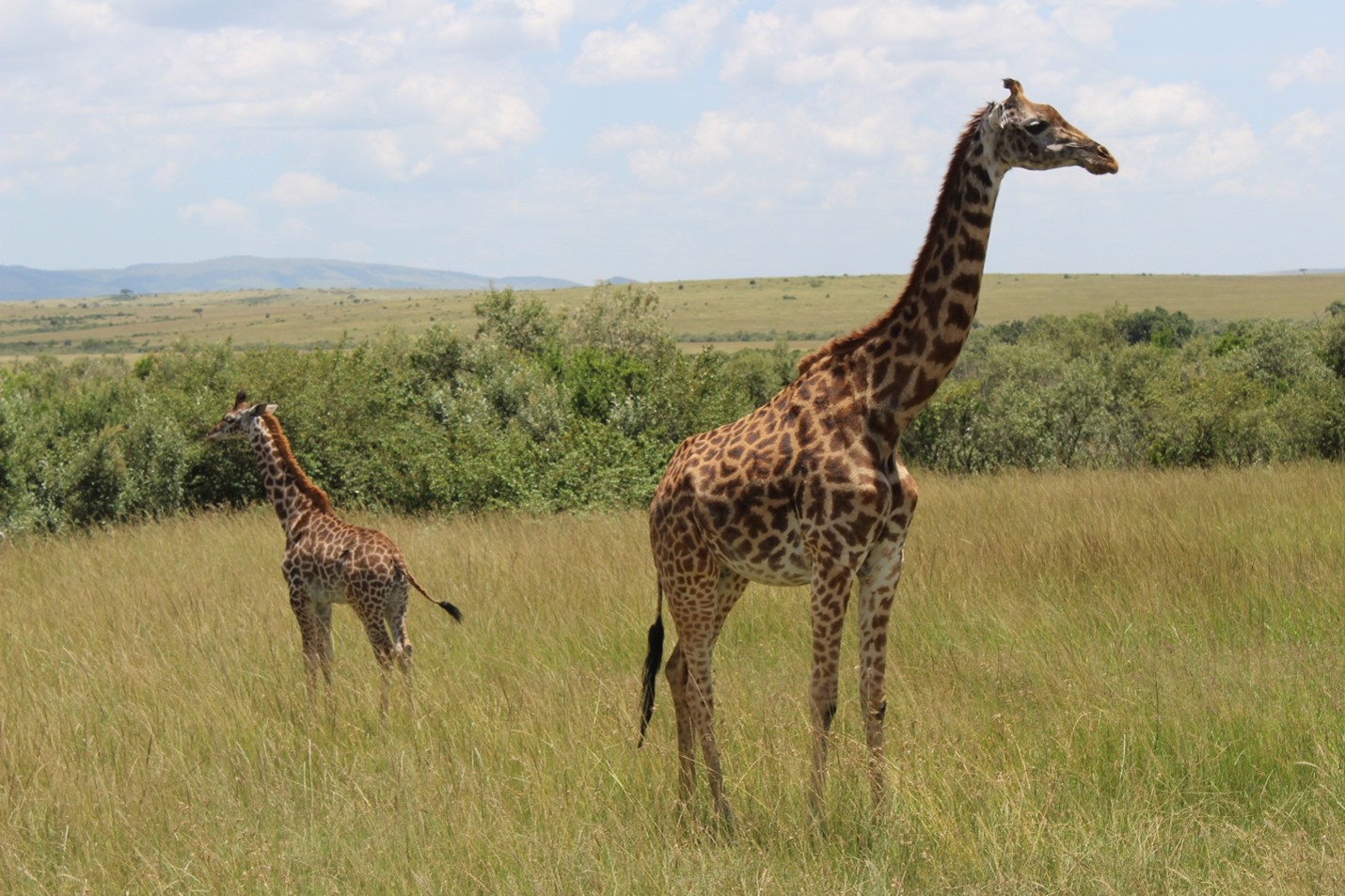 After classes, we returned to camp for lunch. For the rest of the afternoon, students had the opportunity to return to the lodge to relax and swim or go on a game drive. I chose to go on a game drive. Maasai Mara is a large reserve bordering Tanzania, connecting wildlife with Tanzania’s Serengeti National Park. Some animal populations, including wildebeest, migrate to Serengeti, leaving fewer animals in Maasai Mara ecosystem during this time of year. Because of this, there were fewer animals to observe during our game drives, particularly in comparison to Amboseli, where the small area and swamps were abundant with wildlife approaching the carrying capacity of the park.

Armed with the essentials–a hat, sunscreen, and water–we left for our four-hour drive. The folks in my vehicle were hopeful to spot a cheetah or rhino. Ultimately, we didn’t, but we did get to see lions, elephants and their young, a large herd of buffalo, hartebeests, impala, giraffes, a jackal, and a grey crowned crane (a bird species we had a focused lecture on in our Wildlife Ecology course). 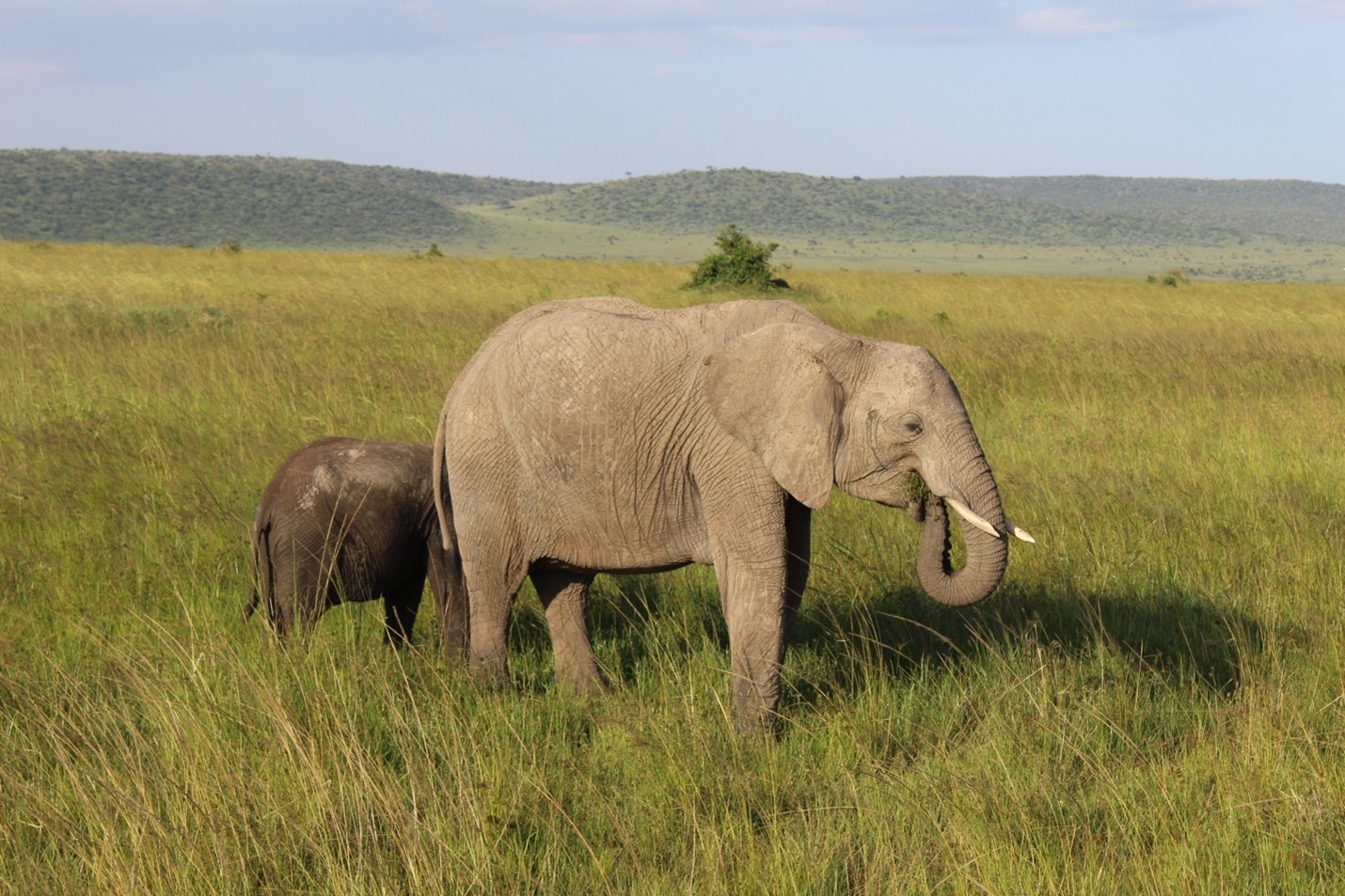 An elephant feeds her baby, hiding behind her. (Photo: Emerson Wells).

On our way back to camp, as the sun began setting, one of our two vehicles got stuck in the mud. This wasn’t the first time this has happened on expedition, but it was stuck badly enough for our other vehicle to be unable to pull it out. As staff got out of the vehicle and began gathering rocks to place in the mud, one staff member pointed on the hill above us. There was a hyena, a little too close for comfort, watching us and the commotion. Those of us in the other vehicle were placed on “hyena watch,” making sure the hyena did not get closer and alerting those out of the vehicle if it did. On the horizon across from the hyena, a storm was brewing. It was the most intense lightning storm I have ever seen, something reminiscent of a movie, with a clear message that something ominous was about to happen.

As it grew darker, we began to realize the implications of our situation–stuck in the middle of a national reserve at night, with little mobility or visibility of surrounding wildlife. It was scary and exhilarating, and though we joked in our car about our situation, we all felt confident the staff would get us back to camp in one piece.

After a lot of work, the vehicle got out of the mud, and we rushed back to camp in the dark while watching the lightning storm behind us. We arrived at camp forty-five minutes late to dinner and gathered on benches around the campfire with the rest of our peers to share stories of our adventure, feasting on pumpkin and lentils (which I’ve learned to love).

Through SFS Kenya, I’ve learned to embrace all experiences that have come my way, becoming comfortable with the uncomfortable. Maasai Mara taught me a deep appreciation for observation of landscape and an understanding that animals don’t exist to meet your needs or expectations. I’m grateful to experience SFS Kenya and the Center for Wildlife Management Studies as a place which supports deep experiential learning, whether intentionally or not. I’ll never forget nights by the campfire, sitting contently and reflecting on the day, and for that I am grateful.