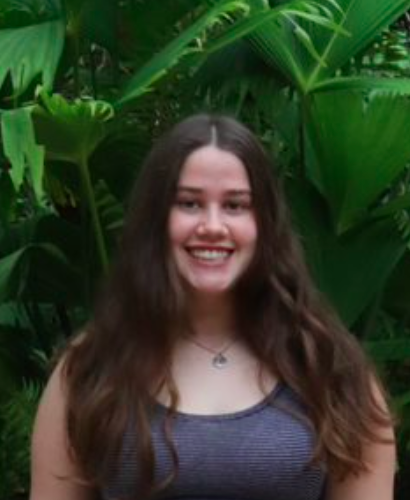 A Week in My Life: Directed Research Edition!

Our nightly boat ride back from the research site was amazing. A meteor shower was happening, and the sky was clear enough that we saw several shooting stars!

Monday
We started our week out with my favorite breakfast, chocolate chip pancakes, cooked by our amazing kitchen staff! This was our first day of sampling for our Directed Research (DR) projects, so we spent most of the day getting prepared. I am a part of Dr. Rosa’s DR group and we are studying Opiliones (grand daddy long legs) biodiversity within the different islands of the Bocas del Toro archipelago. Since Opiliones are most active at night, our sampling takes place from 7pm-9pm. Our first site we sampled was on Isla Solarte, and we found 182 grand daddy long legs!!! Our trail started at a graveyard, which is rumored to be the most haunted place in Bocas, oooooo spooky. While we did not see any ghosts, the mosquitoes were TERRIFYING and were swarming us as we tried to eat dinner. Morale was low for a second, but our Hershey’s chocolate sampling snacks picked our motivation back up.

Tuesday
On Tuesday morning, we had to go through the samples we collected and take pictures. In the field, we found a species that appears to have major and minor male dimorphisms (males that are different sizes), so we take pictures in order to digitally analyze their body measurements. To get pictures of them, we strap them to our “Opilio-meter” using rubber bands, which is a strange sight for sure. In addition to visiting different islands, we also separated our research sites into those which are ‘disturbed’ and ‘undisturbed.’ Tuesday night, we went to one of our most disturbed sites and we only found 45 grand daddy long legs (which seems to support our hypothesis, yay!). While we didn’t see as many grand daddy long legs, we still saw a lot of wildlife, including a two-toed sloth and two snakes. Our nightly boat ride back from the research site was amazing. A meteor shower was happening, and the sky was clear enough that we saw several shooting stars! 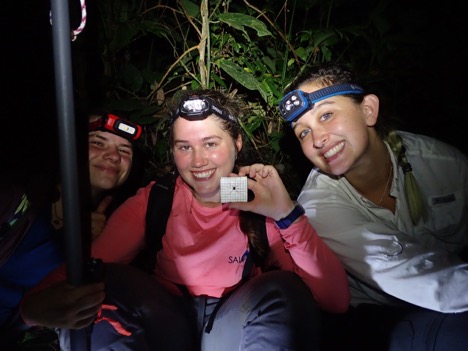 Sam, Zoe, and I with the Opilio meter. Photo by Rosa Quesada.

Wednesday
On Wednesday, we sampled on Isla San Cristobal at Cacao Blessings. Before we started sampling, we of course had our nightly chocolate. Those chocolates are our lifelines when we are sampling. We saw (and heard, thanks Rosa!) many poison dart frogs. On San Cristobal they are red with blue legs, affectionately referred to as ‘strawberry blue jeans.’ We sampled around 90 daddy long legs that night. I also held a tailless whip scorpion, which for all my Harry Potter fans, is the spider that Mad Eye Moody performs the Unforgivable Curses on in the Goblet of Fire!!!! 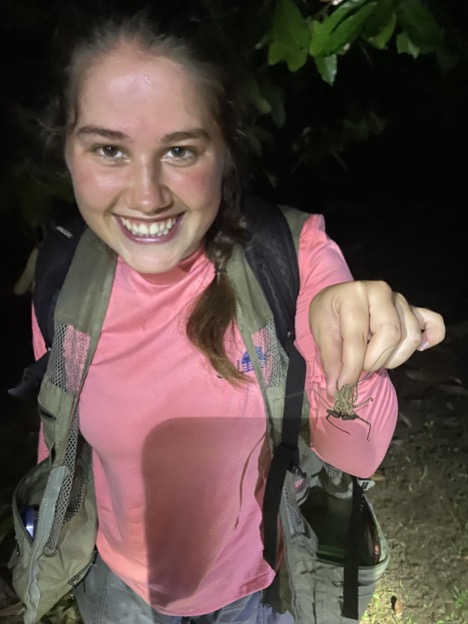 Thursday
On Thursday, we were all weary from three consecutive nights of sampling and we all slept in late. We spent the day taking pictures and hanging out by the pool. We sampled that night on Isla Colón, which meant we got to stay at the Center for dinner. I was so excited to be back for dinner and it did not disappoint. Hugo (our incredible chef) made his famous homemade tacos with guacamole, pico de gallo, and tortilla chips. It was the perfect send off for our last night of sampling of the week. We found over 250 grand daddy long legs that night, which was insane. We found five species that we had not found on the other islands. That pushed our total species count up to 17 species!!

It was amazing, and we saw a bunch of really bright ones! I’m so glad I’m surrounded by a group of people that are always open to embrace spontaneous moments and partake in everything this beautiful world has to offer.

Friday
Friday morning, we had to go scout for our second site on Isla Colón. We took a van over to La Gruta, which is a nature reserve. We couldn’t find a site that would be suitable for sampling, but we did run into a couple of scientists working with the Smithsonian Tropical Research Institute. They were releasing two bats into a cave on the reserve and they let us watch!! It was so cool to see other researchers in action and we learned a lot about the feeding mechanisms of the species of leaf nose bat that they were studying! After our hard week of sampling, we just hung around the Center for the rest of the day. After dinner, Andy and our awesome student reps planned a Spa Night for us. We all did face masks and painted each other’s nails and it was exactly what we needed to relax after sampling. As our face masks dried, we watched a classic, Twilight. Friday night was the peak of the Lyrids meteor shower that was happening, so a group of us walked out to the dock and laid down to watch. It was amazing, and we saw a bunch of really bright ones! I’m so glad I’m surrounded by a group of people that are always open to embrace spontaneous moments and partake in everything this beautiful world has to offer. 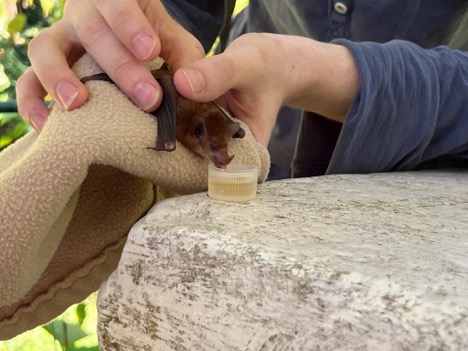 Saturday
On Saturday, we spent the first half of the day at the Center and enjoyed lunch on campus. A group of us spent the rest of the day at the Floating Bar. I would definitely recommend the Floating Bar, especially if you bring your snorkel. They have a coral restoration statue and you can swim over to the nearby mangroves. We saw a lot of cool marine life while we were there! We got really lucky on the day we went to the Floating Bar. It was the day after the full moon and we found out that meant that the glow worms would be active. Glow worms look like bright green fireflies in the ocean. They would rise to the surface and we could clearly see them, it was amazing to witness. We were allowed to get in the water and snorkel with them and while we were swimming, you could see bioluminescent plankton glow as you moved your hands through the water. It was probably one of the coolest experiences I’ve had while here in Bocas!!

Sunday
On Sunday we had to get up really early because we went scuba diving. We spent the last few weeks getting certified, and Sunday was the day we could all go together as certified divers. The two dives were amazing, and we finally saw a shark (which we had been trying to see all semester!). It was a small nurse shark, resting on the bottom of the reef. After diving, we had lunch at Leaf Eaters, which is another place I recommend (the Big Fish sandwich is amazing). We spent the afternoon resting at the Center and getting things ready for our second week of sampling. For dinner, we went to Ciao Pizza. We’ve made it a tradition to eat at Ciao every Sunday. They also sell incredible chocolate bars made with real cacao, which are SO GOOD. We ended the night all cozy, piled up in my room watching a tv show until bed. 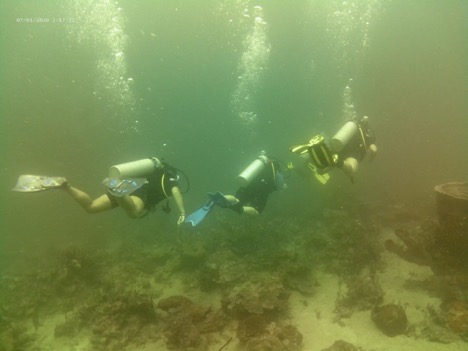 Curious to learn a bit more about the SFS Panama Center? Click here to read about why we’re based there, our environmental research focus, how we connect and support the local community, and even take a tour of the Center.