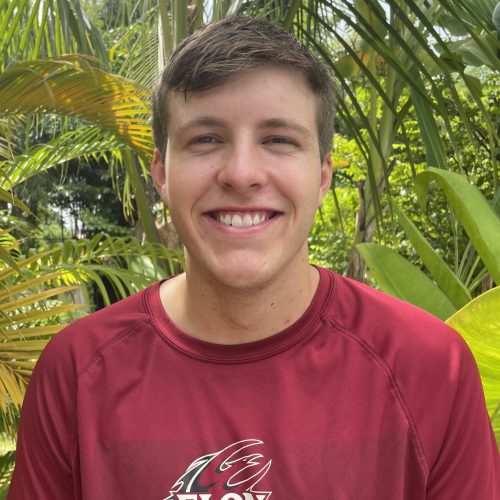 Elephants, and Slow Loris, and Gibbons, Oh My!

Palm trees stretched into the sky and created cathedral-like roofs, while clumps of massive bamboo served as supporting buttresses… It was a remarkable forest, and I am very thankful I had the opportunity to spend so much time there.

The way a person navigates a trail can reveal a lot about themselves. Some take a more cautious approach, eyes plastered a few feet ahead, deliberately, and delicately placing every step. Others have eyes tilted towards the canopy, marveling at the leafy green of the forest but stumbling occasionally. Some see the wonders of the forest floor while others feel small in comparison to the enormity of the trees overhead. Despite our differences, the harmony becomes apparent when we excitedly share own little wonders with the rest of the group.

One unique afternoon, we all shared in the single objective of seeing black-shanked douc langurs. Despite my side quests of identifying cool trees and plants, our eyes were locked on the canopy trying to detect abnormal shaking of tree branches. After a steep descent into a valley, I noticed the guide emphatically point to my right. I looked up just in time to catch a glimpse of a monkey swinging from branch to branch. We continued deeper into the forest and had a few more of such encounters. There is a certain allure to seeing wild animals up close and personal, like Molly the Gibbon at BeTreed, but the excitement and suspense of tracking a wild gibbon through the jungle is unmatched.

About 45 minutes into our hike, we came upon a massive tree that had been taken over by a strangler fig. This tree had an incredibly thick trunk and branches that spread as wide as a football field. 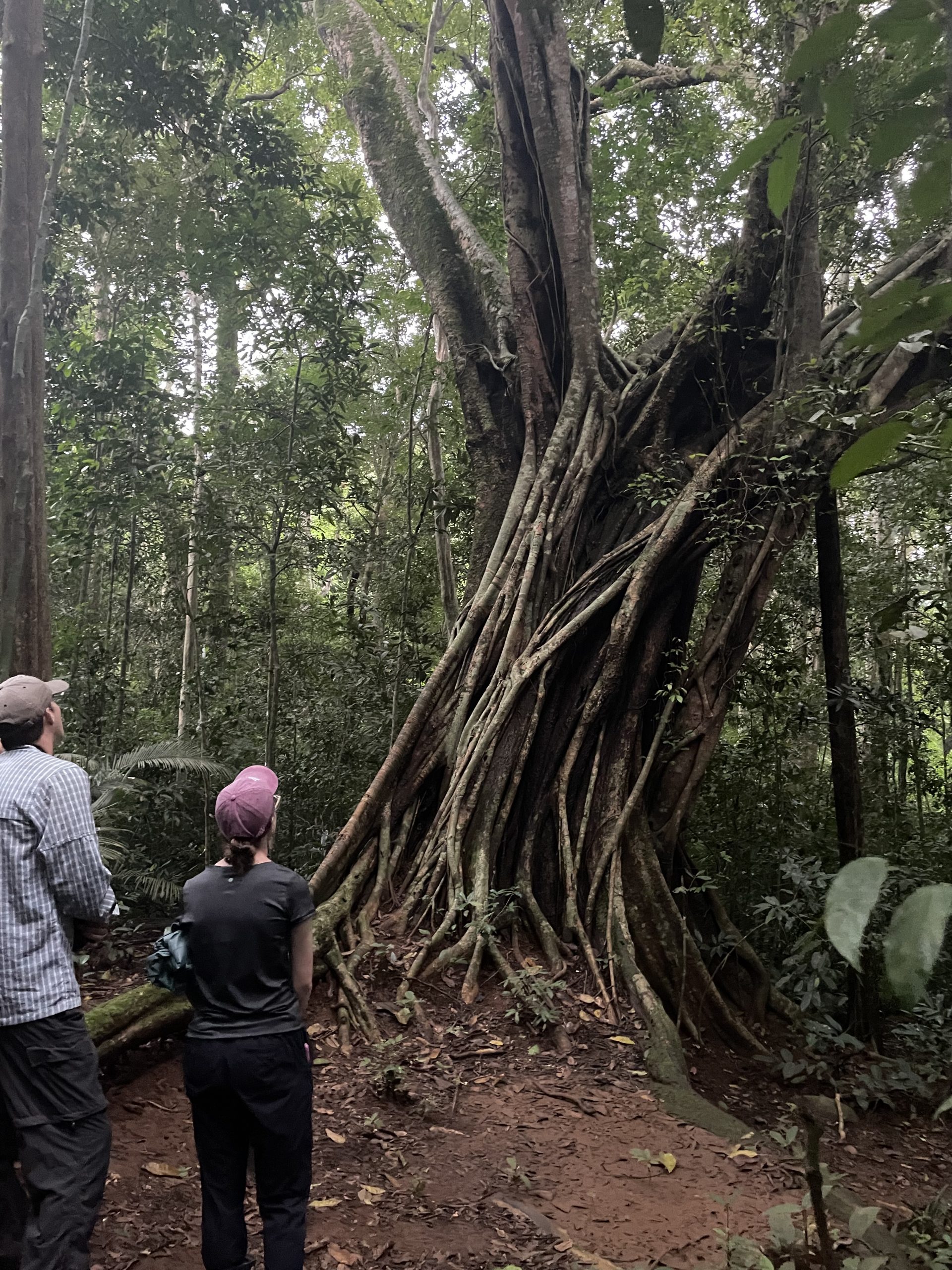 We were told by our Bunong (one of the Indigenous peoples of eastern Cambodia) guides, that this tree was selected as the site for a ceremony and sacrifice to welcome the Gibbons to the forest and bring peace between ape and man. This morning, at Elephant Valley Project, we learned that the elephant was the sole sacred animal of Bunong culture; the ceremony puzzled me. After a few questions, we learned that the ceremony to the Gibbons first occurred in 2012, so the worship to the Gibbon is a modern phenomenon. According to Bunong folklore, gibbons are people who chose a life of lazily stealing food from farmers rather than working to grow their own. However, gibbons learned from their mistake and no longer steal from humans, which is true: our guides told us that the gibbons of Jahoo never raid farms, unlike the macaques. Given the modern prevalence of human-elephant conflict, the elephant’s decline, and the favorability of the gibbon, it seems that Bunong spiritual practices may be shifting in the direction of the gibbon, to my untrained eye. We almost escaped the evening rain but spent the last 10 minutes of our hike becoming drenched to the bone … well, those who had the foresight to bring a rain jacket stayed dry.

We have spent time at the Elephant Valley Project. This morning and yesterday, I not only saw 7 elephants including a baby, but had the opportunity to perform a health check. Elephants are truly remarkable creatures with incredible trunk dexterity and deep, emotional eyes. Spending time with them has left me with a new appreciation of these giants. We witnessed the sheer volume of food that elephants must consume, participated in the rehabilitation occurring after lives of servitude to tourists rides and logging, and learned of the complications of balancing conservation and animal welfare with human needs – including those of the Indigenous Bunong community. I had a wonderful time at EVP and will continue to appreciate and advocate for elephants because of it. 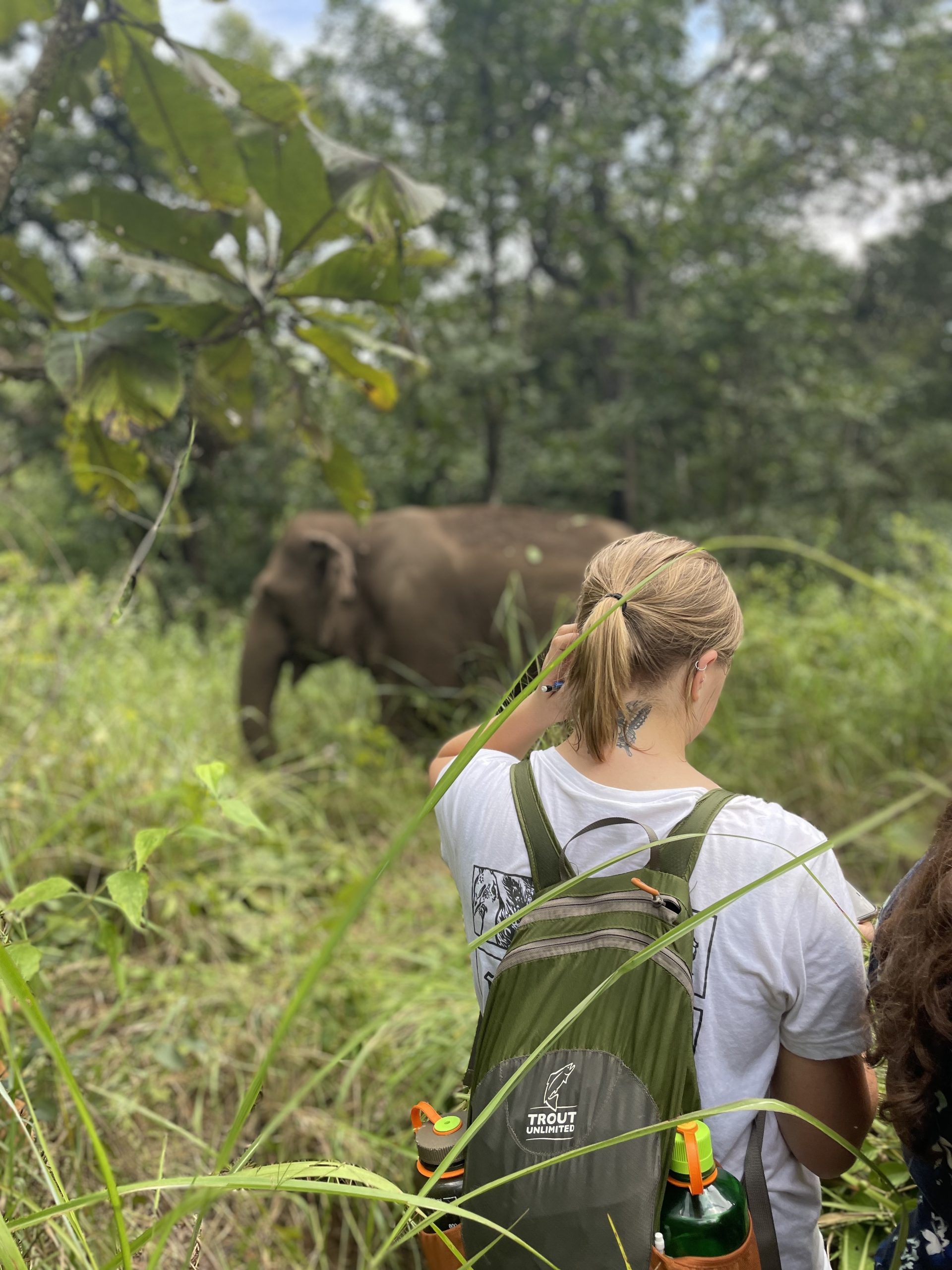 In the evenings, we enjoyed a few rounds of cards and a tasty dinner. Next, we donned our headlamps, secured our rain jackets, and took off into the forest for an evening of ‘night spotting.’ A small scorpion, a resting kingfisher, and small green gecko welcomed us into the nighttime forest. The prized find was the Slow Loris, currently endangered due to their use in traditional medicine and as pets, but habitat loss remains the largest threat. Usually, I would be terrified of the forest at night, but I felt safe with the group. Navigating around a muddy spot, I clumsily ran back through it when I heard the whistle of a find.

“That’s a big tarantu… crab?!? What in the world is that doing here?”

In the middle of a mountainous Cambodia jungle, sat a purple crab with joints accentuated in orange. Apparently, this is a species recently known to western science – it has yet to be named. What a cool treat!

The next morning, we arose before the sun in preparation for gibbon watching. We left at 5am to arrive at the common roosting site of ‘Group 2,’ a family group of 7 southern yellow-cheeked crested gibbons in Keo Siema Wildlife Sanctuary. As the first beams of sun set the canopy ablaze in an almost florescent green, the forest became alive around us. 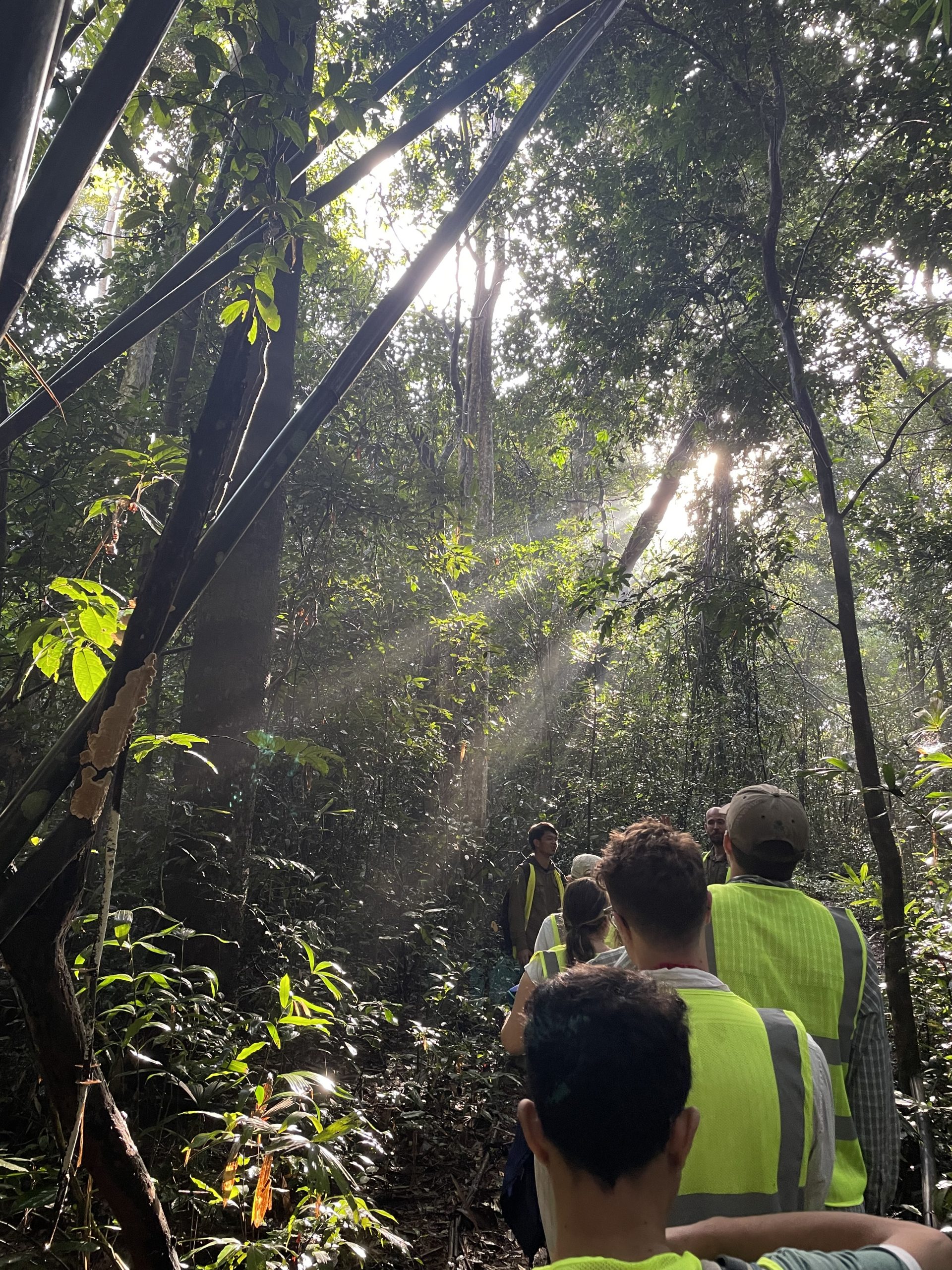 Birds sang and cicadas shrieked. The slow patter of drops from last night’s rain provided a percussive rhythm to the symphony, and we kept our voices to a whisper. Neck craned towards the sky; I caught a flash of an ape swinging through the canopy. It was once again an exhilarating and fleeting glance. The wonder grew as the gibbons began to sing their wake-up call and mark their territories. The slow patter increased to a steady drum at gibbon activity, sending waves through the canopy. We maneuvered to get good angles and even saw a baby gibbon!

The gibbons were great, but for me, the forest was just as good. The jungle was dense and green. Palm trees stretched into the sky and created cathedral-like roofs, while clumps of massive bamboo served as supporting buttresses. Fallen trees rotted on the forest floor and vines thicker than my thighs decorated the branches above. It was a remarkable forest, and I am very thankful I had the opportunity to spend so much time there. Eco-tourism organizations manage a complicated balance. Protecting endangered and ecologically important species while providing economic stability for local, often Indigenous, people. However, these two projects in Mondoulikri (Jahoo and EVP), have seemed to find that balance.

Curious about the SFS Cambodia Center? Click here to read about why we’re based there, our environmental research focus, how we connect and support the local community, and even take a tour of the Center.