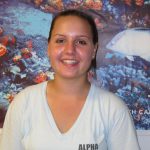 Wow! The semester is already half way over and so much has happened in just the past week. Last week we flew over to Providenciales for a couple days of ecotourism and then four days of break. We took a ferry from Provo to North Caicos and then drove across a causeway to Middle Caicos. We explored the Conch Bar Caves, a limestone cave system, and saw three different types of bats as well as markings from visitors in 1915.

Then we drove to the most amazing beach called Mudjin Harbor, where a short walk along a cobblestone pathway atop the cliffs lead to a secret passage for a separate secluded beach. The crystal clear water against the white sand beach seemed directly out of a screen saver. After lunch in the amphitheater-style rock wall, we drove back to North where our tour guide, Naki, showed us Wades Green Plantation, a 3,000 acre estate which belonged to a Florida Loyalist named Wade Stubbs. In 1800, the largest single escape of slaves in the Bahamian Archipelago occurred from this plantation. The 14 people left their marks behind by carving sailboat figures into various walls before sailing to Haiti.

After returning to Provo by ferry, we visited the Caicos Conch Farm, the only aquaculture production of Queen conch in the world! We were able to view every stage of the production process from the veliger, or conch larva, to the mature adult. All of this happened in just one day on break.

The rest of our break consisted of lounging by the poolside, swimming in the ocean at Grace Bay, and taking the occasional trip out on a catamaran. It was a much enjoyed break from all of our hard work here at the center. We have six more weeks left and only two until our directed research projects begin! Here we go again! 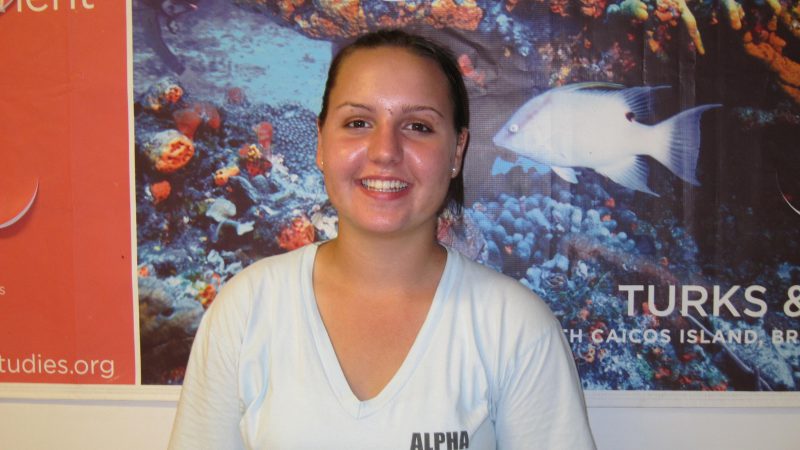