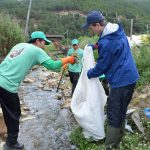 On June 16, 27 Bhutanese students from the Ugyen Wangchuck Institute for Conservation and Environment (UWICE) joined with 20 North American students from The School for Field Studies (SFS) gathered in Chamkhar to clean up Jakar Rongchuu, the stream that runs through the town. Divided into seven teams, the students focused on a small downtown section of Jakar Rongchuu, picking up trash in and around the stream. 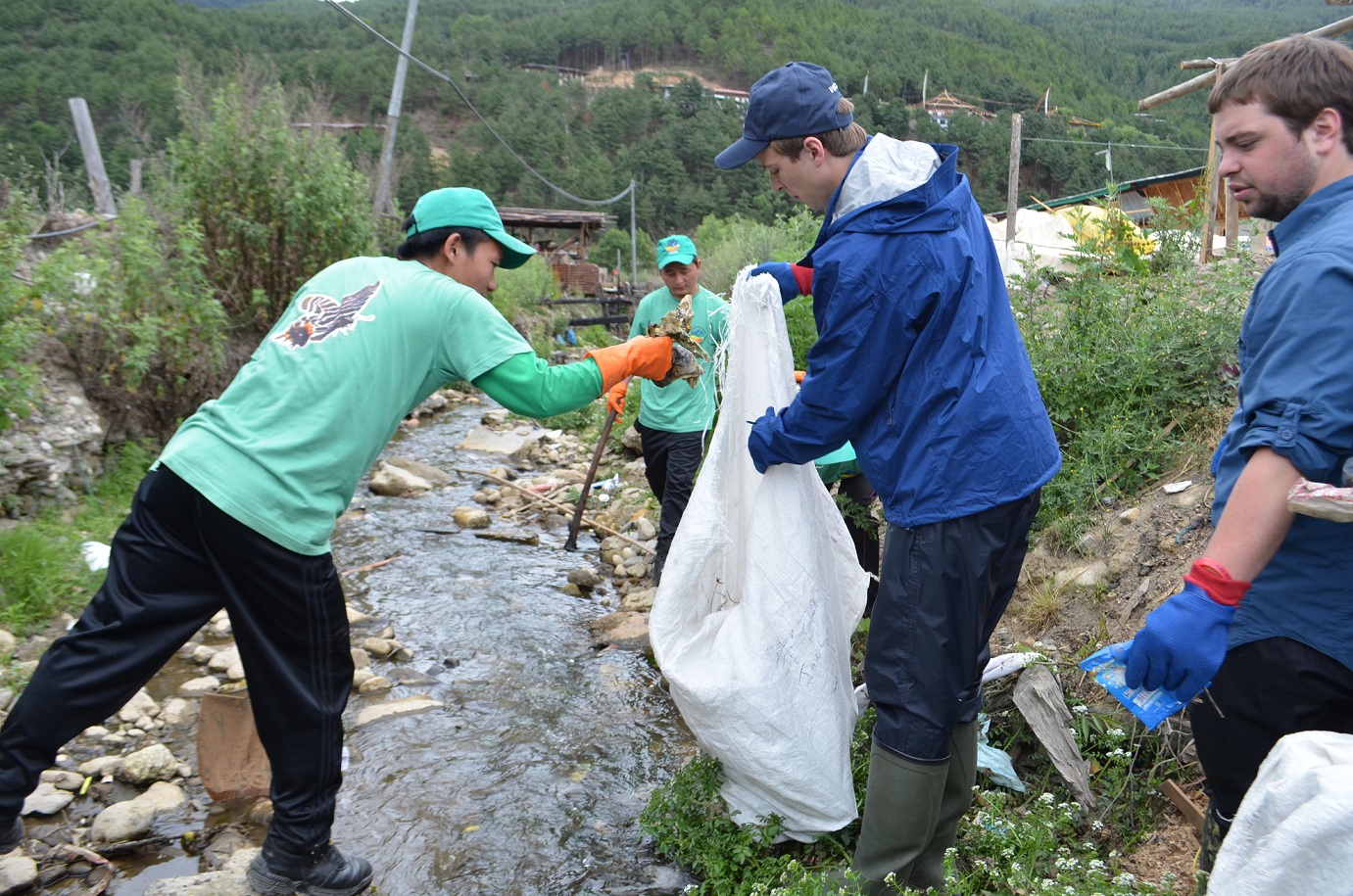 Jakar Rongchuu winds its way down the mountain that sits above Chamkhar, flowing through UWICE’s campus in Lamai Gompa, past Jakar village, and into Chamkharchuu. Students were surprised at how quickly the stream changed from the UWICE campus and into Chamkhar town, where human impacts of pollution and littering are much greater and much more visible. All were eager to do their part in cleaning the waterway, and within minutes of stepping into the stream, students quickly filled their garbage bags and buckets with debris caught in the sediment and rocks.  After spending only two hours in the stream, the students collected an entire truck’s worth of garbage, which was taken to a local landfill at Garpang. Many noticed immediate improvements in stream flow and a decrease in trash, though all agreed that many more days could be spent cleaning the entirety of the stream.

In addition to restoring stream health, the cleanup also provided a valuable learning experience for the students. Several SFS students were surprised by the quantity and content of the litter found in the stream, observing differences between stream cleanups conducted in their own communities in the U.S. and the one they had participated in at Jakar Rongchuu. In a discussion after the activity, some students noted the absence of Styrofoam and plastic bags found in the stream, but were concerned about the excessive volume of trash collected. Bhutanese students and staff were also very enthusiastic about the cleanup, hoping that it would provide a positive example for the residents of Chamkhar.

This was the first year UWICE and SFS have collaborated on a stream cleanup, with both hoping to continue the activity next year and to include more of the Chamkhar community in cleanup and education efforts. 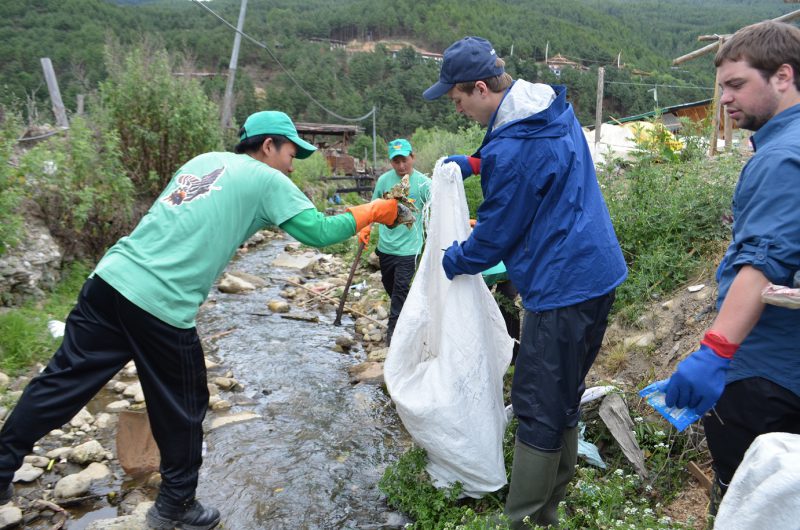