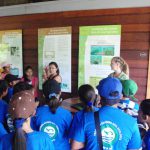 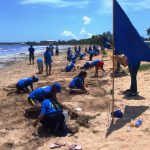 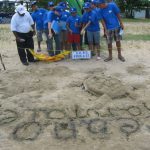 People always say that speaking two languages opens doors for you, and I’ve realized how true this has been for me in Panama.  While my fellow students were enrolled in Spanish language courses all week, I was afforded unique opportunities in the community from teaching in the local high school to presenting on beach ecosystems and judging at the regional Sand Figure Contest.  Overall, I was able to make more personal contacts within the community and government organizations and develop greater insights into the educational facilities and systems of the country.

During the week I spent two mornings visiting the local high school in Bocas town.  When I went walked into the classroom for the students were very shy and seemed to be intimidated by the presence of a foreigner. The students introduced themselves and talked to me about their future careers.  This direct interaction with them helped to break the ice, and from this point on they began asking many questions about the differences between the United States and the Panamanian education systems.  Once this conversational session was over, the teacher quite unexpectedly handed her class over to me by presenting me the teacher’s book and having me teach both lectures.  Although I did not arrive mentally prepare to be leading high school classes for the first time, I accepted and took on the position before me.  At the end of the morning I realized what a great first-hand teaching experience this was for me.  By being in the teacher’s position, I was able to get a taste for educational process and system from the instructional side.

for me and enjoyed participating in some interactive games I played with them to help them with their English.  The teacher was very enthusiastic to have me, or future students, back to her classroom. We exchanged contacts so that they could visit and learn more about the ecological systems we SFS-ers are studying during the semester based at Smithsonian’s Bocas Research Station.

The fortuitous timing of the week also provided me with

a chance to participate in an important event in Bocas del Toro: the annual Sand Figure Contest!  The ecological “Programa Bandera Azul Ecológica” is an initiative managed by the Office of the First Lady of Panama with support from Panama’s Ministry of Education and locally hosted by Smithsonian Tropical Research Institute (STRI).  Prior to the event, I had taken time to prepare a presentation on the importance of beach ecosystems for participants as part of the day’s educational component.  My presentation was given upon the participants’ arrival at STRI to 30 students from the region and their teachers along with government representatives.

Then it was onward to the beach called Playa La Cabana, where 4th through 6th graders representing 8 schools would compete for the title of champions of Bocas del Toro in order to advance to the national Sand Figure Contest.  Each team consisting of 4-5 students was given 90 minutes to construct their representation of this year’s theme:  “Oceanos:  El Motor de la Biodiversidad”.  While the kids were working, I had the opportunity to speak with many of the educators and event organizers to establish some new relationships

When it came time to judge each of the school’s figures, it was a very tough decision!  We made sure to remain focused, as all the figures were excellent and some of the students were able to articulate very accurately and symbolically what the ocean represented not only to themselves as Bocatorenos (people of the Bocas province) but to humans as a whole.  The children were all pleased with their results and anxious to see if their interpretation would be favored by us judges.  In the end

we were all inspired by the students’ energy and commitment to protection of their waters for future generations.  In that, we were all winners. 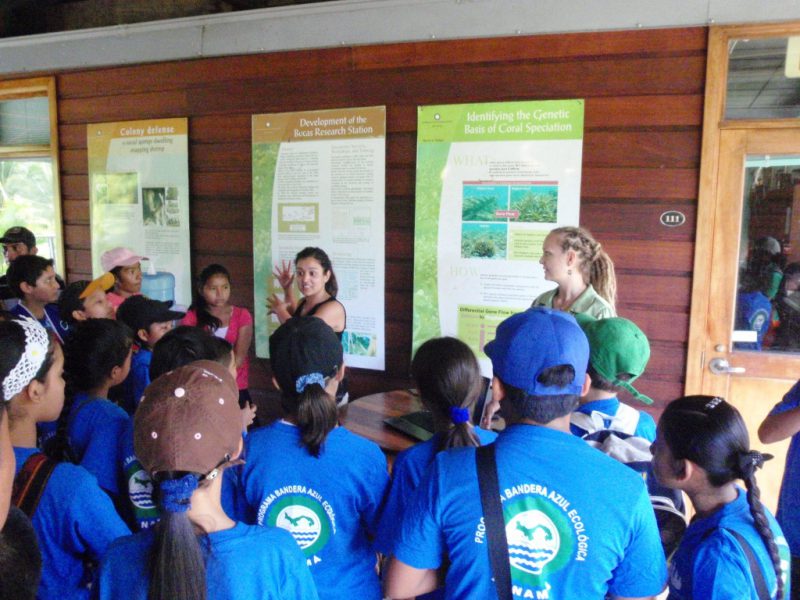 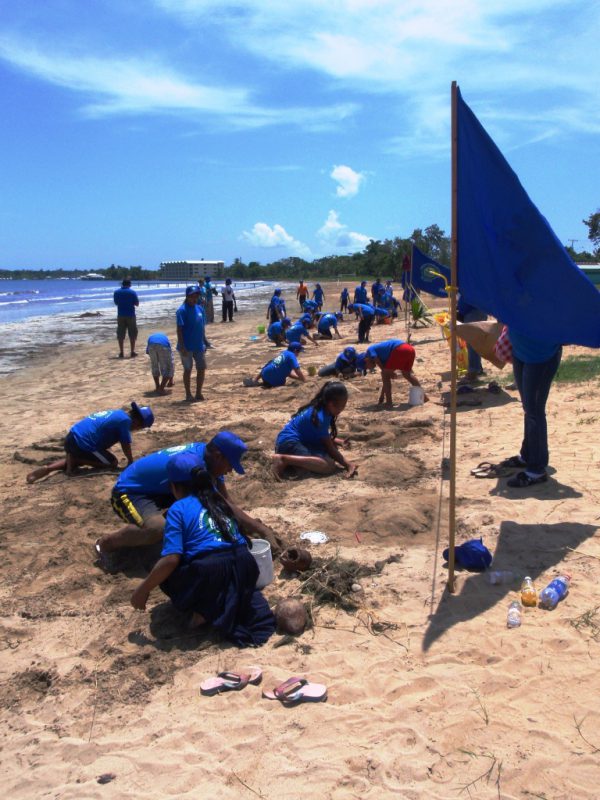 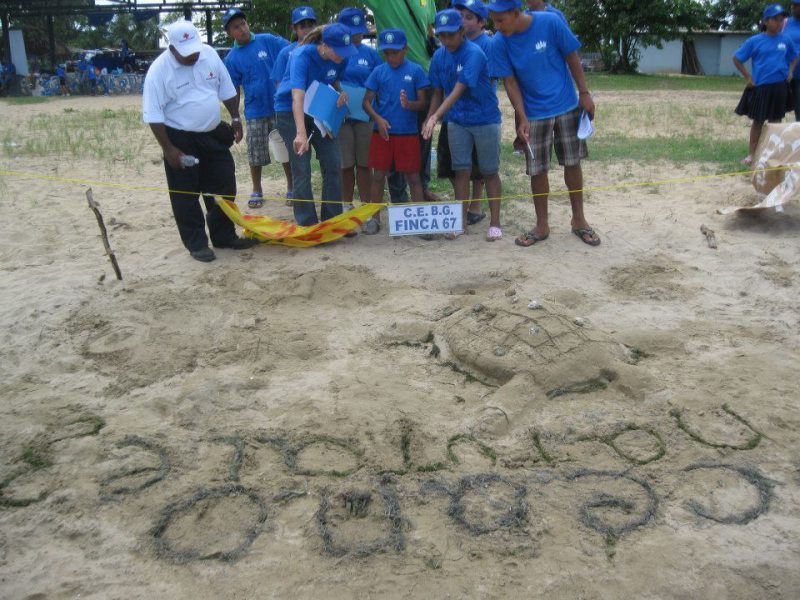