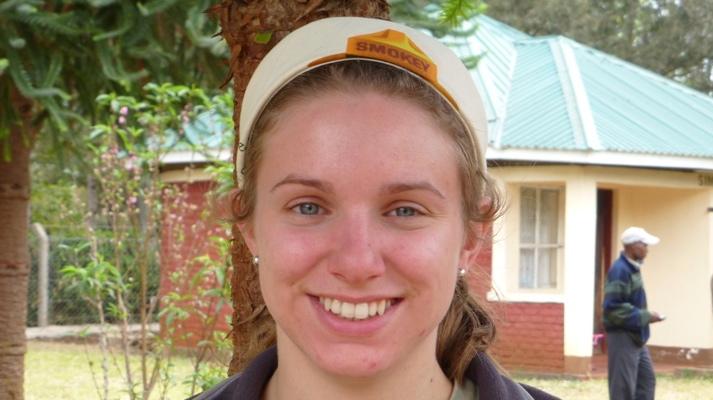 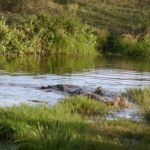 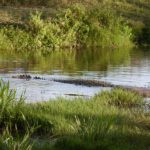 The Crocodile and the Hippo

Five leopards, eight cheetah (including four cubs), more than forty lions, three servals, two kills, and hundreds of hippos. I think these are pretty impressive numbers; however, these numbers do not truly tell the story of my experience in the Serengeti.  What does tell my story is the story of one very dead hippo and one very large crocodile. 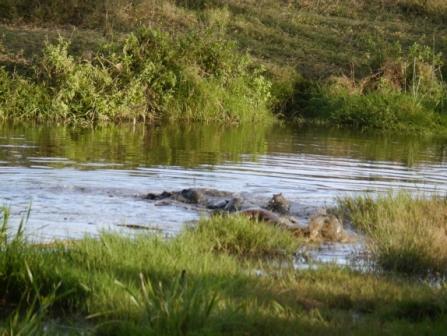 On our first day in the Serengeti, we drove through some of the park on our way to the dik-dik campsite. At the last hippo pool we came across, we found over 40 hippos, and one hippo floating oddly on its side. A quick sniff of the air told us what we suspected: this was a dead hippo. A crocodile quickly surfaced alongside the carcass, and we were all excited to see our first feast in the Serengeti. Unfortunately, instead of taking a crocodilian bite out of the carcass, the croc pushed the hippo towards the shore and swam off. We were disappointed, but knew we had four more days to check on the carcass… plenty of time to catch a crocodile in action.

Every day when heading back to camp from a game drive, we checked on the hippo. On the second day, the rotting scent was in the air, but the dead hippo was nowhere to be seen. One of our professors — Dr. Christian Kiffner — told the group that crocs like to submerge their meals before eating them so the meat rots faster. Apparently, crocs prefer rotting meat because it is easier for them to eat; those powerful jaws are great for the initial kill but not good for ripping off bite-size hippo chunks. On the third day in the Serengeti, the carcass was still out of sight, but we spent time observing the hippo pool, hoping to see the crocodile. Instead, we got a treat, the sight of two huge hippos running along the bank of the pool, headed back to their cool resting spot. Hippos look incredibly ungainly, but their speed impressed all of us. 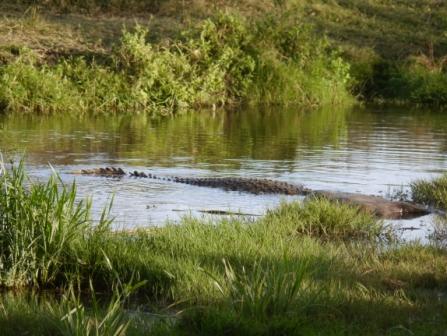 The fourth day in the Serengeti, we went to a lodge for swimming and on the way back we saw a few cars parked near a flock of maribu stork along a pool. As we pulled up to the cars, we realized, they were not looking at storks, they were looking at a huge crocodile and a stinky dead hippo. The carcass had reached the perfect stage in decomposition. We watched in awe as the croc nosed around the floating feast before it took hold of one of the legs and executed a perfect death roll. At last, our patience paid off and we were rewarded with a glimpse of the circle of life.