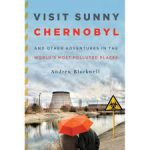 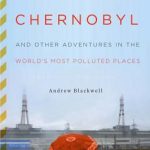 There is a wooded path near my home that, until recently, welcomed runners, bikers, and dog walkers with this cautionary sign: 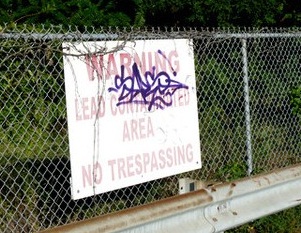 Passing the sign on my evening runs was disheartening, but it was also intriguing. How did my quaint seaside neighborhood get so polluted anyway? I did a little research.

It turns out that from about 1840 to 1906, this site was home to the Forest River Lead company, where workers produced 6,000 tons of white lead (a base ingredient for paint) per year in one of the country’s largest factories of its kind. The last building burned down in the late 1960’s, and the toxic woodlands and beach lay empty and undeveloped for decades while clean-up talks and proposals went nowhere. A fence was installed to restrict access to the land and waterfront and limit possible exposure to lead, but residents still frequented the open pathway that cuts through the property.

I admit it. While I did not welcome the pollution or appreciate the lack of public access to the waterfront, I found the history riveting. I liked to imagine the now quiet, empty land when it was bustling with workers, dotted with smokestacks, and humming with the clanging of 19th century industrial activity.

So, when I picked up Andrew Blackwell’s book, “Visit Sunny Chernobyl,” (our SFS Reads selection for December) I could relate.

The author is altogether fascinated by contaminated landscapes, and by the people that live and work there, too. But unlike me, who envisions historical degradation, Blackwell travels to toxic and filthy spots in their prime. Inspired by a chance visit to Kanpur, India and its “dysfunctional sewage treatment plants, illegal industrial dumps, poisonous tanneries, and feces strewn beaches,” he embarks on a tour of the places he deems to be “the world’s most polluted,” including Chernobyl, China’s coal country, the Western Garbage Patch, India’s Yamuna River, and the tar sand mining operations of Alberta, Canada.

The book reads like a travel memoir. While it provides an excellent history and overview of each area, it focuses more on Blackwell’s personal observations and experiences. He deliberately visits them as a tourist might – checking out the local museum, taking the guided bus tour, and going for leisurely hikes and boat rides. He chats with local residents, attends local festivals, and tries to get sense of what it’s like to be part of these notorious communities. And, he does seem to have a pretty good time in these sullied and desecrated places!

Along the way, he makes the case that we should start accepting and understanding the planet as it is – full of people, industry, and even waste – and not as a romanticized wilderness. Sustainable solutions to large environmental problems must take into account the people that depend on natural resources for their livelihoods. This becomes most clear for Blackwell, perhaps, in the Amazonian rainforest, where he realizes that a group of loggers can be “angels of sustainability.”

It is a sentiment we often hear from SFS students, who learn to view environmental problems from an economic, political, and sociological perspective, as well as a biological one. They see the complexity of conservation work and gain an entirely new outlook after meeting with local fishermen, farmers, ranchers, and ecotourism operators.

Recently, I interviewed Emma Impink Kenya Spring ’09 for an alumni profile, and here is what she had to say on the subject: “I’ll never forget one day, when I was conducting interviews during my SFS Directed Research Project, a young man in Kuku Group Ranch asked me why I, an outsider, was doing this research when someone in the local community could do it more effectively. It was a surprising moment that challenged me to really think about my role in the world and the importance of facilitating local leadership and involvement in issues. It provoked an ongoing reflection on the role of ‘outsiders’ and the potential for community partnerships to address pressing development issues. I firmly believe that without local investment and engagement, even a well-meaning intervention cannot be sustained.” These are wise words indeed.

And as for my local polluted site? A deal was finally been brokered to launch a million dollar clean-up project in the area. The forest was razed, soil and sediment were excavated and removed from the site, and fresh, uncontaminated sand and dirt were brought in. By April 2012, the digging and filling was complete, and workers began planting new trees and shrubs. The sign has been removed, and when I take an evening run, I pass green meadows and a lead-free salt marsh; its former polluted state is now just a memory.

“Visit Sunny Chernobyl” was our second selection for SFS READS, our new book club! We do not have a formal meeting or membership, it’s just a chance for everyone in the SFS community to come together and exchange ideas. If you have some thoughts to share on “Visit Sunny Chernobyl,” please let us know in the comments!

And let us know your ideas for our next book pick! 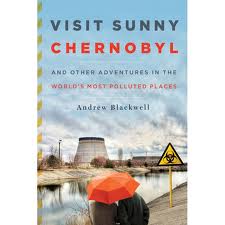 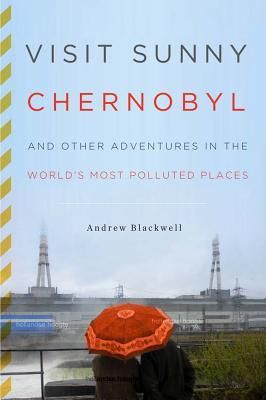