The following is a summary of a recent article published by the research team of two SFS Costa Rica summer students, SFS’s Lecturer in Tropical Ecology, and a graduate student from Costa Rica.

The global land surface temperature has increased about 0.27 °C per decade since 1979. This gradual increase in temperature is likely to induce rapid shifts in plant and animal distributions. It has been suggested that climate change will trigger shifts of species distribution towards higher elevations. For instance, altitudinal shifts in distribution and abundance of vertebrate species have been reported in Monteverde, Costa Rica. Given this previous evidence, we decided to investigate if the symbiotic Cecropia-Azteca ant relationship along its natural altitudinal range has been affected by recent climate change. 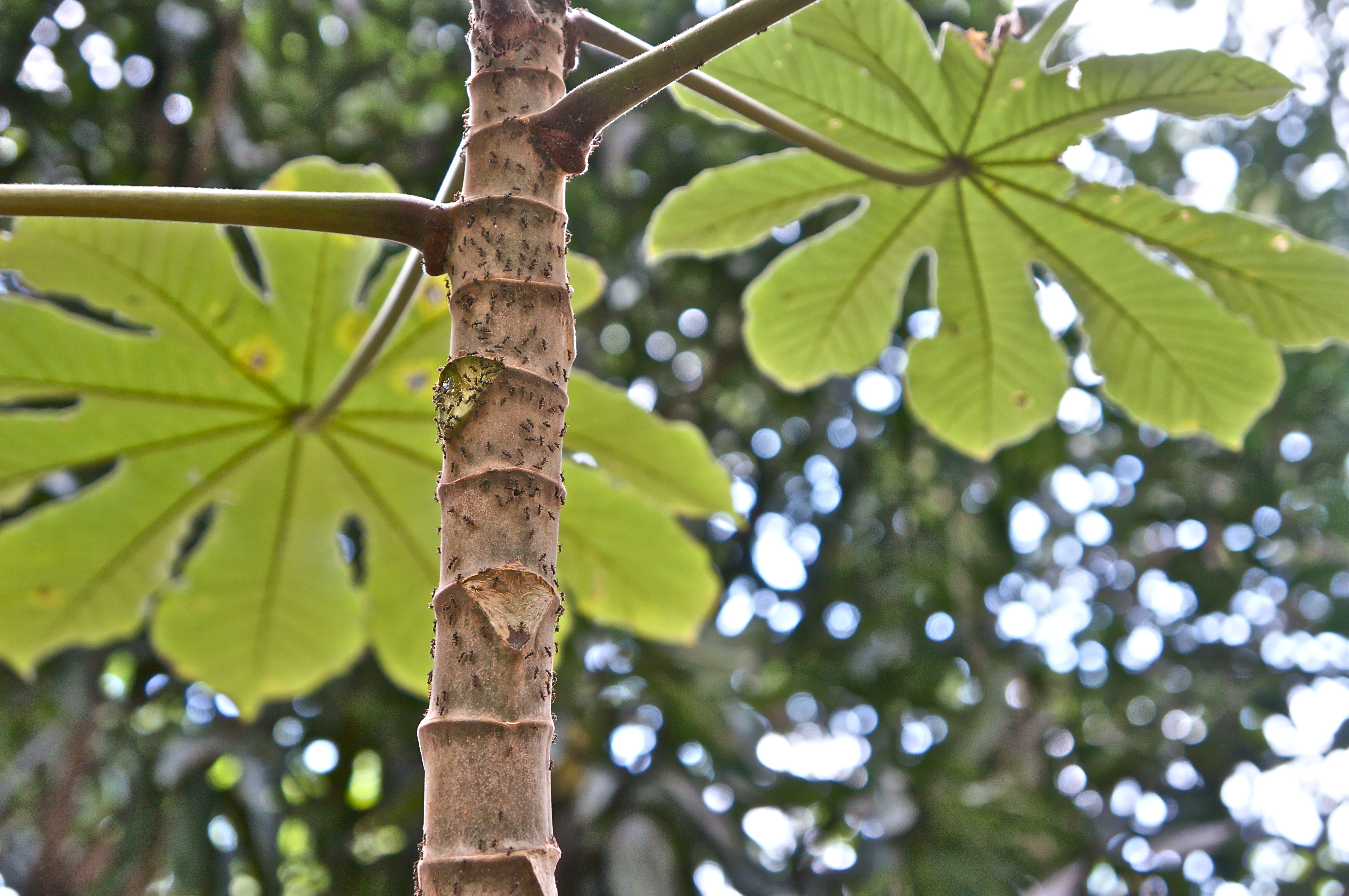 Azteca ants nest inside the hollow interior of myrmecophytic Cecropia species and feed on the rich glycogen Mullerian bodies that the plants produce. In return, it is theorized that the ants increase the fitness of Cecropia by protecting it against herbivory and vine infestation. According to Longino (1989, Biotropica 21(2): 126-132) the symbiotic relationship between Azteca ants and Cecropia trees did not extend beyond 1400 m when he surveyed the Monteverde Pacific transect in 1985.

In light of the evidence of shifts in local climate in association with global warming and of related shifts in the altitudinal distribution of organisms – for the Monteverde area and elsewhere – we expected an uphill shift in the range of the Cecropia-Azteca since the last report 26 years ago. To test our prediction we conducted an ant survey in June 2011 covering altitudes between 940 m and 1645 m along 17 Km in the same area as the survey in 1985. We tested for the presence of Azteca ants by knocking and shaking the Cecropia trees. When ants were present they would be visible near the top of the tree or along the trunk. We used a four-meter pole, with adhesive tape attached to it, as a tool to collect the ants for further species identification. We found that seventeen Cecropia trees contained Azteca ants while 34 did not. The highest elevation of Cecropia-Azteca presence observed was 1540 m, which is 140 m above the range reported in Longino’s survey. Nine Cecropia trees found within 1401 m – 1595 m housed ants.