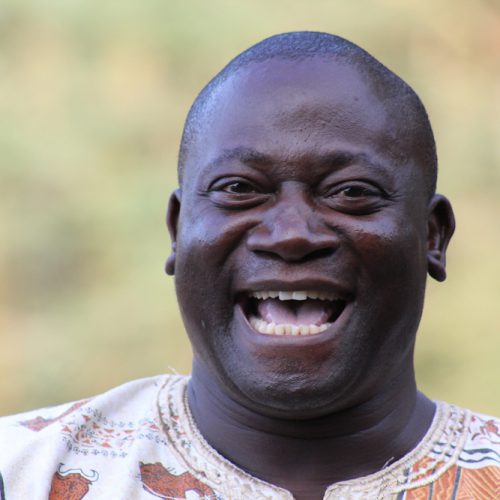 The Experience of Collaring Elephants: Partnership, Research, and Conservation

Participating in the collaring exercise to track African elephants has been a high point in my academic and professional experience. The project, a collaboration between The School for Field Studies (SFS), the International Fund for Animal Welfare (IFAW), and Kenya Wildlife Service (KWS), is intended to track elephant movement and elaborate on their space needs and competition with human resources. Radio collaring elephants will enable satellite tracking and provide vital information on conflict areas, space use and ranging patterns, habitat use and requirements, and the presence of interacting sub-populations that may potentially form a larger meta-population.

Watch a lecture by Dr. Okello on this elephant research

SFS is providing lead scientific contribution, while IFAW is assisting with technical and funding aspects, and KWS is leading the agency collaboration and partnering with SFS to provide information relevant to broader elephant conservation strategies for the government in Kenya.

The collaring operation occurred in two phases in mid-February and mid-March. The exercise could be compared to a “security operation” because of the immense logistics, cost, and danger associated with it. High coordination, promptness, and loyalty to time and responsibilities, including a detailed brief on the “do’s and don’ts” during the exercise, were critical for the success and safety of the operation.

In this operation, we had several teams of participants, each with clearly defined roles:

At times there was no helicopter available for use, which meant that the operation had no such support. Normally, there should be a light fixed-wing aircraft to help with spotting elephant group targets and guiding the ground team. Additionally, a helicopter may provide a platform for shooting a dart, isolating the darted elephant from the group, and warding off other elephants (because of its noise and versatility), and by providing rapid movements between teams as necessary.

Due to lack of the chopper, the first phase of shooting tranquillizer darts (“darting”) was done from the ground and only three elephants were collared at the end of the full two days. For this operation, it was decided to dart only males as they live mostly in isolation (or loose groups that would easily be isolated).

At daybreak, the spotter team in the fixed-wing light aircraft lifted off from nearby airstrip and identified the target location for elephant candidates. Once they spotted suitable candidates, they communicated to the ground team leader so that the vet and capture unit could move to the elephant group and identify a suitable male (not too old, between 20 – 35 years of age) for darting. The vet and the elite KWS capture team then pursued elephants, isolated them, and came close enough for the vet to dart from a pursuing vehicle. At that point, all other teams were left at a location about 50 meters behind until they received signal that the area had been secured from other elephants and the target was “drunk.”

Once the elephant was almost down, the security team was called in to secure the scene and ensure no other elephants were within ten meters of the operation. The rest of the ground team with critical roles came in turns. Specific team members were tasked with watering the elephant to cool it; tagging the elephant with paint to identify it in case it lost the collar shortly after deployment; deploying the collar; measuring back length, spores, tusks, shoulder length, age determination; taking blood and parasite samples; and taking general notes including collar identification and frequency.

Generally, the animal was down within ten minutes of darting. The entire process of collaring and taking scientific measurements took less than five minutes. Revival of a darted elephant took less than two minutes. Immediately after collar deployment and measurements were taken, the ground team leader gave an order for everyone to clear the scene, get in vehicles parked facing the opposite direction and drive off (or observe from inside vehicles), except for the vet who would then give an antidote and stay in the car until the elephant awoke and moved away. After the event, all vehicles drove quickly and in a convoy to the next site, and were debriefed on the next site location.

The second phase with a chopper was even more efficient and interesting. Once the spotter in the light aircraft identified a location of candidate elephants, the ground team was asked to move near the general area, and the chopper (with a vet and identification experts) went directly to the group to identify a suitable candidate.

The second session focused mainly on females. We spaced out our collaring locations as much as possible to capture different elephant sub-groups. The identification experts in the chopper decided if the target group was different from others darted and made the call to go forward or not. If the target group was a candidate, the chopper maneuvered the family herd to a place easy to access by the ground team and once in a better location, the vet could dart a suitable female (not pregnant, not a matriarch, generally 15 to 25 years old). The chopper then hovered around it (while the ground team moved closer towards the scene) until the darted female went down.

Once down, the chopper moved closer and isolated other females, driving the entire herd away from the darted elephant while the security team moved in to secure the scene. This is where the chopper was most useful because some family members would not leave behind a “fallen sister,” and would be stubborn, but all had to be chased away from the scene safely before the collar deployment and scientific measurement could be done. I saw several female stubbornly protect the “fallen sister” and I then realized why the chopper was critical, as well as the earlier safety briefings!

The highlights were identifying the target group from the chopper, taking measurements on the “sleeping giant,” and observing that these huge pachyderms were “an ecosystem” of their own with many parasites, ticks, and other suckers hanging on and foraging on them! Watering was critical to cool the elephant and keep it from over-heating—elephant size and the effects from the immobilizing drug could increase metabolism and compromise ventilation and cooling process. Elephants can still see and hear, hence it was critical to keep the noise and excitement down, and keep everyone else away (5-10 meters) except for the groups that were doing their work in turns.

Security of the crew was critical. There have been records of people killed during such operations (because they ignored the “do’s and don’ts,” or were so excited to take pictures even after the animal was revived!). Some elephants have also died in other incidences because they fell at wrong angle, or were not cooled, or the interaction with the medicine took a fatal dimension. The drug used (a single elephants dose) would kill over 100 people. So we all looked it from a distance! The logistics and cost of such an operation is enormous, with an investment of collaring a single elephant being Ksh 1 Million (USD 12,000)!

This is the first of collaring operations in the partnership of SFS-IFAW-KWS, and another 11 elephants will be collared in the near future. It was a wonderful experience to observe and participate in all aspects of this work.

I am very happy with the IFAW and KWS partnership and I am confident that from the collaring data, we are going to obtain very important insights into elephant space needs and associated challenges.