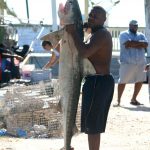 Being the Center of Marine Resource Studies, much of our work in the Turks & Caicos Islands focuses on species exploited through local fisheries. Terms from fisheries science like “shifting baselines” and “trophic cascade” are becoming increasingly prevalent in the media, but what do they mean to the fisheries of the TCI and the livelihoods they support? An important part of studying these concepts is analysing the size and composition of fishers’ catches, and monitoring how this changes through time and space. Are fish getting smaller? Is fishing of top predators causing changes in abundance of prey species? Are fishermen working harder to catch less fish?

The jury is still out, but the ongoing dataset, collected over a 10 year period by SFS in South Caicos, points to large changes in the species targeted by fishermen, and an increase in the distance they are travelling to find fish. Very little fishing effort is focused around South Caicos itself, with most fishers choosing the longer commute to remoter sites around Ambergris and Bush cayes, or northern sites off of the unpopulated East Caicos. Furthermore, given the widespread decline and commercial extirpation of the Nassau Grouper in the Caribbean, the increasing importance of this species in the SC fishery is especially worrying, as no protection measures are currently in place for their breeding period or location.

Gathering the data for this work involves many afternoons spent down at the two local docks in South Caicos documenting the fish landed by teams of 2-3 fishermen in small boats. Students enjoy this process as it provides a key insight into the lives of fishermen, as they answer questions about the day at sea while we manhandle and measure their catch prior to processing. Between jokes, fish guts and lots of sunshine, these afternoons are a great example of learning hands-on, while continuing a crucial 10 year database.

Artisanal fishing in South Caicos still includes a key subsistence component that can be seen by occasional, unexpected arrivals on the dock; species not part of the normal catch assemblage. Two weeks ago during sampling, a fisherman heaved a juvenile tiger shark (though still 6ft in length!) onto the dock, which had been caught roving across a shallow seagrass system nearby. Sharks are not sold or exported, and thankfully there is no known market for fins in TCI, but are consumed locally by cutting the meat into fingers and frying. However, as global shark populations continue to plummet, we need to work harder to increase awareness of the vulnerability of these long-lived top predators to fishing pressure – even on a local scale. The importance of long term data sets such as this will be a crucial tool in our ability to identify ecological phenomena and their links to fisheries here in the TCI. 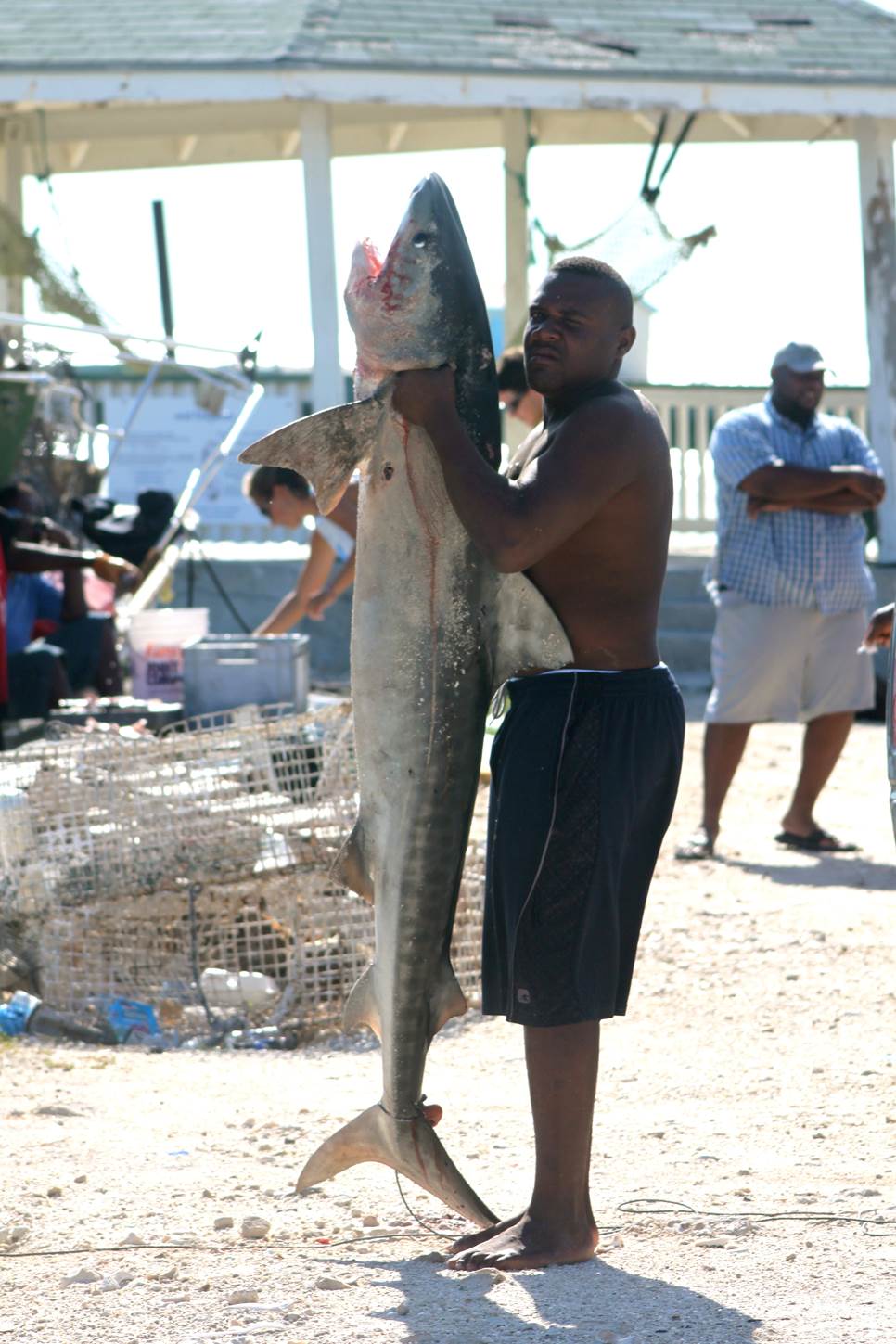 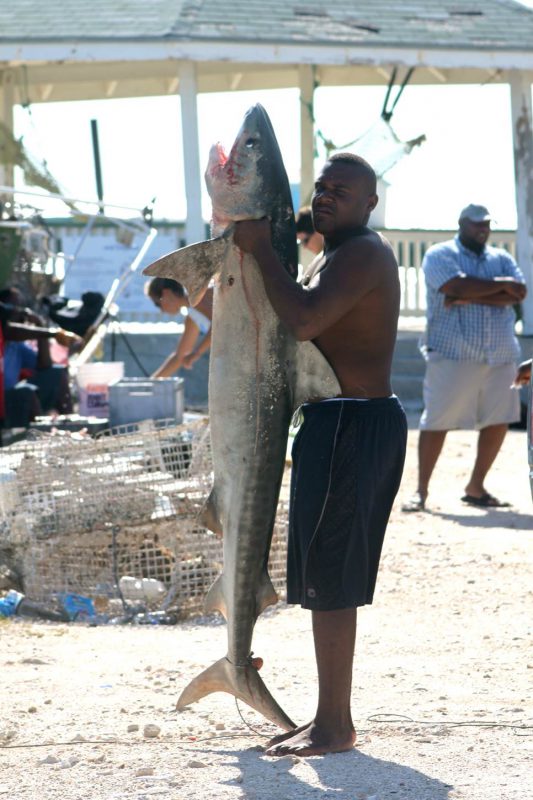