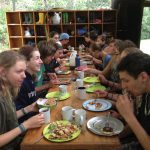 Just last week, we began the final portion of the semester, the Directed Research (DR) component. The students divided into three research groups led by each of the faculty. The “Casual Pademelons” led by Sigrid Heise-Pavlov, are studying wildlife behavior of Yellow-bellied Gliders and Lumholtz’s Tree-kangaroos. Justus Kithiia and the “Just Us Nomads” are leading a project collaborating with and examining the potential for tourism with the Mandingalbay Yidinji Aboriginal population in Yarrabah, outside of Cairns. Lastly, I am working with Catherine Pohlman and the “Revegemites,” examining the dynamics of primary succession of tropical rainforest in the Wet Tropics World Heritage Area.

Days in the field are full of early mornings, late nights, leeches, wait-a-whiles, and mozzies. But last week, the middle of two jam-packed weeks of fieldwork, we were interrupted by the threat of oncoming Cyclone Ita. 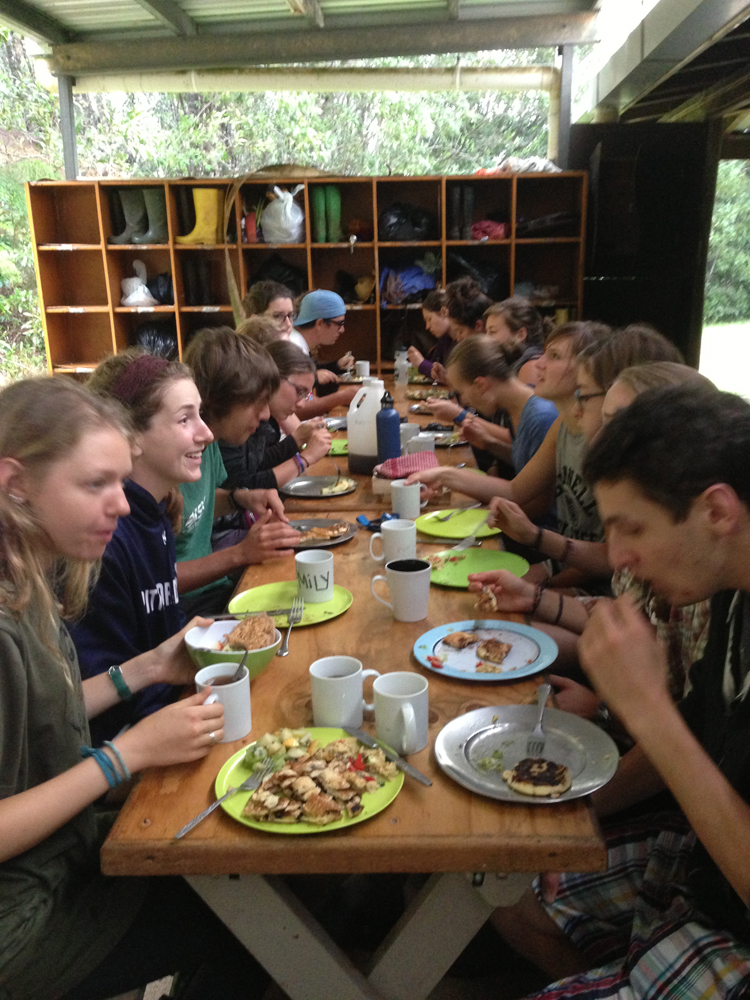 On Friday, April 11th as the Category 5 Cyclone Ita approached the coast of Far North Queensland (FNQ), the students and staff prepared the Centre. We taped up the windows, brought all of the outdoor furniture inside, and prepared enough food and water in case of a power outage. On Friday, Cyclone Ita was a Category 5 low pressure system located in the Coral Sea and was considered a rare event, as it is late in the cyclone season, which typically runs from November to April in FNQ. The cyclone made landfall around 9pm AEST at Cape Flattery, north of Cooktown on Friday night as a Category 4 storm. Destructive winds up to 150 kilometers per hour hit the coastal regions, but the storm weakened as it traveled slowly inland. By the time it passed over the Centre, Cyclone Ita was only a Category 1, and has since petered off back into the Coral Sea. Many houses near the coast went without power and experienced flooding after Ita hit. Luckily, the Centre only lost power for a portion of the day on Saturday and received about 300mm (11.8 inches) of rain between 9am and 9pm on Saturday.

On Friday night and Saturday night, the students and staff had a Centre-wide slumber party. The students camped out in the common room and computer room while staff slept in the kitchen and the office. We were greeted Sunday morning after the storm had passed with many road closures in the surrounding area and downed trees. By Tuesday we were able to return to a normal DR schedule. As the semester slowly draws to a close with less than three weeks left, last weekend was certainly a memorable one. Filled with dance parties, group movies, and a big pancake breakfast, I’m sure that we will look back on these memories fondly and be thankful that it brought us all together, no matter how cramped the space! 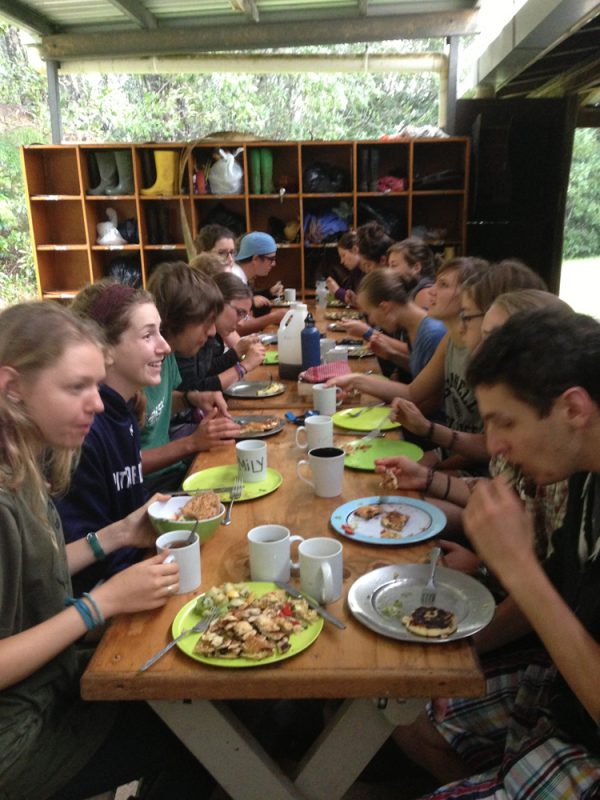