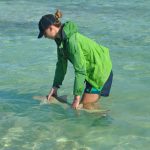 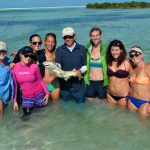 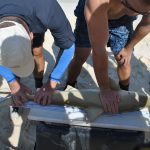 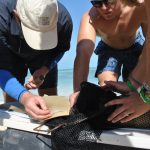 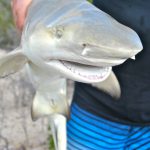 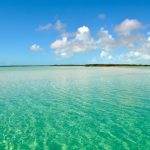 Shark research at the SFS Center for Marine Resource Studies (CMRS) began back in 2005, and since then we have learned a lot about the ecology of the juvenile lemon sharks that inhabit the shallow coastal waters around South Caicos. However, as with most research, just as we uncover the answer to one question, ten more present themselves, and so our studies on these sharks continue. During our semester programs, all students get the opportunity to participate in shark research, while some students get more involved by undertaking their Directed Research project on an aspect of the sharks’ ecology. However, despite all the time that is spent working with the sharks, we are always looking for ways to increase our time in the field.

Which is why, for the first time ever, it was decided to continue our shark research during the intersession break in January of this year, and to invite SFS alumni to come back to CMRS to once again participate in this field work. Seven research openings were available, and they were quickly filled by seven enthusiastic alumni from a variety of previous semesters. But, this time they would not be returning to CMRS as students; they would be coming as visiting scientists. The 10 days that followed involved intensive fieldwork at a variety of study locations ranging from East Caicos down to Ambergris Cay, including some areas that we had never sampled before. Our hard work was rewarded with plenty of shark action; 35 sharks were tagged, including one nurse shark and one blacknose shark, in addition to one southern stingray. 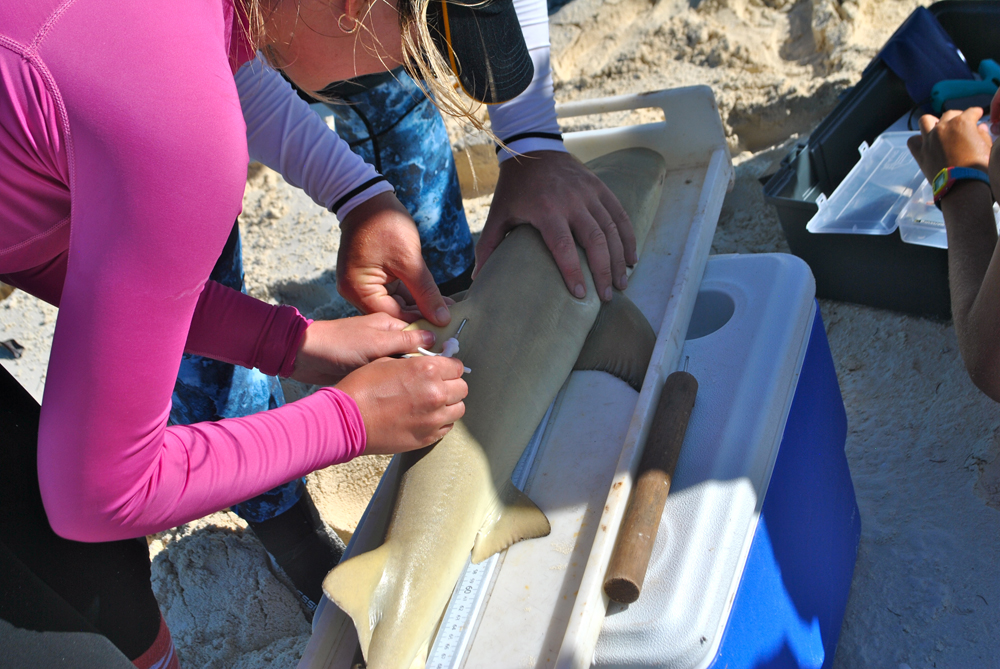 These new data add to our growing database and help us refine our understanding of the sharks’ population dynamics – their movements, habitat use, growth patterns, recruitment and mortality rates – and allow us to contribute to the local conservation of the species. The work is ongoing and will continue to form an important component of our semester fieldwork, but given the success of our first “shark week,” it seems highly likely that more dedicated intersession shark research will be planned for the future.

In closing, I want to offer my sincerest gratitude to the current shark research intern, Adrian Jourdan, for giving up 10 days of his vacation time to help with this research, our previous shark intern, Katie Bell, and the other six alumni (Anastasia Osowski, Caroline Coogan, Ellie Splain, Eva Ramey, Katie Flowers, Patricia Kelly) for returning to CMRS and providing such invaluable help in the field. Go raibh míle maith agaibh!

Continue below for alumni reflections and Shark Week photos.

Upon arriving on South Caicos, I was immediately greeted with the familiar smells of the salinas and the smiling faces of locals catching some shade. The Center Director, Dr. Heidi Hertler welcomed all alumni back with open arms, and it was a nice change to feel like part of the staff family. The team of seven alumni, intern AJ, and of course Aaron got to work right away. There was a lot of hard physically demanding work involved and long hours in the field. However, anyone who has been “sharking” knows the lovely simple pleasures that come along with this type of field work. More notably though, were the outstanding land and seascapes we were able to witness on this trip back to the TCI that included East Caicos and Little Ambergris Cay.

Dr. Aaron Henderson is the lead researcher on a population study of the movement and residency patterns of lemon sharks (Negaprion brevirostris) and was my Directed Research project advisor during the semester program in the fall of 2012 for a study on spotted eagle rays (Aetobatus narinari). Elasmobranch lovers beware: you will fall in love with the ongoing research at CMRS! When I heard the call for alumni to return for a week full of collecting data on sharks, I bit at the opportunity (pun intended). This research is vital to marine conservation and management due to the importance of mangrove forests as a nursery habitat for not just sharks, but other juvenile marine species as well.

Shark Week was a total success. We caught 35 sharks in 10 days as well as a stingray. It was lots of long hours in the sun and lots of hard work, but it was also a complete blast. Working for SFS provided me with a bounty of different research experiences, and this program just added to that. Shark Week increased my interest in the field, research in general, and helped me make the decision to apply to graduate school. My semester studying at SFS and my year working with them helped me decide which direction I want to take my professional life, and Shark Week, even though it was only ten days long, really cemented my feelings on the subject. I hope Shark Week becomes an annual event so that I may continue to partake and help shed some light on the shark populations around South Caicos.

The semester I spent on South Caicos was life changing. It was a wonderful opportunity to do extensive fieldwork, interact with local fauna and interact with the local population. I had the opportunity to learn the culture, and make amazing friends in a beautiful place with a rich environmental history. My experience in South Caicos allowed me to solidify the direction that I wanted to take for my future career. The School for Field Studies in South Caicos is a small intimate environment in which an individual can grow and learn in ways that other programs would not be able to achieve.

The whole week was dedicated to research and we barely had a spare moment, but that was what I was hoping for. I wanted to experience as much of South Caicos as I could in those ten days. We were continuing the research on lemon sharks that I had done during Fall 2012. We caught the sharks in gillnets, tagged, measured, weighed, and released them. We went to several different locations that I had not had the opportunity to travel to during the semester that I was there. My favorite days were when we traveled to East Caicos and Little Ambergris Cay, both uninhabited islands with gorgeous landscapes. The water was completely clear and you could see the fish darting in and out of the mangroves. It was truly a magical place.

The excitement of handling a shark has never diminished and even at the end of the week, I was still just as excited at the sound of splashing by the net. It was a successful ten days of research and it was a lot of fun. I met new people and it was so great to hear about everyone’s experiences they have had outside of South Caicos. I am so lucky to have had the opportunity to go back to the place that made my love for the marine environment grow.

We were able to gather an overwhelming amount of new data in 10 days; 33 lemon sharks, 1 nurse shark, and 1 blacknose shark were tagged in the 10-day period. We were able to gain so much data because we were able to conduct the research at sites which had previously never been visited. It was an amazing feeling to be one of the first individuals from the field school to ever stand on Little Ambergris Cay.

All of the specimens that were tagged during shark week continue to build the data pool, and in turn our understanding of the shark populations in the Turks and Caicos Islands. But this trip is also an incredible experience for each of us as individuals. I gained irreplaceable and valuable training and research experience which is pertinent to my future as a scientist. I want to spend my life conducting research and educating others about marine biology, and assisting in this research will help me achieve those goals.

The opportunity to return to the beautiful island of South Caicos as an alum research assistant for shark week was an incredible experience. As a student at SFS in summer 2012, the most memorable part of the course for me was assisting with Aaron Henderson’s research, tagging lemon sharks and green sea turtles. The experience not only deepened my passion for the marine environment and my commitment to working in conservation, but it introduced me to the skills needed to carry out that goal. 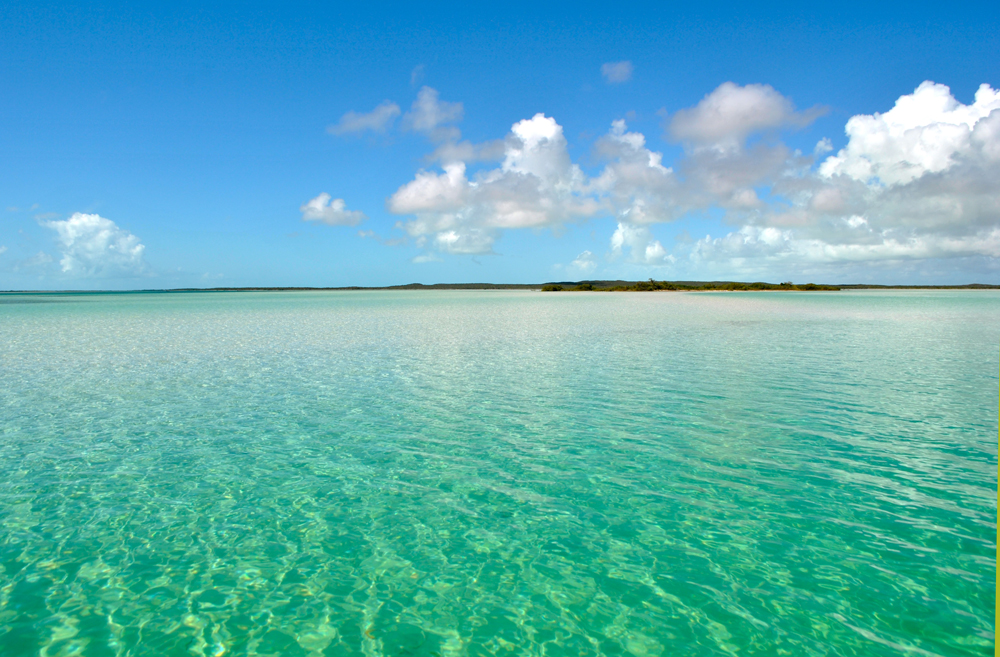 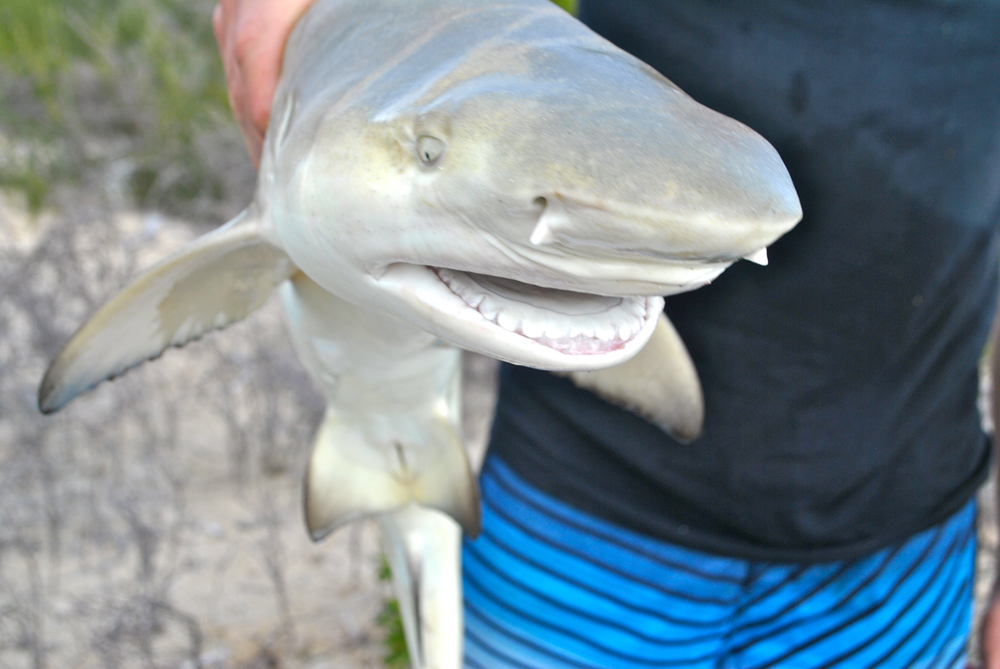 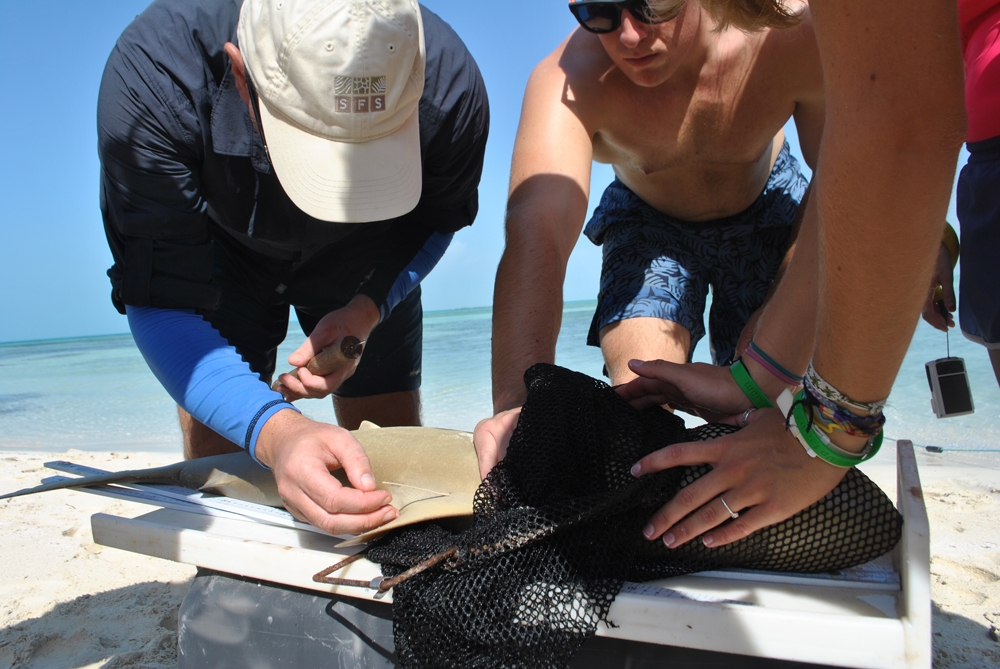 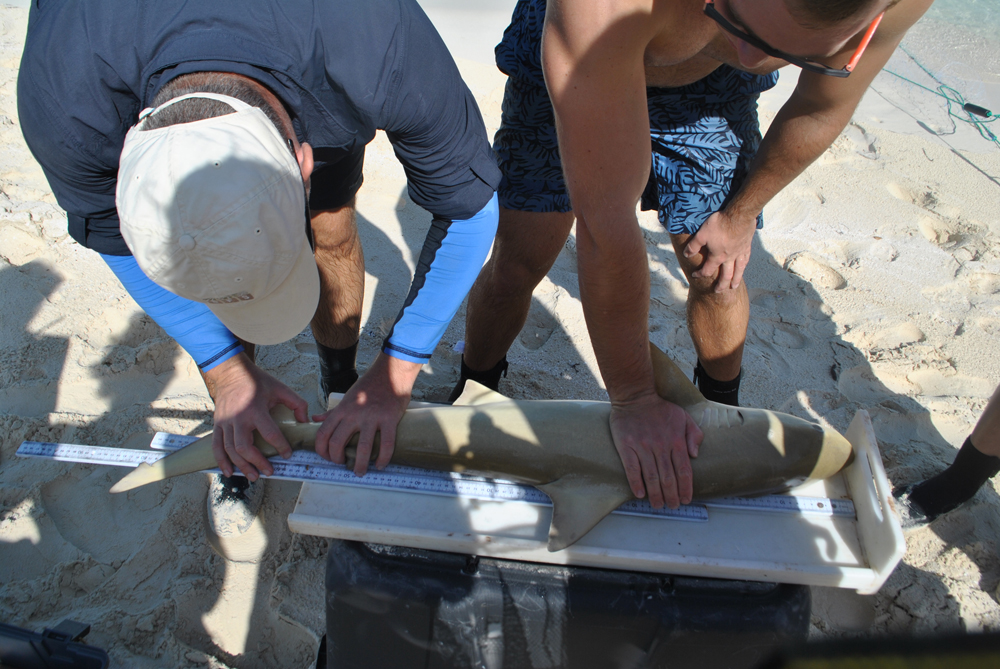 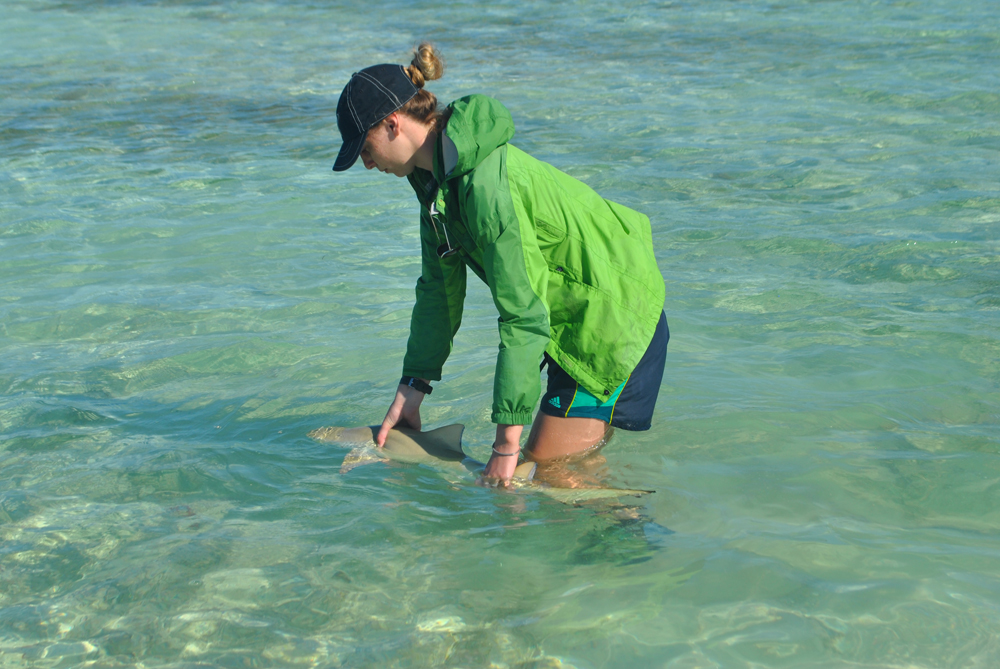 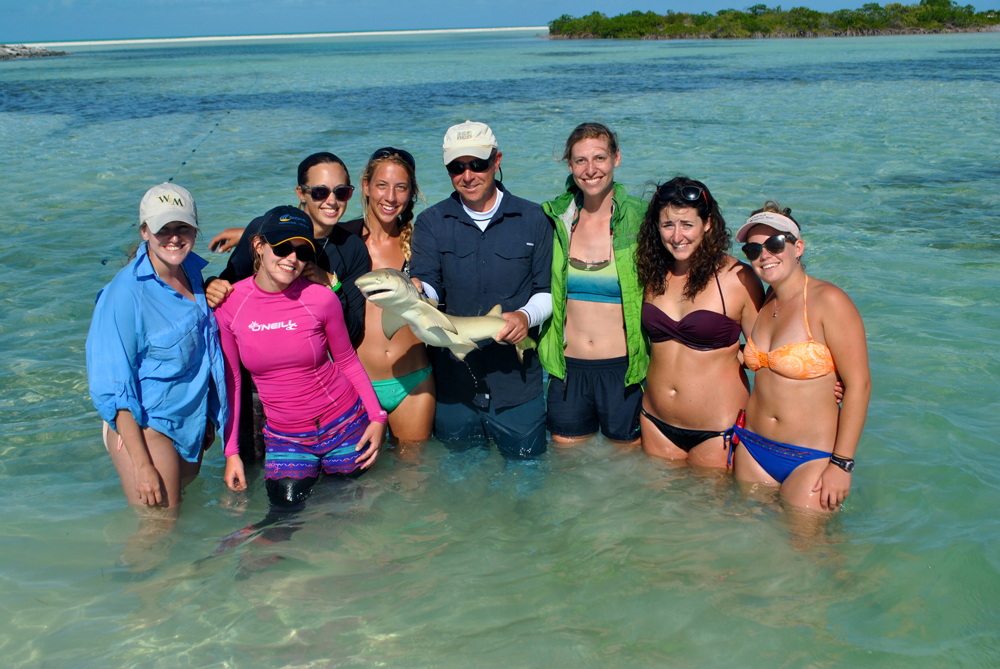 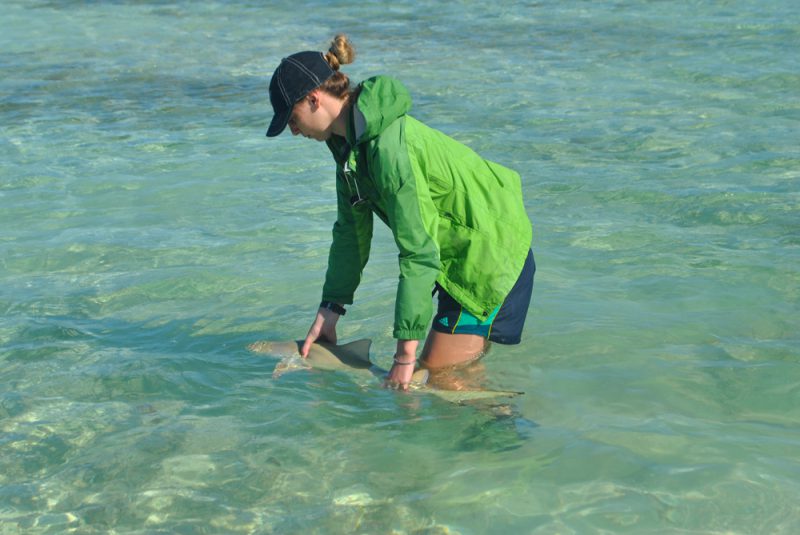 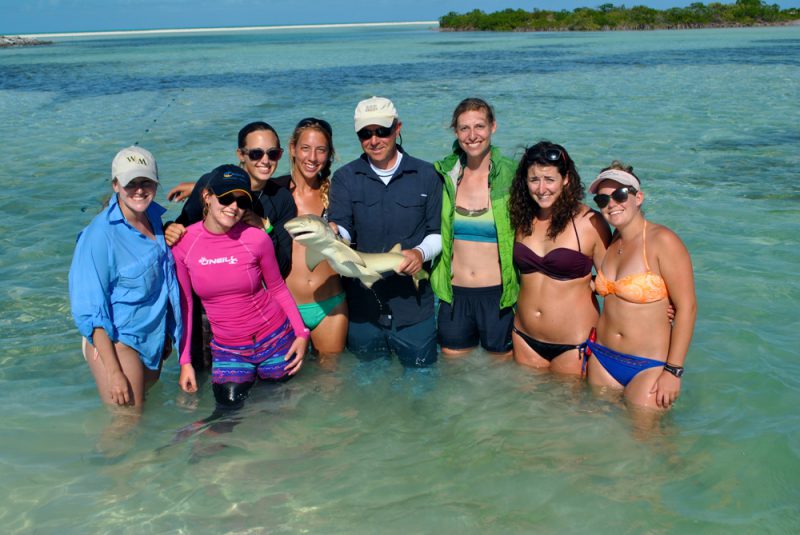 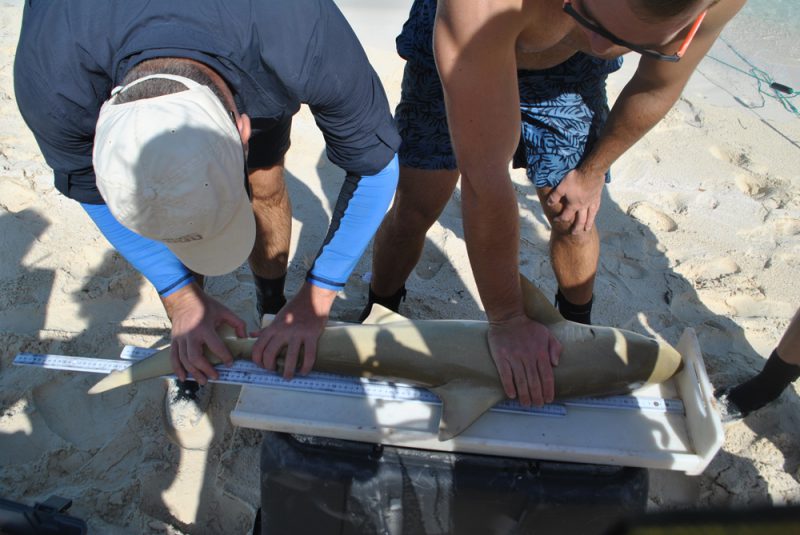 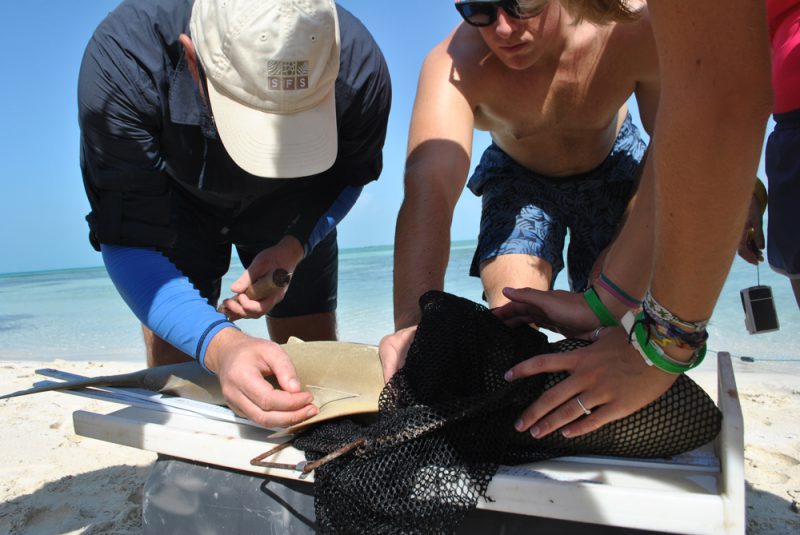 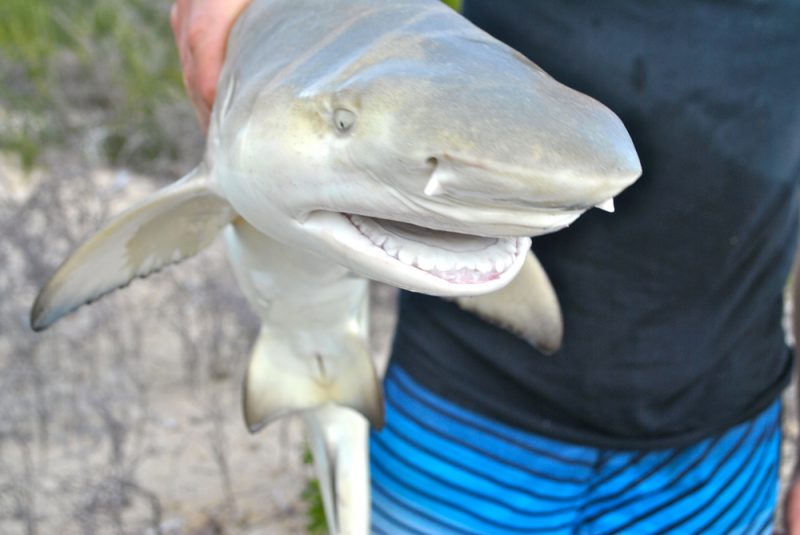 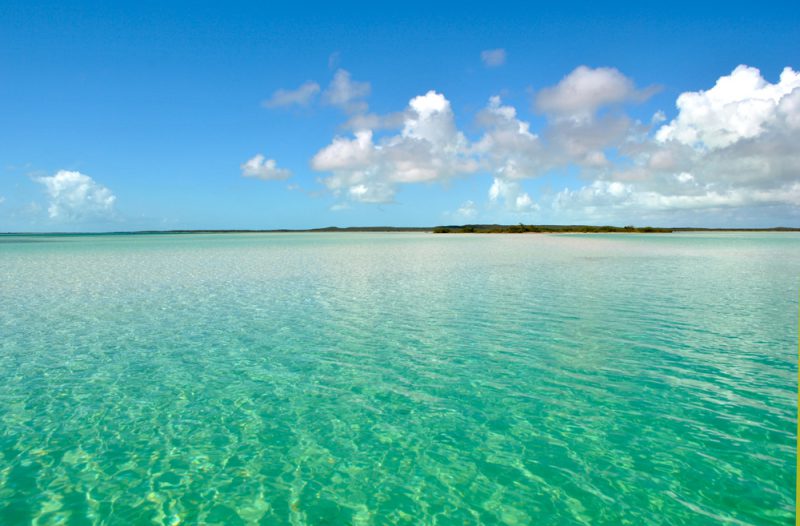