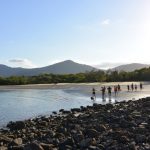 Our collaboration with the Mandingalbay Yidinji (MY) Aboriginal tribe continues to offer students interesting opportunities to interact with and learn from the first nation Australians. Just in their second week of arriving in Australia, students have spent a day and a half on the country (Aboriginal country). During the day, students were guided around the country by local indigenous rangers. They learned about the traditional uses of plants, toured some sites on the country where there are particular environmental issues at the land-sea interface, and listened to talks given by traditional owners of the land. In the evening, students pitched camp in one of the designated camping areas. They were the second group of foreigners (the first was SFS Summer 2014 students) to be allowed to camp on MY country. 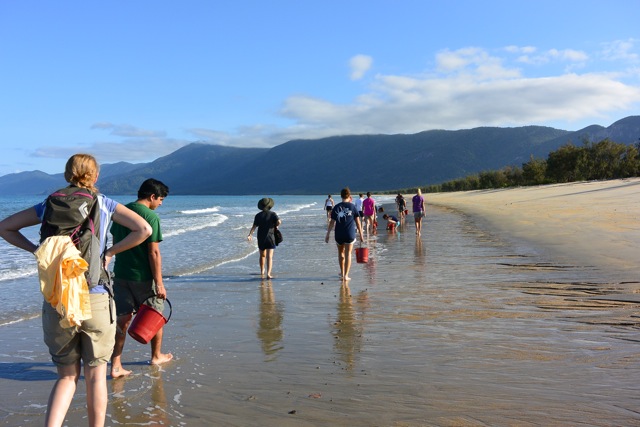 The MY country contains a diversity of environments from Trinity Inlet, near Cairns, over the Malbon Thompson Range, across the coastal plain to the south of Yarrabah and into the Coral Sea, including the Franklin Islands. Their country therefore includes both land and sea areas. They had their Native Title rights recognized in 2006 over their land, clearing the way for them to carry out traditional activities and help to manage and protect their country. At the same time, the MY people are very keen to share aspects of their culture and homeland and plan to develop skills and infrastructure to make visits to their country memorable.

The following morning, students visited Yarrabah village, one of the biggest Aboriginal settlements in Australia, with an estimated total population of 4,000 people. Yarrabah is an interesting place. Settled about 123 years ago, it was a mission station used to house indigenous children from all over Queensland. Coincidentally, the Chairman of the Board of Djunbunji Land and Sea Program, the entity formed by the MY people to manage their local renewables resources, is a former Mayor of Yarrabah Shire. Students had the opportunity to engage with the former mayor who stayed with us throughout the visit.

The aim of this excursion and visit was to help students to understand the array of social, cultural, economic, and political factors that shape resource management and use in Australia, especially from the indigenous people’s perspective. 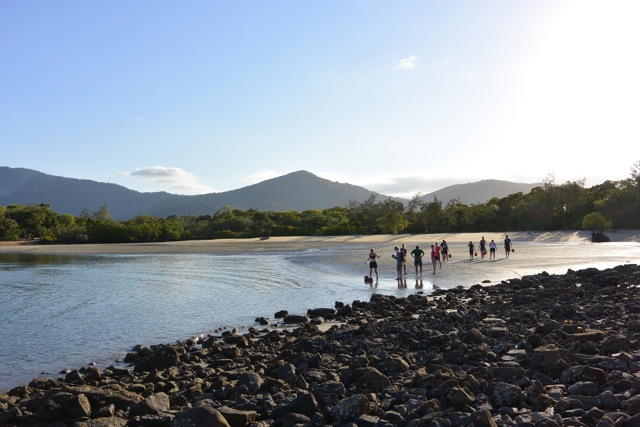