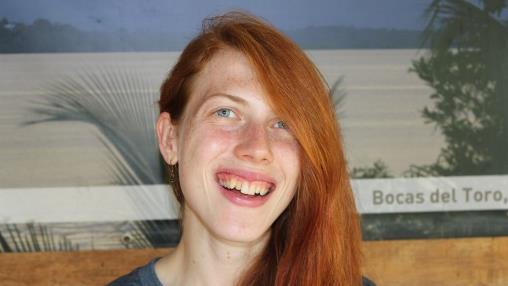 First, I missed my flight. The doors were shut and they would not let me on board. I had sprinted across the Houston airport to no avail, only to be told my efforts were pointless simply because of a technicality of someone being too stubborn to re-open the doors, doors that had shut merely four minutes prior. The reality of what I was doing, where I was going and what I would be doing for the next three months was to be delayed for six more hours.

You see, in the months and weeks leading up to my adventures abroad, every time I was posed with the questions, “What will you be doing in Panama? Are you excited? What is The School for Field Studies? What’s in Panama?” etc. my well-rehearsed answers described a strange aloofness. I was immensely excited yes, but oddly detached from any comprehension of what it would mean or look like for me to be having this experience. The nerves had not set in. The mysterious nature of what Panama culture and life was like protected my brain from fear… until I was forced to sit there in the strange limbo of travel until my plane finally landed eight hours later. Sitting and waiting, waiting and sitting, I began to realize that I was about to be set in the most out-of-place position of my life. I was about to be living in one house with 20 other college students on a small island for three months. I had seemingly signed up for TV’s latest reality show.

Now it has been two weeks. I can honestly say I feel a bit disoriented, but, I feel comfortable in it. Panamanian history, especially the province of Bocas del Toro where we are living, is an accumulation of disorientation. Colonized by the Spanish; owned by Colombia; severed by the French construction of the canal; occupied by the United States for most of its nationhood; invaded by the banana industry since 1899; assailed by tourism and set in one of the most biodiverse section of the tropics… Panama is an accumulation of many seemingly disconnected parts.

Here in Bocas del Toro, the population is, to say the least, eclectic. Bocas del Toro is an archipelago of islands: the island of Solarte, where I am living, and five more. Our home is a former inn set amid hills and a dense forest not ten minutes walk from the village of Solarte Dos, a community of Ngobe people. The Ngobe tribe settled on the islands of Bocas del Toro after being hired by the United Fruit Company in the mid-twentieth century. Before them, English and American banana scientists and businessmen, followed by the cheap labor of the Afro-Antillean people occupied the land. And the Chinese and the former Panama Canal workers came. And the undiscovered quiet towns were uncovered by ex-pats, retirees looking to live off their social security checks in paradise. And the tourism came and the environmental scientists came. And here I came.

The School for Field Studies runs a program in Bocas del Toro studying the underlying effects of tourism as seen through the lens of marine coastal ecology, resource management and socio-political environmental struggles. The program itself is as eclectic as its home. My first fourteen days have involved playing soccer with the kids of Popa Dos on an island twenty minutes from our own, snorkeling in mangroves for hours identifying seagrass, anemones and any little creature that pops its head or tail through the branches, hiking down paths to peer into the lives of leaf cutter ants, golden weaver spiders, and any strange plant that supports them, then going to Bocas Town on Isla Colon for Spanish class and walk the shops and grocery stores of the half-residential-half tourist city.

I feel like I have been here for forever. Yet still not very long at all. There is no break to the learning and that in itself is disorienting. The twenty of us are still learning of each other. We are learning of this place. Of these waters. Of these trees. This community. This ourselves. We spend every waking moment together,   every waking moment in a world we truly do not yet know… and that strangely does not really know itself. It’s a beautiful confusion. It’s a constant community of learning and evolving, exhausting but something I have never known before. Most people would say it will get better after more time has passed but I do not think it will. At least in the sense that, this is a place on the brink of constant change, at the tipping point of understanding but accepting of the fact that maybe it is dangerous to be completely settled in some “understanding.” I have never lived so entirely in this mode of thought, one of never ending examination, and it’s an odd mental place to be in…but it’s a gorgeous place to be in and, though frightening to jump into the unknown and live there leaping for three months, I am smiling at the potential.