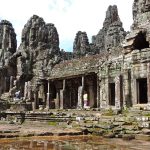 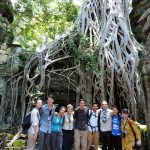 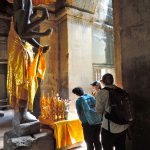 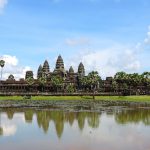 It’s almost unthinkable to visit Cambodia without seeing the ancient city of Angkor, once the center of the Khmer Empire and home to hundreds of magnificent and culturally significant temples. Since the SFS Center for Mekong Studies is located just ten minutes away from this important religious and historical site, SFS students have the opportunity to not only visit Angkor, but to make it their classroom. After finishing orientation and recovering from jet lag, students spent a day exploring Angkor, learning about its history, climbing the mossy steps of its steep temples, and sweating profusely. 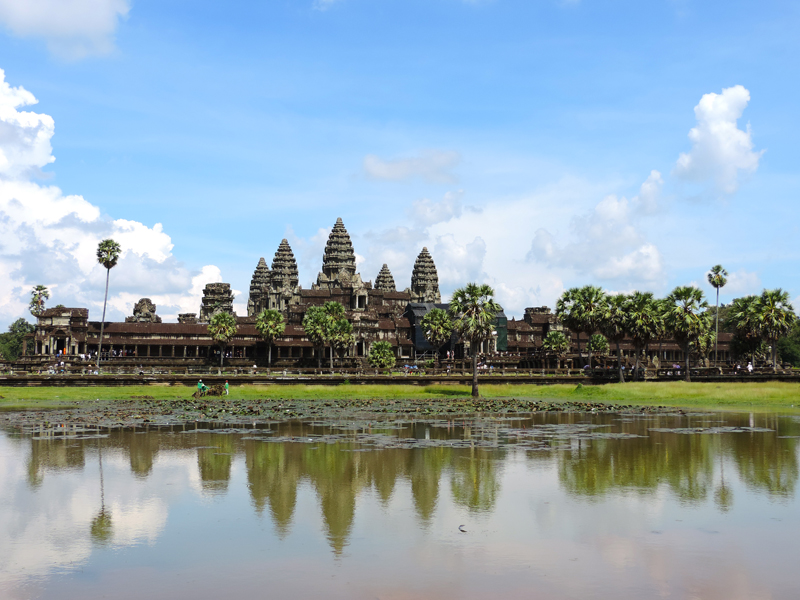 Before being let loose into Angkor, David Brotherson, a researcher from the University of Sydney came to talk to us about Angkor’s flourish and fall. Angkor was a grand city even by modern standards, covering an area the size of Paris and having supported about one million people. Many researchers have attributed Angkor’s success to its water management schemes. Angkor was a “hydraulic city” with an extensive system of human-made canals that connected lake Tonlé Sap and highland rivers to large human-made reservoirs (baray), which were used for irrigation. A hypothesis for Angkor’s collapse is the failure of this irrigation network during a prolonged drought in the mid-14th century. While Angkorians prospered by altering their local environment, environmental changes seem to have been instrumental to the city’s fall.

Although Angkor fell in 1431, Angkor was never abandoned. Archeological evidence indicates that Khmer people persisted to live in Angkor. Even today, Angkor is not an archaic collection of ruined temples: instead, it is very much alive. Angkor is a protected area, but the park is still inhibited by many villagers whose ancestors have lived on the land for generations. These communities are largely agricultural: rice fields border the barays and cattle can be found grazing along the less-visited temples. Angkor also remains an important religious space for the Khmer. Walking down the engraved corridors of Angkor Wat, it was almost possible for me to imagine the temple as a deserted ruin, until I turned the corner to see locals placing offerings of incense, candles, and flowers at the feet of a statue of Buddha. As visitors to Angkor, it is important that we at SFS respect the temples as functional religious spaces with important meaning to the local community. 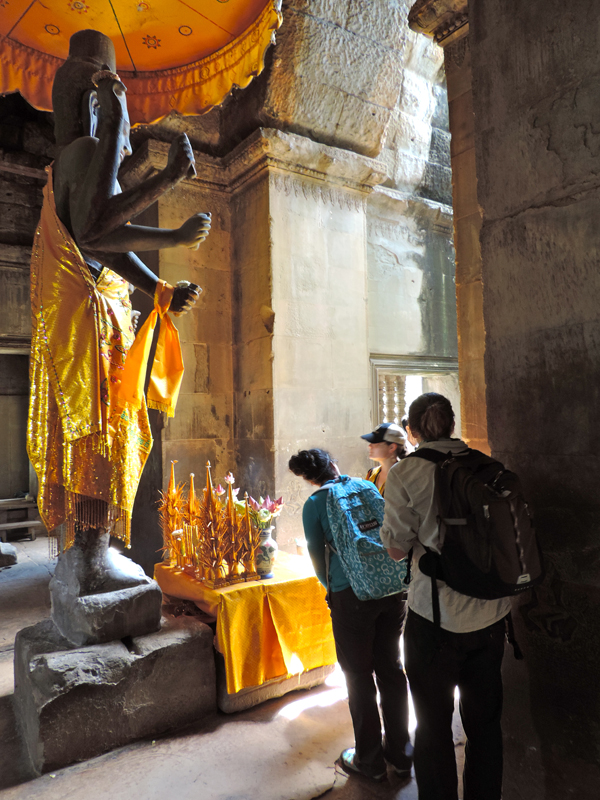 The future of Angkor is a fascinating topic that I hope SFS will explore this semester. Around 2 million tourists now visit Angkor each year. With so many tourists (including SFS students!) ascending the sandstone steps of Bayon and Angkor Wat everyday, unchecked tourism could cause significant damage to the temples, even as it provides important revenue to local communities. And, will this endless flood of tourists make Angkor less accessible to local Khmer who have traditionally worshiped there?

Furthermore, illegal development has long been a problem in Angkor. Although many villagers are legally permitted to live within Angkor, many houses have been built and much land has been cleared without permission from APSARA, the government organization that manages the park. How will conservationists sustainably manage this development so as to provide for the livelihoods of Cambodians, while also protecting the forest?

Nature is also reshaping Angkor. Several temples, Ta Prohm most prominently, are being slowly reclaimed by large silk-cotton and strangler fig trees that grow intertwined with the temple ruins in beautiful, complicated forms. On one hand, these trees have become Angkor’s cultural landscape. On the other, the trees may endanger the structural integrity of the temples.  How can conservationists preserve both the temples and the nature that surrounds them?

Our first trip to Angkor opened our eyes to the monumental wonder of Angkor’s temples. Throughout the semester we will return to Angkor again and again, in an ongoing attempt to understand the ethical, socioeconomic, and environmental issues that offer both challenges and opportunities for Angkor’s future. 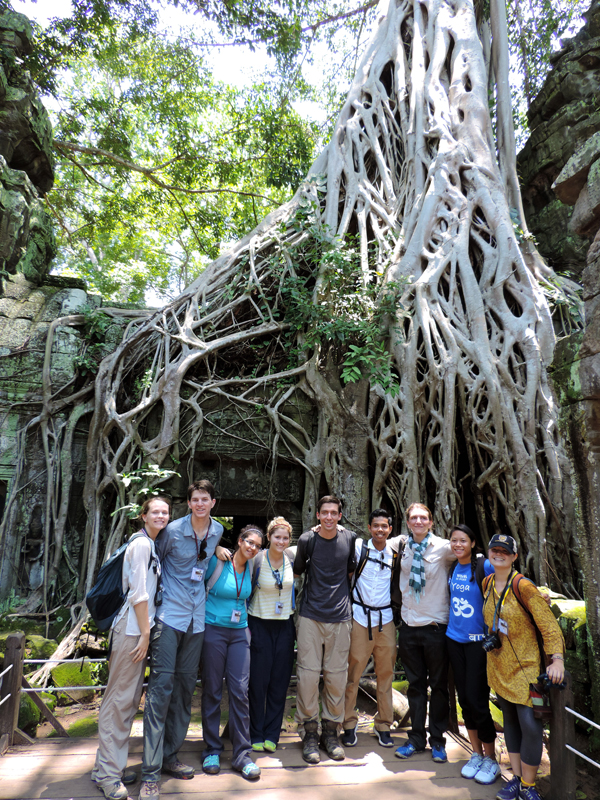 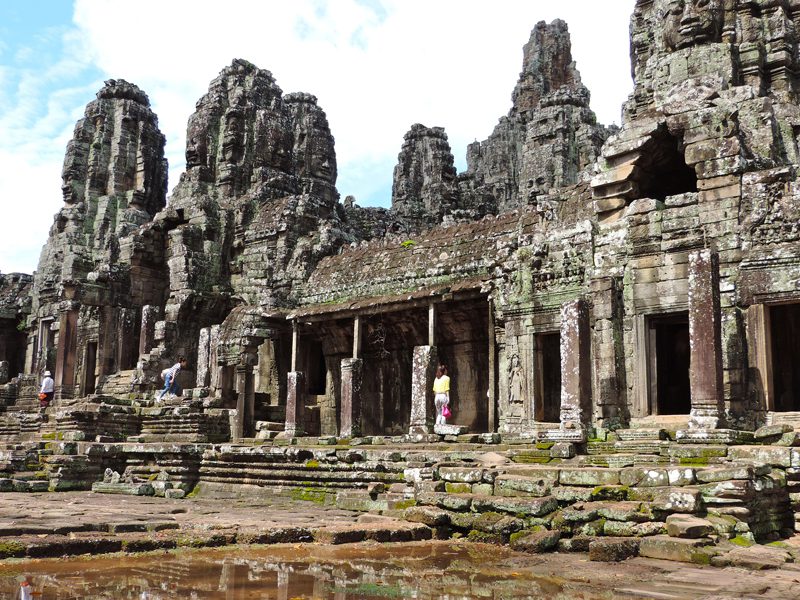 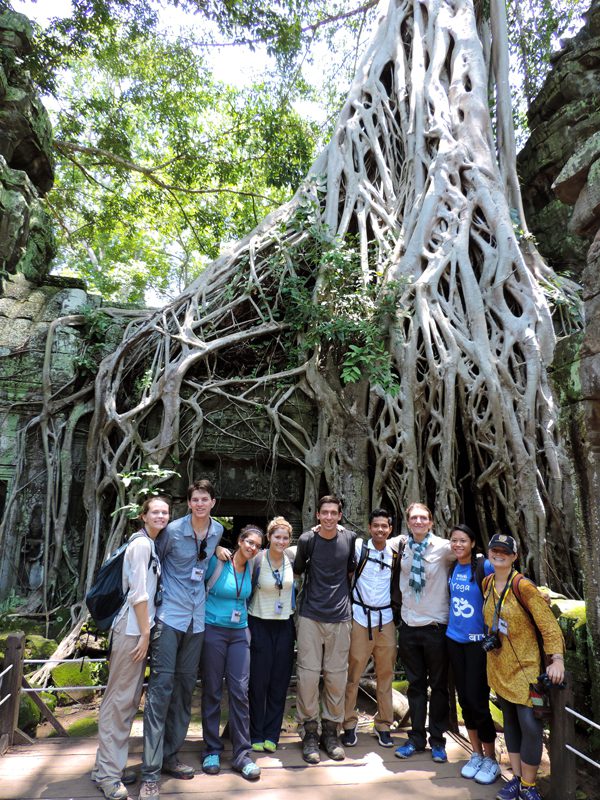 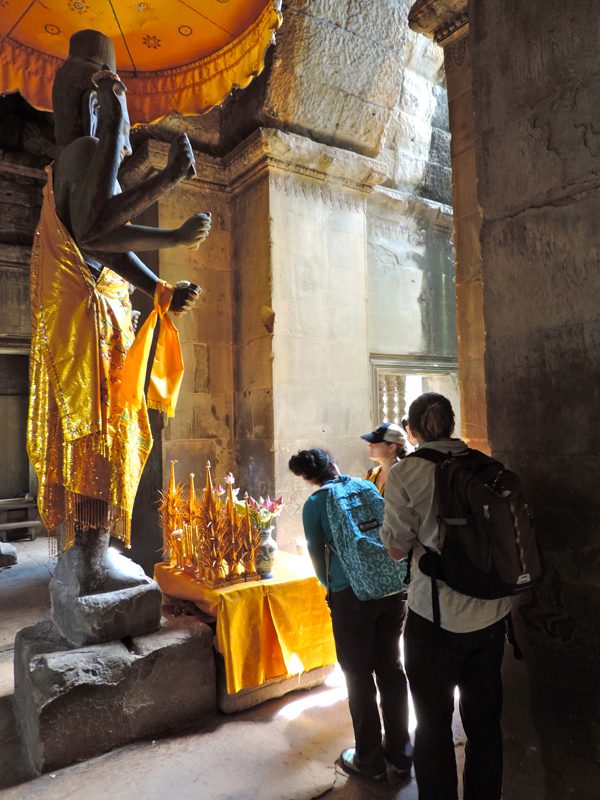 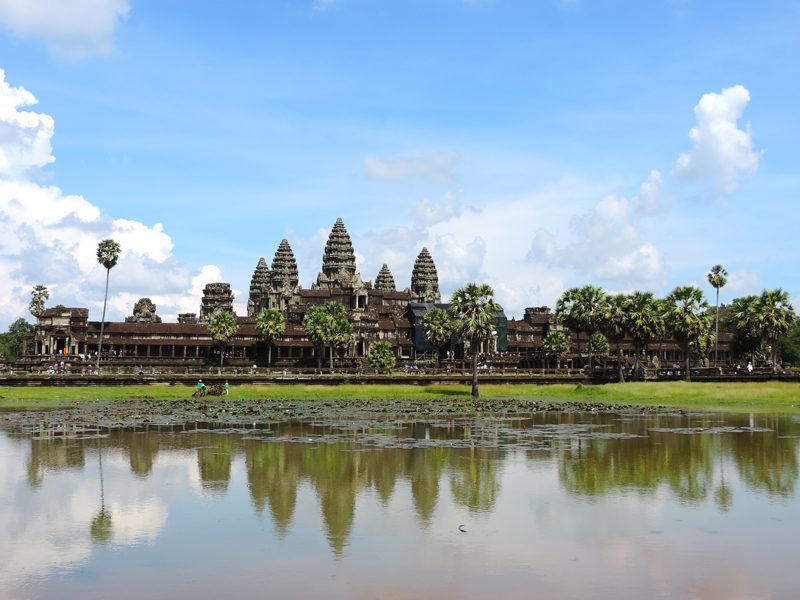