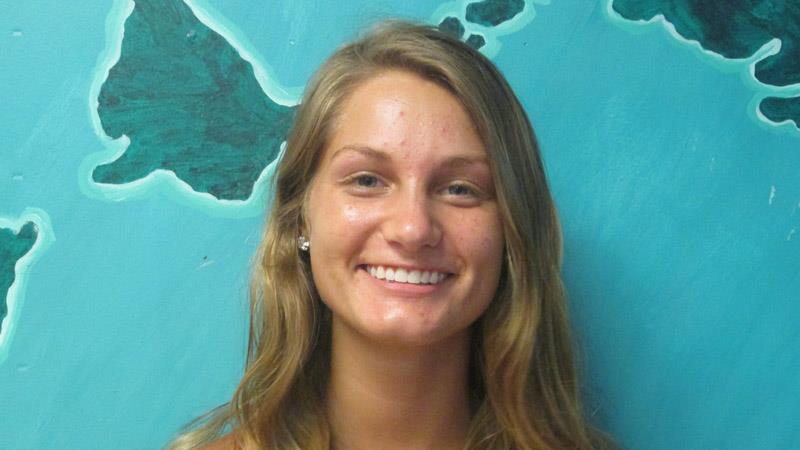 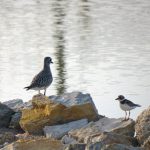 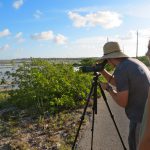 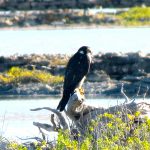 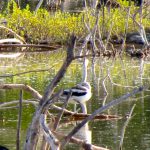 Last week marked the beginning of Directed Research (DR) projects. For the next month, we spend three days a week doing research in the field and the other two are dedicated to our curriculum’s second case study. This semester has all sorts of fascinating projects, from the assessment of seafloor habitat, to watching and identifying birds, and everything in between. The bird watching one is mine! Our group has six students in total; however, two of us will focus on the smaller cays around the island, while the other four focus on the wetlands on South Caicos.

We all set out on our first-ever bird watching adventures. Lucy and Zach rose with the sun to travel out to Six Hills Cay with Dr. Edd Hind, our DR advisor. They spotted two ospreys in their nests and what they decided was a Magnolia warbler – a bird that may never have been seen before here in the TCI! 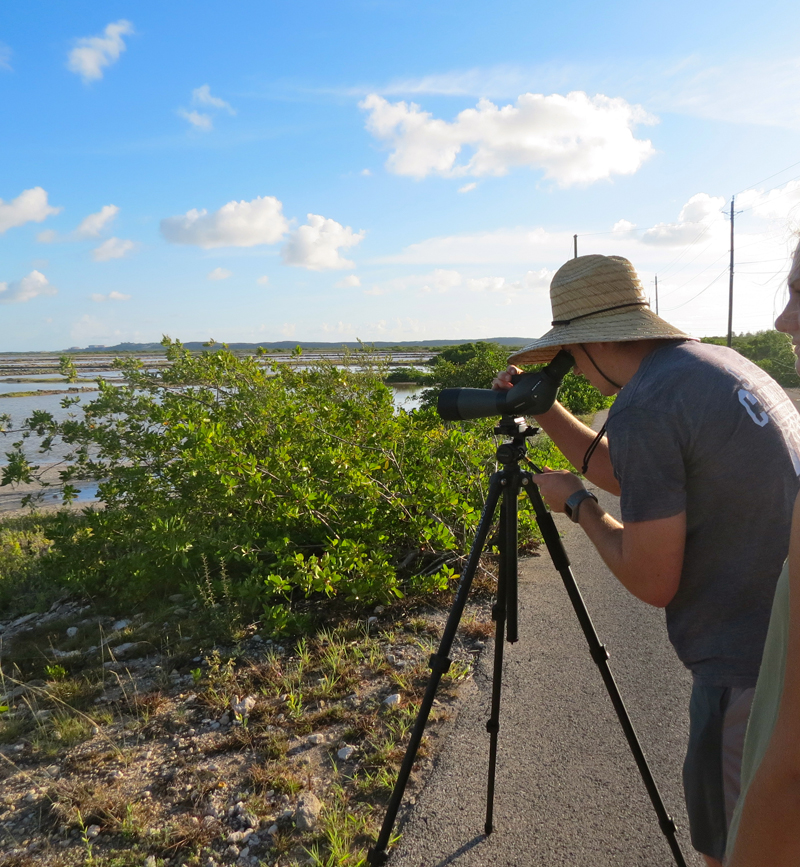 A bit later, Maddie, Wilson, Shane, and I (the “Land Birders” as we so affectionately call ourselves) took off toward the Salinas. Though absolutely none of us have bird watched before, Edd has made quite a hobby of it in recent years. He bestowed upon us a book of birds with deeply detailed illustrations, a pair of binoculars, and an incredibly sharp scope, and we were off. The scope diminished distances of nearly 100 yards into crystal clear images that seemed less than 5 yards away. With its help, we identified a peregrine falcon, and without its help, we saw at least 8-dozen flamingoes. Aside from those, most of the other birds were rather difficult to distinguish, in part due to the tiny, blackish/brown, hardly-ever-stop-long-enough-to-be-accurately-identified nature of nearly all the wetland species.

Fortunately, we didn’t start data collection until this evening – the morning was only our test run. We found easily over one hundred flamingoes, but in more exciting news, we spotted black-bellied plovers, sanderlings, lesser yellowlegs, black-necked stilts, and even a reportedly rare American avocet! Though we are all amateurs now, we won’t be by the end of November, and we all found out what a surprising amount of fun a person can have looking at birds. 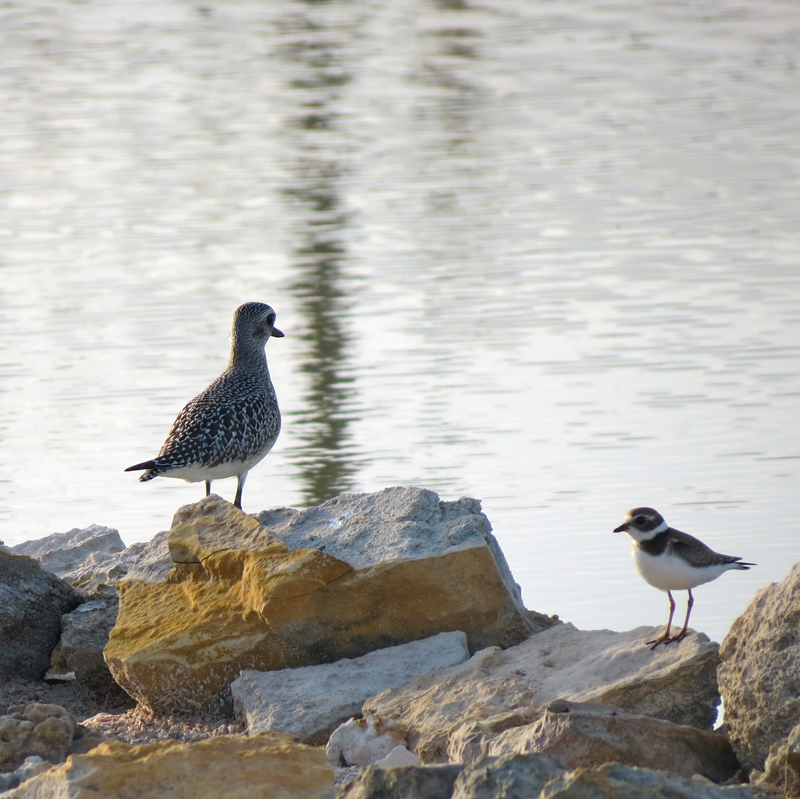 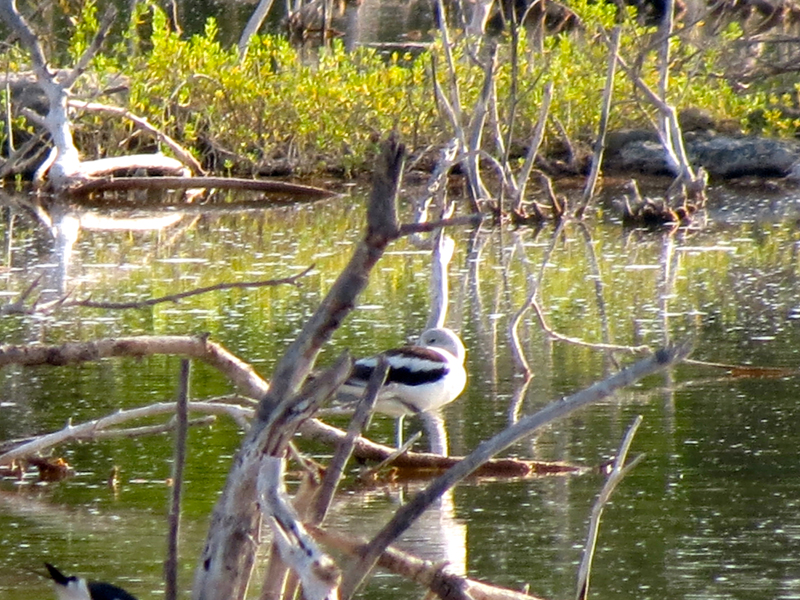 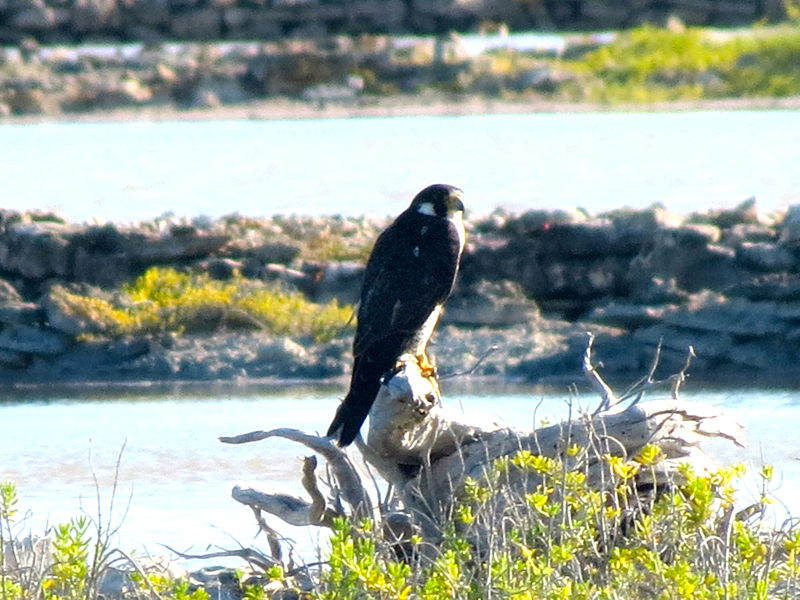 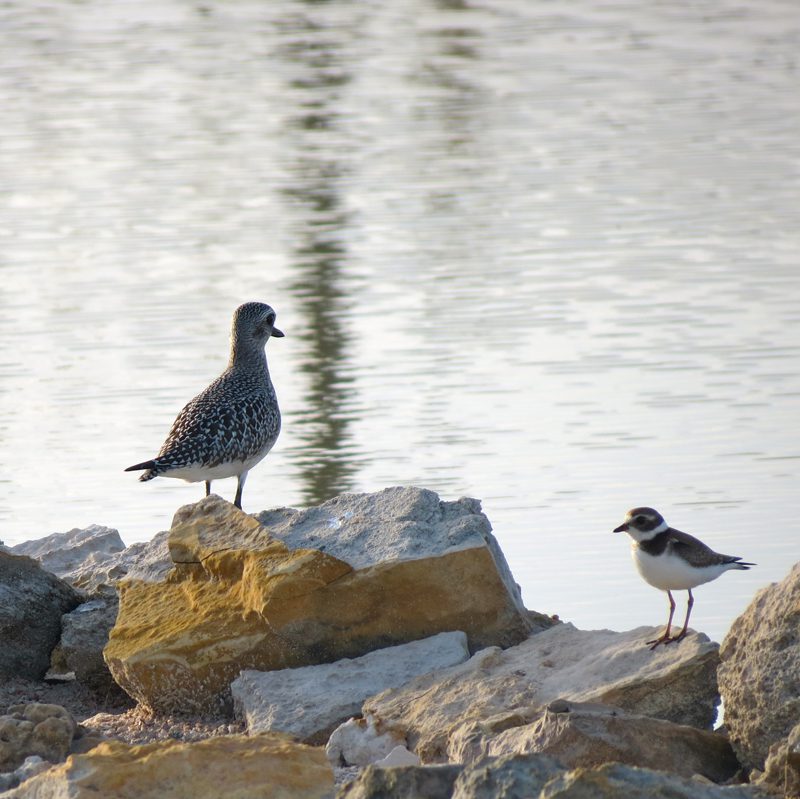 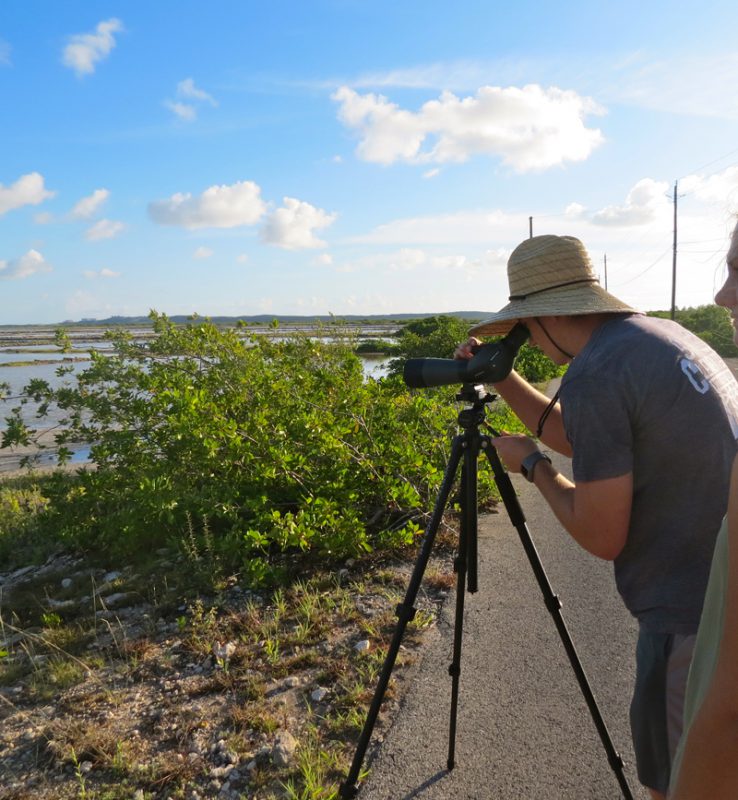 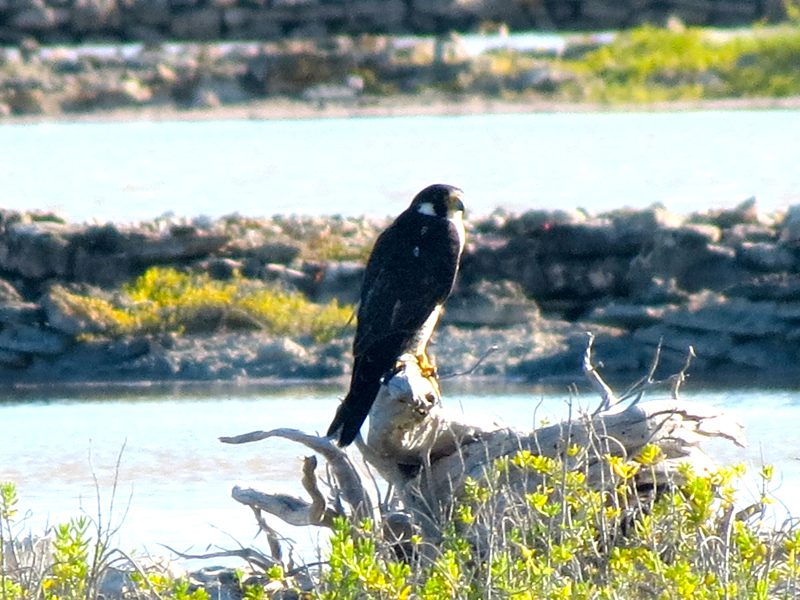 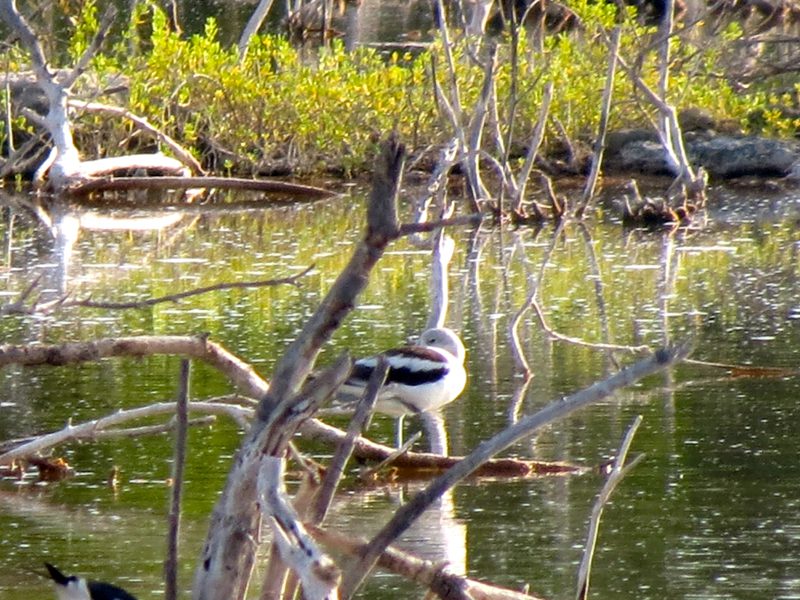