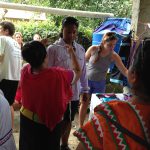 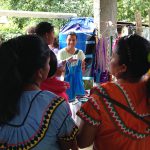 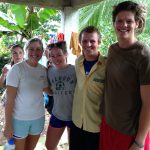 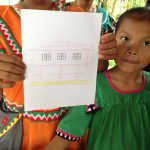 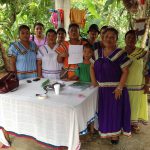 This week it was back to Panamá’s mainland to reconnect with Finca 51, home to a remarkable women’s artisanal cooperative that we were first introduced to last spring. As part of the Environmental Policy Directed Research project on community-based tourism in the previous semester, students met and interviewed members of the cooperative to learn about the governance structure and their vision to revive and market traditional Ngäbe arts and crafts to the growing number of tourists visiting Bocas del Toro each year.

Ostina Molina, a regional coordinator, served us delicious sancocho (a rich chicken soup prepared with local root vegetables cooked over an open fire) as we listened to stories that opened up a world of new ideas and learning.

Unexpectedly (and delightedly) we were also invited to explore the racks of exquisitely made clothes created by the women artists. Traditional naguas, a full length Ngäbe dress and modern interpretations of it, men’s shirts, belts, and headbands – all with painstakingly hand-stitched appliques incorporating the colorful dientes (teeth) based on the pattern of snakeskin and symbolic of Ngäbe culture. As we packed into the small temporary storefront, we were somehow transported in an instant to a designer trunk show, this one was happening in the rural outreaches of Panama though and featured gorgeous Ngäbe couture instead. 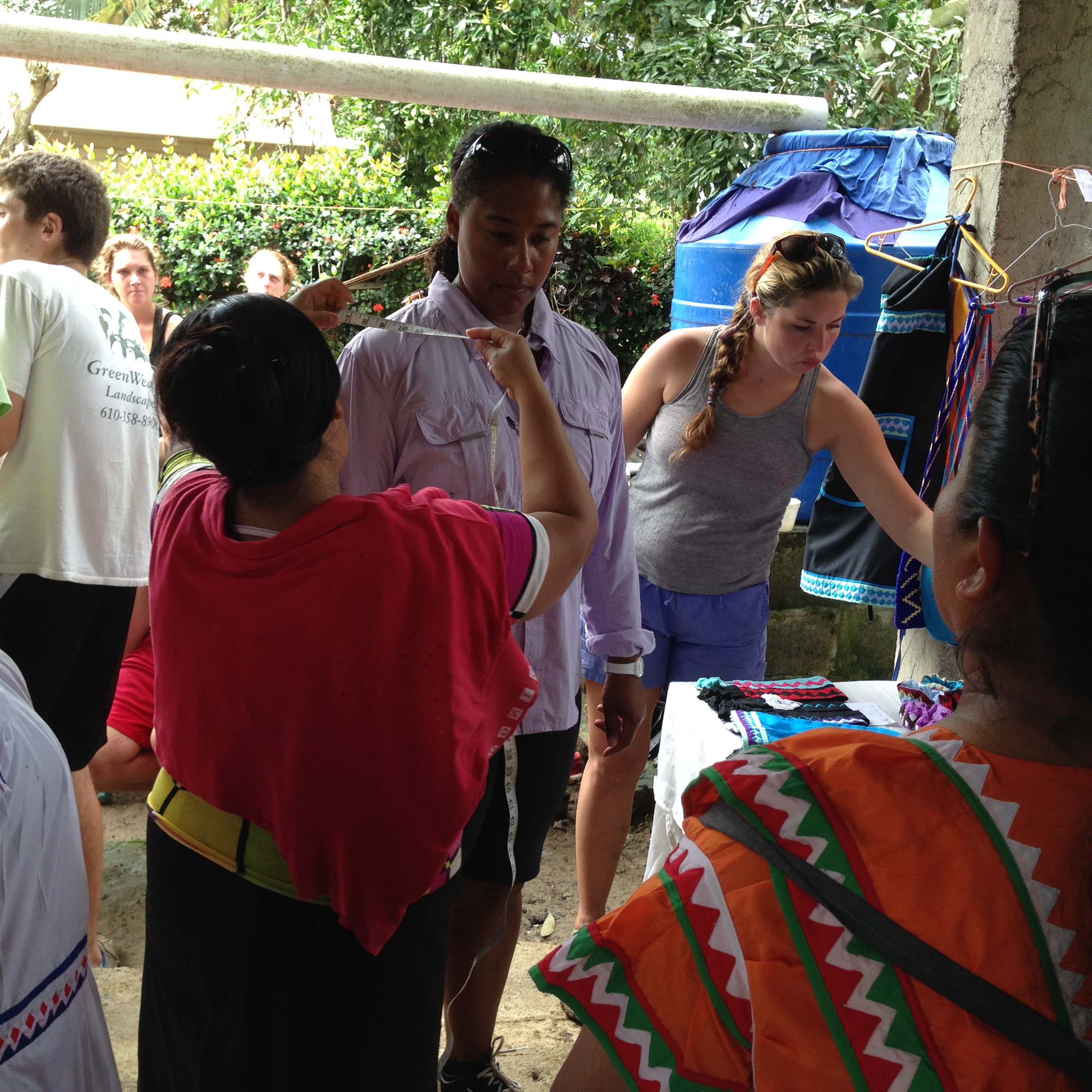 Center Director Cinda Scott being measured for a modern interpretation of the traditional nagua dress.

In preparing for our second trip, I wanted to pick up the story thread: what had transpired with the women since our last visit six months ago? What would we find? Had the ideas and dreams of the members taken root or would we find a barren field and frustration?

Our group would have plenty of time to think over these questions and ponder the plan. Getting to Finca 51 isn’t a simple task. It would require a 45-minute boat ride followed by a winding one-hour bus trip through the Province of Bocas del Toro before passing through the main city of Changuinola to reach the community.

In Latin America, the term finca refers to a small farm or rural agricultural land, and the landscape surrounding Changuinola is dominated by fincas both large and small. This is one of the oldest and most expansive banana production zones in the world, but one marked by boom and bust cycles associated with the periodic outbreak of pests and disease. These cycles have in turn dictated the ebb and flow of workers to and from the region and have shaped the infrastructure of the town itself. As in earlier decades, Changuinola remains a region shaped by external forces, despair and hope. As such, it is also the crossroads between the traditional and modern world of the Ngäbe, one of Panama’s seven indigenous tribes.

The Ngäbe that reside in and around Changuinola arrived several decades ago in search of better opportunities. This migration required leaving behind friends, family, and traditional livelihoods. Small-scale farming, hunting, and fishing have been largely replaced with work in commercial agriculture and the service industry and with this shift, a greater reliance on the cash economy. This has led to better lives for some, but the rapid pace of change along with the displacement of families both through migration and tourism development has created enormous barriers for others.

The women’s cooperative emerged in response to these issues and as Ostina explained to us, the central goal of the program is to improve the livelihoods of its members through reclaiming cultural knowledge – art, music, and language as well as ecological knowledge and local food – and through doing so, provide a bridge from the old world to the new.

Finca 51 might be characterized as a micro-enterprise using Western economic terms, but I find the description of “sustainable marketplaces” by Viswanathan and Sridharan (2009) a more apt description. This framework considers ecological, economic, and social aspects of marketplaces and the vital role of local communities in eliminating poverty while sustaining cultures and traditions. Moreover, it allows for and even advocates for external businesses to play a “participant role” not just in a financial capacity, but through involvement that leverages expert resources and capabilities to support community level entrepreneurially driven businesses to achieve profitability and socio-ecological sustainability.

As we learned on our most recent trip, Finca 51 is already exploring this blended approach, working with businesses and volunteer experts who support their enterprise. But development happens slowly and I wonder if time will erode efforts or bolster collaborations? Yesterday, the women of Finca 51 allowed us into their world to learn more about them and share in their culture and lives. As our new Center in Panamá continues to grow and evolve, I hope there might be some small role perhaps we can contribute (student research and hands-on support) towards fostering the women’s sustainable marketplace initiative and the bright vision of Finca 51. 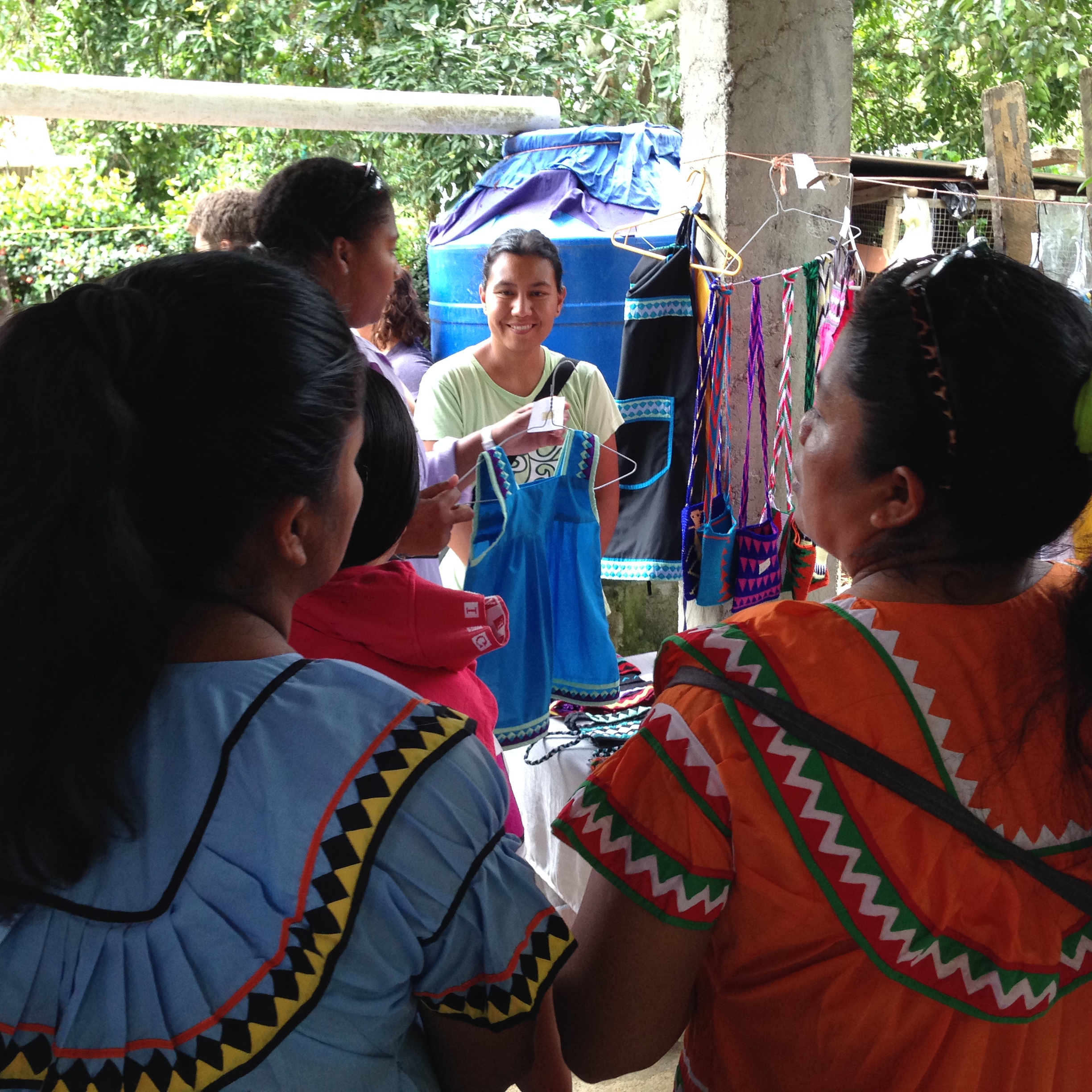 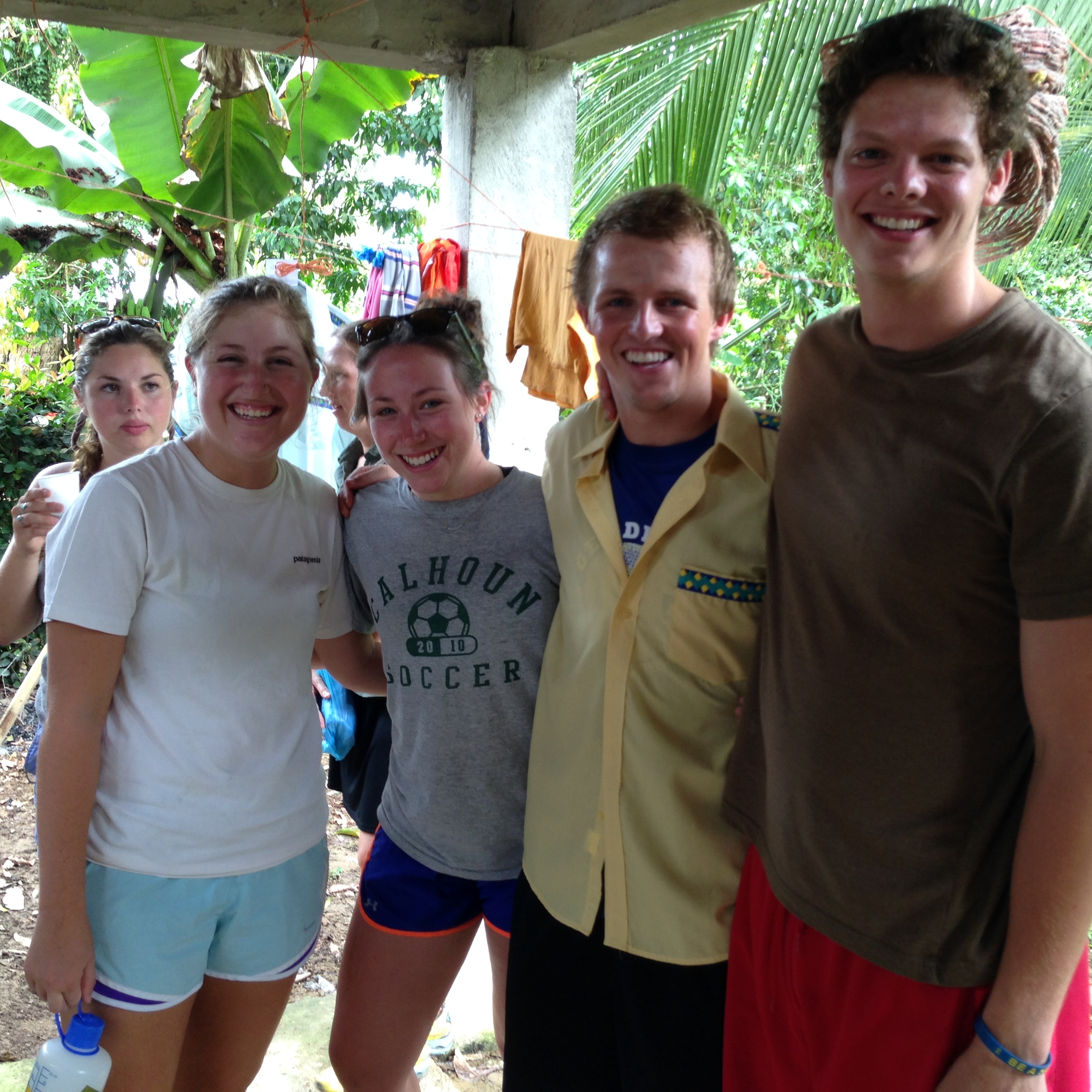 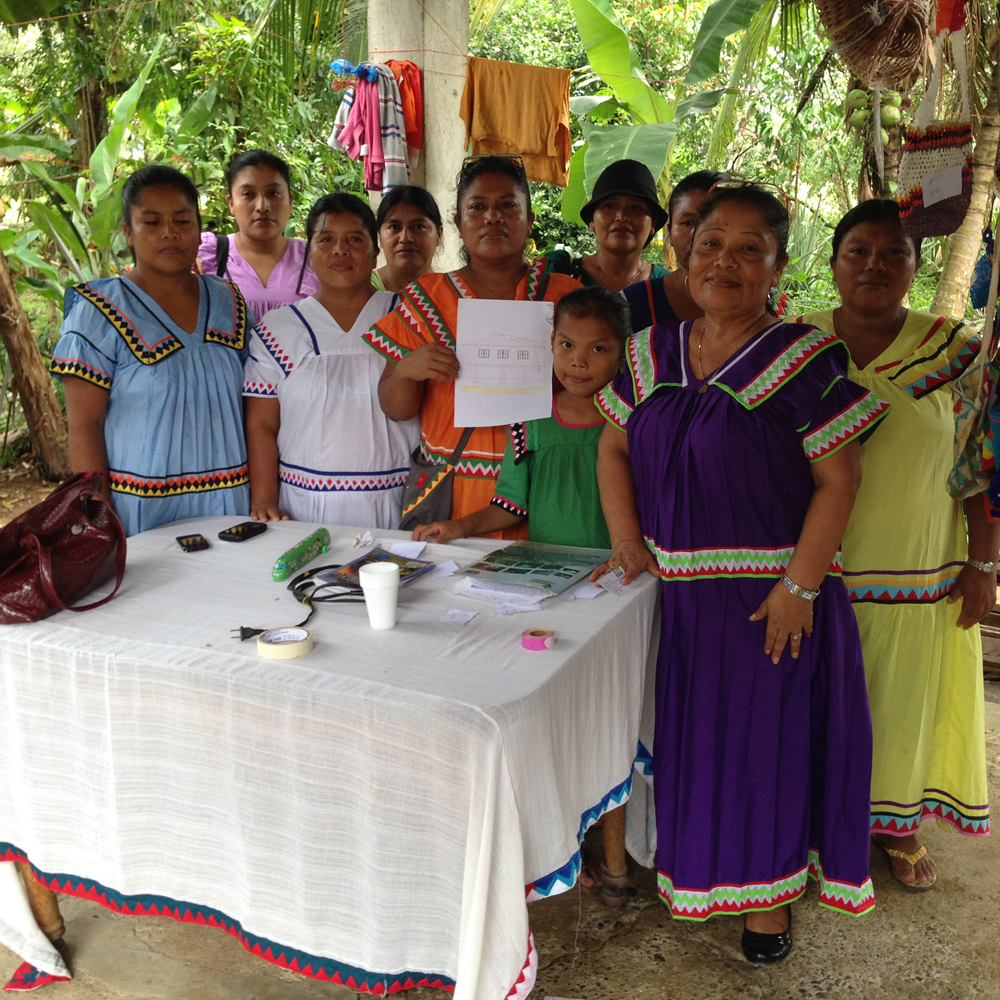 Leaders of Finca 51 Women’s Artisanal Cooperative holding the design for the new meeting building and store. 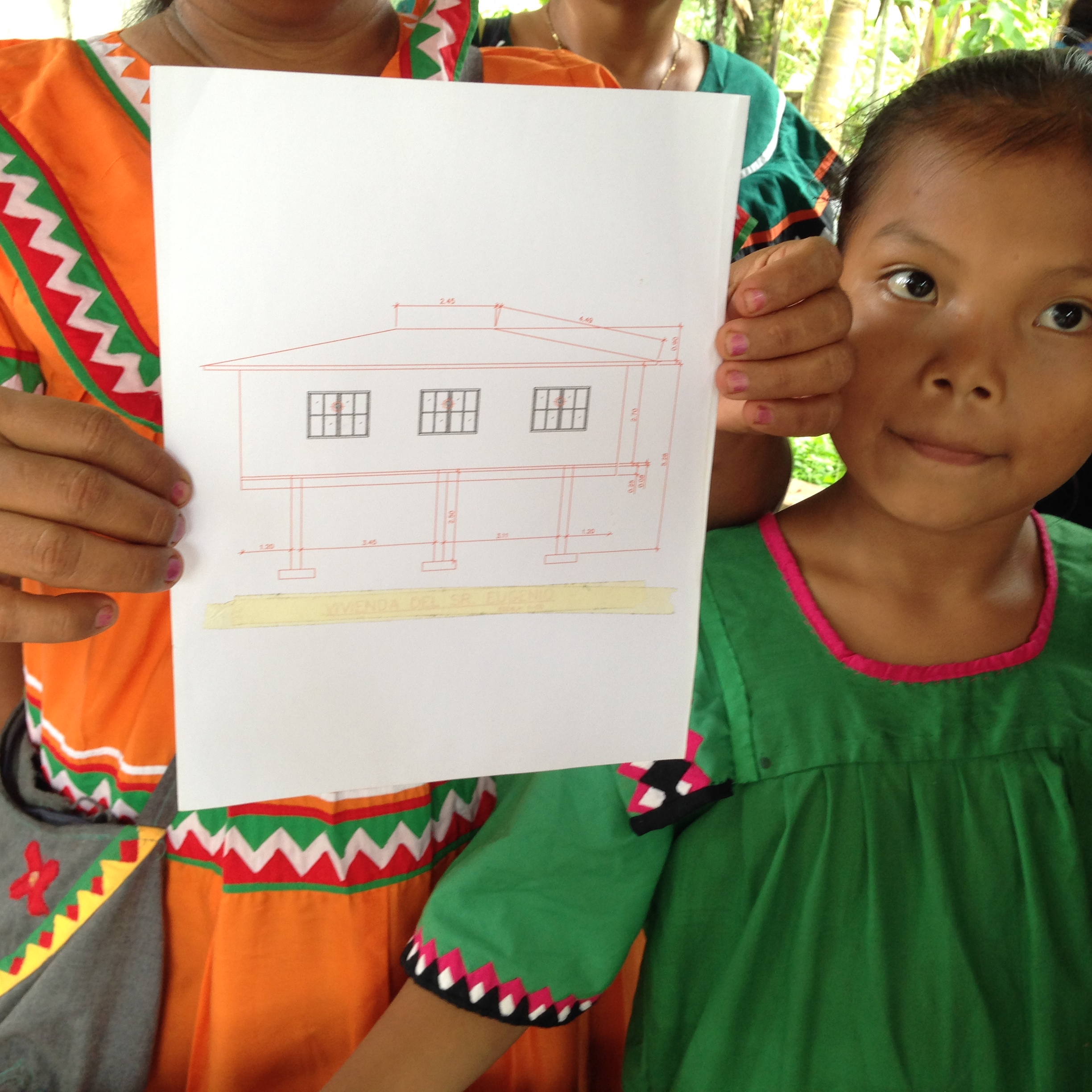 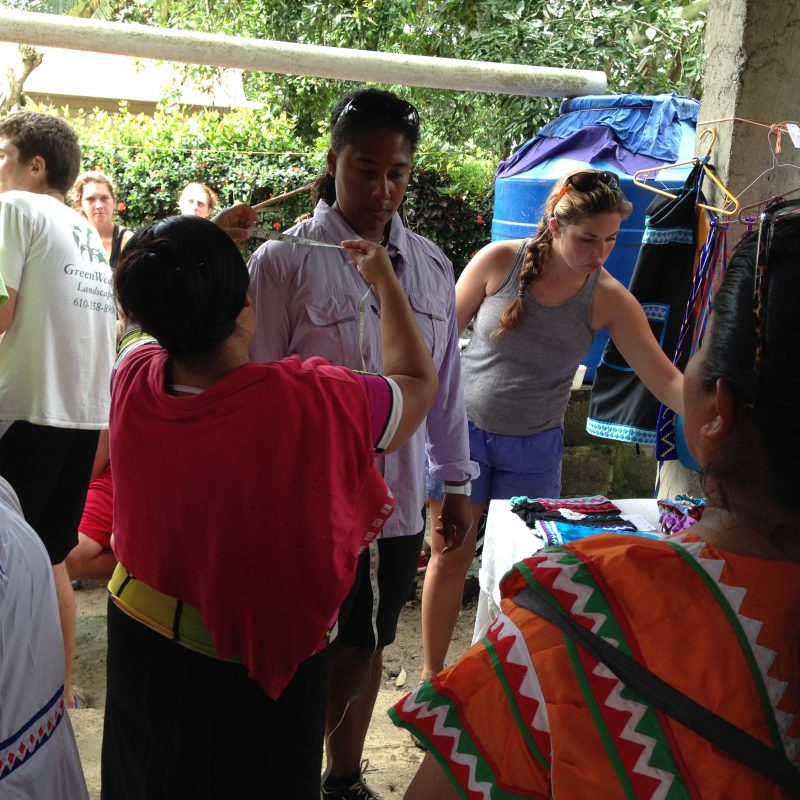 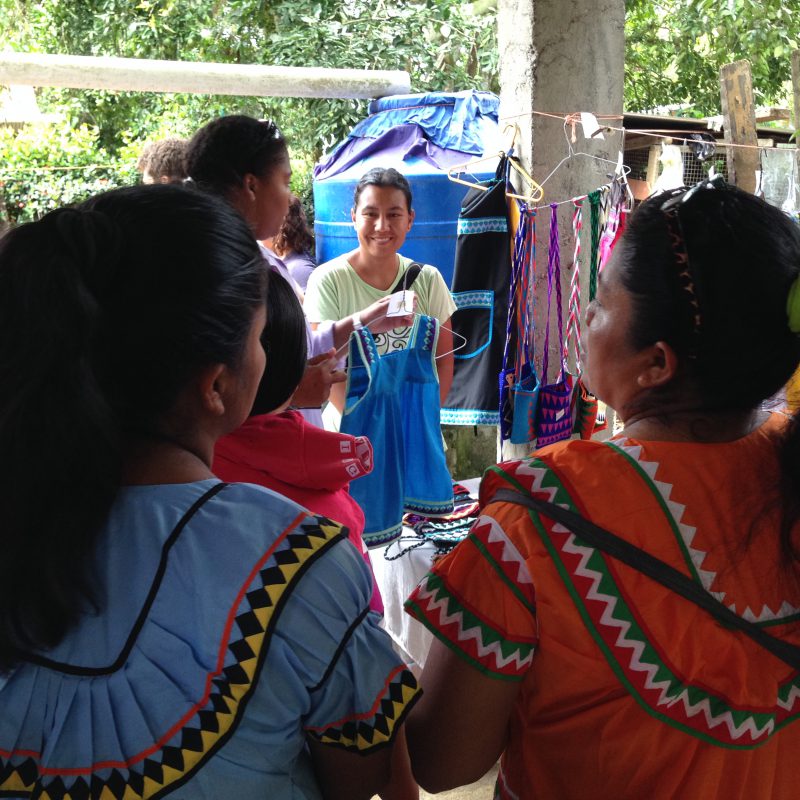 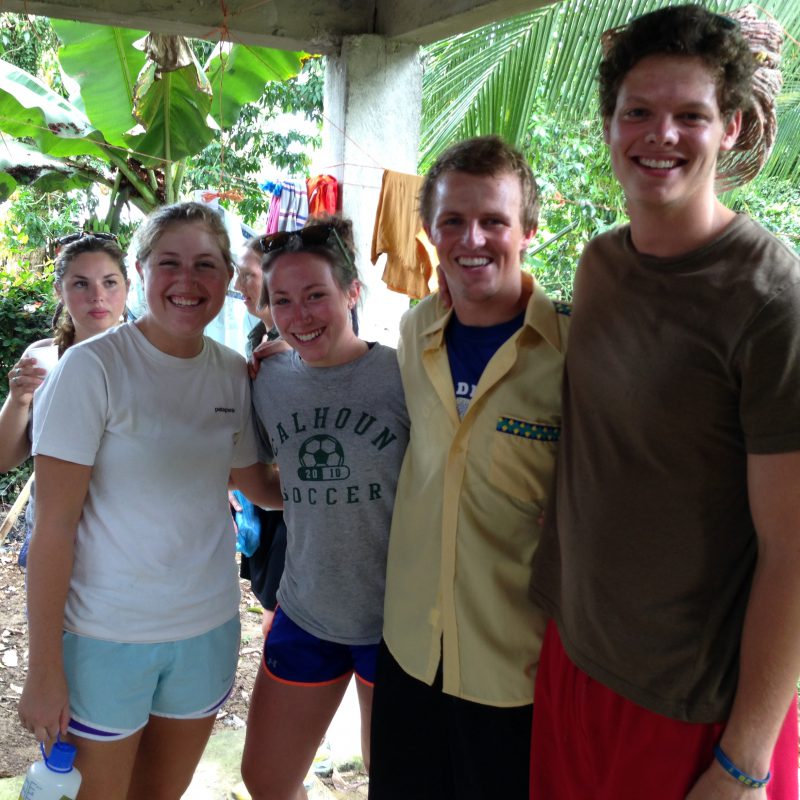 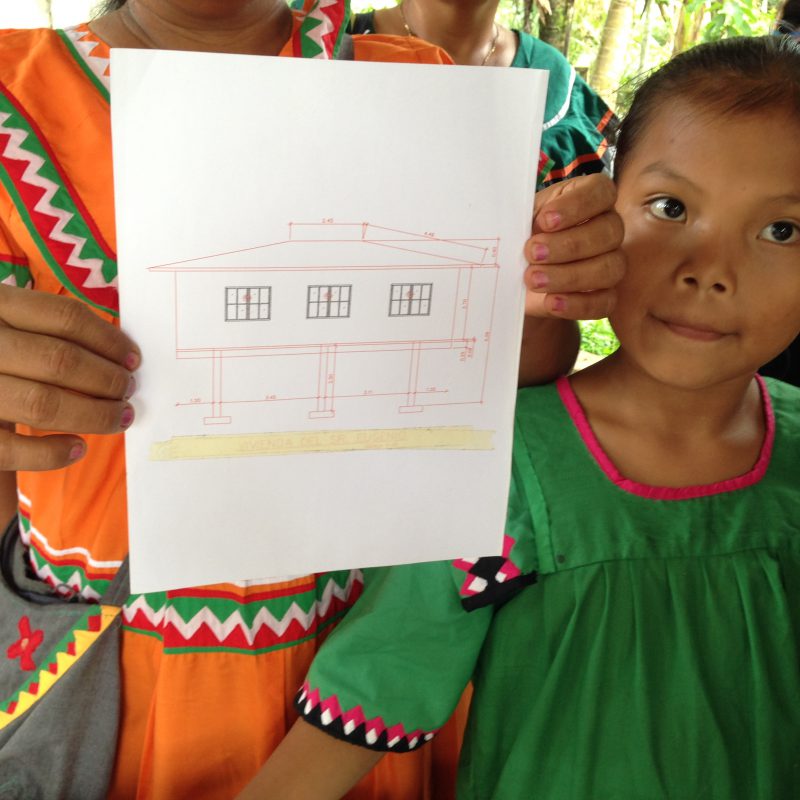 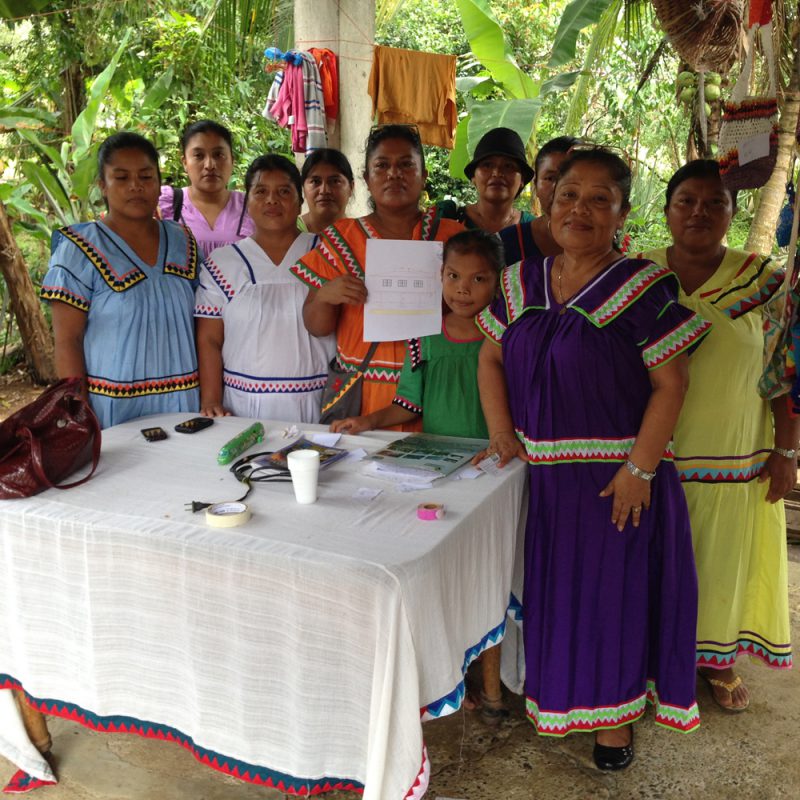