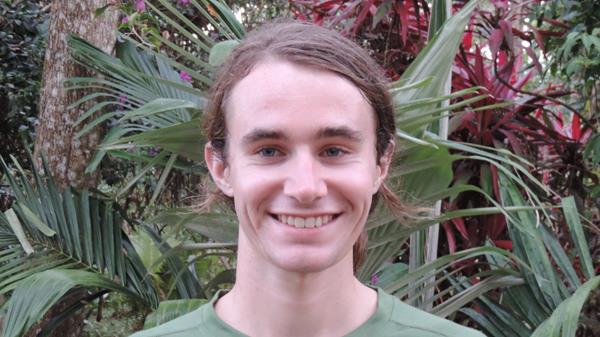 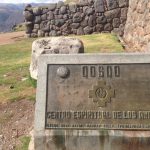 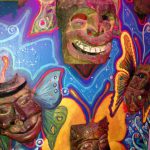 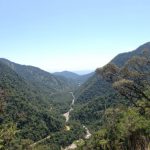 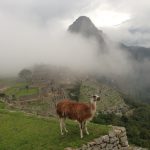 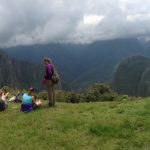 After a month and a half spent within the Amazon rainforest, it came as a shock to find ourselves back in the highlands of Cusco. It seems that the trip has gone full circle, returning once again to the city where the adventure began. All of the members of our group were glad to have time off, many saying that the break could not have come sooner. Despite the fact that we had spent so much time in close quarters, however, our group seemed reluctant to fully separate. The bulk of us stayed in the same hostel for our first two nights, with the exception of a couple members who met up with friends and family in the city.

The reality of Cusco was different than what we expected. You cannot walk down any street within the main historic district without being accosted by some vendor trying to sell you this or that llama keychain, alpaca hat, or guided travel package. I am certain that I have never said “no gracias” so many times in my life. 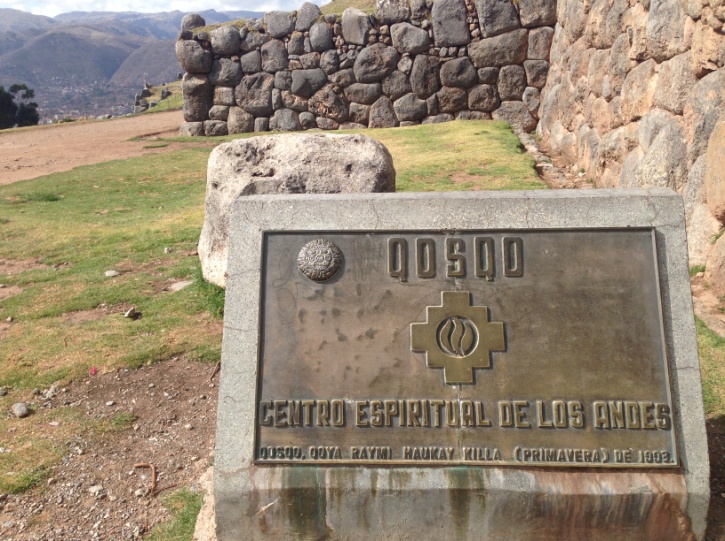 There seem to be an unlimited number of things to spend your time and money on, each catering to a different niche of tourist. You can find anything from pizza to KFC to traditional Peruvian cuisine like ceviche and cuy. Admittedly we did not venture far from the tourist centers near the Plaza de Armas, which may explain the abundance of such attractions. It was difficult not to be sucked in given the fact that we had been isolated in the jungle for some time. But I didn’t feel so bad just because of how wonderful it was sip on a steaming cappuccino, especially in the cool mountain air of Cusco.

Cusco is a city that does not sleep much, and in the night it is almost as crowded as in the daytime. The hoards of camera-clad, khaki-wearing tourists that roam the streets during the day seem to transform into party-going, disco-dancers by night. Correspondingly, the street vendors trade out their massage business cards and tour guide advertisements for free drink coupons and flyers promoting the hottest discotheque which is invariably located just around the corner. 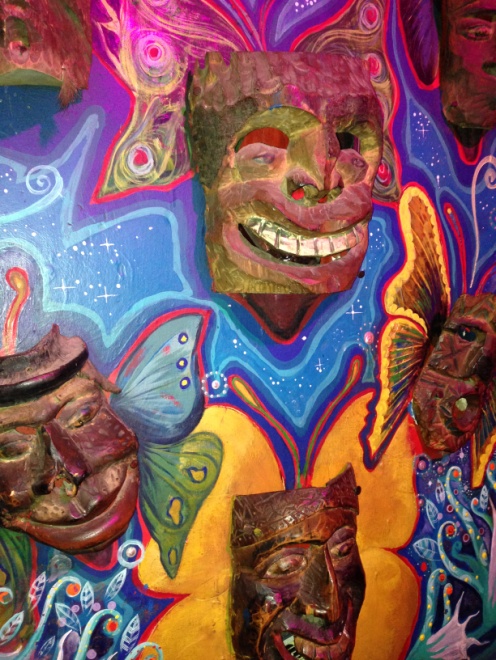 If you are lucky, you can find some live music in a bar or club. We found ourselves in a bar called Ukuku’s, a place with a real psychedelic vibe; tons of flowing paintings and strange sculptures and masks all over the walls. That night there was live music, and both of the bands featured the quena, a type of flute traditional to the region. The music was a beautiful synthesis of traditional styles with more modern influences, and it was impossible for us not to have a good time.

After spending a couple nights in Cusco, our merry band got on the train to Aguas Calientes in order to visit the main tourist attraction of the area, Machu Picchu. We elected to hike up the mountain instead of taking the bus from town. We did not anticipate just how steep the climb would be. The single-file string of tourist huffing up the stairs appeared like a line of determined ants moving steadily up a tree. We however, not having the endurance of ants nor lungs adjusted to the altitude, stopped several times gasping for air.

We were rewarded at the top with a view like something out of a dream. Llamas fed on the terraces and fog rolled off the mountains as we explored the sacred city throughout the early morning hours. Later we hiked two hours up the mountain to look at the site from far above. As we climbed the mountain was still veiled in fog but shortly after we reached the top the sun burst forth and the clouds dissipated. It seemed as though the day organized itself to give us a most beautiful experience. 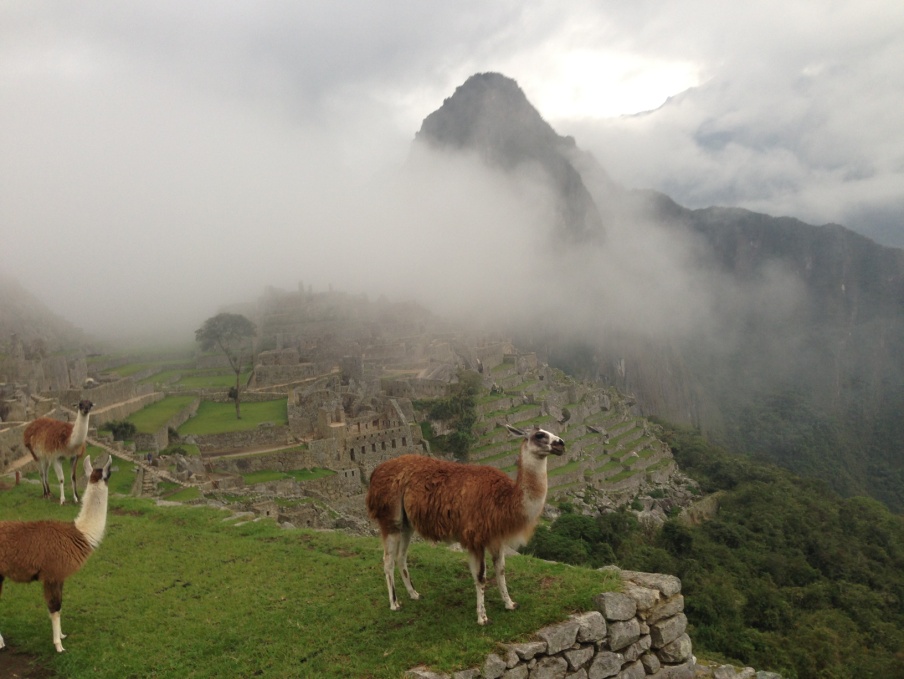 After we descended back down to the main site we relaxed in the sun on a terrace with lush grass. We were so tired after the intensive hike that we could not help but take a nap right then and there. When I woke I had forgotten where I was, and realizing I was still atop Machu Picchu it felt as though I still might be asleep.

It was a magical feeling atop that sacred mountain. I am certain we all felt as though we had achieved something great. But as awesome as it was to be in that moment, I could not stop my thoughts from drifting back to Pillcopata, that jungle town tucked away in the valley, far from the bustle of the city, which we learned to call home. 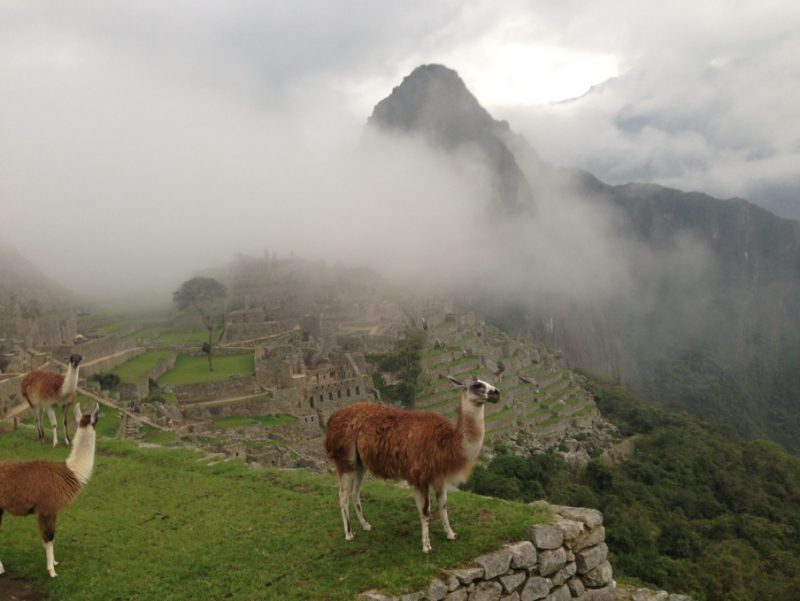 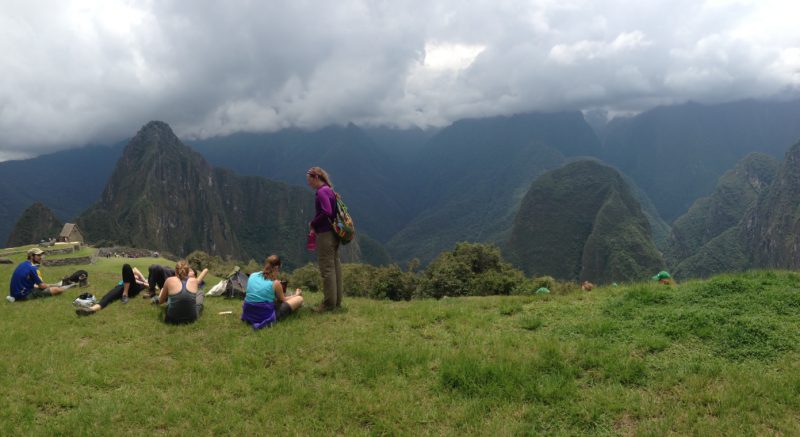