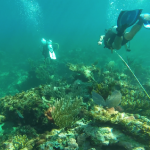 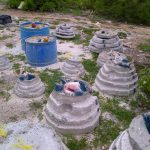 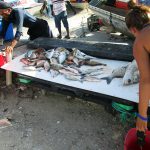 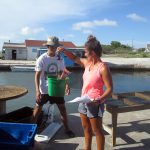 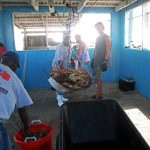 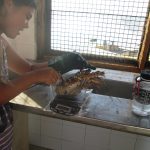 No rest for the weary at the SFS Center for Marine Resources Studies (CMRS) in the Turks and Caicos Islands (TCI).  Anyone who ever said that island life is laid back and relaxing has never been to one of The School for Field Studies’s programs. I remember the students first arriving at the CMRS in South Caicos, and stating what they most wanted out of the program.  It was often said: sharks; dolphins; diving in beautiful waters; and understanding how important this place is to the local people.

Little did they realize that it is so much more.  The students have now taken their strong background in ecology, marine resources management, and environmental policy to Directed Research (DR) projects that range from elasmobranchs to local commercial fisheries to stakeholder interpretations. 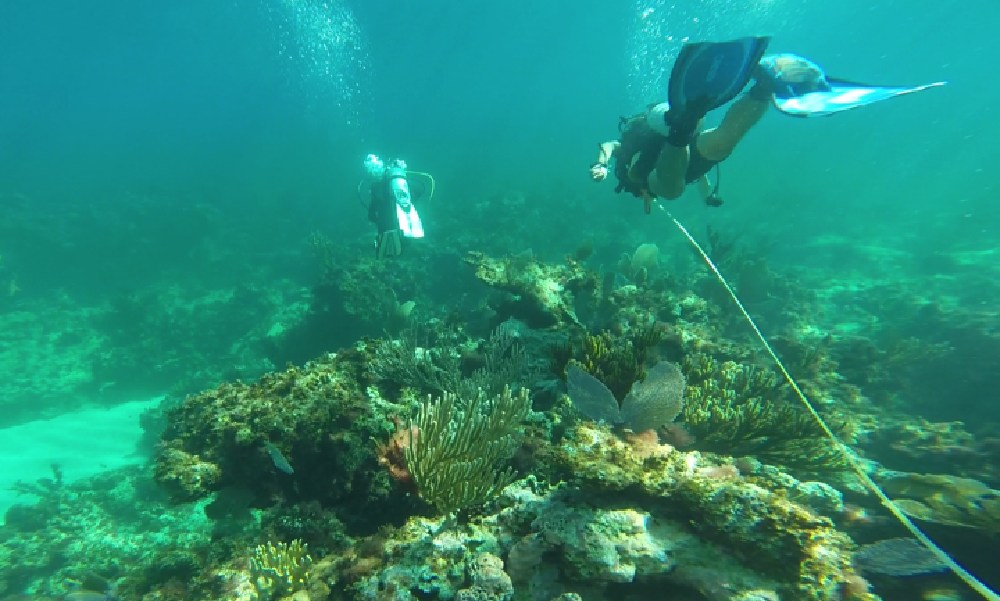 One of the most challenging Directed Research projects has been that of the fin-fishery. Data has been collected since 2006, but until recently local commercial fishers have had little discussion with regards to the regulation of the stocks and there has been some resistance with the discussion. The students of the fin-fish DR have been conducting visual surveys of the fin-fish populations both inside and outside of Marine Protected Areas, as well as working with local commercial fishermen to monitor and document catch sizes, biodiversity, and methodology of capture at the local docks. These students have really interacted with the local persons in South Caicos to better understand the source of the islanders’ livelihoods and discuss how to manage this resource for future use. 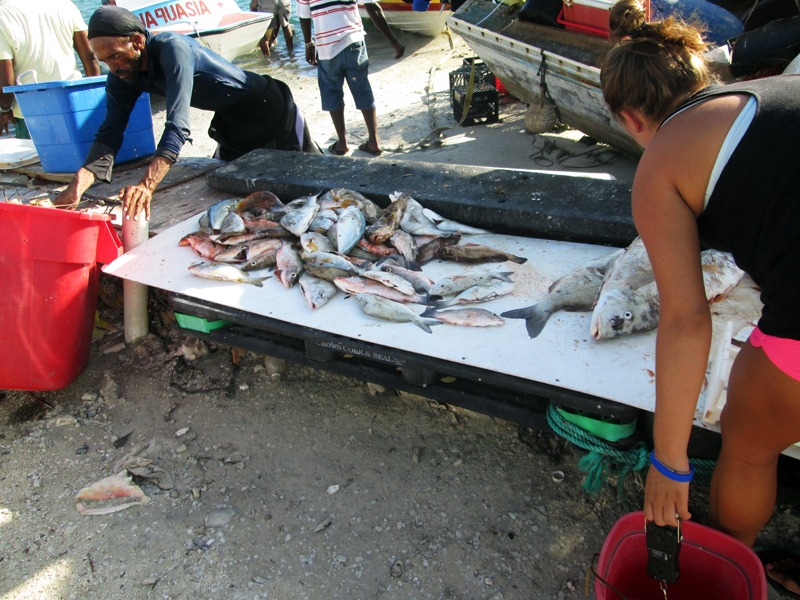 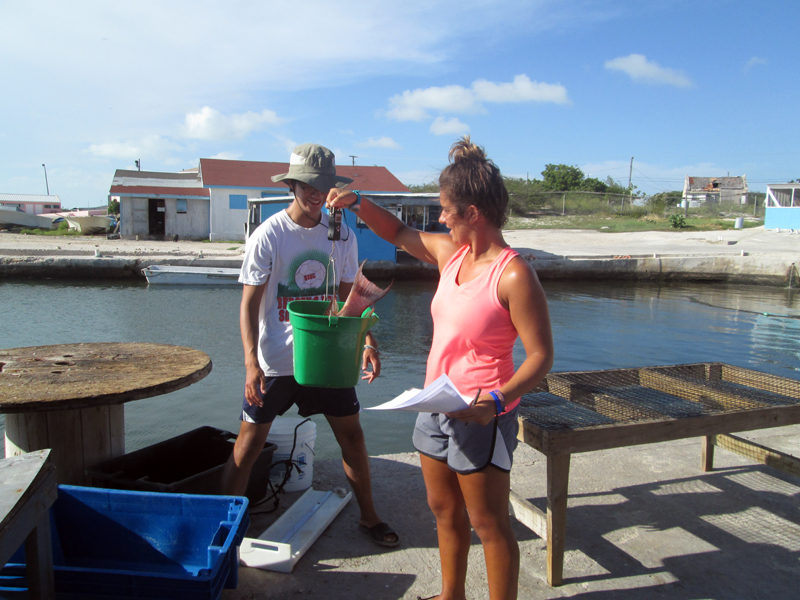 In another project, students have gotten involved with spiny lobster monitoring by assisting local fishers and TCI government to deploy lobster casitas (artificial habitats) in fishermen-designated locations. Physical labor has become part of the normal routine in the islands. These same students have been able to monitor established juvenile lobster condos by snorkeling in the shallow waters of the Caicos Bank. This information can potentially provide insight predicting commercial catches. These students have also had the wonderful opportunity to work directly with the local people on one of the Islands’ most valuable resources. 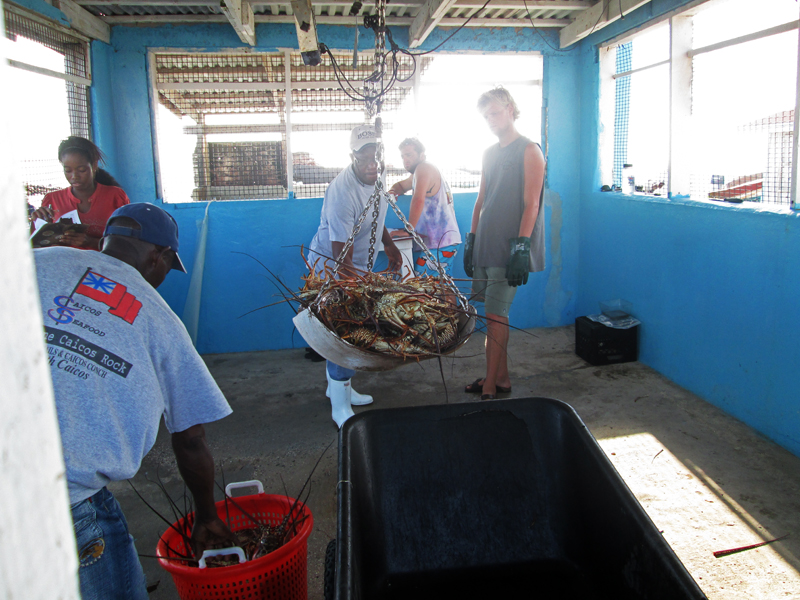 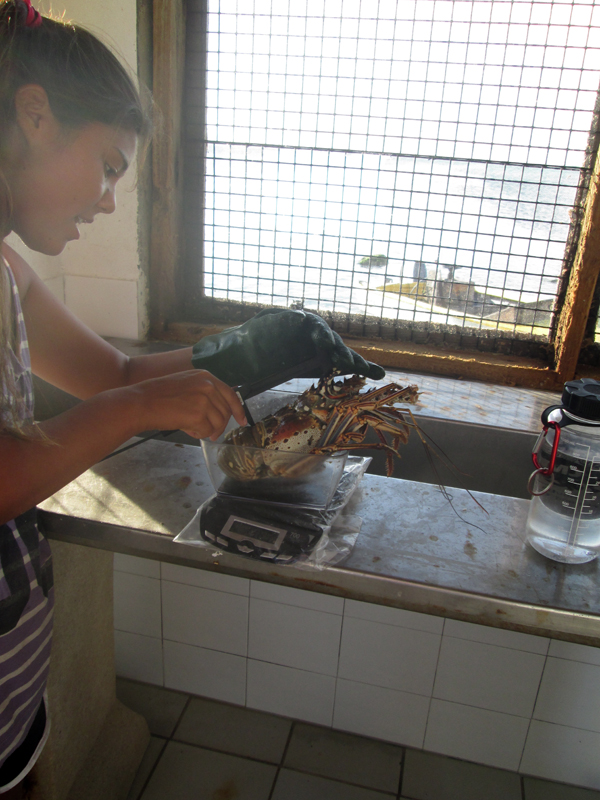 Although these are just two of the DR projects, there are many other projects that focus on topics besides local fisheries (elasmobranchs, eagle rays, coral reefs, to name a few), all of which work toward the Center’s 5-Year Research Plan. At the end of the this term, if the students are asked if they received what was expected at the beginning of the term, I think you would get an answer that is more than seeing megafauna.  They have been able to receive information regarding ecology, resource management, and policy in class; but then applied all that they learned in the field and invested those skills in their projects.

Whether it was daytime, nighttime, on boats, in the Salinas, at the commercial fishing docks, or interviewing community members; you can be assured that these students and staff have taken pride in the important and meaningful work done at CMRS. When or where else in the world can an undergraduate student play a vital role in a local community and get a worldly view, while watching the sunset over turquoise waters? 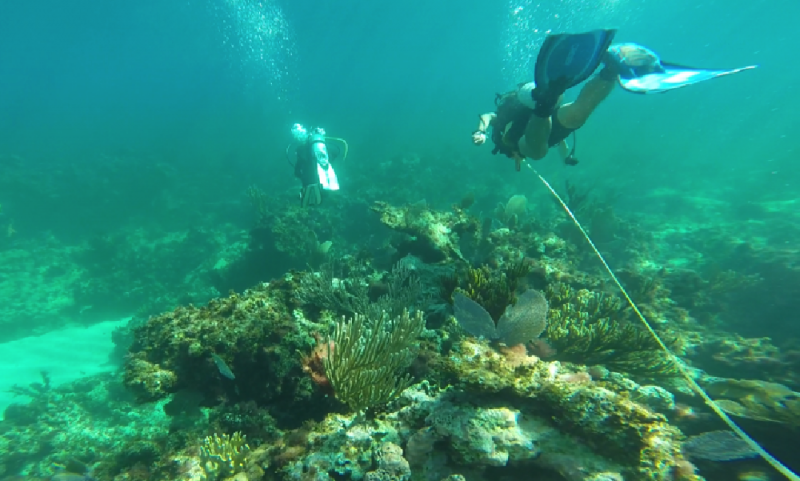 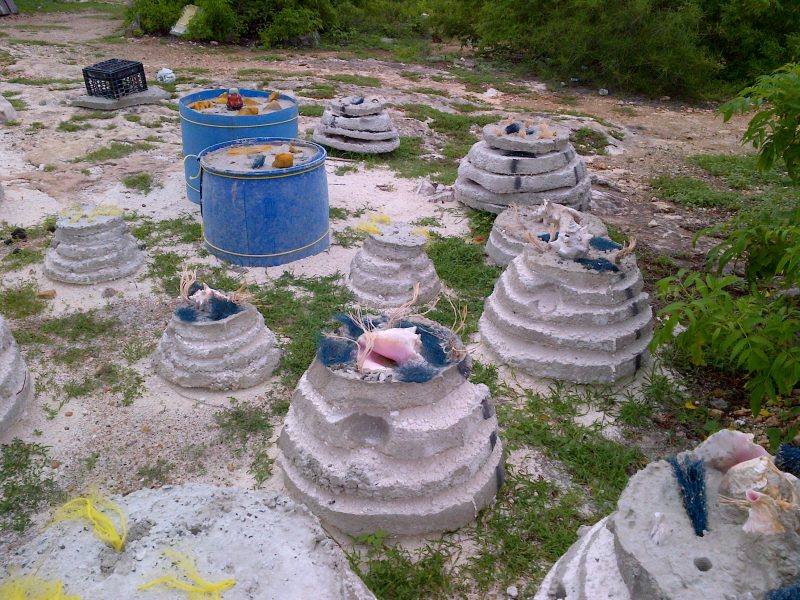 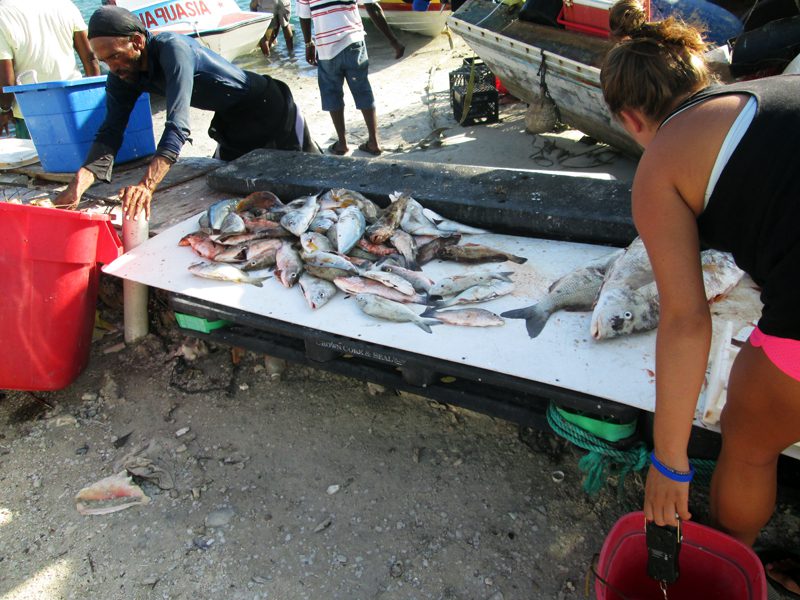 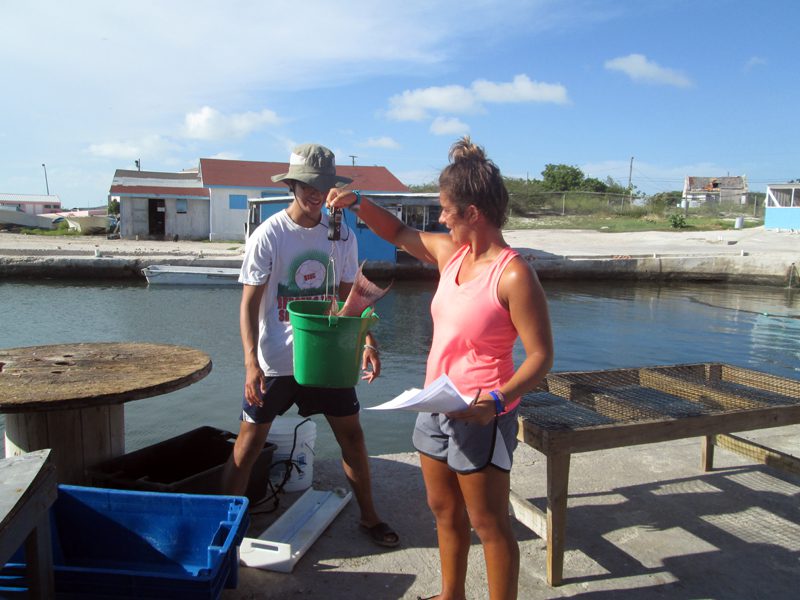 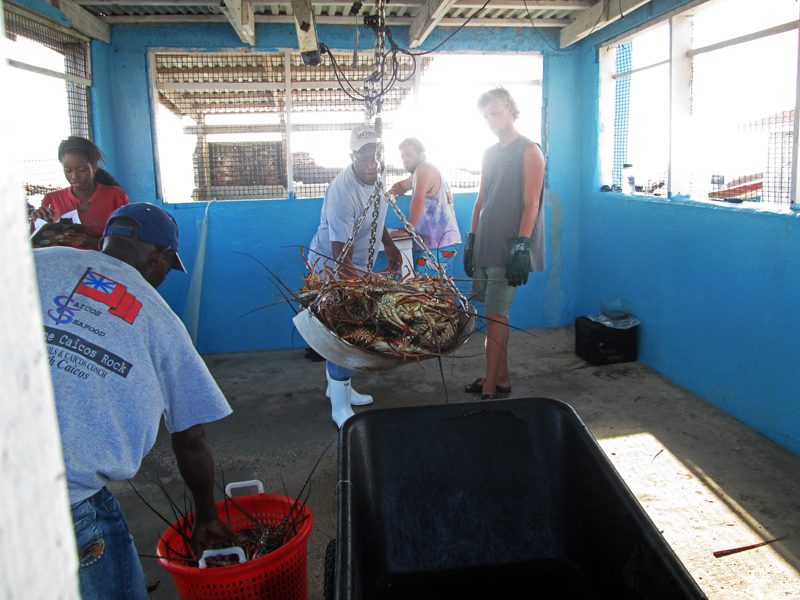 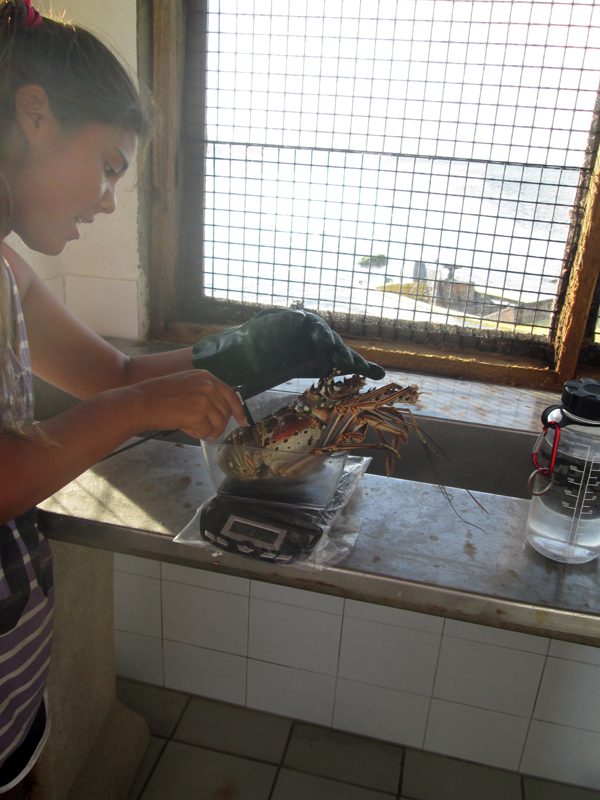