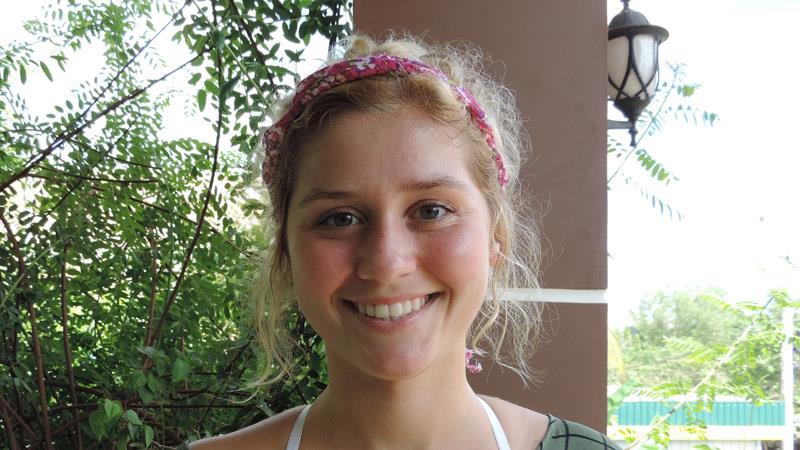 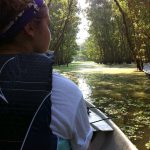 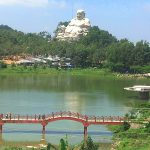 As we approach the end of our stay in Vietnam and Directed Research rapidly approaches, we all have a lot on our minds. We now have some idea of what it is we will be focusing on for our research projects. For most of us the anticipation is mixed with excitement for the independence of our own research, as well as fear of the unknown. But before we return to Siem Reap, we have spent about two weeks in Vietnam’s Mekong Delta.

We have been living in Can Tho, Vietnam’s third largest city, in the international dorms at Can Tho University. While here we have had lectures with experts on the Mekong Delta, made new friends, played Frisbee for a fascinated audience, spent a significant amount of time sweating, and learned about life in a Vietnamese city and the surrounding Delta. 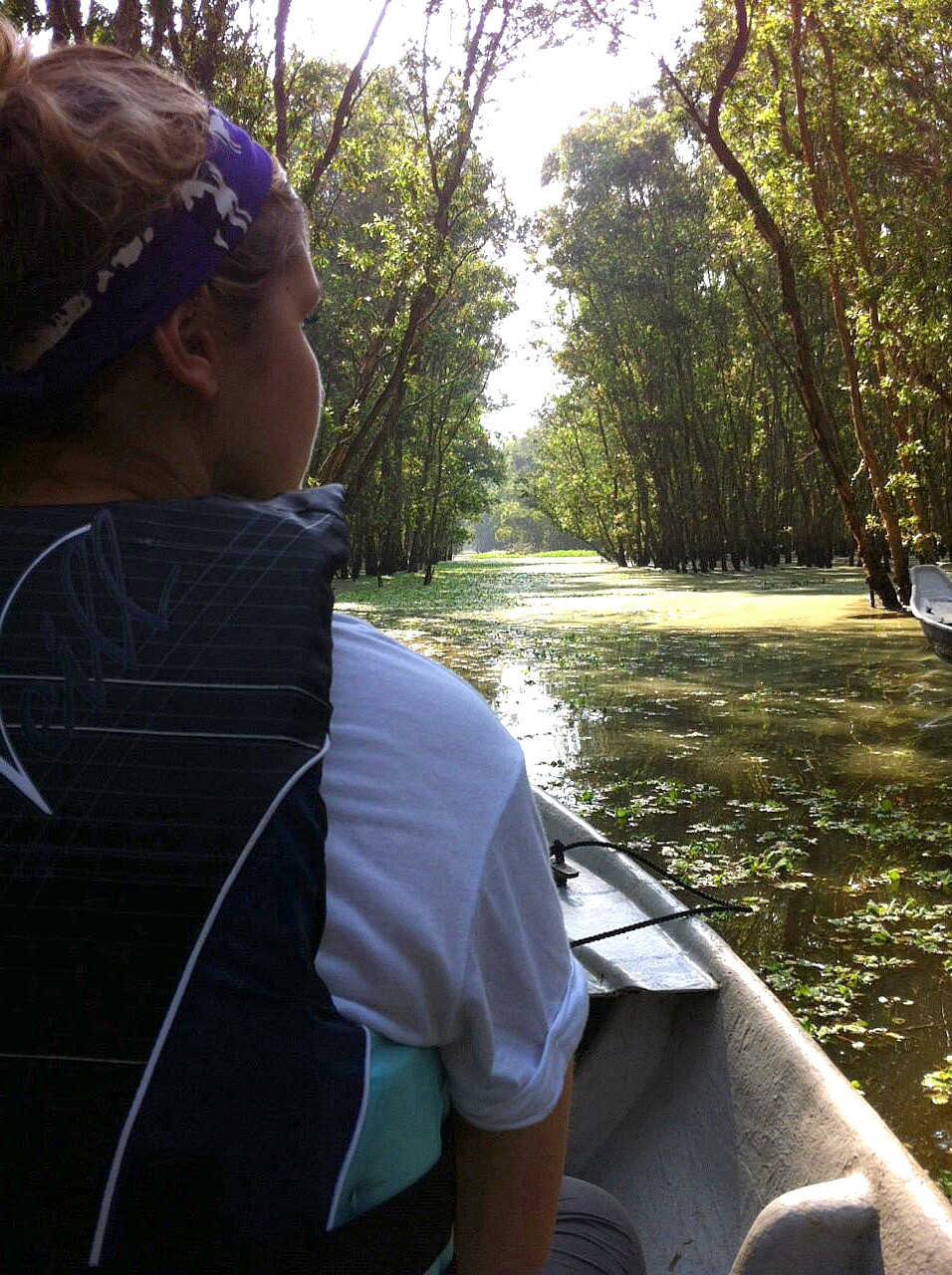 We have gone on two overnight field trips. The first was in An Giang province where we went to Tra Su to study, and take pH samples, from the river. We were expecting just a mucky river. What we got was a breathtakingly beautiful river system, picturesquely taken over by partially submerged Melaleuca trees and 70 different species of the most unique birds I have ever seen.

On the second day we hiked up a mountain to see the best possible view of not only the dyke, but also the largest Buddha statue in Southeast Asia. The statue was enormous, the view was breathtaking, and the hike was literally breathtaking. On our second field trip we went to Soc Trang and Bac Lieu where we visited the bat pagoda (a pagoda that has now become the home of about 800 bats) and learned about bat conservation. We saw extensive shrimp and shrimp-rice farming systems, and learned about coastal erosion, dyke systems, and saline intrusion. Finally we went to a mangrove forest on the coast where we learned about efforts to reforest the area that has been predominantly developed into agricultural land. 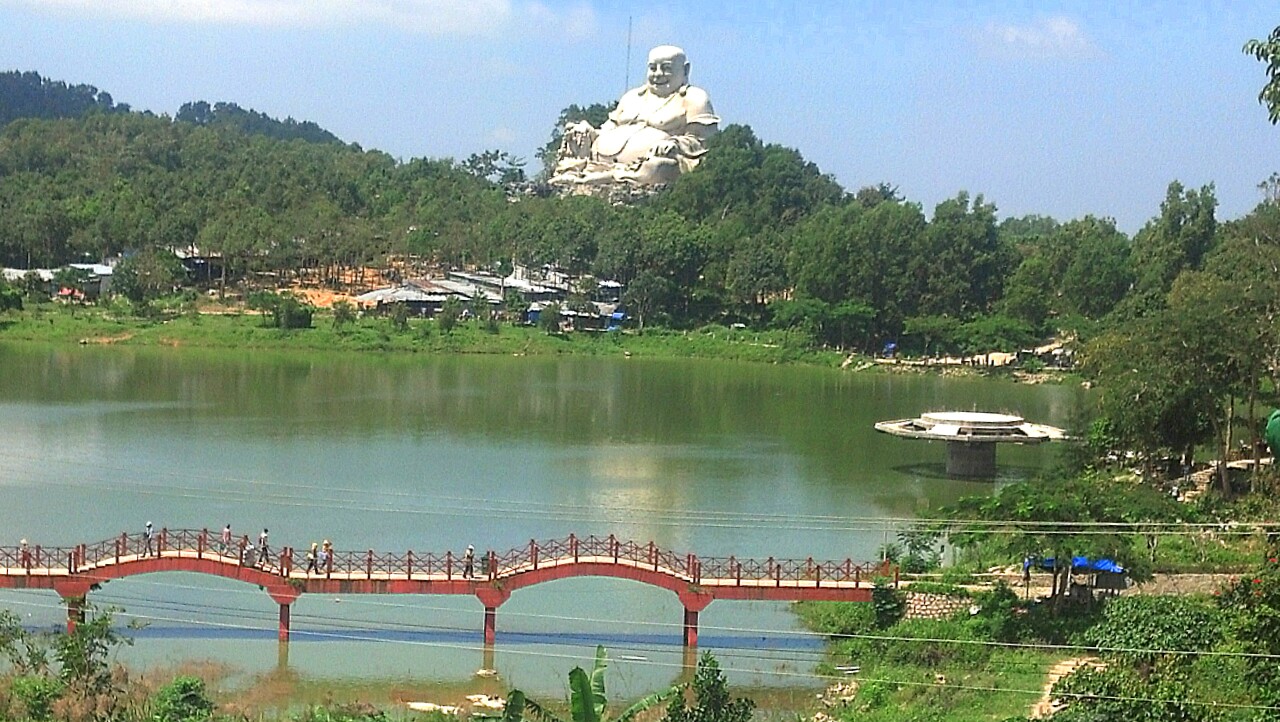 Someday I hope to return to Vietnam to see more of the north. Two weeks is too short of a period to really get a feel for such a diverse country; however, I am excited to go to Kampot next week and then return to our cozy nook in bustling Siem Reap. 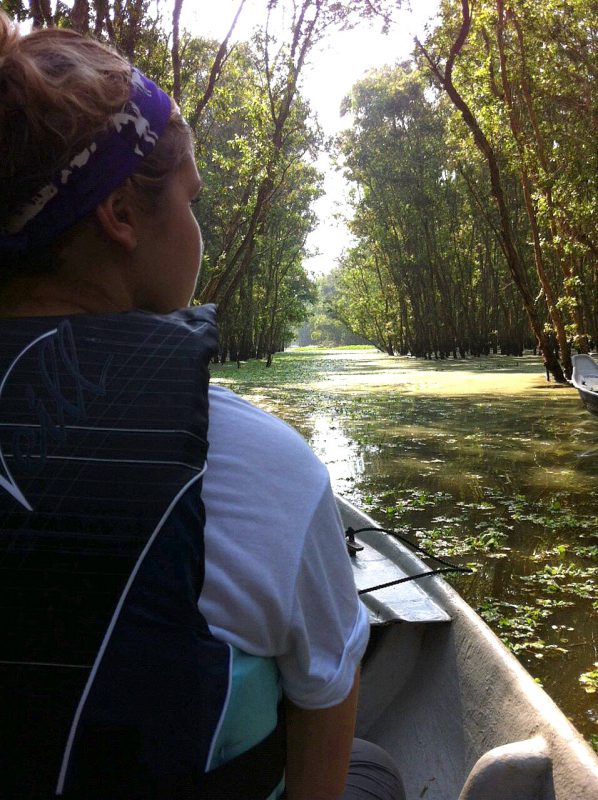 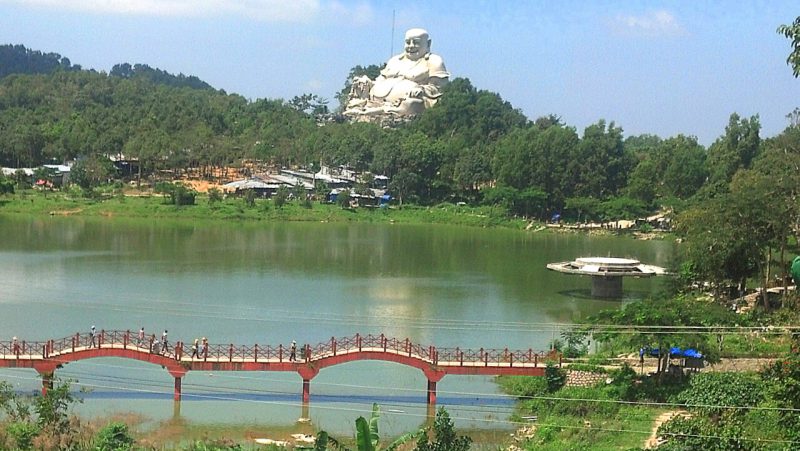