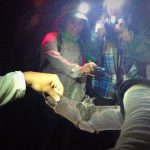 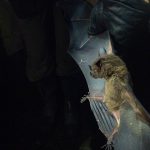 At the start of every new semester at SFS Peru, students take a head-on plunge into biodiversity. Nowhere else in the world there are as many species of plants, insects, fish, frogs, birds, and mammals as in the Amazon headwaters, where our field center is located. A unique combination of plentiful, year-round rainfall and sunlight, plus relatively fertile soils derived from the Andes Mountains has created an unparalleled richness of living forms. Among our closest relatives, the mammals, no group in the Amazon has taken this biodiversity race to such an extreme as bats, which are unmatched in their variety of species, shapes and lifestyles.

Bats were the superstars of the Tropical Ecology course at SFS Peru this past week. On an evening field excursion, students and instructors set up mist nets and captured bats to explore the astonishing morphological and functional diversity of these rarely seen mammals. The bats were carefully removed from the nets by faculty trained in wildlife handling and treated as celebrities surrounded by fourteen student paparazzi. We spoke of how short-faced bats are adapted to crunching fruit; long-eared bats to capturing large insects; long-tongued bats to drinking nectar from flowers; large, broad-winged bats to hunting small vertebrates; and nose-leaf bats to echolocating through their noses and thus fly off with food in their mouths to the safety of a night roost.

Bat ecological diversity does not stop there, and continues on to include species that feed on spiders, pollen, frogs, fish, and blood. Just by looking at how diverse body shapes are in a given bat community, an ecologist can figure out how complex it is in terms of dietary diversity, and gauge the beneficial impact these animals have in the ecosystem as pollinators, seed dispersers, and regulators of crop pests.

By becoming the first nocturnal flying mammals, bats opened up a whole new unexploited ecological dimension and diversified into feeding niches that no other mammal has ever tackled as a group. Seventy million years ago, when bats took off the ground, they set out to become masters of the Amazon’s warm tropical night and mammalian world champions of biodiversity. At SFS Peru, we are lucky to have so many of them as close neighbors. 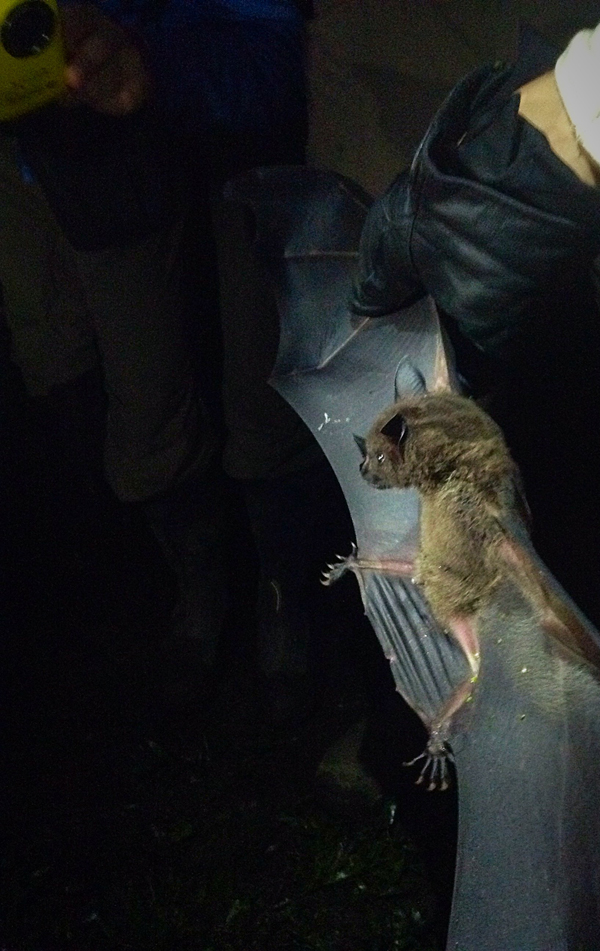 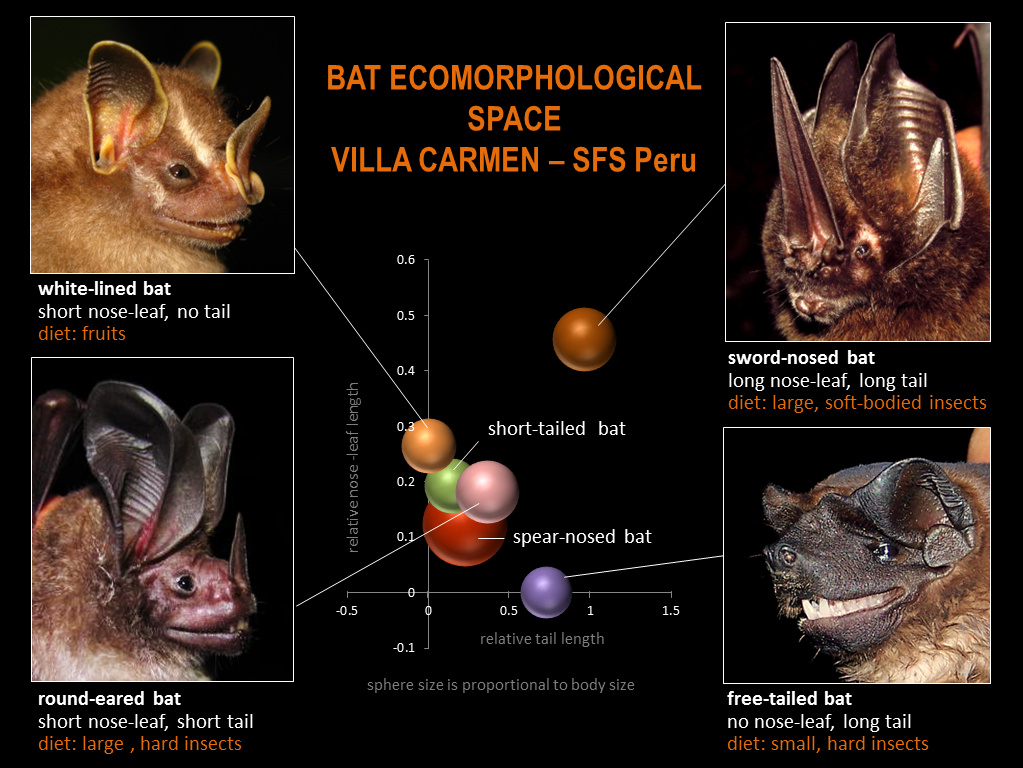 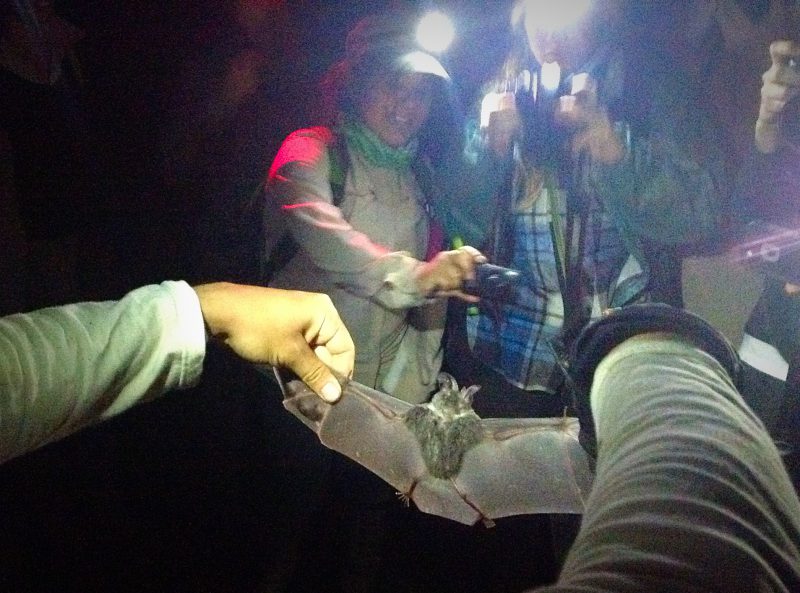 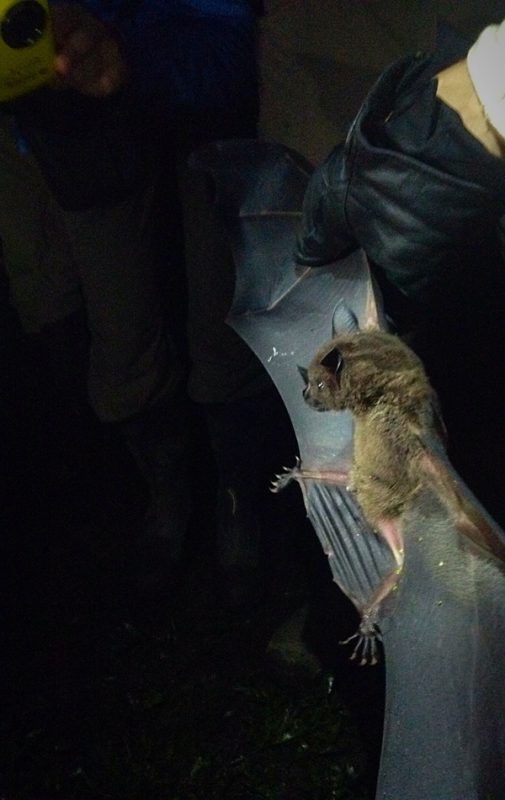