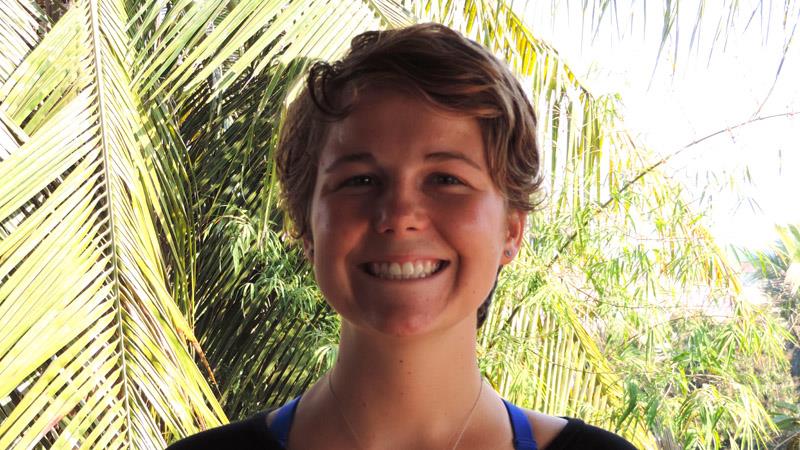 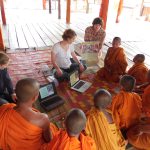 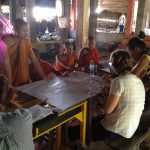 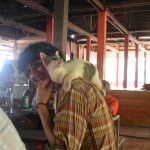 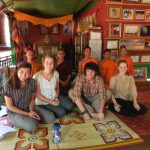 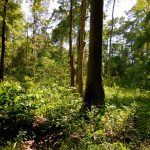 Monks and Environmental Values in Cambodia

Susadye! We just finished our fourth day of Directed Research (DR) data collection. Chris, Stephanie, Dr. Georgina Lloyd, and I (with the help of Vichet and Lok Ta Rong) are meeting with Buddhist monks from monasteries around northwestern Cambodia to learn about their perceptions of the environment, the environmental activities of their monasteries, and the effectiveness of the Angkor Centre for the Conservation of Biodiversity (ACCB) Monk Training Program.

We are visiting monasteries that have received environmental training as well as those that have not. Our work begins early in the morning as the monks cannot meet with us after 11AM, when they have their final meal of the day. This has turned out to be a blessing since we are back home during the hottest part of the day and have time for a group “meditation.” 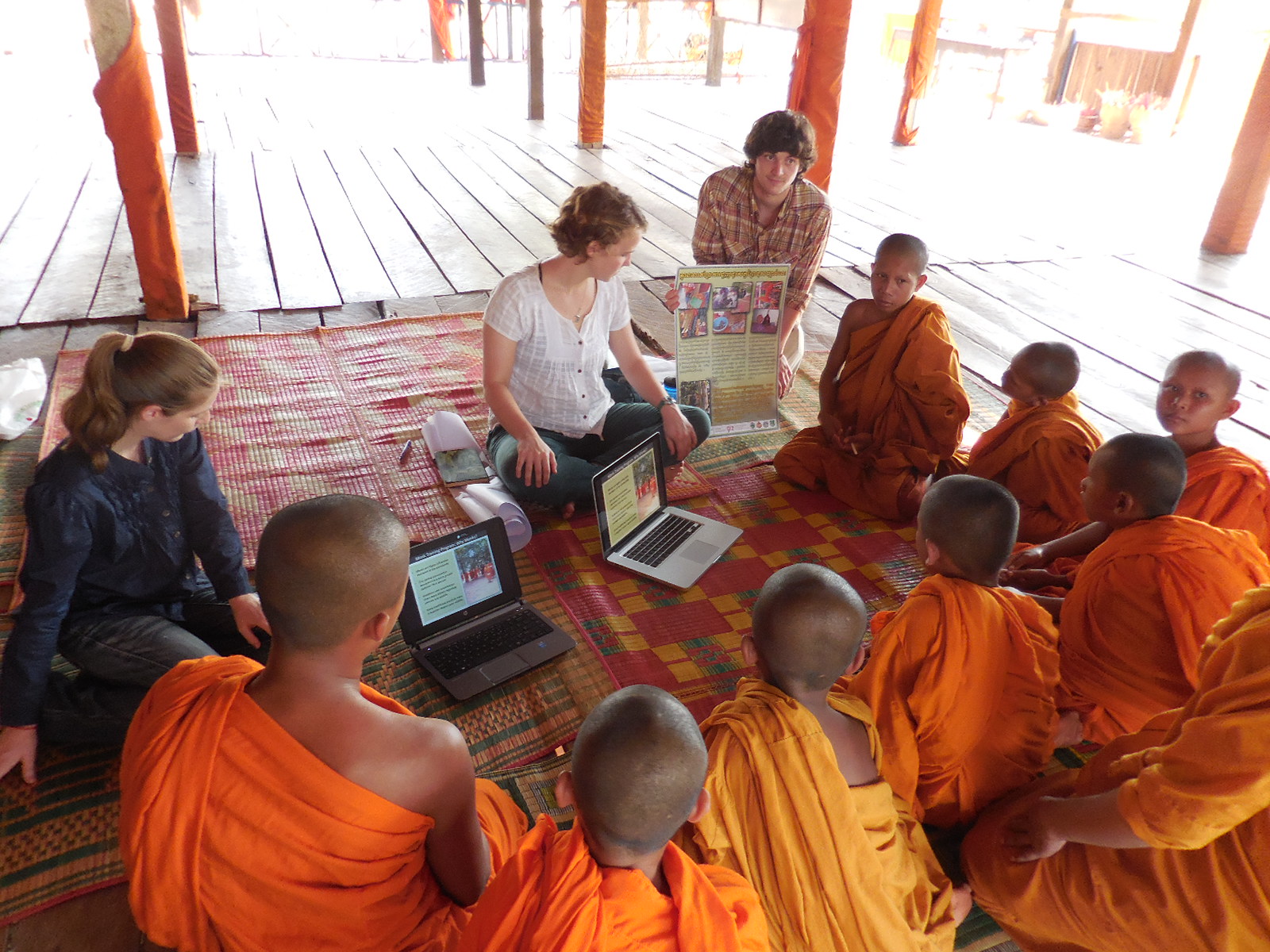 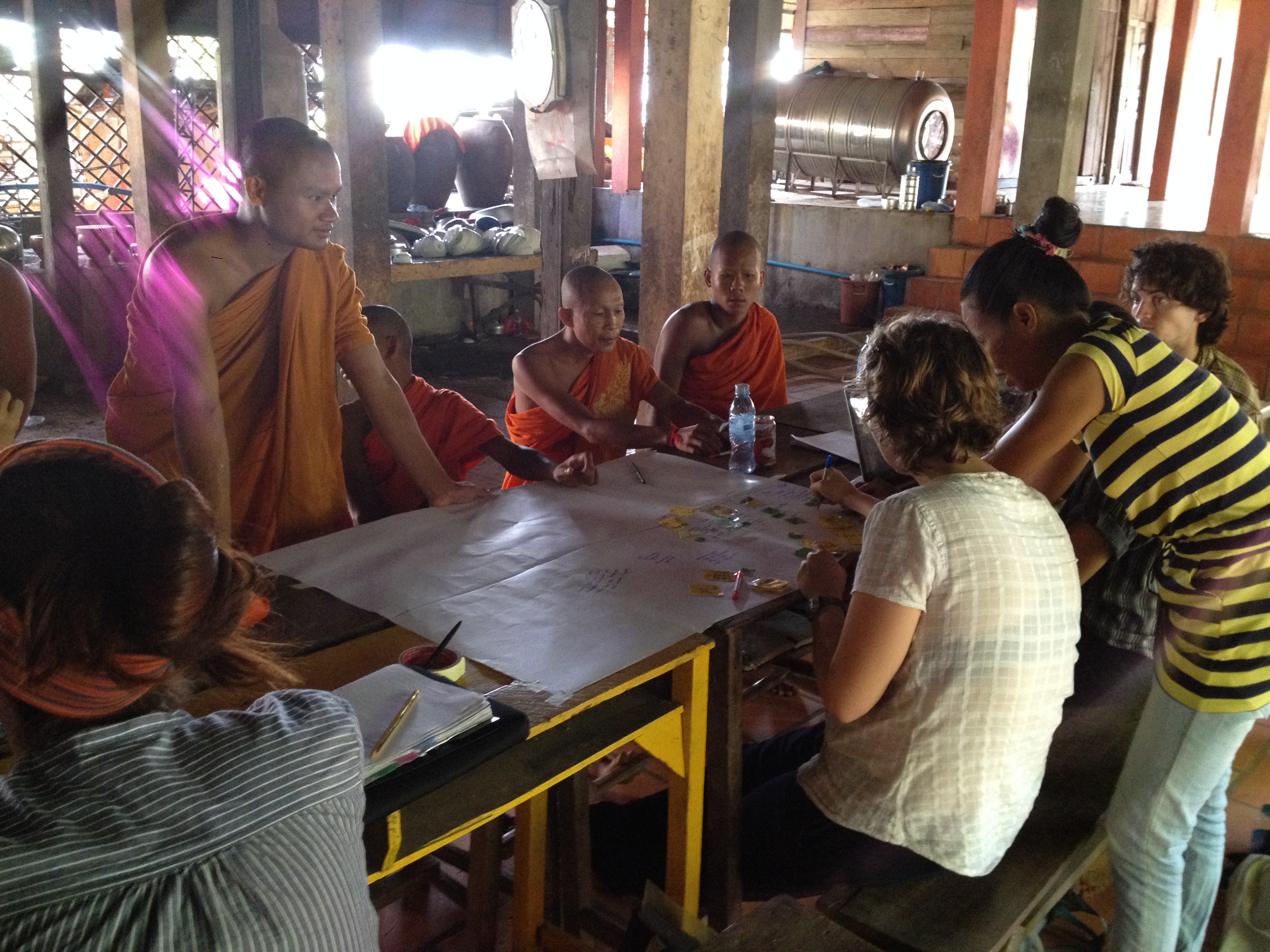 First, we visited Siem Reap’s “Cat Pagoda” next to an Angkorian temple and an urban monastery with a Khmer Rouge memorial. We also just finished our trip out to Samrong City… the excitement never stops. Samrong City is the provincial capital of Oddar Meanchey and next to the Thai border. The main attraction of Samrong City for our group, besides our hotel restaurant’s “to eat raw meat of beef” dish, is the Monk Protected Forest (MPF) outside of town. The MPF has gained fame as a positive example of forest conservation in Cambodia. It was founded in 2001 by the Venerable Bun Saluth; monks, community members, NGOs, and government officials are working together to educate surrounding communities and to patrol the forest for illegal activities. We learned about the MPF earlier in the semester and had been looking forward to this visit. 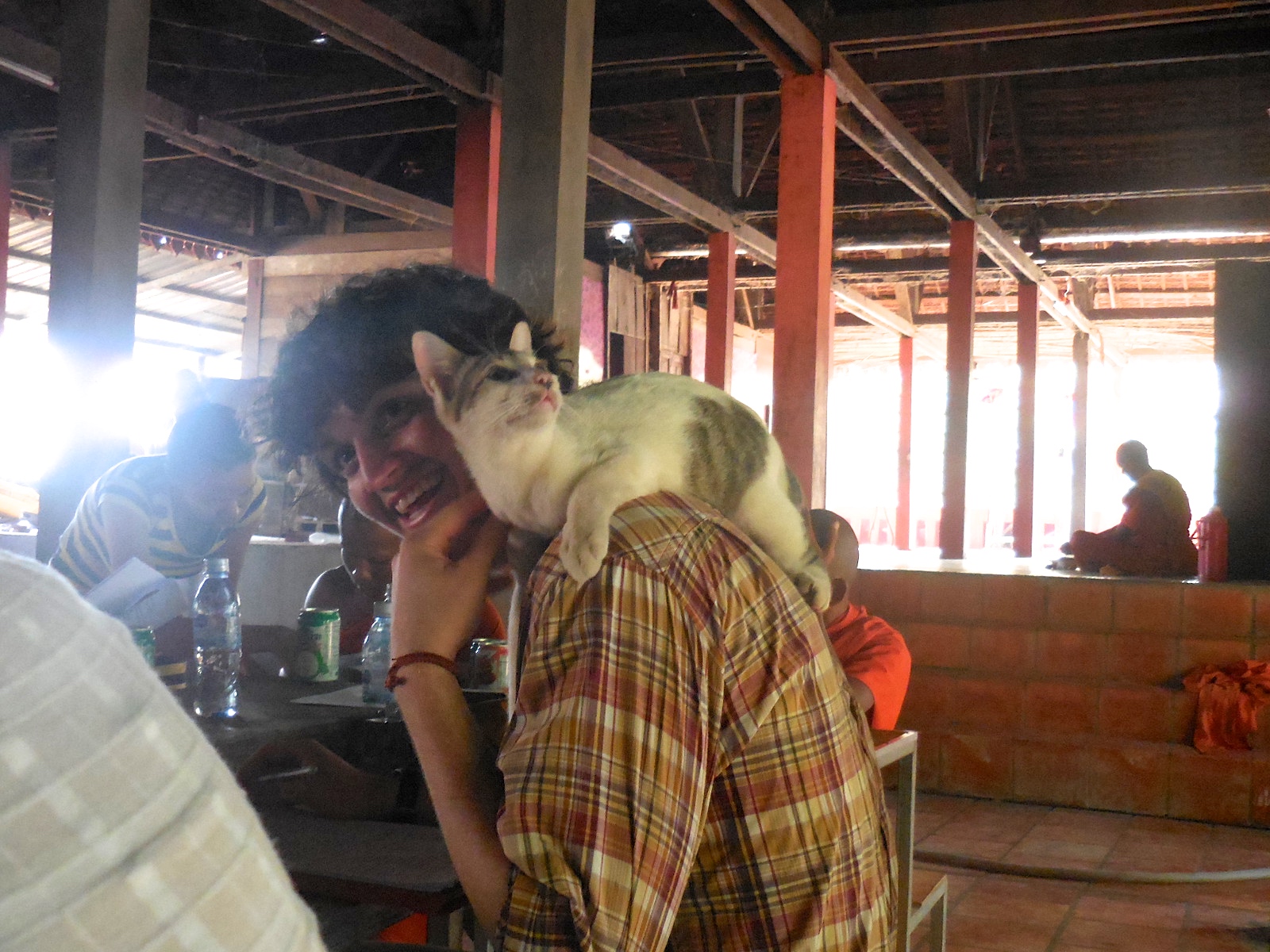 Yesterday morning, we went to Wat Samrong to meet with monks involved with the MPF. This was the most environmentally active wat we’ve visited yet, and it was amazing to hear their stories and wisdom. These monks regularly facilitate community conservation workshops, remove animal traps from the forest, rescue pythons, wild pigs, turtles, and other animals, patrol for illegal logging, and plant trees. Most interestingly to me, up to twenty times a year, the monks perform tree ordinations where they tie monk robes around trees in the forest. After the ceremony, the trees are blessed and respected by community members and illegal loggers. The success of this forest and the influence of the Buddhist Sangha on conservation in this area are inspiring.

We drove out to the MPF to learn more. We sat down with a monk there, and he began talking about the importance of the forest and the conservation efforts going on. We learned that he was Ven. Bun Saluth, the MPF founder, and he showed us pictures from his forest patrolling the night before. He talked about running through the forest to stop people from cutting trees and hunting. He took us on a walk through the forest and told us about how happy he feels there and how he hopes to conserve it for future generations. It was an awesome day, and it is uplifting to see conservation efforts making a difference. I’m so grateful I’m getting exposed to so many cool experiences, beautiful places, and wise people. 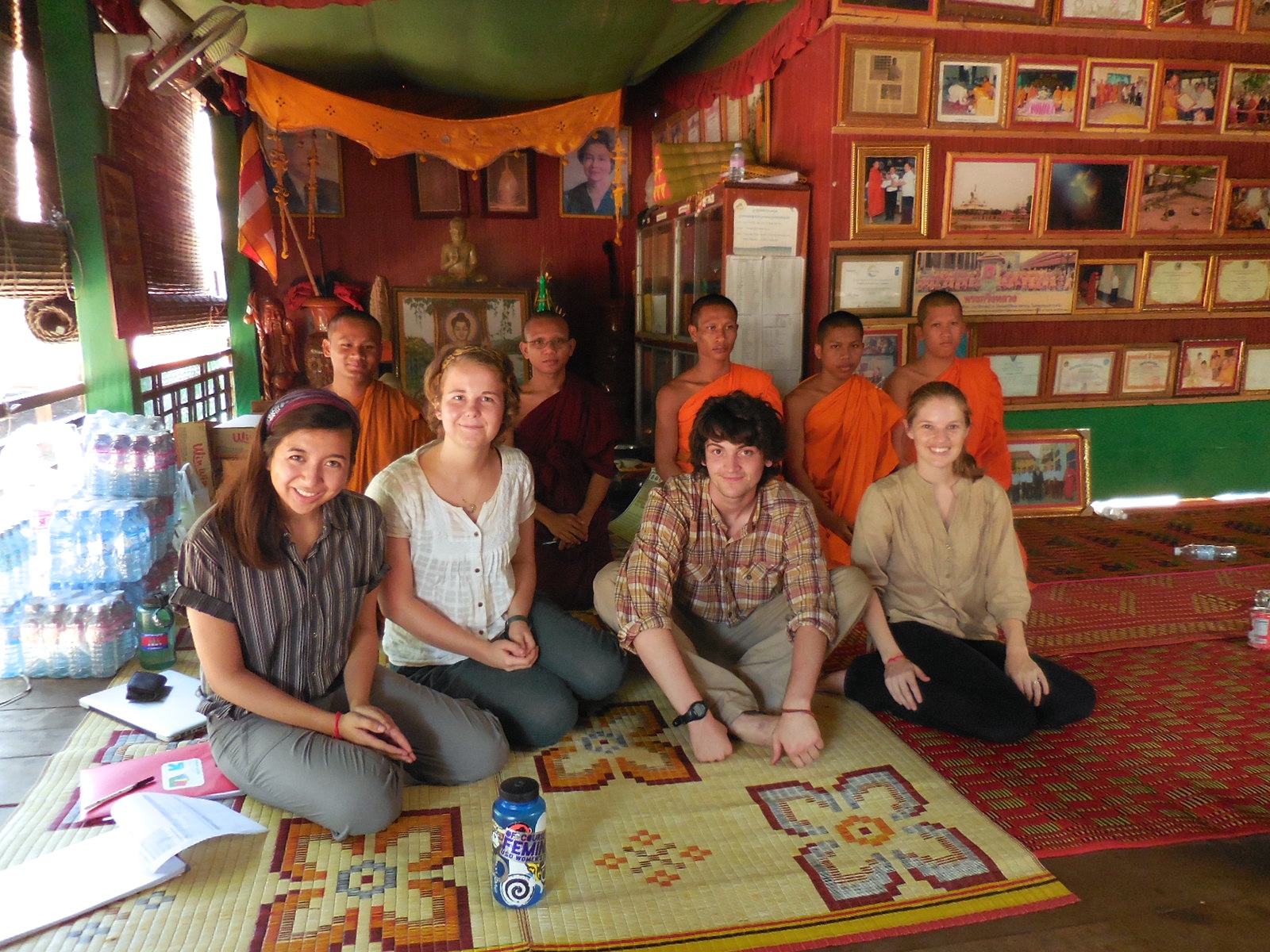 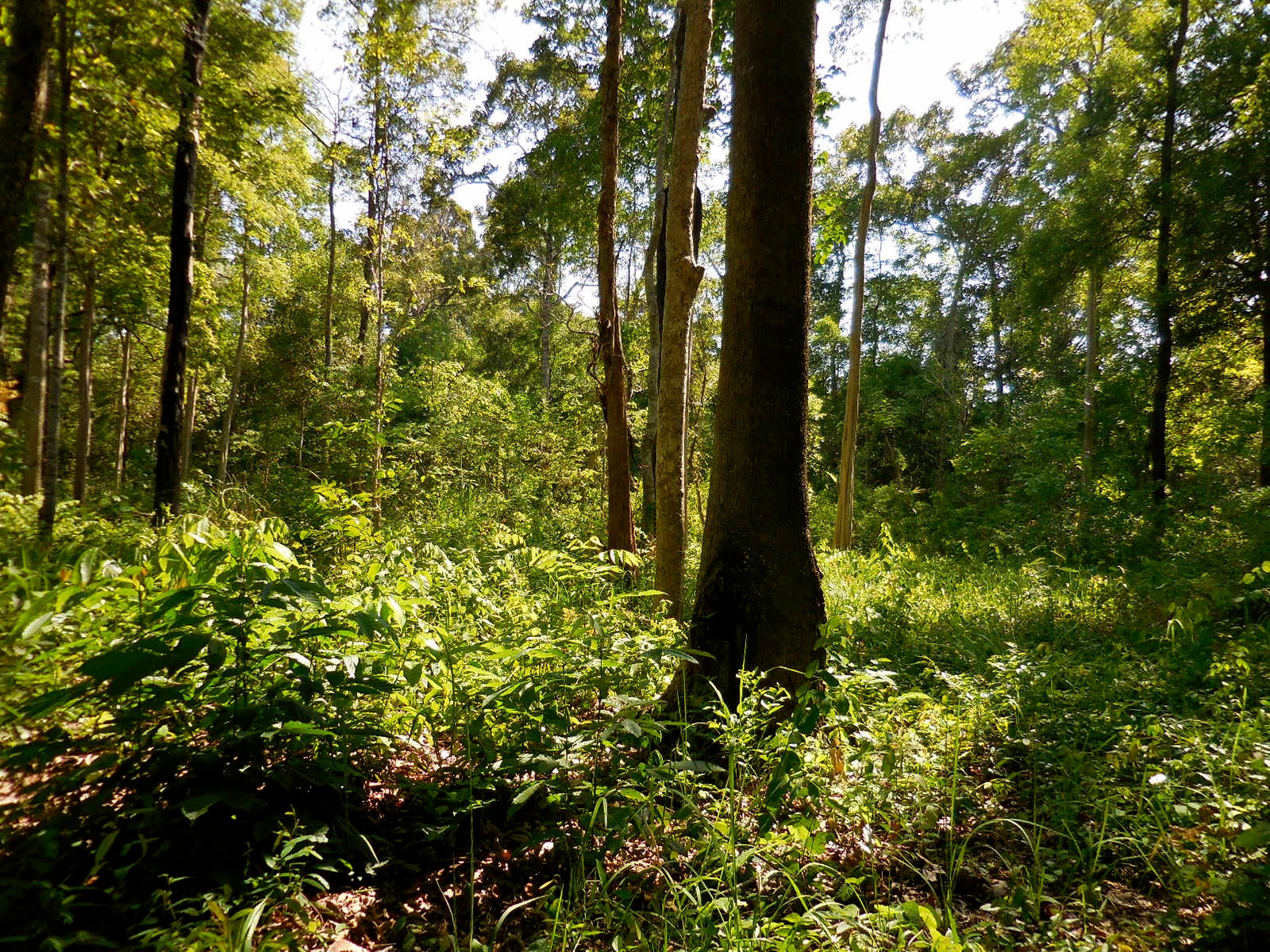 Today we visited another rural monastery in Oddar Meanchey. After our survey, interview, and participatory time-lining, we were asked to teach the monks about biodiversity loss in Cambodia. We shared information with them about habitat loss, animal poaching, and pollution. The monks had not received any training from ACCB and were really engaged in learning about Cambodia’s wildlife and its importance. The monks see and hear wildlife daily and were excited to identify the gibbons, macaques, snakes, and other animals we talked about.

We’ve got another week left of data collection and then some time to write up our research before we present our projects for community members. It will be awesome to see all of the friends we’ve made this semester again and show them what we’ve learned. 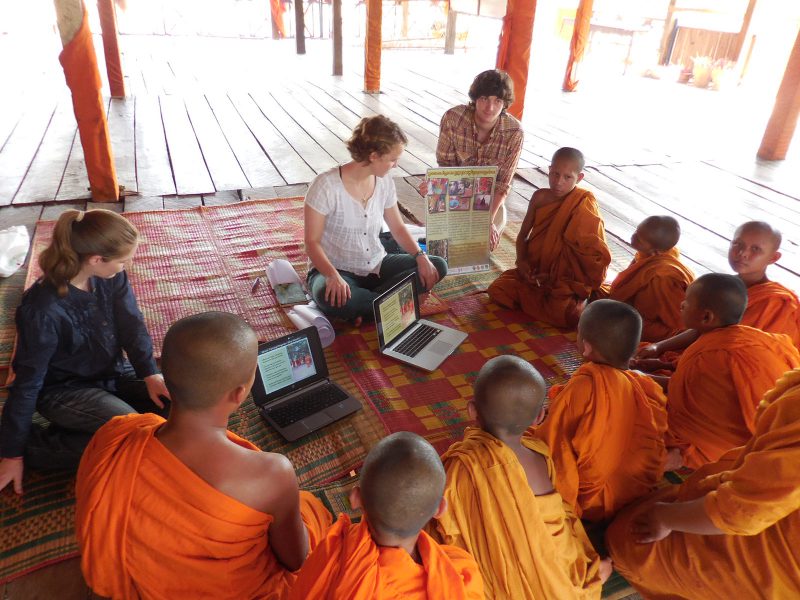 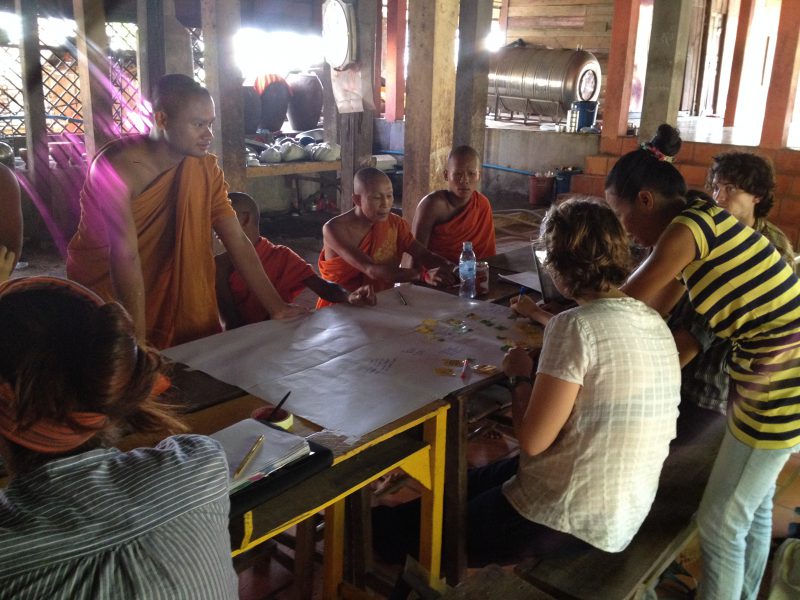 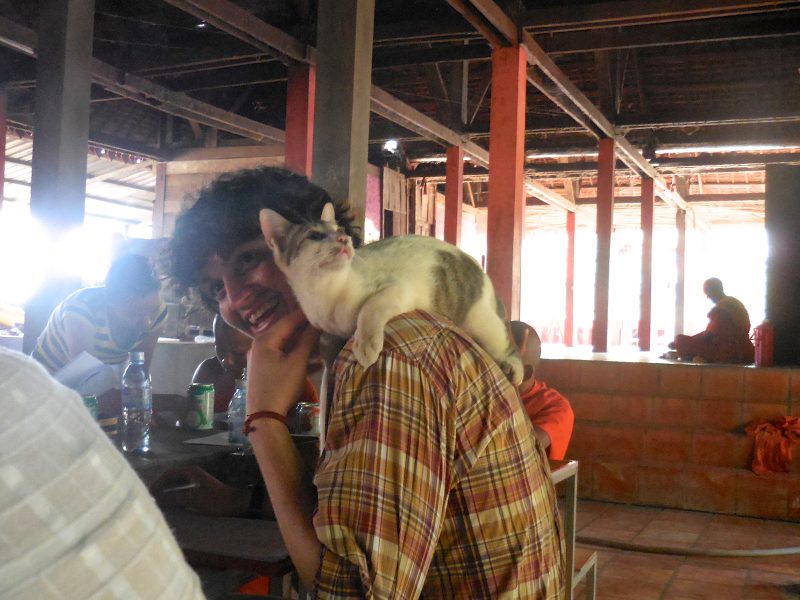 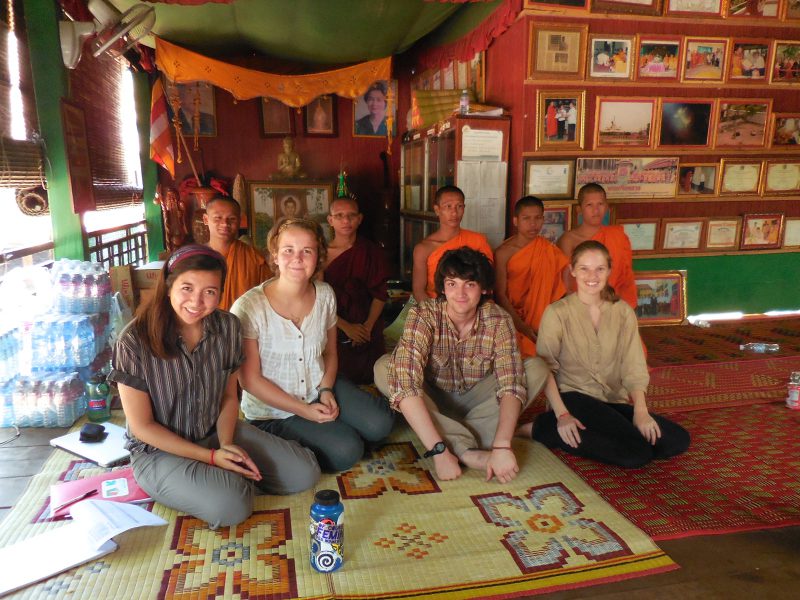 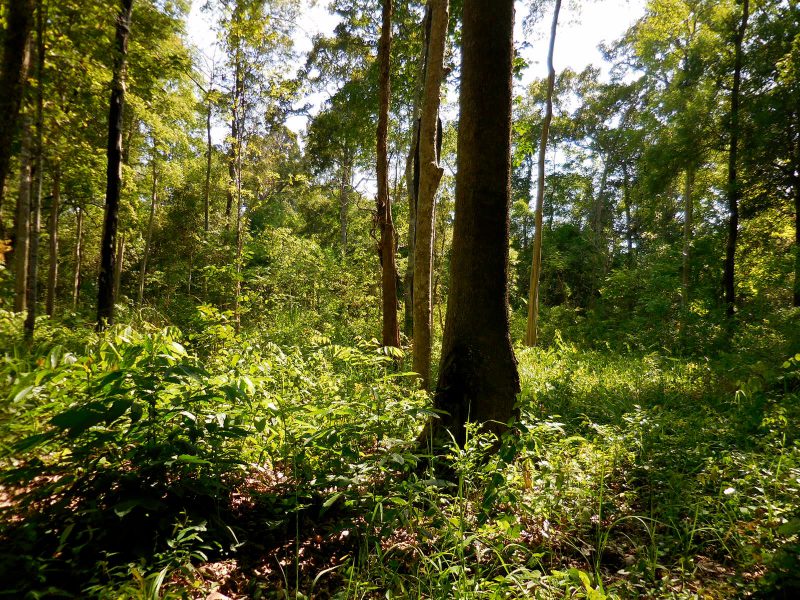