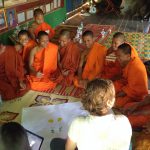 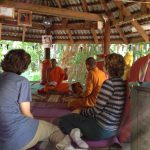 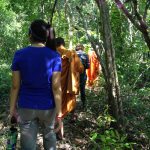 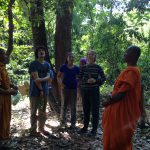 We are now well into our Directed Research phase of the Mekong Program. This semester we have three very diverse and exciting research projects being led by myself, Dr. Arensen and Dr. Ou. Students under the supervision of Dr. Arensen are exploring natural resource use, migration, and the forest frontier around Phnom Kulen National Park. They have spent the last four nights staying at the foot of the Kulen Mountain. From their base, they have ventured into the villages around the Kulen Hills and interviewed community members, spirit mediums, traditional healers, and local village leaders.

Students with Dr. Ou have been spending their days in a stilted fishing village on the edge of the Tonle Sap lake. Students have been busy documenting the diversity of fish species and morphological characteristics of specific fish species. They have had the unique chance to spend time with a local fishing family and get to know and understand their livelihood.

Finally the three intrepid students under my supervision, Stephanie, Rosalie and Chris, have just returned from the remote province of Oddar Meanchey in Cambodia’s northwest where we have been interviewing monks in rural monasteries on their role in environmental conservation and awareness raising. The students had the opportunity to meet the legendary monk and forest protection advocate Venerable Bun Saluth in the monk community forest – an 18,261 ha forest which he and the monks from his monastery passionately protect. 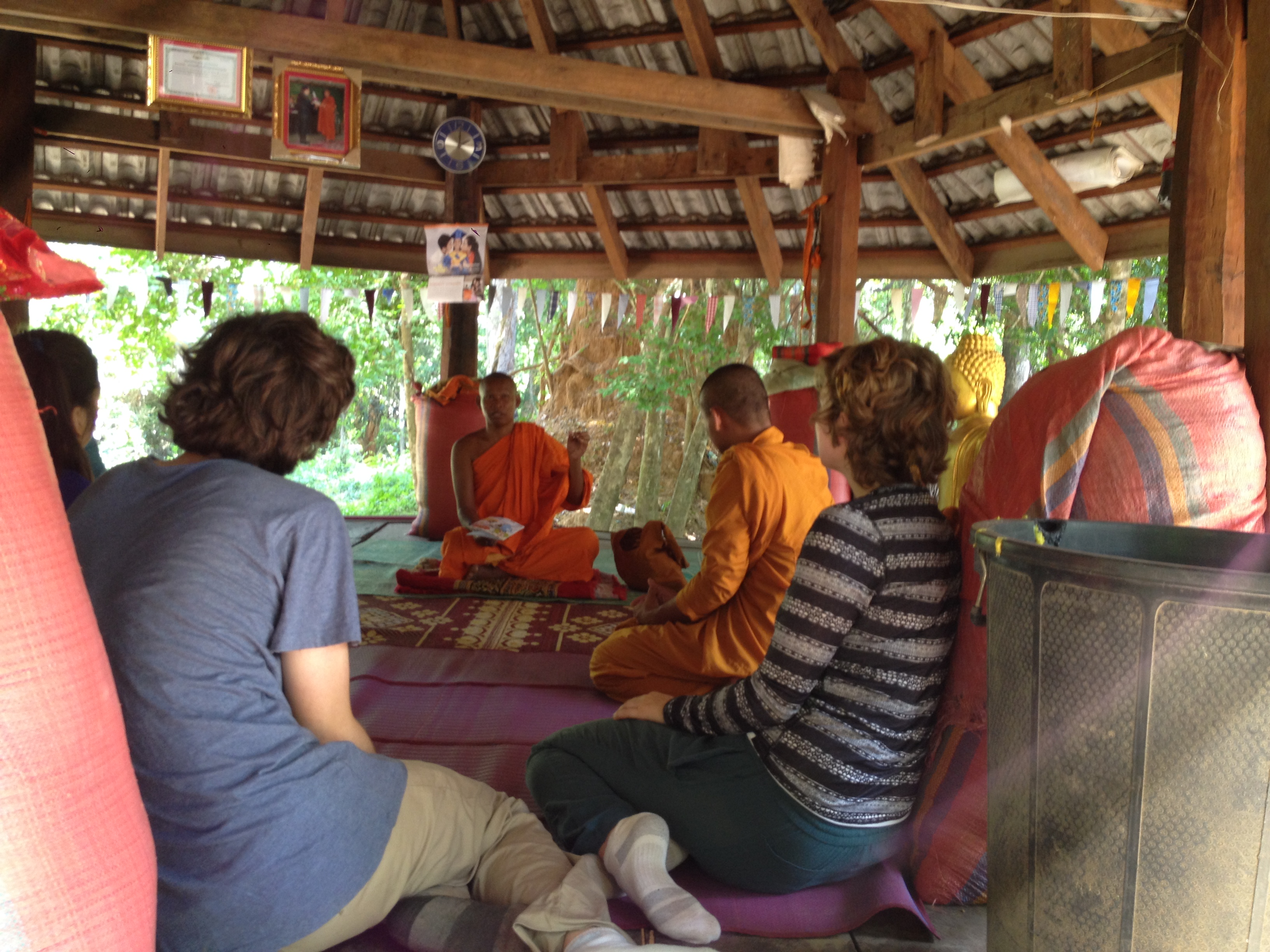 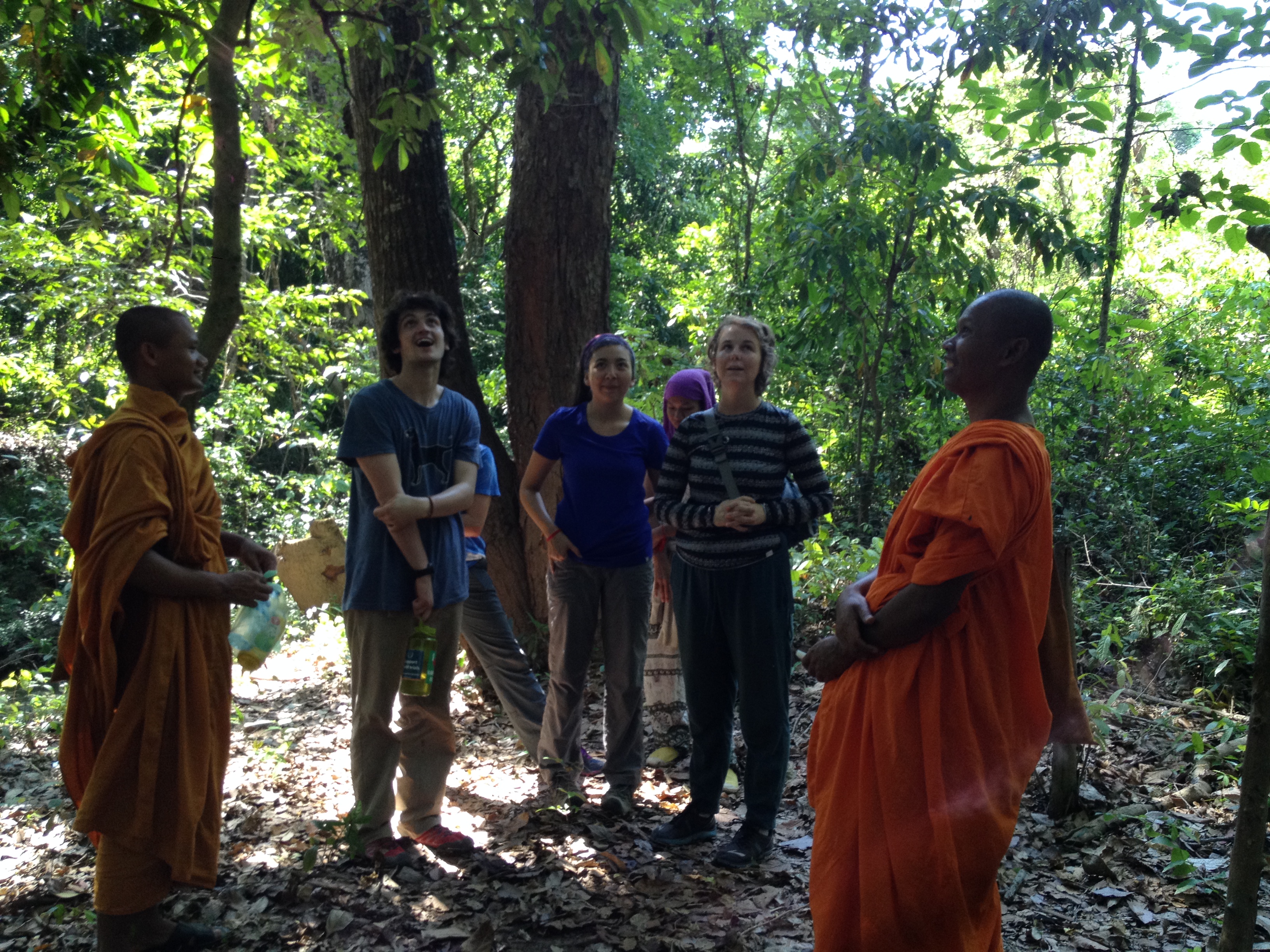 We also interviewed monks from Wat Samraong and Wat Kok Phluk which provided two very different examples of rural monasteries. Monks at Wat Samraong under the scholarship of Venerable Bun Saluth and Venerable Rath Sovann have participated in training sessions on environmental protection and frequently work to educate local communities and undertake actions for the environment such as forest patrols, tree ordinations and reforestation activities. On the contrary, the younger monks at Wat Kok Phluk had not received any environmental education – which is more typical of a rural monastery. During our morning with them, the monks discussed the ongoing threats to the forested areas adjacent to their village and the role of poverty as a mitigating factor in the actions of wildlife hunters and loggers.

We will continue our research over the next week at monasteries in Siem Reap and Banteay Srey which I am sure will continue to yield fascinating insights into the activities of the Cambodian Buddhist Sangha in environmental conservation. 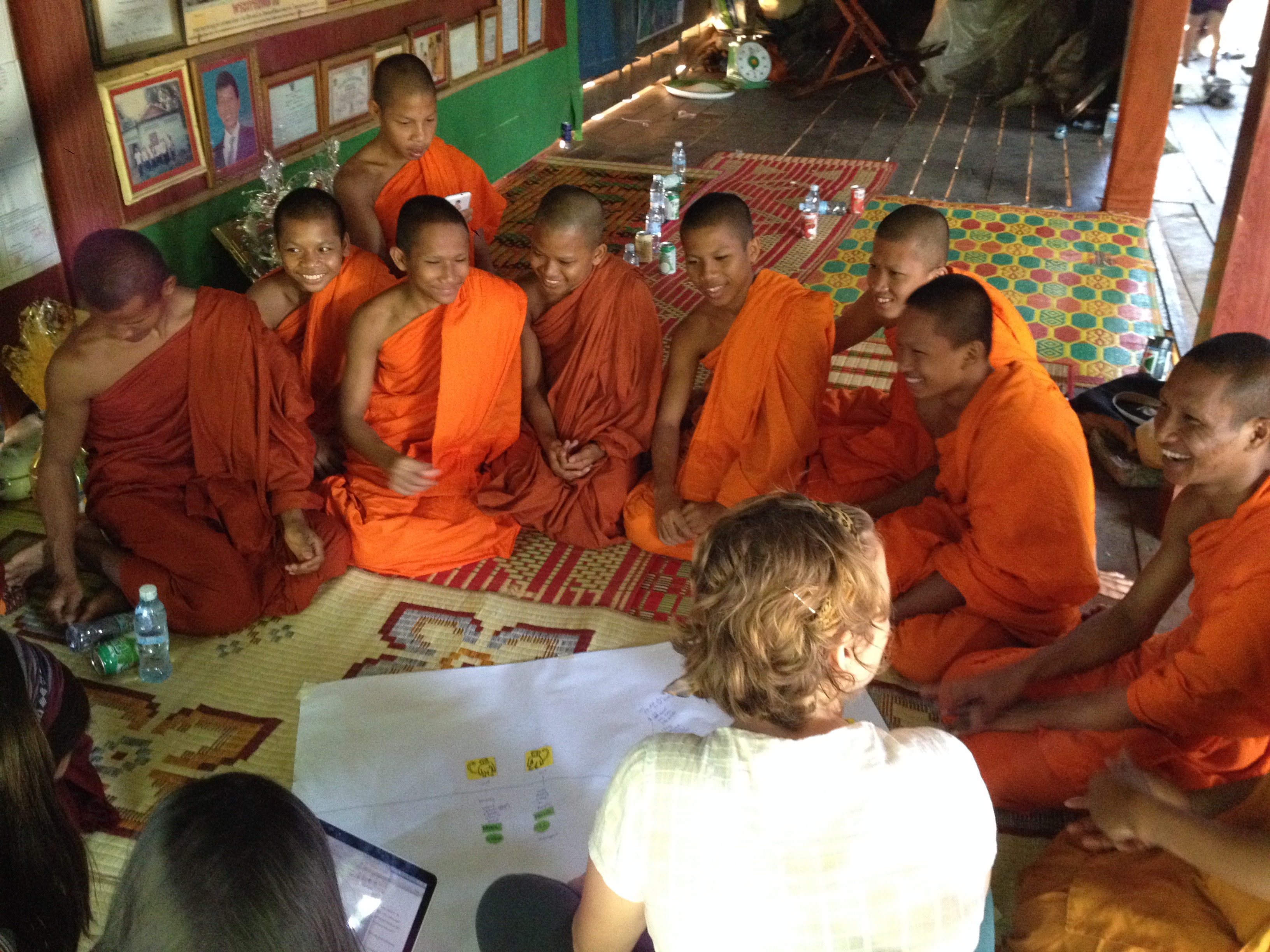 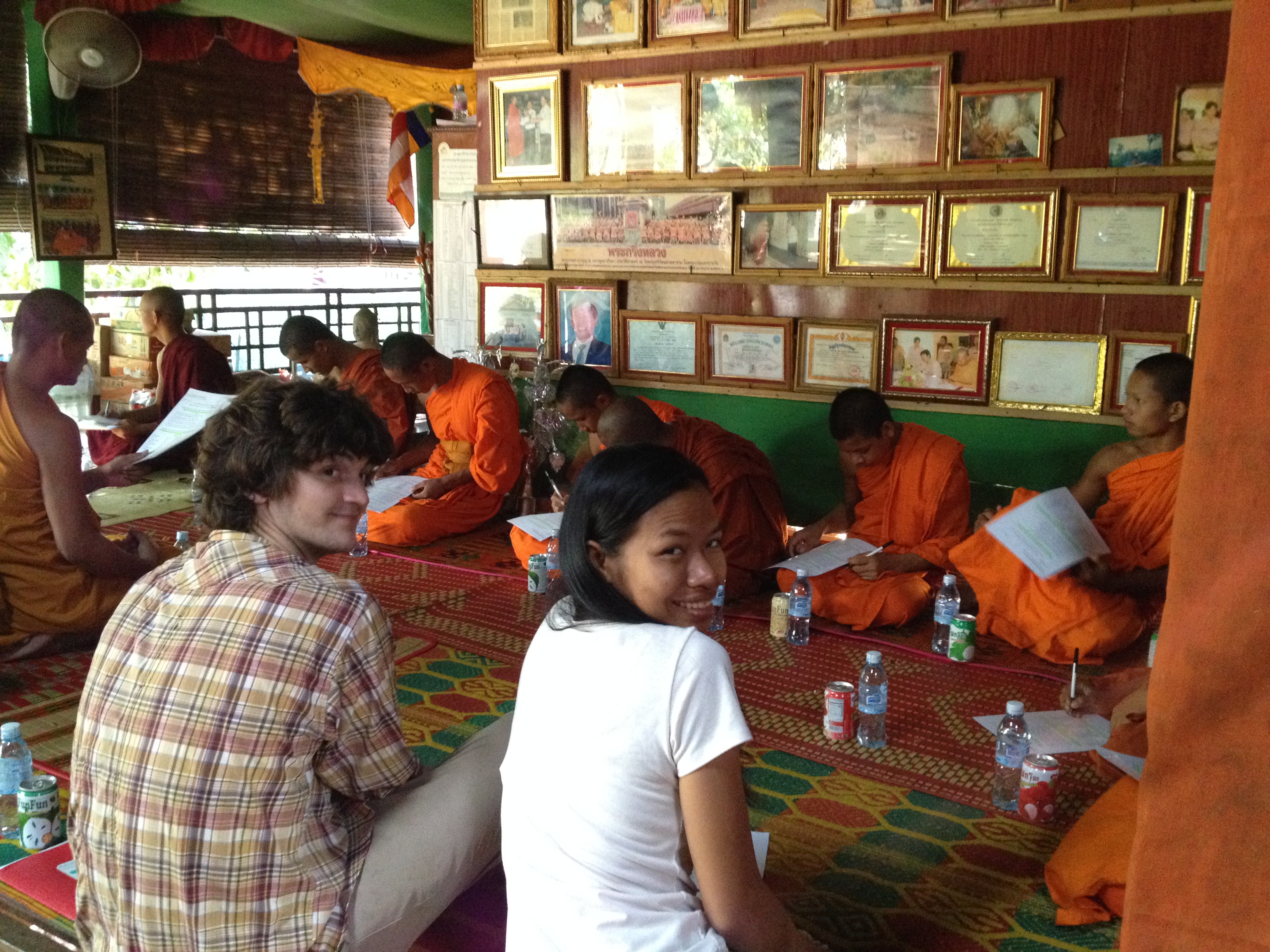 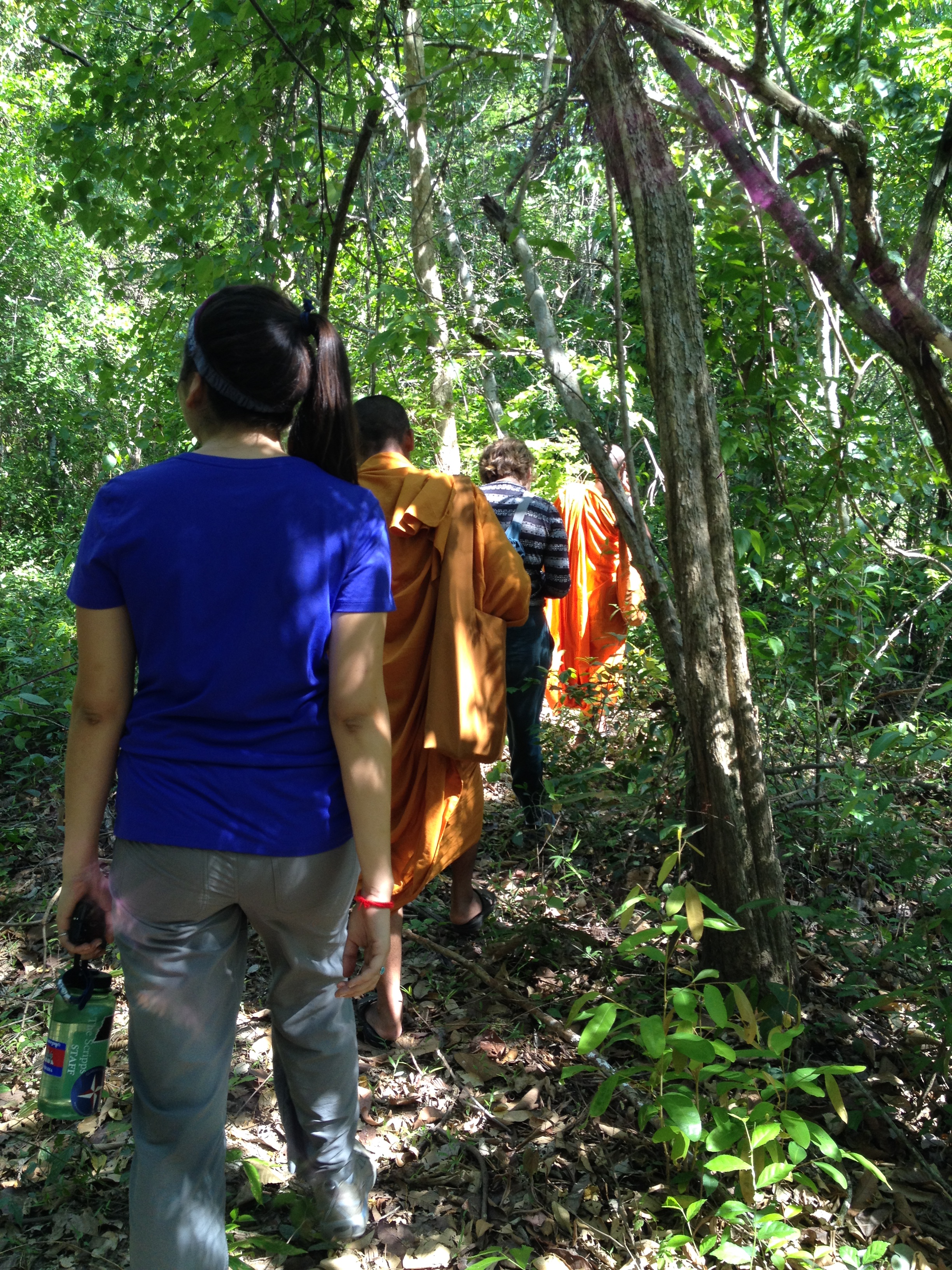 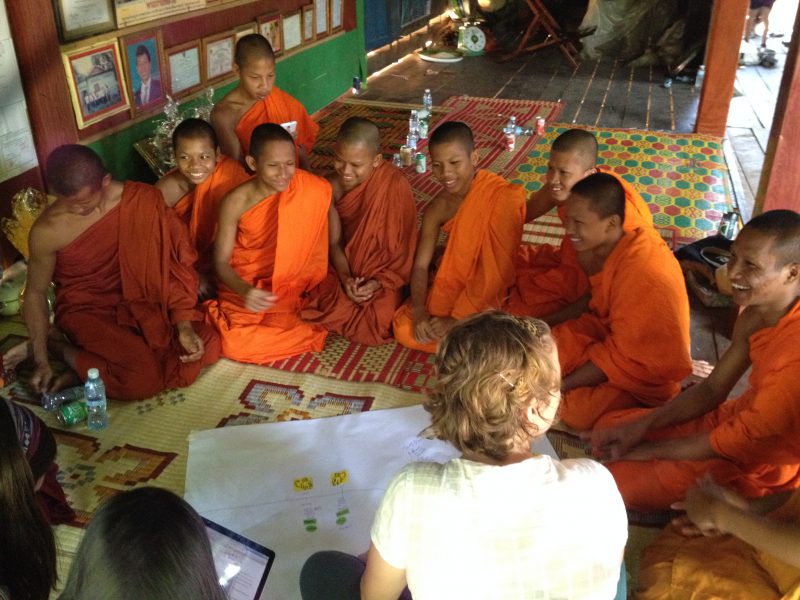 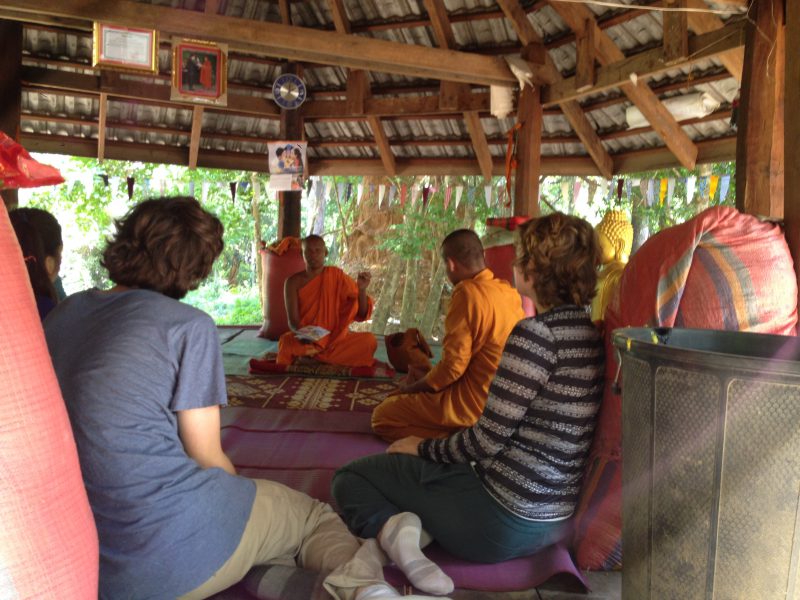 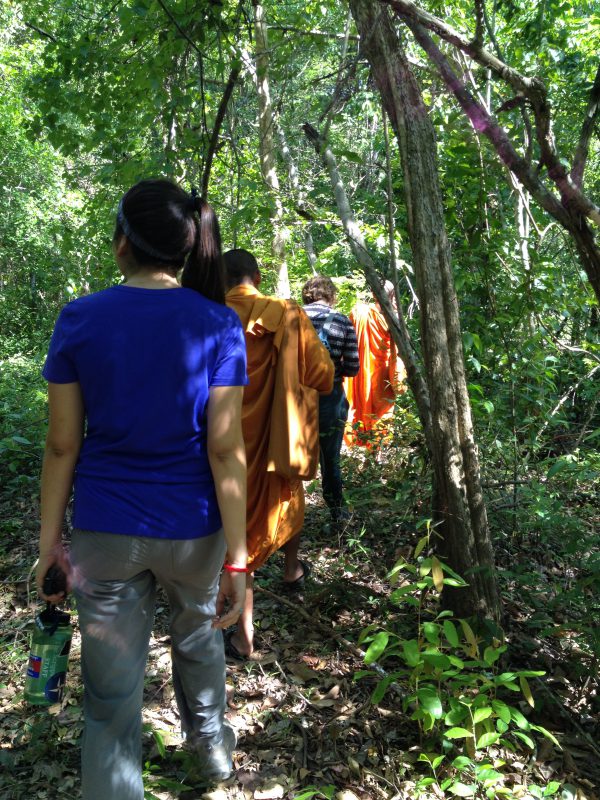 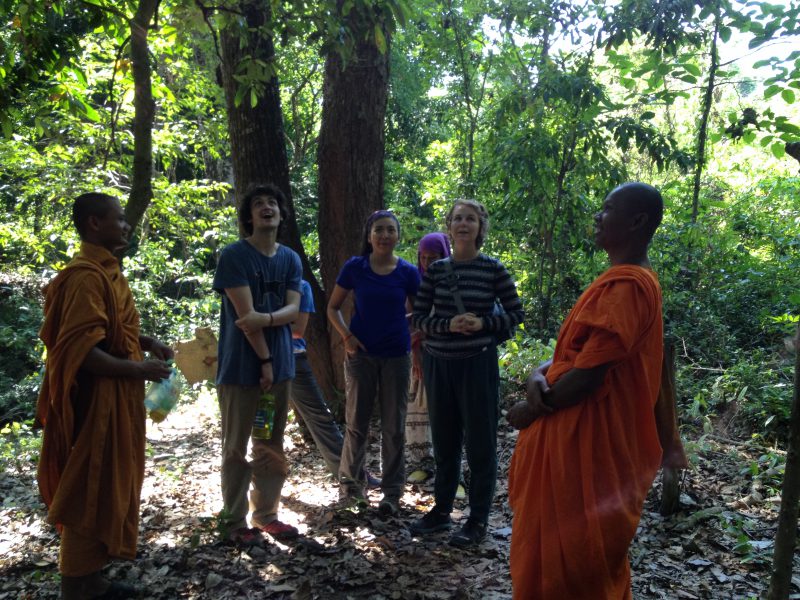