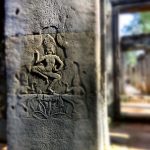 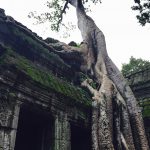 My preconceived notions about Angkor were utterly incorrect.

I came to Cambodia naively believing that Angkor Wat was one, fairly large, but solitary, structure in an urban landscape. It is often true that historical landmarks that were once in fairly tranquil, local areas are now in hyper-urbanized locations, in enormously commercialized, almost disingenuous, circumstances. I assumed the same for Angkor Wat. Surely, the largest religious monument in the world would be immediately surrounded by colossal resorts with rooms that boast “views of the Wat” and people selling dinky plastic “Angkor Wat” key chains at every turn.

Instead of this foretold materialistic nightmare, I was met with a spiritual oasis, an archaeological mecca of sorts, just down the street from the SFS Center. Predicted bright lights and parking structures were swapped for miles of organic jungle and local communities living within the ancient city itself. I also quickly realized that Angkor is NOT just Angkor Wat. It is an expansive ancient metropolis with temples everywhere, hidden amongst the towering forest. A forest so formidable that after hundreds of years since the prime of Angkor, the forest began to take back its land, creating wonders like Ta Prohm where strangler figs and silk-cotton trees almost violently encroach on the existing structure.

Overall, however, my favorite temple was the Bayon. An avid yogi, I took solace in the countless Buddha decorations, protecting me from every angle of the temple. The Bayon has stories and carvings on every surface. Within the temple, there is a small, but great, room for prayers to Buddha. There were hundreds of burning incense sticks with plates of countless fruits and plants as offerings. I couldn’t help but compare my emotional reaction here with my recent trip to the Western Wall in Jerusalem. I felt the same infectious energy in the Bayon that I felt at the Wall. This concentrated and vibrating spirituality in both locations evoked a sensation unlike any other in the world. 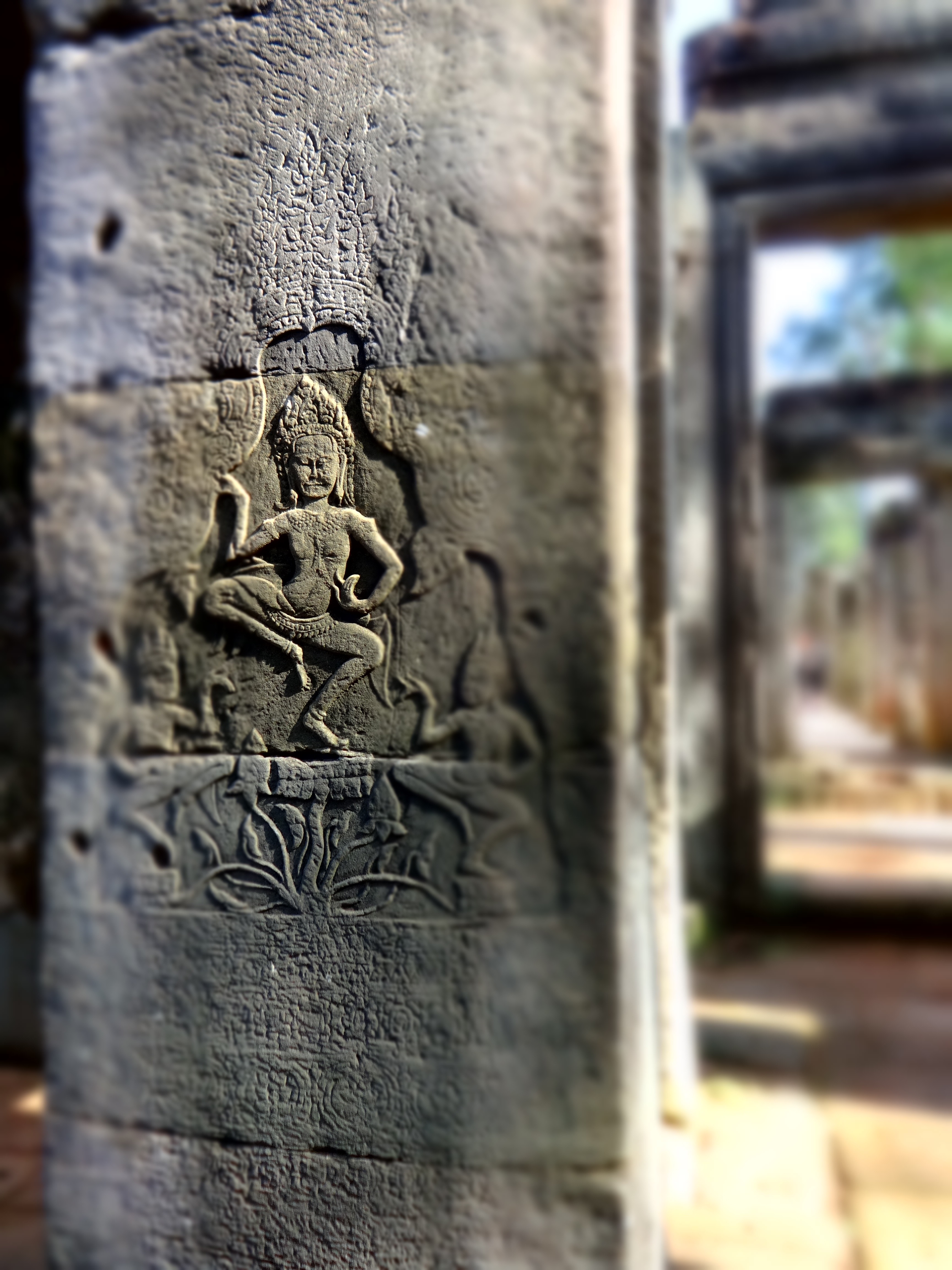 The Khmer people have continued to surprise me with the continued strength of their centuries-old traditions and their general positivity and kindness. After only two weeks of living here, I’m eager to discover more of the intricacies of Khmer culture and to continue to test the versatility of sweet chili sauce.

Oh, and I haven’t even made it to the famous Angkor Wat yet. Until tomorrow… 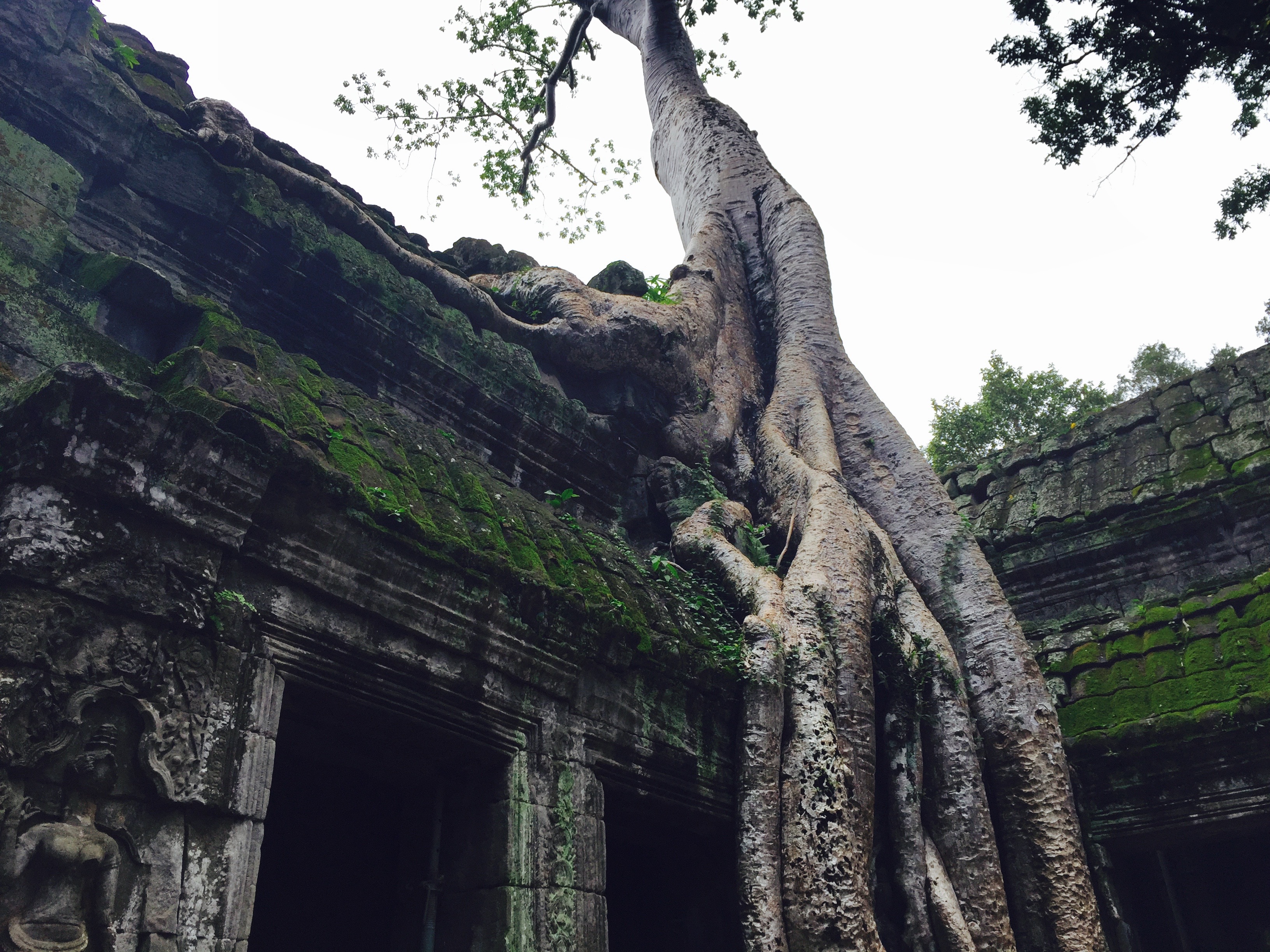 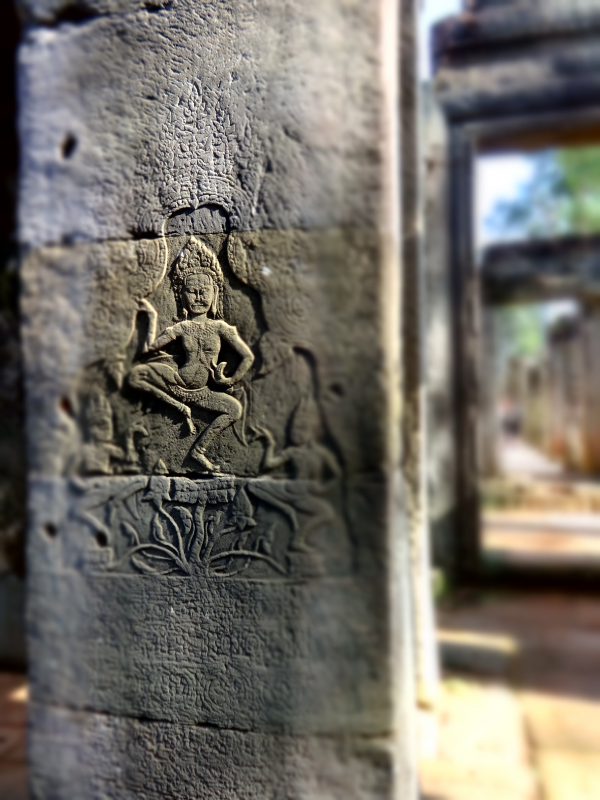 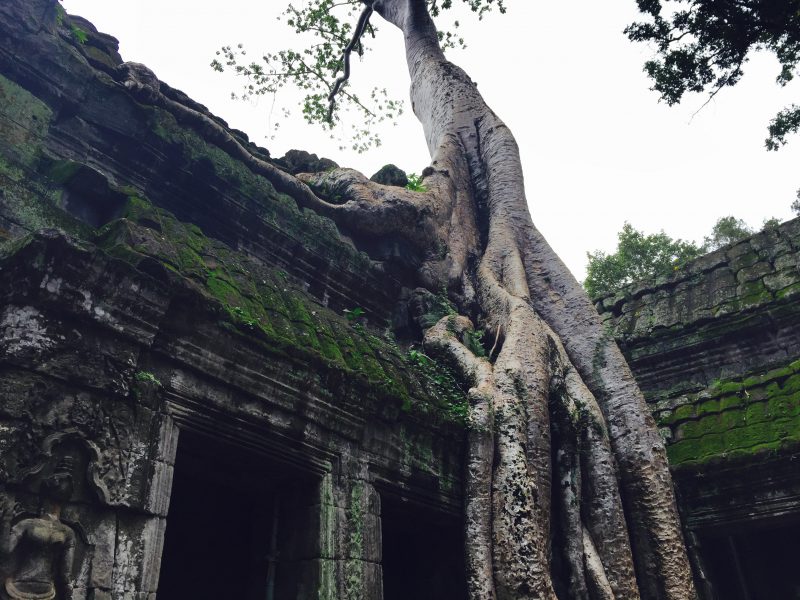