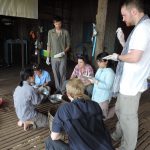 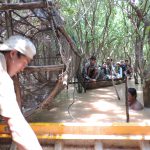 Fish Diversity and Community Livelihood Strategies in a Stilted Village

Located an hour southeast of Siem Reap town, Kompong Kleang is a fishing community situated in the floodplain of the Tonle Sap Lake, the largest freshwater lake in Southeast Asia and also designated as a Man and Biosphere Reserve by UNESCO in 1997. The Tonle Sap Lake exhibits an exceptional hydrological phenomenon in which it reverses its flow from the Mekong River during the wet season. Kompong Kleang is seasonally flooded with six months dry and six months inundated. People in this village live on stilted houses built five to eight meters above the ground as an adaptation to this annual flood pulse system. This flood pulse makes the lake one of the most productive inland fisheries and fish-species rich in the world. It supports the livelihoods of millions of Cambodians. In particular, the majority of the population on the lake, including Kompong Kleang, makes their living from fishing.

Last week, we took our first field trip to the lake with two purposes: to learn about the productivity and fish diversity of the lake; and to understand the lives and livelihood strategies of this fishing community. 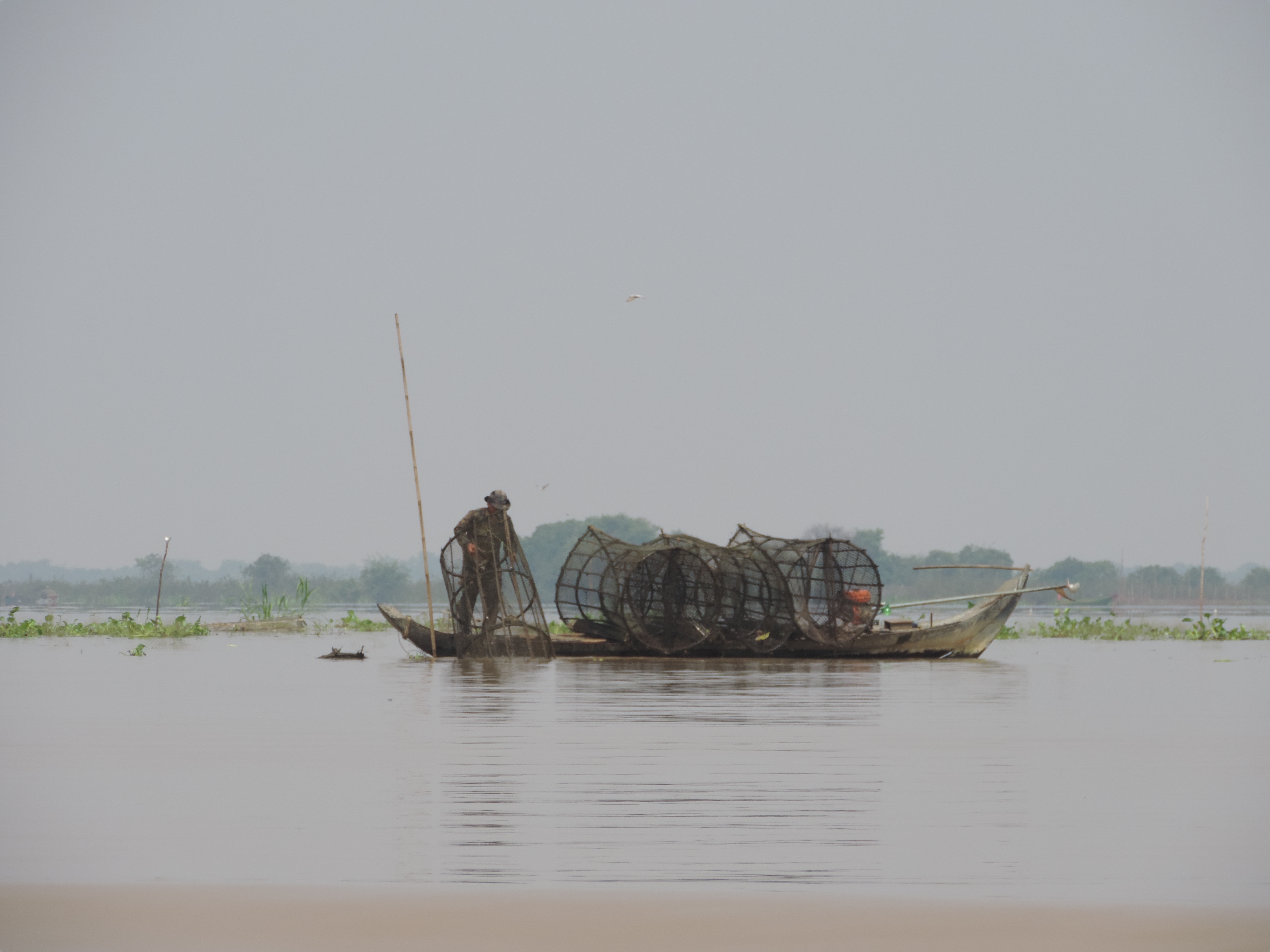 We were hosted by a family whose main livelihood is fishing. When we arrived, we traveled on small boats to a flooded forest which is inundated six to nine months a year. After meandering into the flooded forest, we saw some nets where a member of the family catches his fish. He explained that he moved his trap and net around seasonally. As soon as we got to the end of the net, the fisherman jumped into the water and disappeared. A couple minutes later, he emerged with a large cylinder-shaped trap, made out of bamboo and net, which was submerged under the water. As soon as the trap was lifted above the water, we saw many shiny things jumping up and down—fish, about 30 kg of them! There were catfishes, carps, perches, and croakers, to name several amongst some 20 species. The trap was then placed back in the water after all the fish was collected. The fisherman does this every morning and brings his catch to a middleman who sells them in Siem Reap. 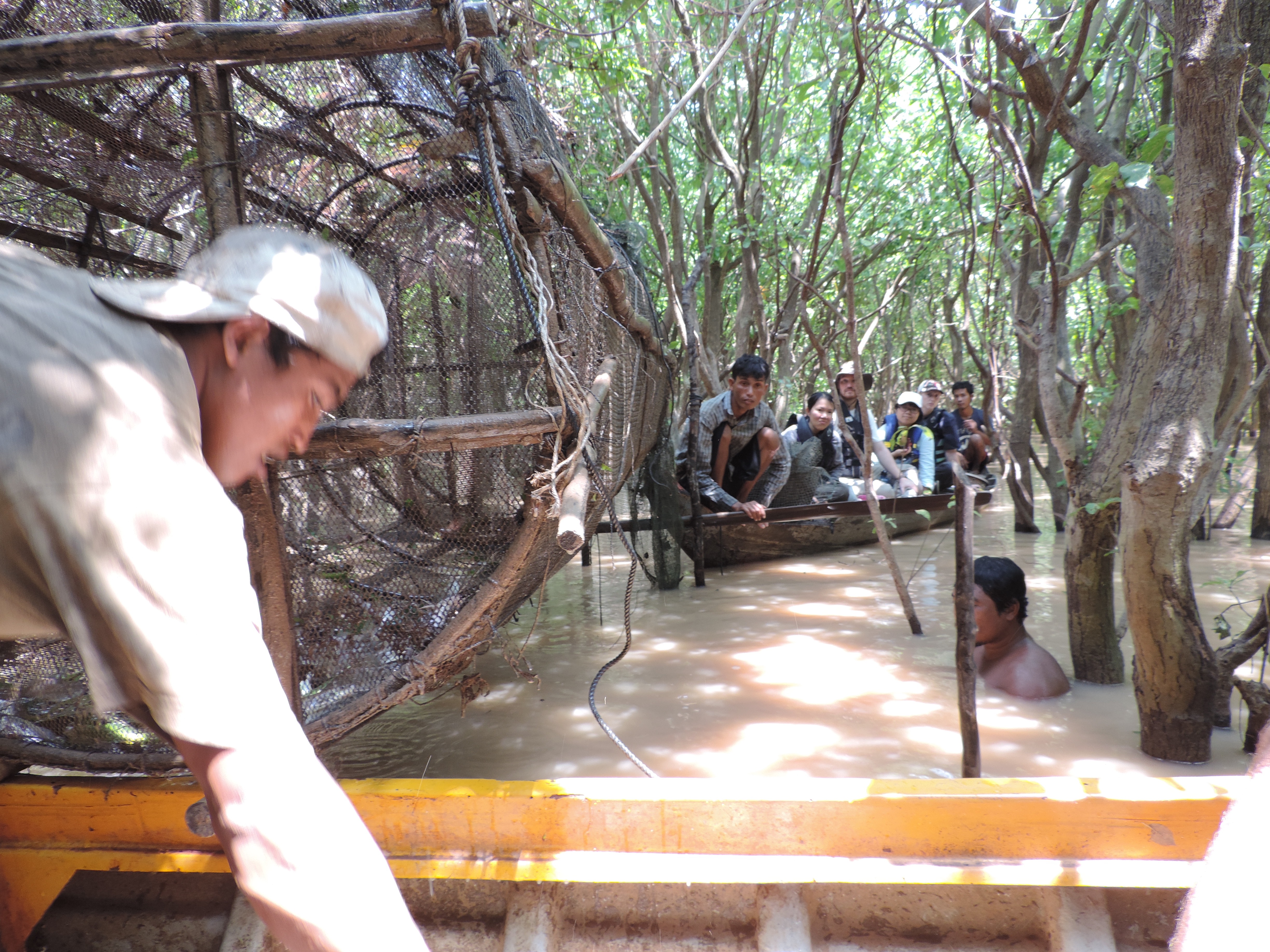 After we got the fish, we returned to the fisherman’s wooden house where students learned to identify and measure morphological features of fish. Each student identified a fish specimen of their choice and learned about associated ecological feeding behaviors of fish based on morphology. From this exercise, students learned about the incredible diversity of fish species of the Tonle Sap Lake and the diversity of body shapes exhibited by fishes. In addition, students became familiar with the fishes’ external characteristics and their associated ecological features such as habitat preferences, migratory patterns, and feeding behaviors. For example, the giant snakehead species has a large terminal mouth and sharp teeth, the morphological features of a piscivore (a carnivorous animal which eats primarily fish).

After the fish identification exercise, students learned how to conduct an interview under the guidance of Dr. Lisa Arensen. Dr. Arensen showed them how to conduct a village interview in rural Cambodia where the majority of the people are illiterate. With the assistance of our Khmer translator, Tony, Dr. Arensen asked questions about the family’s livelihood strategies, their dependence on natural resources, changes, and challenges during the past 5 years. One main message students learned from this interview was that fishing has become a less productive livelihood strategy due to the gradual decline in fish harvest which has pushed some people to leave this stilted village for an alternative livelihood in Siem Reap. A number of the extended families in the household have moved to alternative livelihoods. For instance, one family of the household left the village to find a job in a fish meatball factory in the city.

The fishery resources and livelihoods of this community and other parts of the Tonle Sap Lake are currently being threatened by a growing population, hydropower development in the Mekong Basin, and climate change. We will continue to investigate and study these complex issues as we return to the lake and travel along the Mekong River region of Cambodia and the Mekong Delta of Vietnam. 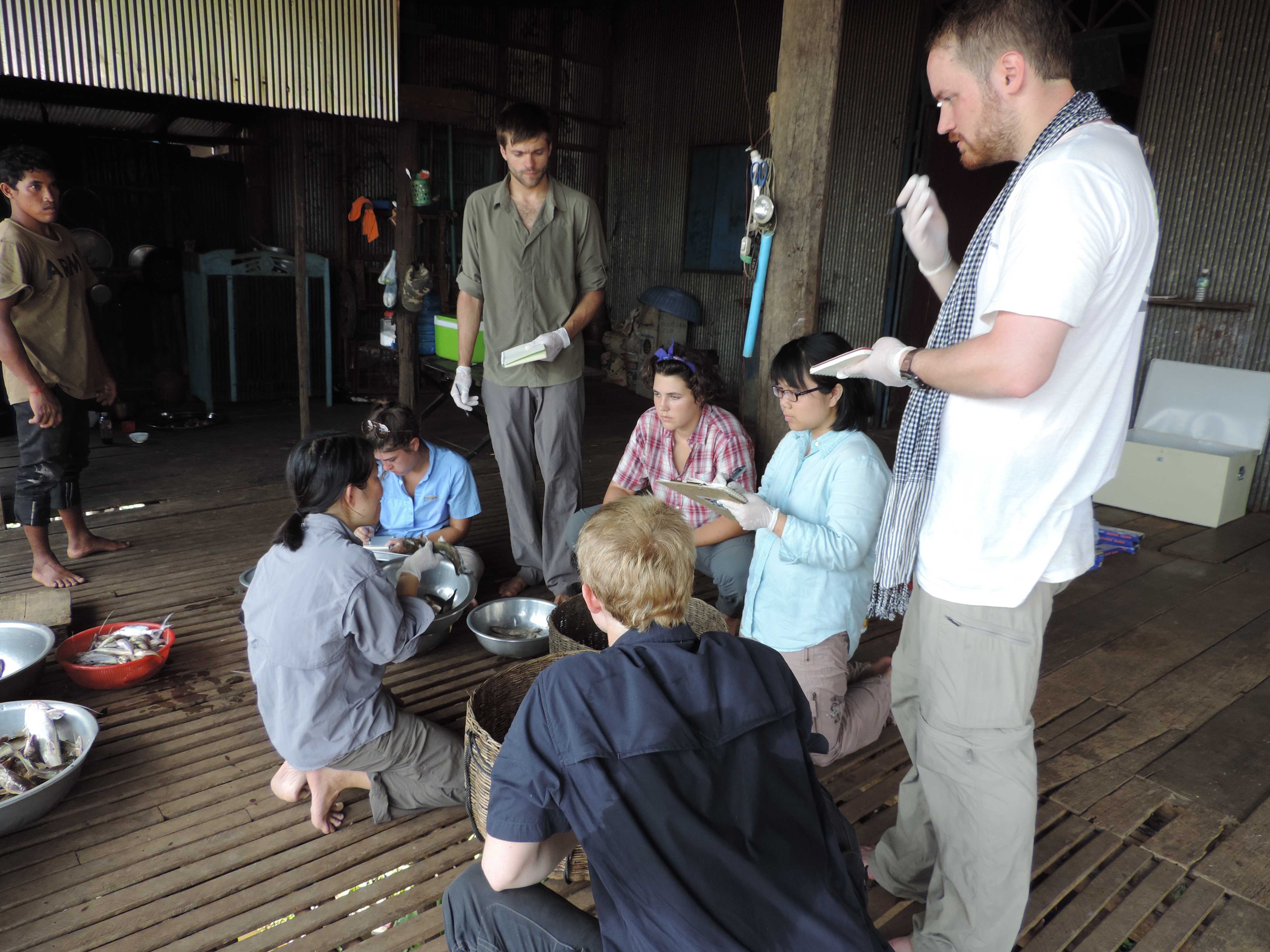 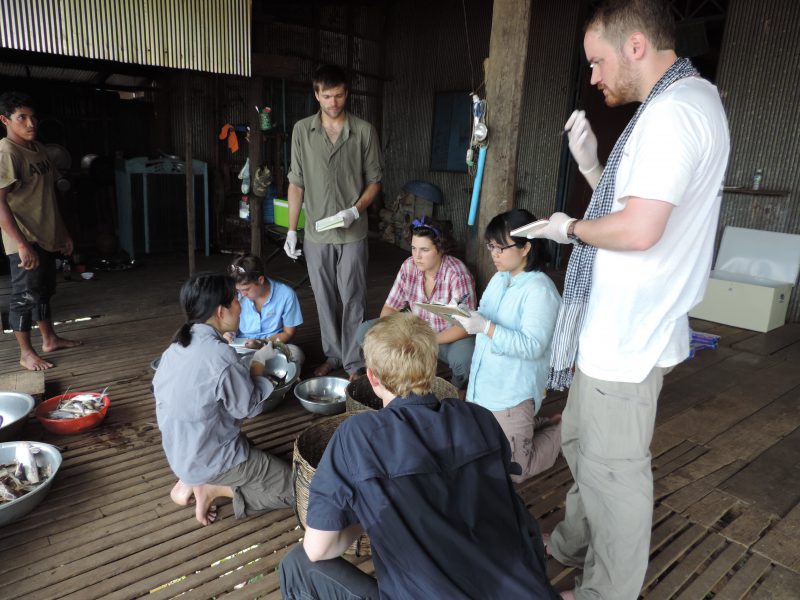 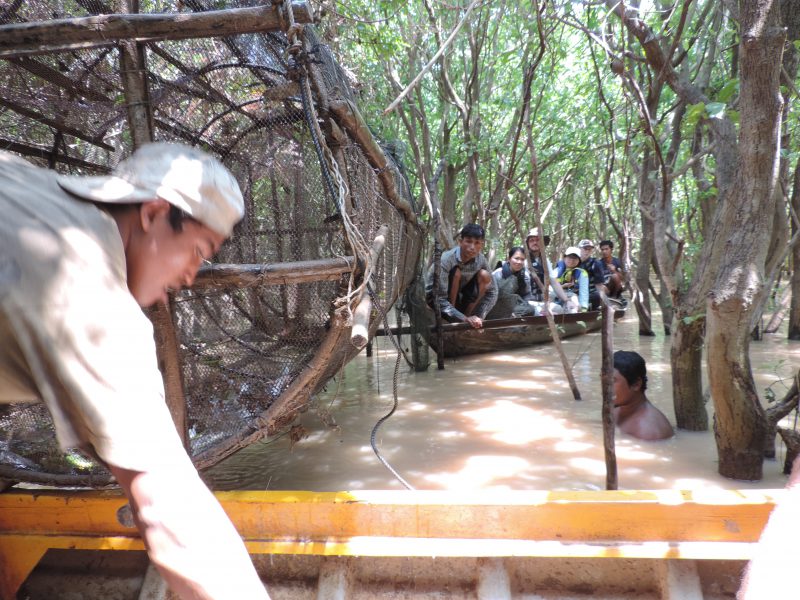