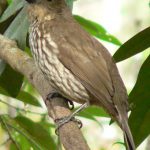 10 Years On: How are Tooth-billed Bowerbirds Recovering from Cyclone Larry?

Loud and strange calls emanating from Tablelands forests at this time of year herald the onset of the Tooth-billed Bowerbird’s elaborate courtship displays. Also known as “the stage-maker”, Tooth-billed Bowerbird males clear patches on the forest floor on which they place an assortment of leaves, bottom side up, in their efforts to attract females. Here they advertise; with their strident, ventriloqual calls and precise mimicking of a range of other species and sounds. 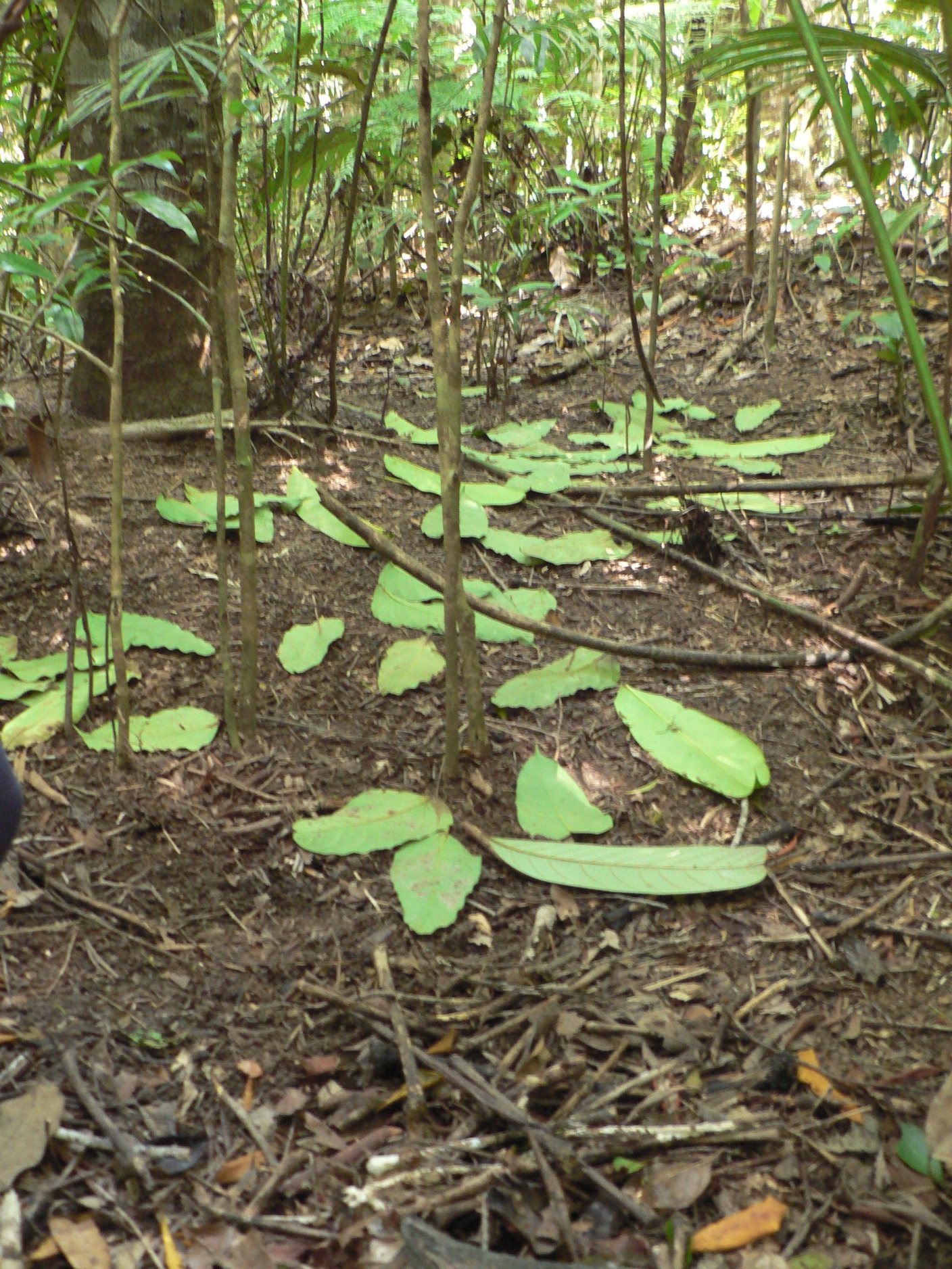 At the SFS Centre in Australia, we are lucky enough to have a good number of Tooth-billed Bowerbirds active in exploded leks (a location where males gather to displays and where females go to select a male to mate with) around the rainforested ridges of the site and in the adjacent World Heritage Area. Right now the Tooth-bill males are full of the joys of spring and are spending most of their daylight hours calling away at their courts and furnishing their courts with as many as 180 leaves. 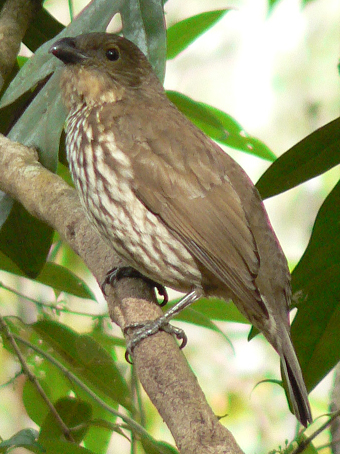 Unfortunately though, Tooth-billed Bowerbirds, as an upland endemic Wet Tropics species, are one of those species that may be vulnerable to climate change. Models of future climate change in the Wet Tropics Bioregion suggest that an increase in temperature will mainly affect upland rainforest habitats by increasing drought due to reduced cloud stripping. These upland areas, for example where the SFS Centre for Rainforest Studies is situated, are areas where many endemic vertebrates are located and global climate change is now recognized as a key threat to their survival.

Global climate change may also increase the severity of storm events, such as Cyclone Larry in 2006. Back in March 2006, Cyclone Larry caused some moderate damage to the SFS Centre and had a severe impact on the forest on the site. The numbers of Tooth-bills courting in the following season were reduced overall by 25% and, probably due to the late peak in fruiting that year, their courting season was delayed. However, not all of the Tooth-bill Bowerbird leks we monitor were equally affected. It seems that degree of damage to the canopy at specific court sites, as well as access to fruit supplies in different forest types determined the degree of impact on Tooth-bills.

Establishing how resilient different species and ecosystems are to climate change, and to extreme events that climate change may precipitate, has been identified as a top priority in the Wet Tropics. We are contributing to research on resilience with our long-term monitoring and research on Tooth-billed Bowerbirds. This semester, the tenth Tooth-bill courting season since Cyclone Larry, we are assessing the Tooth-bills’ recovery from that severe cyclone by investigating court numbers, number of leaves on court (a de facto measure of time budgets, linked to resource availability) and diet.