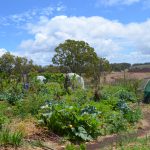 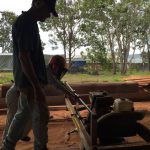 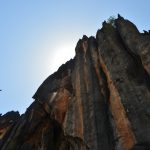 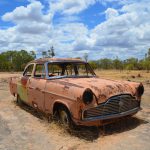 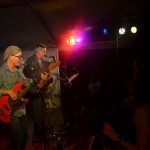 On our first day of class, we were told “the only predictability of Australia is its unpredictability.” Accordingly, our program follows this same mantra. Each week is filled with entirely new and important lessons. In the last two weeks, we have experienced the diversity and variability of this beautiful place, namely through homestays, a trip to Chillagoe, and the Tablelands Folk Festival. 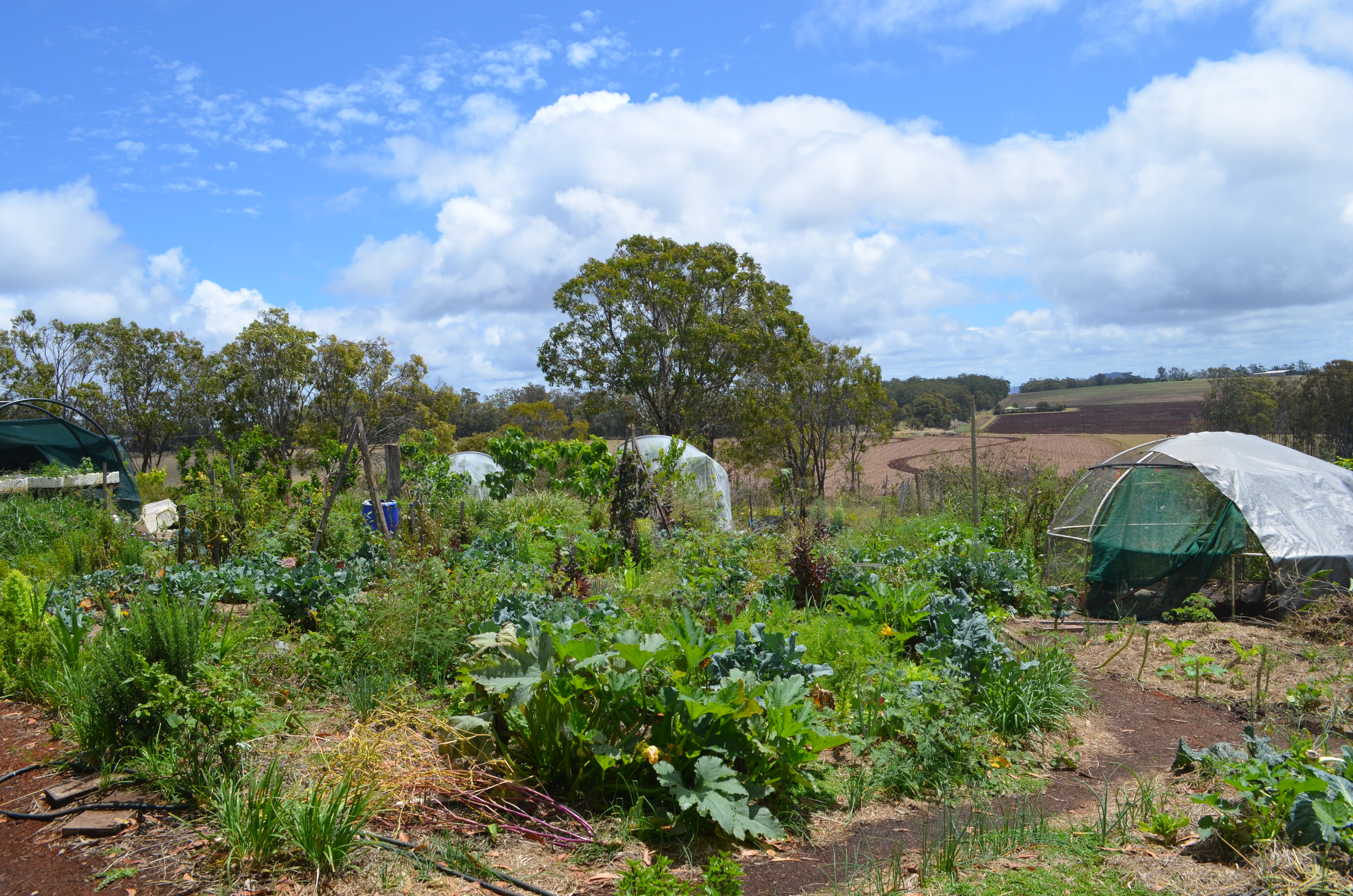 The nineteen of us stood outside, waiting to get picked up like puppies in a cardboard box. In twos and threes, we piled into our homestay families’ cars. These are people who generously offered to accommodate SFS students for a weekend of Australian life.

My weekend living with John and Jodie will be an experience I will always cherish. In our short weekend, I learned so much—about gardening, machines, coffee, and the good life.

Jodie has an incredible garden and gave us the grand tour. It was like walking through organized chaos. Under each step laid new treasures. Asparagus, strawberries, blueberries, lettuce, zucchini, carrots, sweet corn, cherry tomatoes, gooseberries. Then the trees! Fig, orange, cherry, lychee, mango, avocado. And with the fertile soils and tropical weather, there is always something fruiting, something wilting, and something just about to bloom.

Jodie also raises chooks (Australian for chickens), and they play an important role in the sustainability of her garden. She will move their pen to have them eat the existing vegetation. They serve to remove weeds and fertilize the soil. After two weeks, they are moved again. 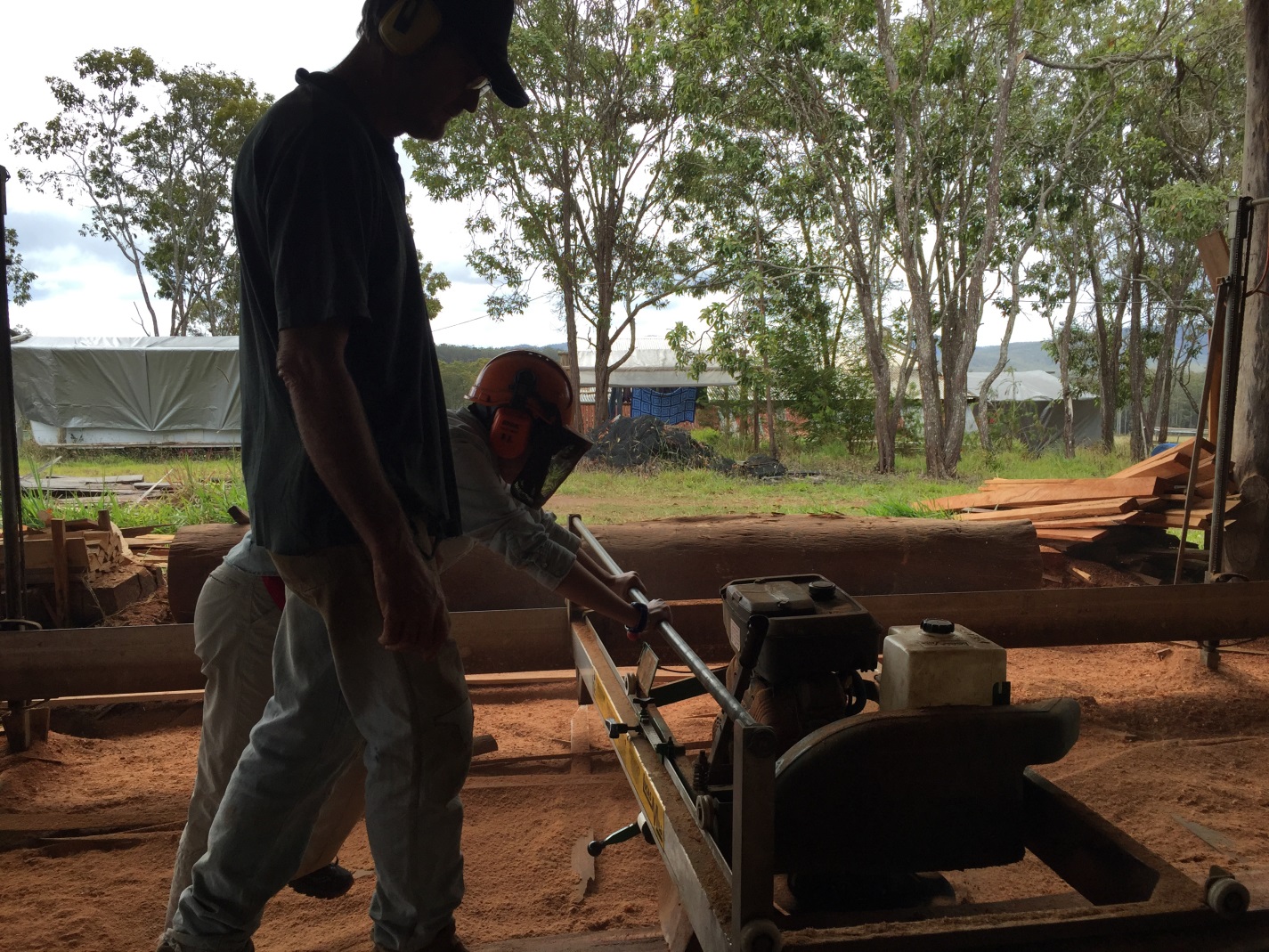 John is passionate about machinery. He built the house we stayed in himself, and it was only recently finished. He taught us how he prepared the timber used in his construction. We were given the opportunity to saw gum tree logs ourselves (while supervised). I was amazed to finally learn how something circular turns into rectangular building materials.

Not only is John a builder, he was also our barista for the weekend. He will tell you himself that the key to good coffee is freshly roasted coffee beans. We saw the process from start to finish. We picked the coffee, which entails plucking cranberry-looking fruits from trees. The bean is then separated from the fruit. A fermentation process removes the slimy casing from the beans. Afterwards they are left to dry. A parchment layer must then be removed. John and Jodie use a food processor, fan, and finally a popcorn maker to complete the necessary final steps. The coffee was so good and so fresh that I became an immediate coffee-snob.

My favorite part of my homestay experience, however, was all I learned while engaging in open conversation. John and Jodie candidly told us of love, of family, of death, of spirituality, of gratitude. Before our dinners, we took a moment to be grateful, which is a tradition of mine that they openly embraced. I am very grateful for SFS for pairing me with such incredible people. 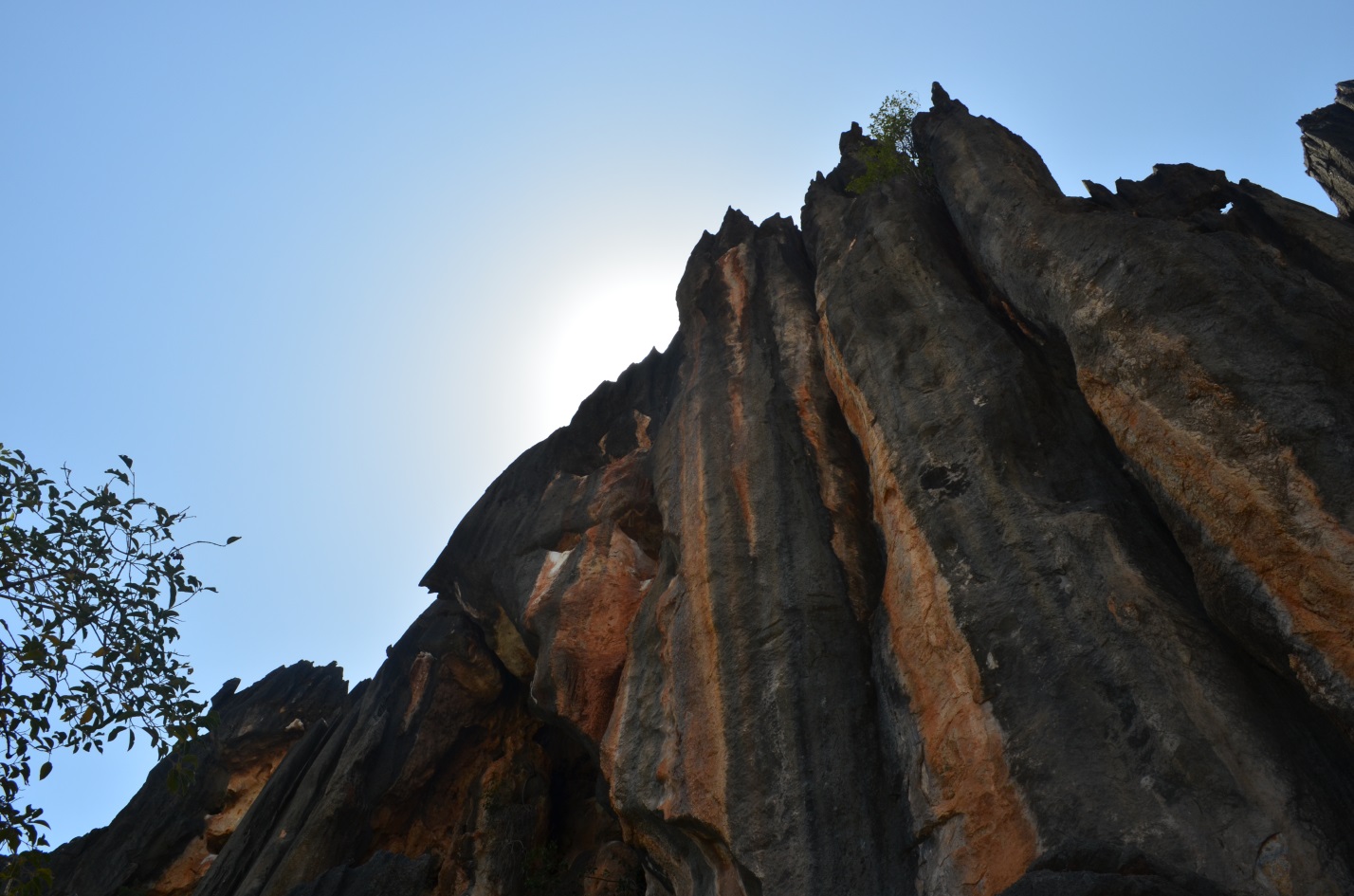 Seven weeks into our program, we realized we were really in Australia. Over the course of our four hour drive, the landscape completely shifted from the lush green we have become accustomed to. The soil flickered between reds, grays, and tans. Eucalyptus trees were evenly distributed. Granitic intrusions, which have withstood the tests of time, stood like thin, black mountains on the horizon. The sun beat down. Later we saw red kangaroos feeding on short grasses. So this is Australia, we rainforest kids said to ourselves. 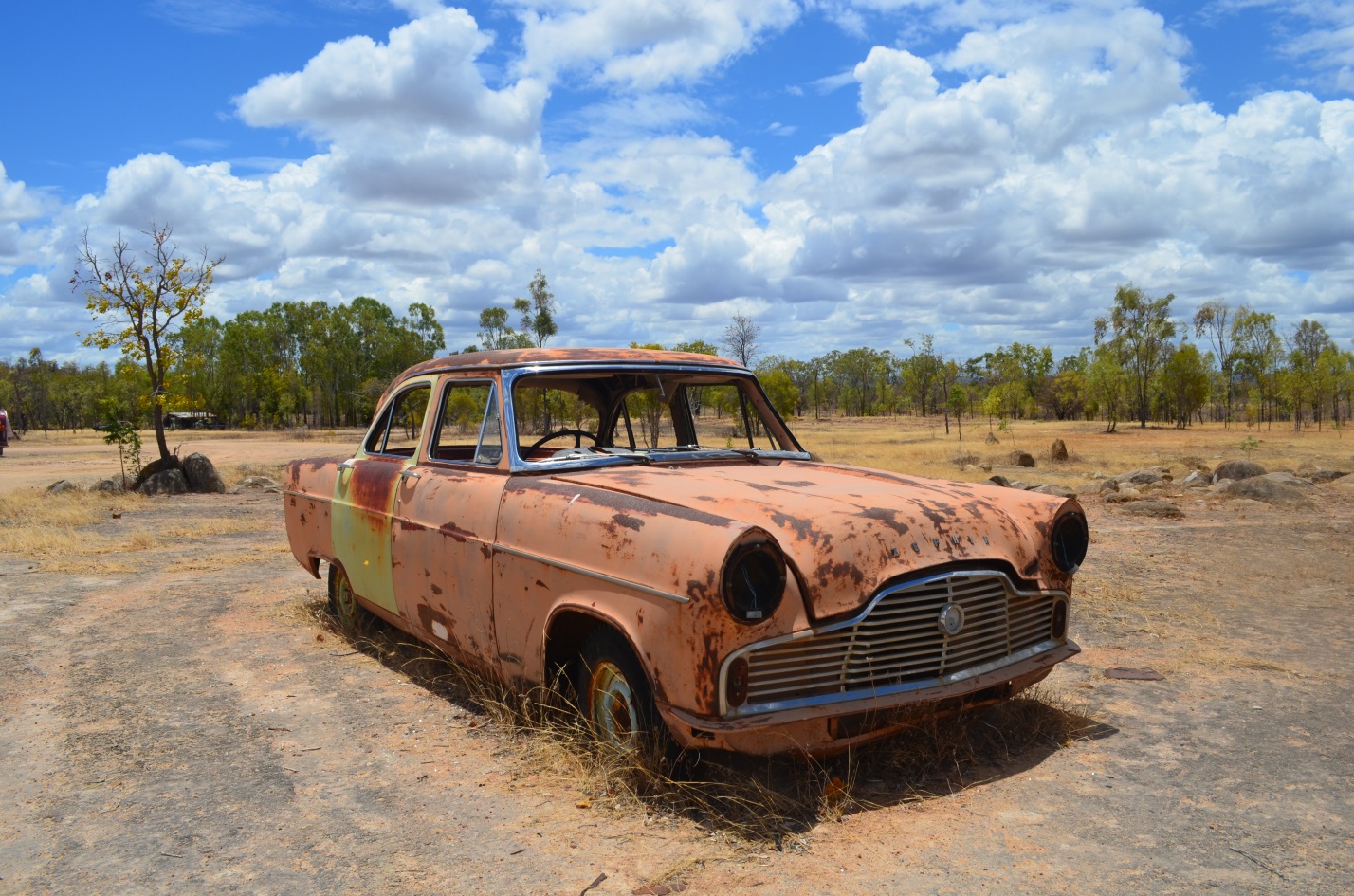 Booming in the early 1900s, Chillagoe is now a ghost town. The fauna, however, is vibrant. Through ingenuity, life has found food and shelter there. To really learn (and escape the heat ourselves), we went underground into limestone caves. The Royal Arch Cave was enormous. There we saw spiders, bats, and cane toads. Deep into the cave, we turned off all our lights and were surrounded in utter darkness.

The night was gloriously bright. The sky was littered with stars, though many were hidden in the moon’s luminescence. 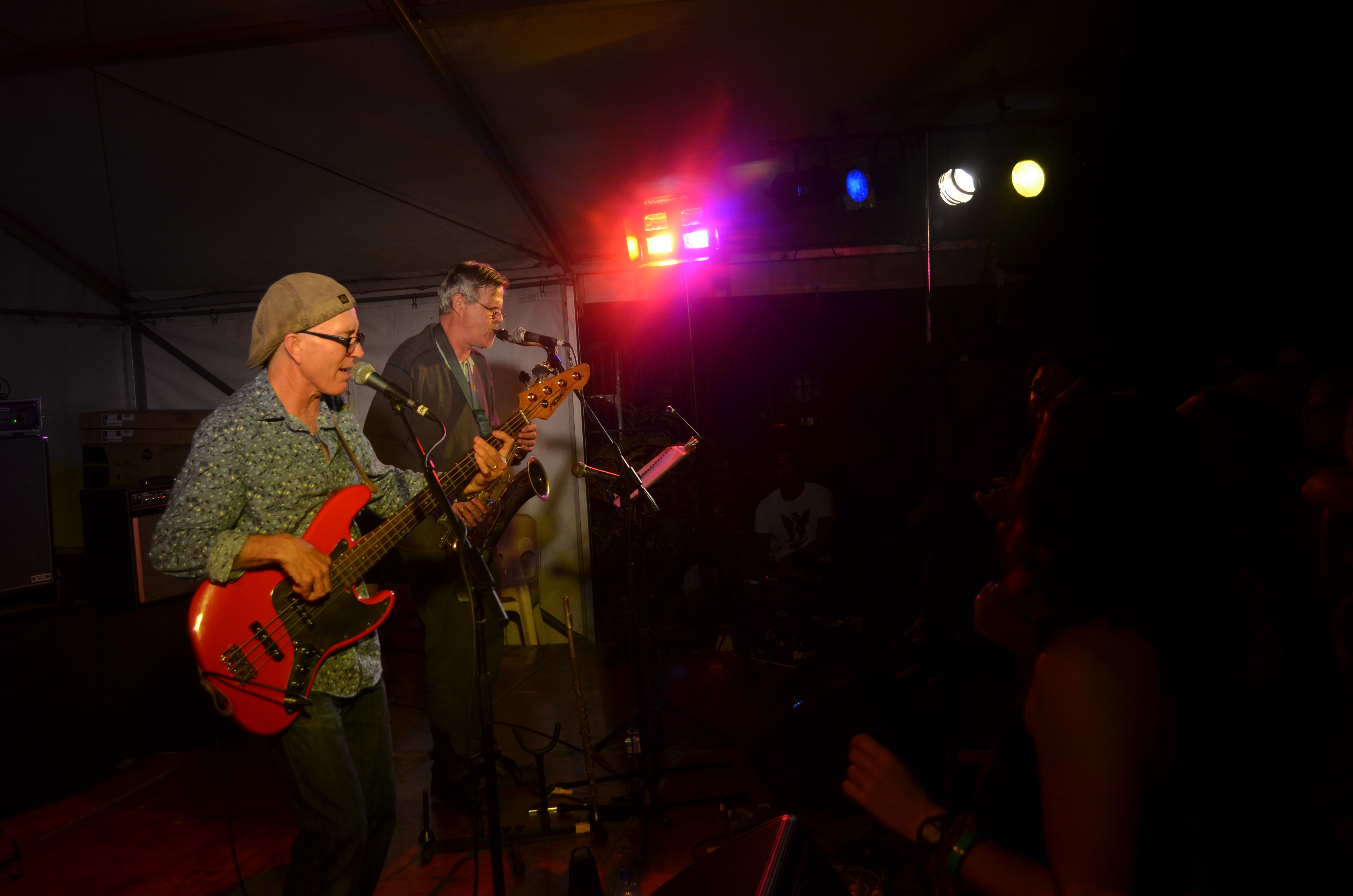 This past weekend was the Tablelands Folk Festival. Artists from all over Australia came to Yungaburra, which is the small town where our Center is located. We volunteered at the festival, entertaining children, cleaning toilets, checking wristbands. The hard work was incredibly worth the amount of fun we had.

The folk festival showed me how integrated we have become in the local community. I talked to people I had met while reforesting a corridor. Someone would ask me by name to help announce an act. The people here have been so welcoming to all of us. This is a community to which we belong.

Even after all the fun of the weekend was seemingly over, we were invited to the after-party. We had dinner alongside the performers, danced alongside the festival coordinators, and were very sorry when our ride back to the Center arrived. It was like something out of Cinderella. But, even though the clock struck twelve, rest assured we find new magic each day at SFS Australia. 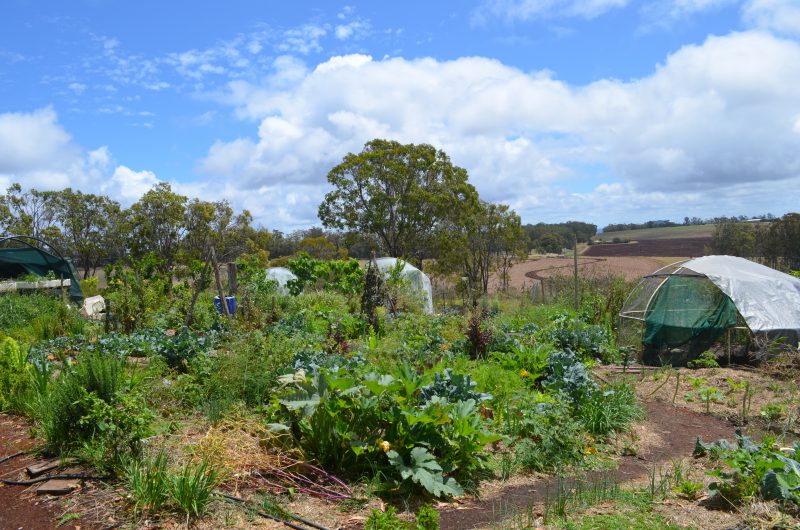 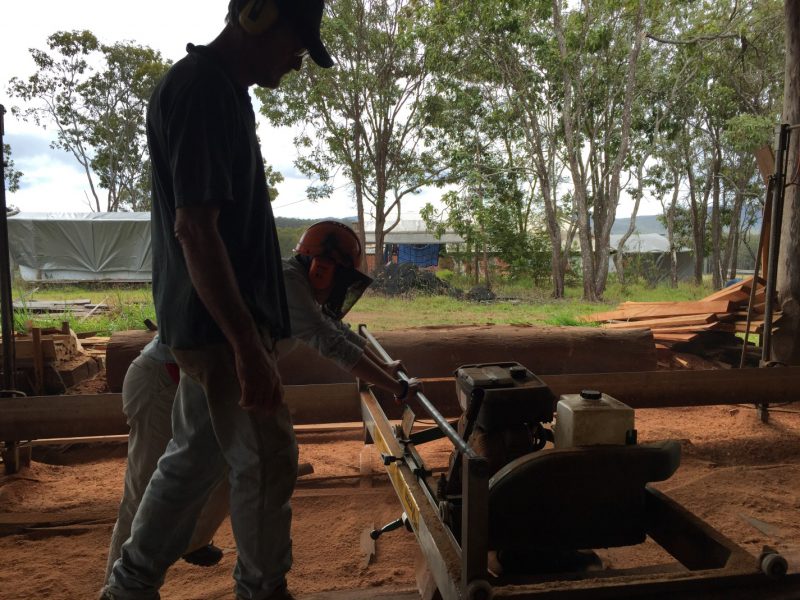 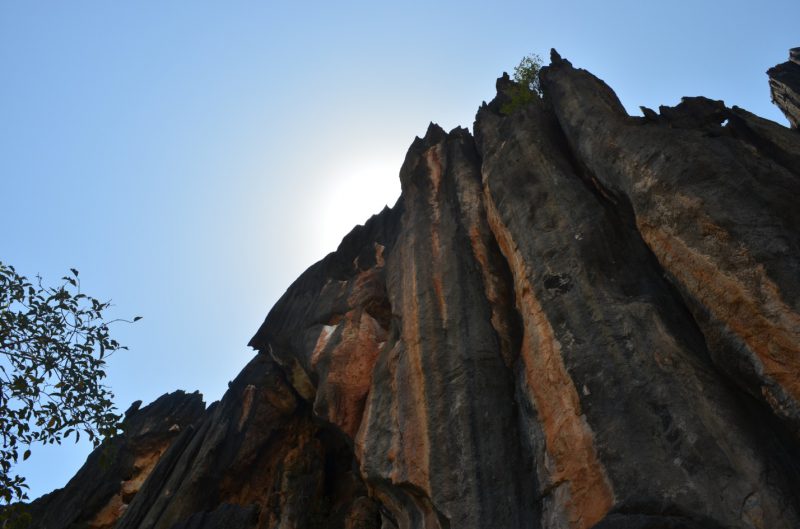 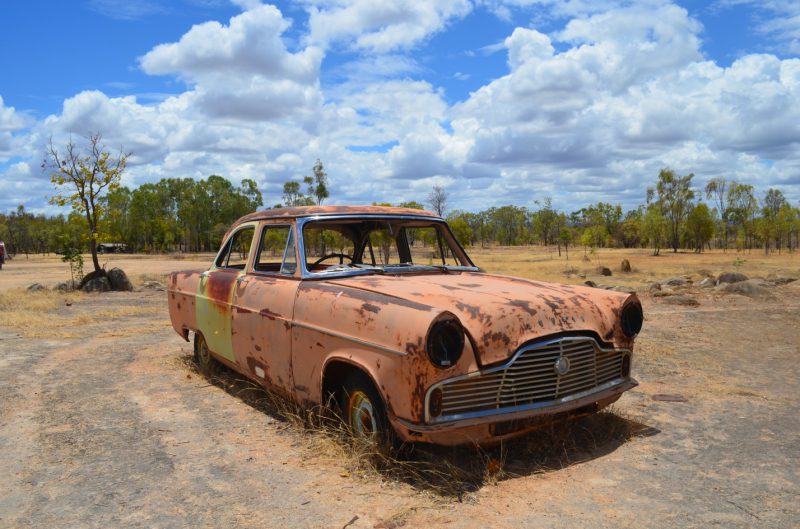 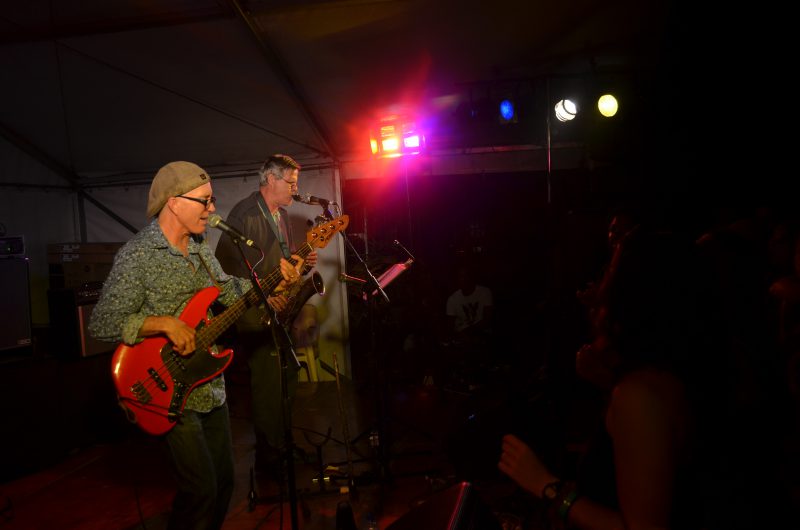