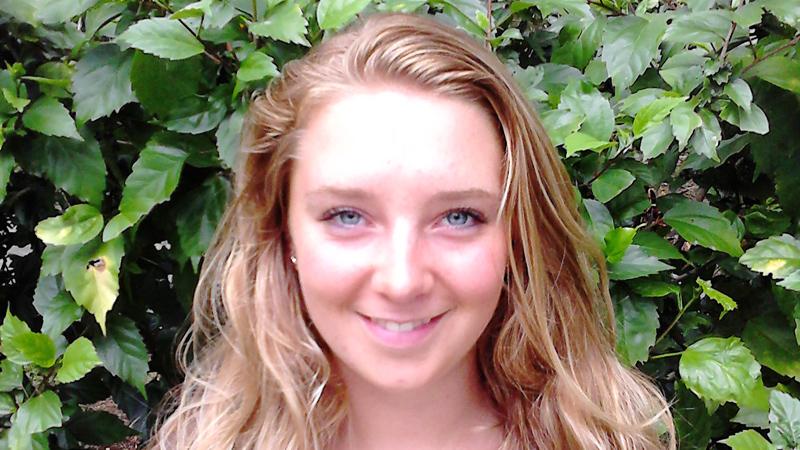 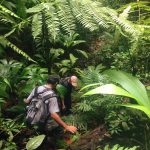 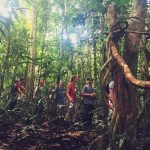 This week, we spent two days at the eco-lodge of El Sur. After a very bumpy, very dusty, very quintessentially Costa Rican bus ride, we had arrived. Looking around, it was clear this particular “tourist destination” was not like anywhere else we had really seen yet—El Sur is a very small rural town on the southeast side of Carara National Park, and the tight-knit community there has begun developing their own brand of ecotourism.

After settling into the lodge, we set out for a hike in Carara. Contrary to the parts of Carara we had encountered thus far, which had things like trails, this part of the park was almost completely untouched. The community had set up an agreement with the park allowing them to take tourists into the forest for tours, a huge mark of accomplishment through community organizing efforts. Our guide led us across a short segment of steep cattle pastures and into the heart of primary growth rainforest. “Let’s stick together,” Professor Achim Häger said, “Because if you get lost here, you’re really very lost.” The sound of the outside world then completely fell away, and all we could hear were the birds, insects, stream, and of course, each other, as we fell and slipped helplessly through the mud. At this point, student Brianne Bishop accurately observed that “I literally feel like a newborn learning to walk.” 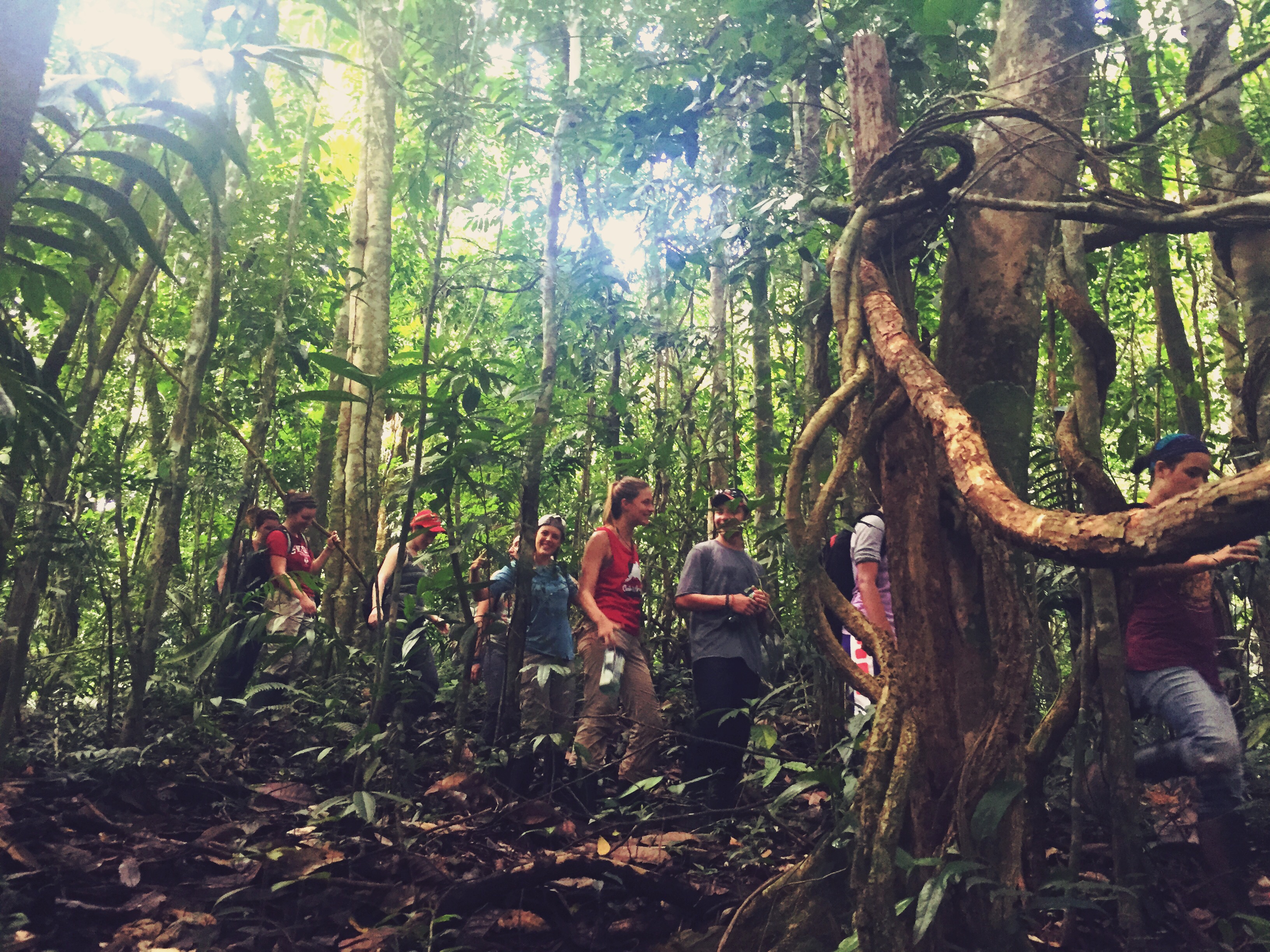 Our trip into untouched sections of one of Costa Rica’s most beautiful (subjectively—at least I thought it was) national parks would have been a complete disaster if it weren’t for our local guide. His knowledge and appreciate of the forest was obvious the entire time we were with him. In the moments he wasn’t tracking the seemingly untraceable path or machete-ing fallen branches, he pointed out barely visible tropical birds, and at one point helped Professor Edgardo Arévalo grab a poison dark frog (which is about as hard as it sounds).

Later, at a meeting with several of the community members, we learned that ecotourism has developed in El Sur because of the their desire to help preserve the resources in the national park, educating traveling scientists, volunteers, and ecotourists rather than fighting the park’s boundaries with traditional development and agriculture, as has happened so often in other areas. While developing viable tourism in El Sur is still a work in progress, we walked away with a new appreciation for how community organizing can turn out to be genuinely successful. Beyond that, we saw that a small group of passionate and sincere people really do have the power to make conservation incredibly effective. 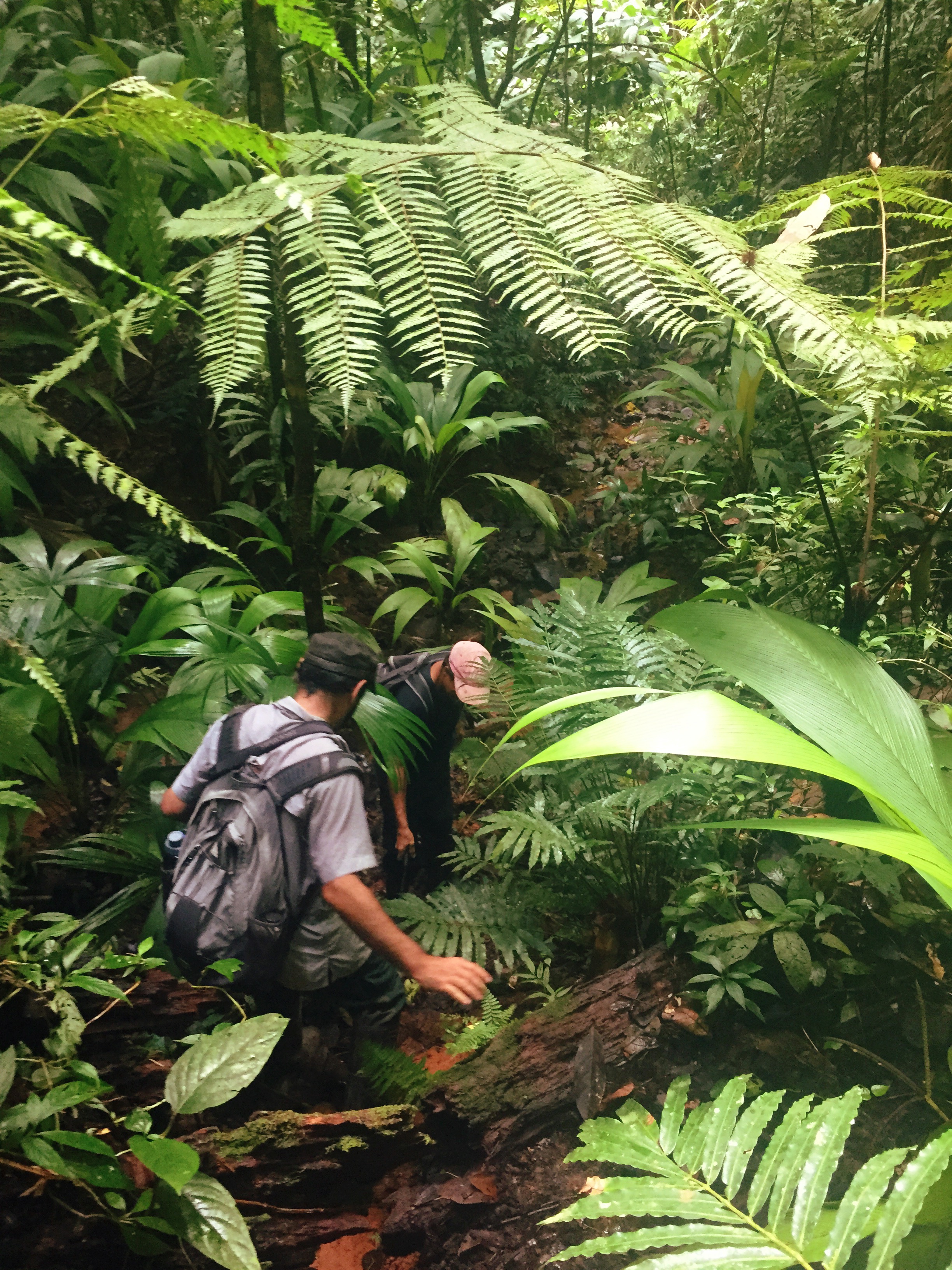 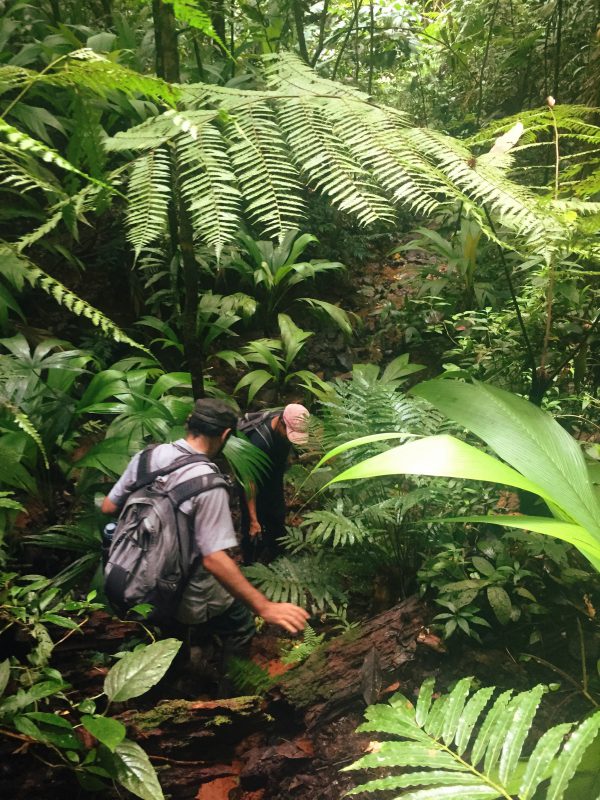 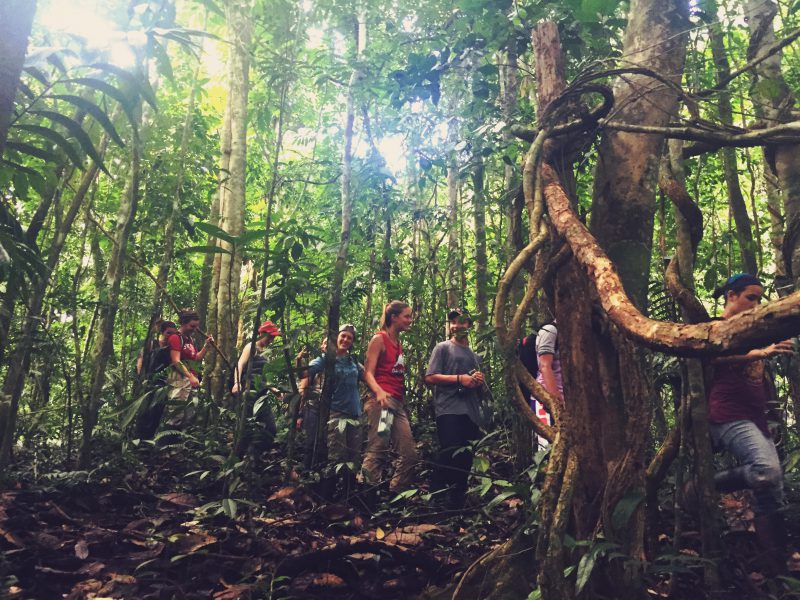