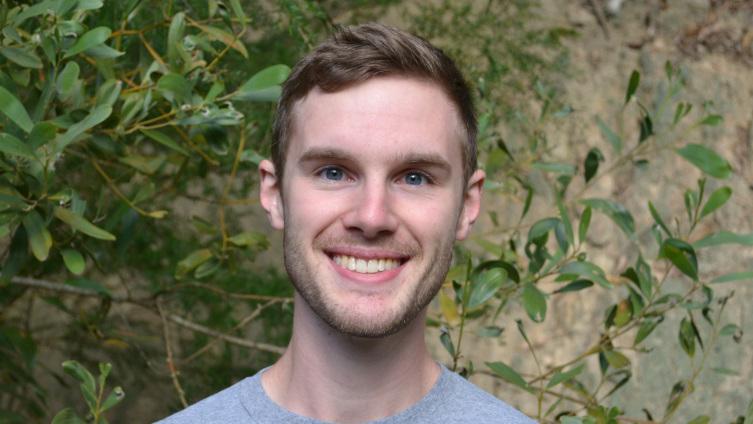 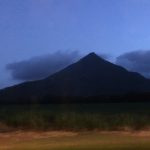 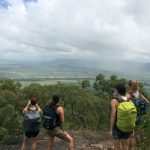 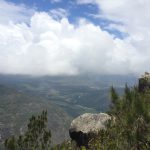 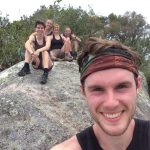 After two weeks of hard work studying tree-kangaroos, tooth-billed bowerbirds, and the interface of ecotourism and indigenous culture, it was definitely time for a well-deserved brain break for all of us here at Warrawee. This much-needed time off came in the form of our last Cairns weekend of the semester, where we get to spend most of Saturday and Sunday exploring the wealth of entertainment the Wet Tropics provides to travelers at our leisure. About a month ago, I had decided that I wanted to hike Walsh’s Pyramid during our last Cairns weekend and asked my peers if anyone else was interested. Luckily, with the all the excitement, stress, happiness, exhaustion, and discovery that accompany Directed Research, the time passed quickly and Cairns weekend was here before we knew it.

For most of the drive, Pyramid is visible in the distance since the only landscapes between it and Cairns are flat suburbs and sugarcane fields. Located just adjacent to Gordonvale, Walsh’s Pyramid is a very distinct feature of the Mulgrave River Valley, looming over the alluvial plains as the highest free-standing natural pyramid in the world. Piling out of the car in the small lot at the base of the peak, we all donned our gear without being deterred by the potential rain for a second. Once we had a quick snack for energy we were off towards the top. 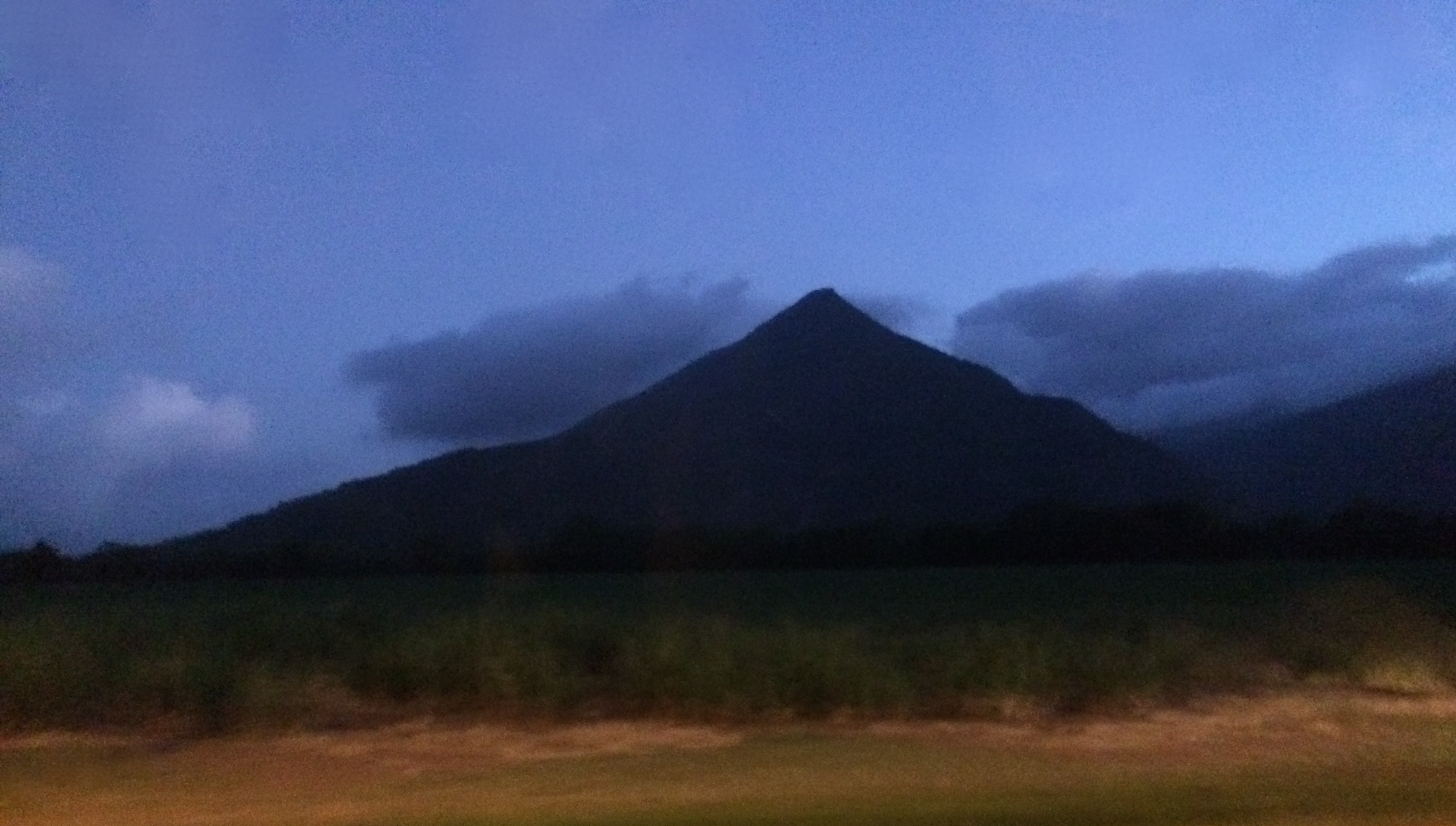 The trail quickly revealed something our Student Affairs Manager had warned us about: Aussies like to go straight up things, no switchbacks here! Thankfully we had read about the trail online before deciding to go and we knew what we were getting into. After a good hour or so of working our way through some small boulder patches, up a few steep rock faces, and guzzling water, we reached the half-way point. By this point, the views were already breathtaking. Even with the haze of the day we could see all the way across the valley to Cairns. We stopped many times on the way up to admire the scenery and give our legs a little rest before continuing our climb. It was so warm and humid out, and the climb was so steep, that we all decided we had never sweat so much in our lives! 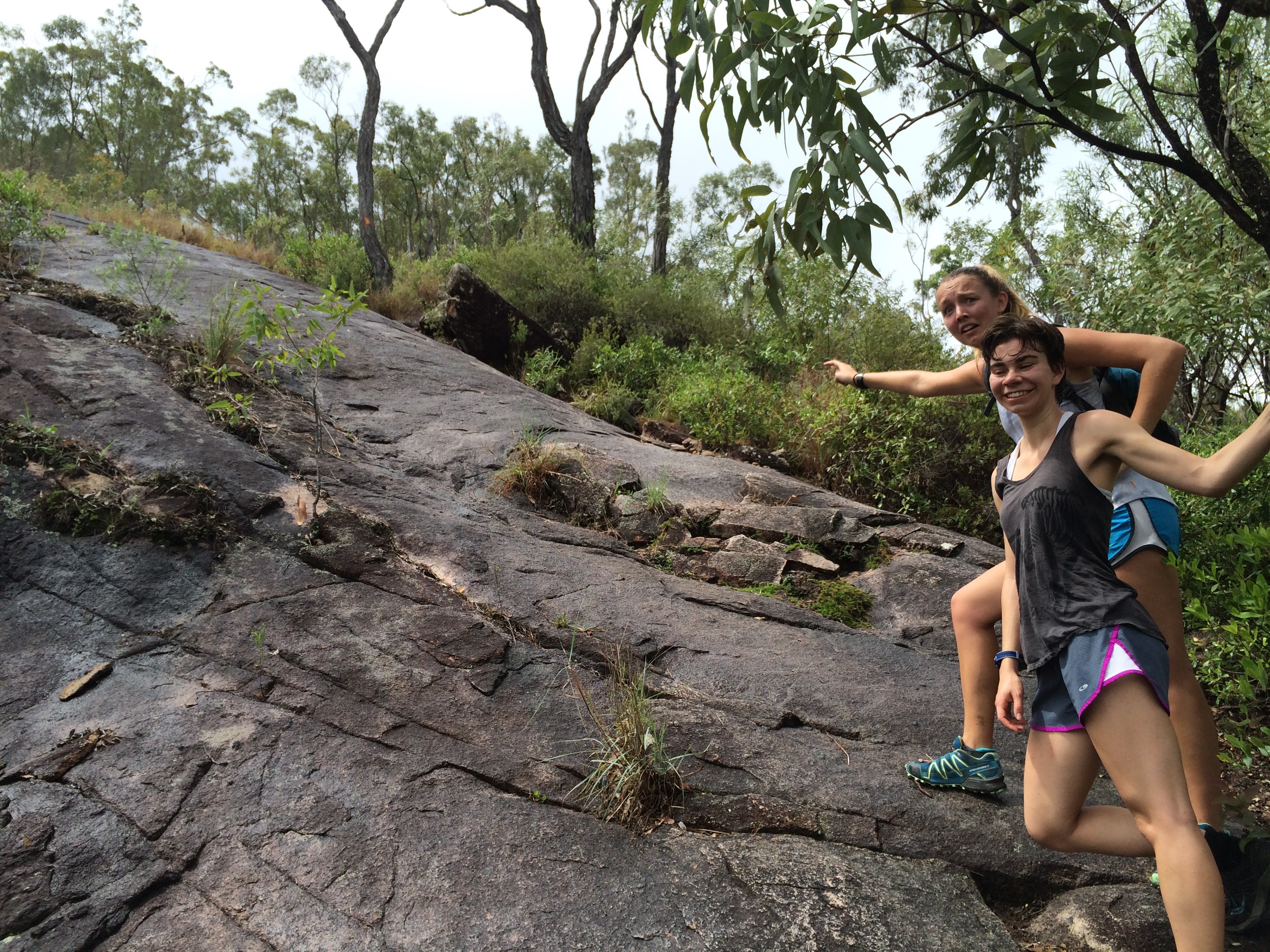 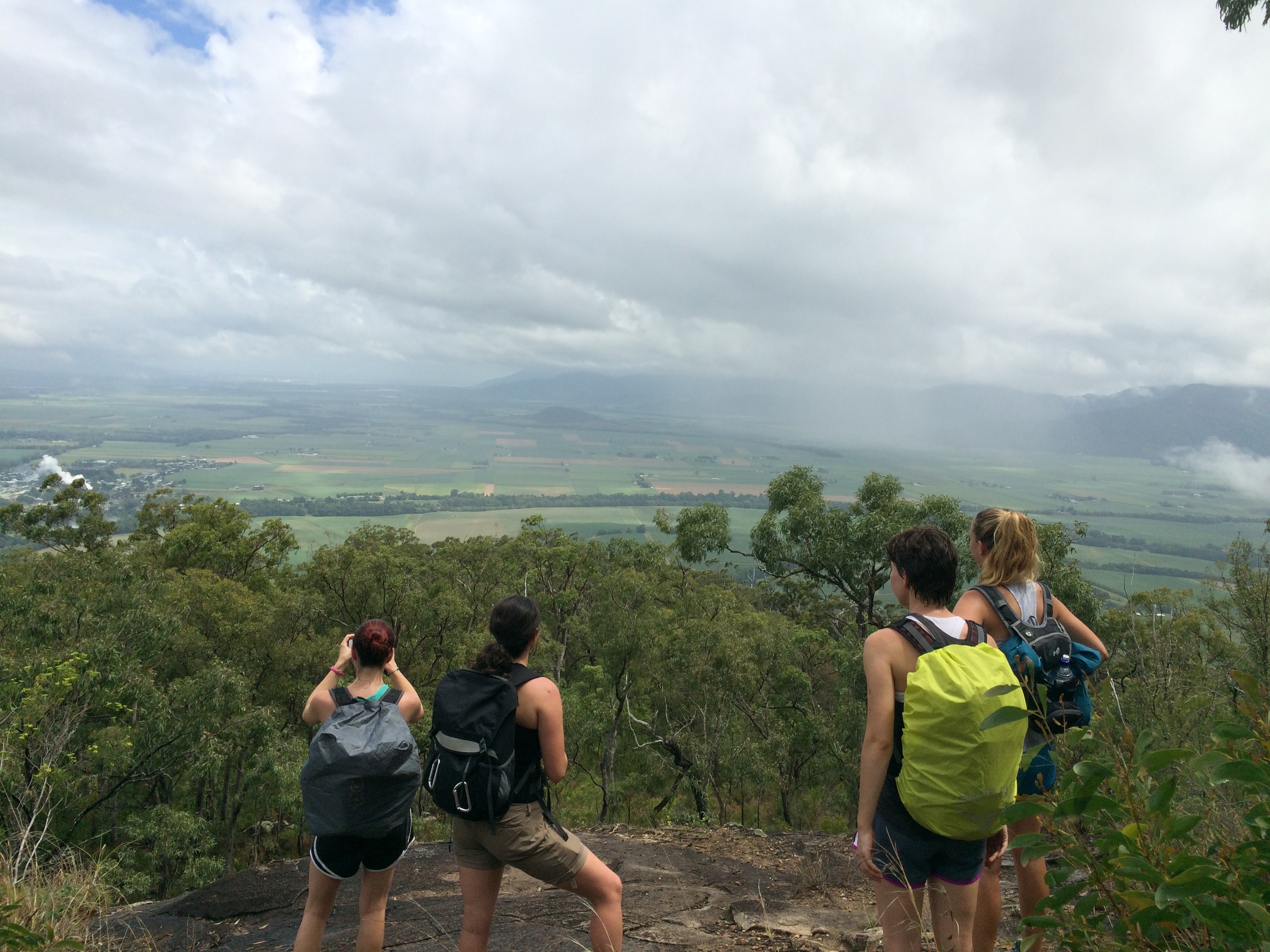 The second half of the climb was much more taxing than the first, but eventually we made it to the summit just in time for lunch. As we clambered onto the little boulder located 922 meters above sea level, we were completely enveloped by clouds. It was so surreal being perched at the top completely surrounded by steep drops and a wall of white on every side. Taking in everything around us, we slowly all explored the tiny little summit. As we were catching our breaths, the clouds opened up and revealed a 360-degree view of the land around us. It was absolutely stunning. The valleys, mountains, rivers, towns, and fields all looked so small and so clear. We stood there without moving, silently taking in the view alone with our thoughts. 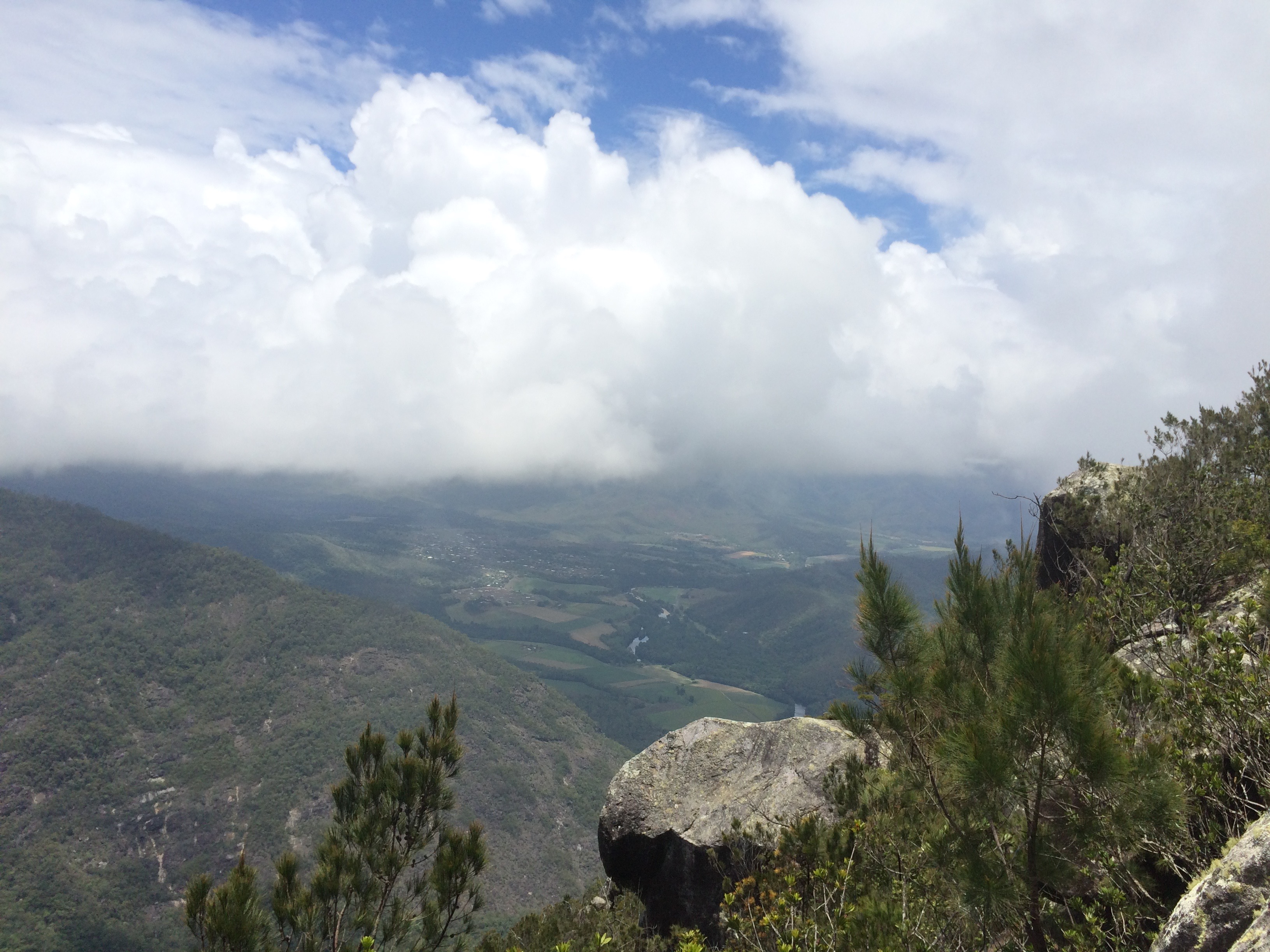 After some necessary picture taking, we settled onto the little summit and had lunch. As we ate the clouds rolled in and out, isolating us from the world and then revealing it all at once, to our surprise and amazement every time. 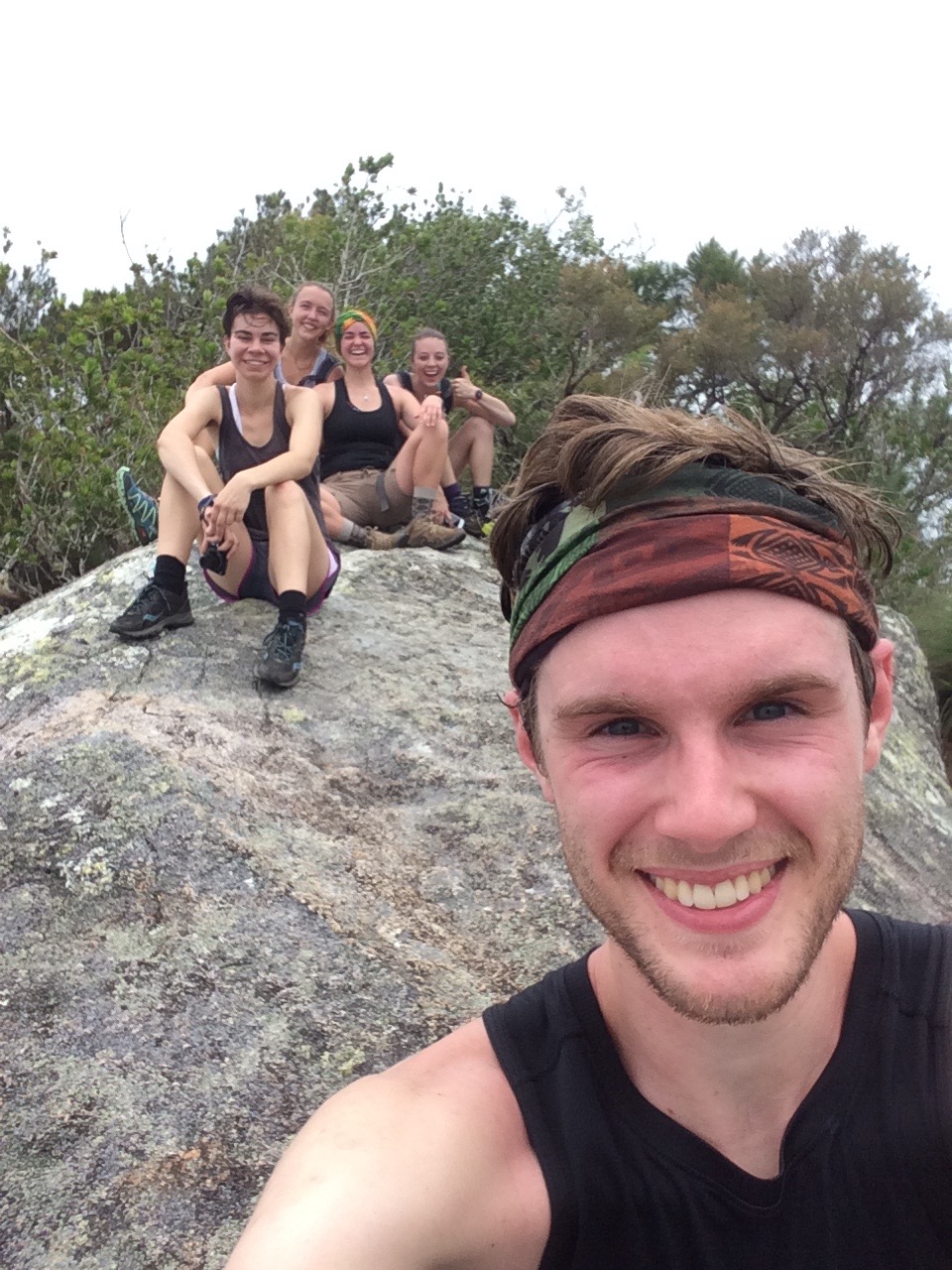 Once 45 minutes had passed on the summit, the clouds turned a little darker and it began to rain. Not wanting to slip off the rocky top, we quickly packed up and began our descent. Thankfully it was just a quick shower and the descent was much easier than the climb up, even with the downwards scrambling over boulders and slippery rock surfaces. The views were just as incredible on the way down, and we stopped to admire them every chance we could. Upon reaching the car thirsty, hungry, and drenched in sweat, we drove to the nearest convenience store and bought large amounts of beverages, candy, and other food items. Once back in Cairns, we got into our bathing suits and cooled off by swimming in the community lagoon. We returned the car, and when 6:00 pm rolled around, the SFS staff greeted us with pizza and we headed back to the Center to begin analyzing our research results in the coming week. 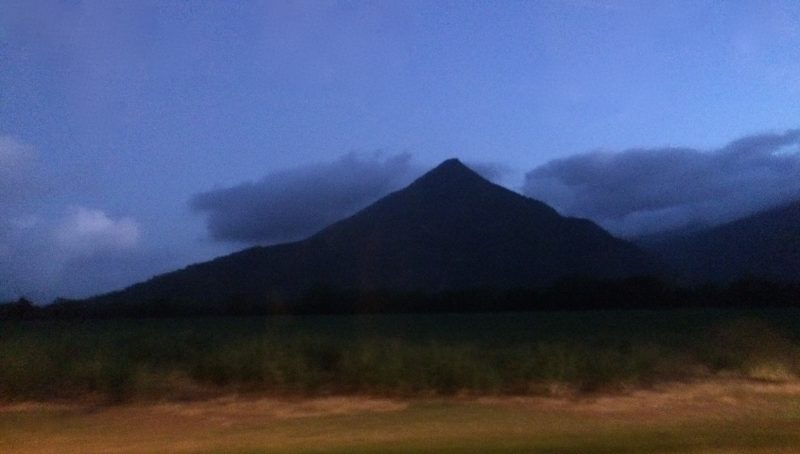 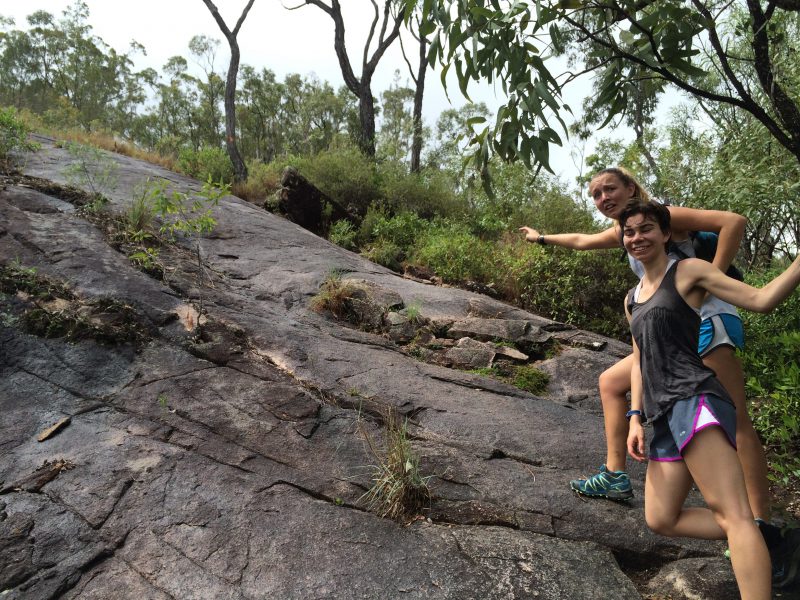 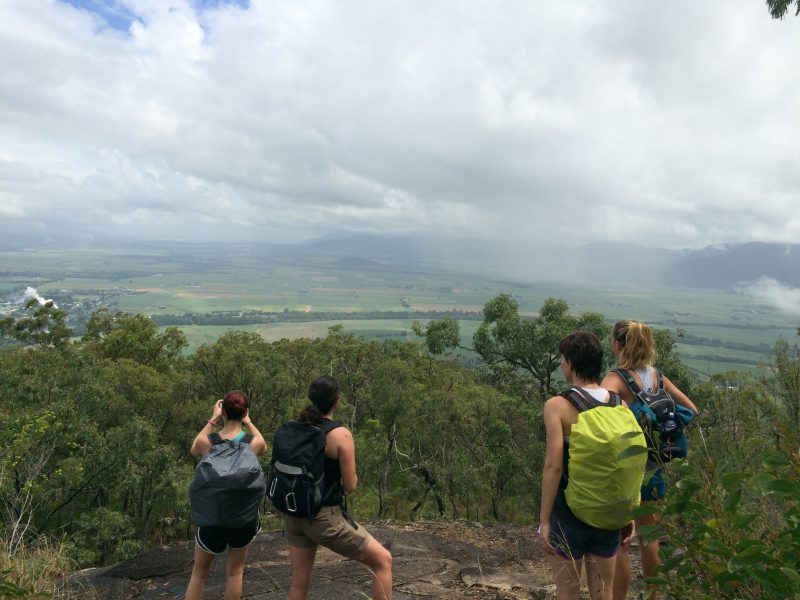 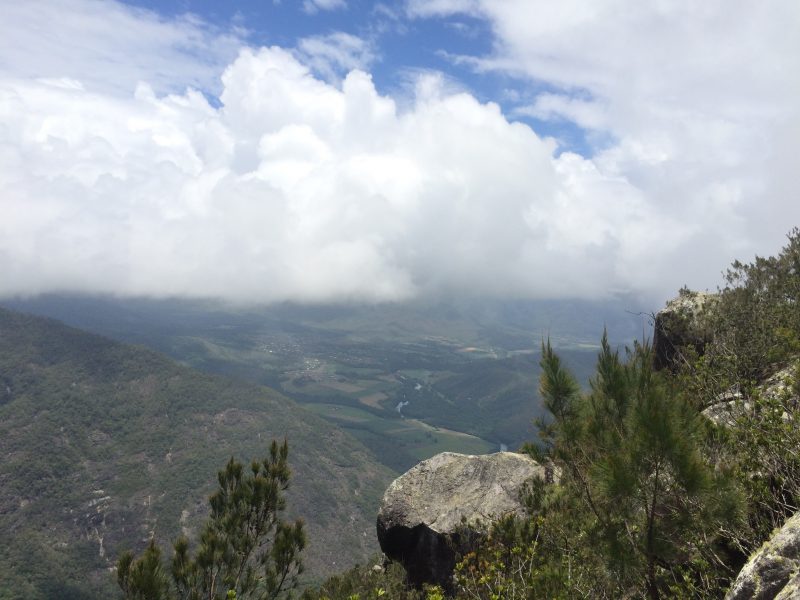 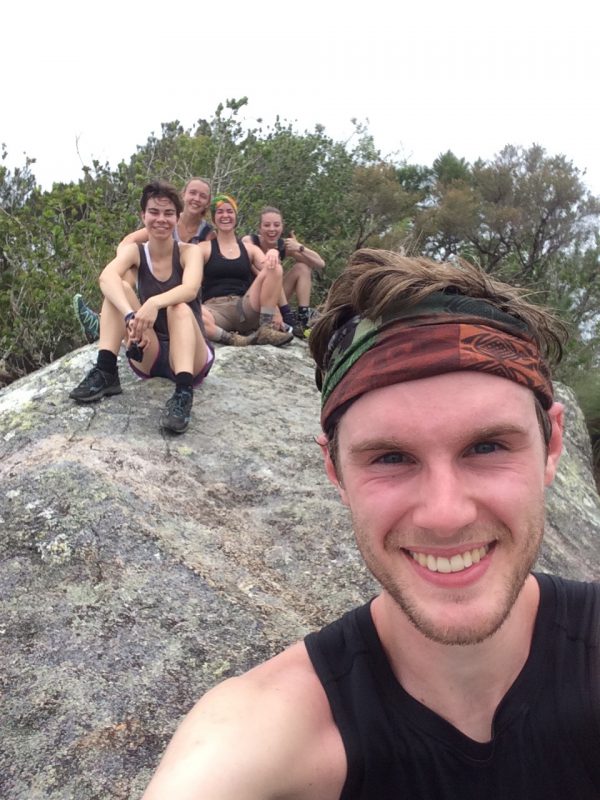