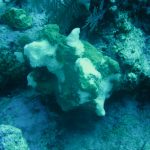 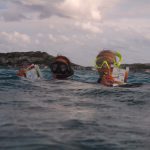 “Coral Bleaching Event Threatens World’s Oceans for Third Time in History” – the international headlines read during the first few weeks of October. Here in the Turks and Caicos, at The SFS Center for Marine Resource Studies, we needed little more to feel an intense sense of responsibility to do our part in collecting data on the state of the reefs. Within days, we were tweaking our syllabi and getting to work collecting data on coral bleaching. Although our Center Director, Heidi Hertler, does have ongoing long-term climate change studies in place, the immediacy of NOAA’s press releases and the opportunity it gave us as a Center to model for our students how scientific researchers can respond to such events in real time was phenomenal.

Our students dive several times a week, sometimes recreationally, sometimes as part of the curriculum: learning survey techniques, capturing invasive species numbers, assessing the effectiveness of TCI’s marine protected areas for conch, lobster and fish. Whether diving on compressed air or duck-diving with snorkels on the shallower reefs, the students have gone from being relatively naive observers who sometimes struggled to identify key fish species to experts on South Caicos’s reef ecosystems, able to recognise, scientifically ID, and assess interactions among and within fish species, echinoderms, other invertebrates, algae and corals. 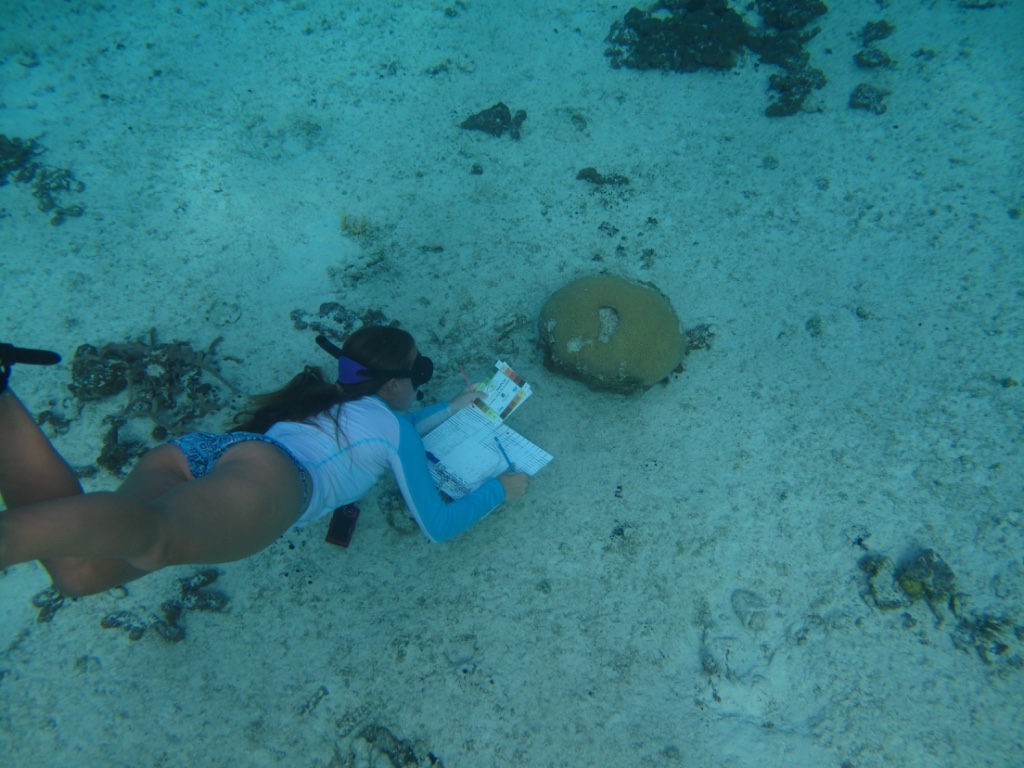 The timing of NOAA’a announcement could not have been better for our students and the program, as we, the faculty, were gearing up for our Directed Research projects, and entering the “Case Study 2” portion of our courses, focusing on human impacts and marine protected areas. In the second half of the Tropical Marine Ecology course we spend a lot of time in the field learning ecosystem survey and assessment methodologies which students will likely use in their Directed Research projects.

Historically, the Center has taught a range of field survey protocols ranging from several citizen science methods like REEF’s fish counts or Reef Check’s more general survey of fish, invertebrates, corals and benthic composition, to AGRRA’s (Atlantic and Gulf Rapid Reef Assessment) detailed, scientifically rigorous belt transect surveys that require in depth knowledge and exact measurements of the benthos, corals, algae, key invertebrates, and fish all with scientific nomenclature. While contemplating which methods to teach and thinking about how we could best contribute to the immediate need for data from Atlantic sites as the “Third Global Bleaching Event” unfolds, I chose to give the students two sets of tools related to coral health and bleaching: teaching Coral Watch’s citizen science methods to the entire cohort of students in the Tropical Marine Ecology class, and having my twelve Directed Research students use the AGGRA protocols with modifications for a rigorous coral bleaching assessment.

Coral Watch is the product of a University of Queensland, Australia, team of researchers who came up with the idea of a waterproof colour chart for assessing coral health and bleaching. The Coral Watch card is now used all over the world and has launched an international citizen science project that can be used by scientists and novices alike. The data sheets and underwater cards are simple and can be clipped onto a diver’s BC unobtrusively. Coral Watch simply asks the diver or snorkeler to record: the lightest and darkest colours of 20 corals on a dive or snorkel and designate whether the coral is a branching, boulder, plate, or soft coral. 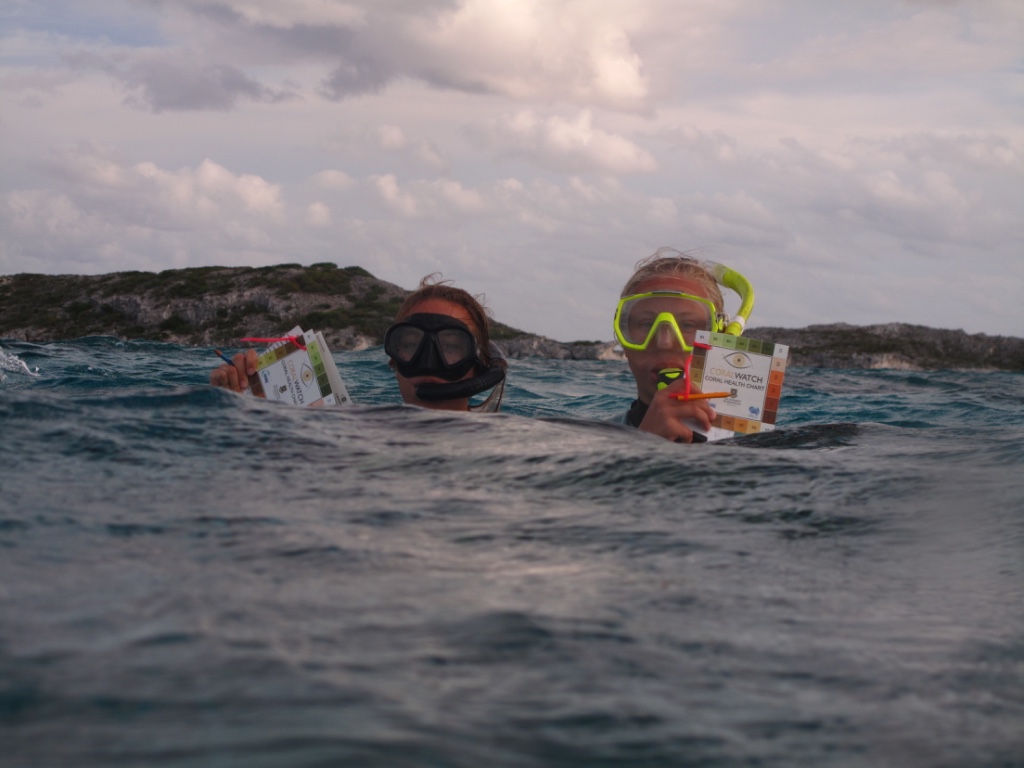 On the Coral Watch website, contributors enter their data and join a team of like-minded citizens who have surveyed in places you might never have imagined even had corals: Iran for example, Kenya, and more obvious locals like Honduras with several thousand surveys completed, Indonesia, Phillippines, British Virgin Islands etc. When we get all of our data finally entered, we will be the first entries for the Turks and Caicos Islands.

Similarly, two of our Directed Research teams are working day-in and day-out collecting data using the AGGRA protocols. In these studies, data is collected along transect tapes, using a meter long crossbar to collect the same colour codes for lightest and darkest coloration on 100 corals per transect. These protocols are used by researchers worldwide to assess coral reef health, composition, and phase shifts of small and large proportions. Like Coral Watch, however, AGGRA’s online database suggests that the last significant report contributed from the Turks and Caicos was in 1999.

As a coral researcher and marine ecology faculty member, I realise we have such amazing opportunities to engage our students; not only are we strategically placed to be contributing data to our larger understanding of this major coral bleaching event, but just as importantly for our students, they have become the experts on what is happening in the TCI and can contribute their data as a baseline from a country that has only minimally been able to do so in the past.

Yes, we are seeing corals bleach, with the Agaricia agaricite, or lettuce coral, appearing to be the canary in the coal mine, flashing white all along the reef. Other corals too are bleaching to some degree, and the sea temperature has remained around 82° F well into November. Fingers crossed that these corals will recover. 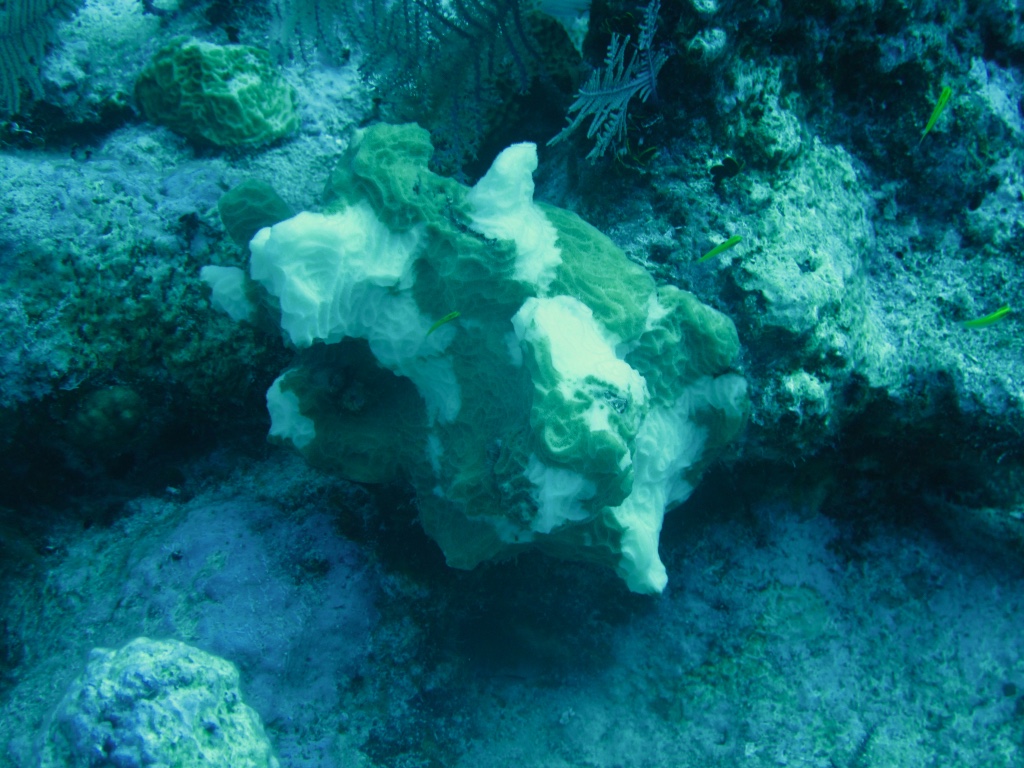 A. Agaricites showing signs of bleaching

So the data collection and bleach monitoring will continue — and our students have been fantastic, even volunteering to do extra surveys to help build our database, to help do another AGGRA survey, and I hope, to take home the skills of both hard science and citizen science — so that the next time they go diving, far from these shores, they will carry a Coral Watch slate, or a REEF fish ID card, and share what they see happening on another reef, as we all pray that the reefs can survive this third coral bleaching event since 1998. 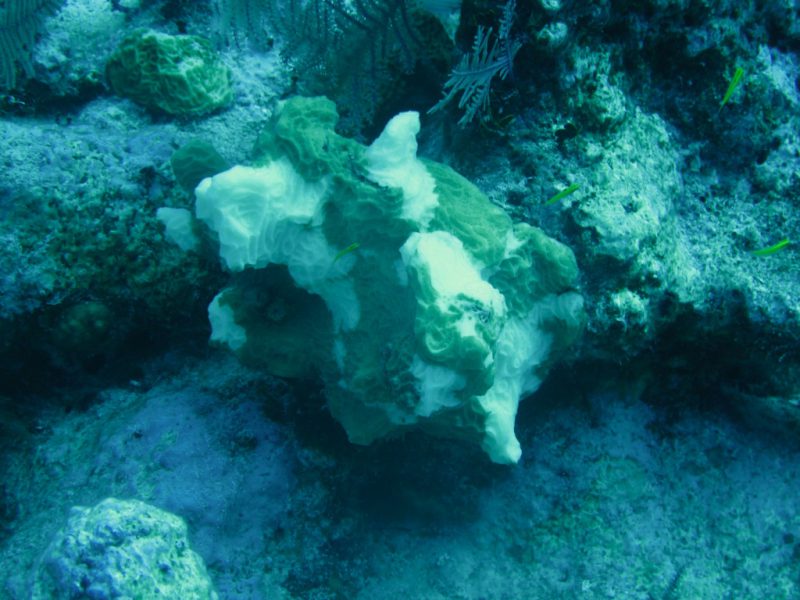 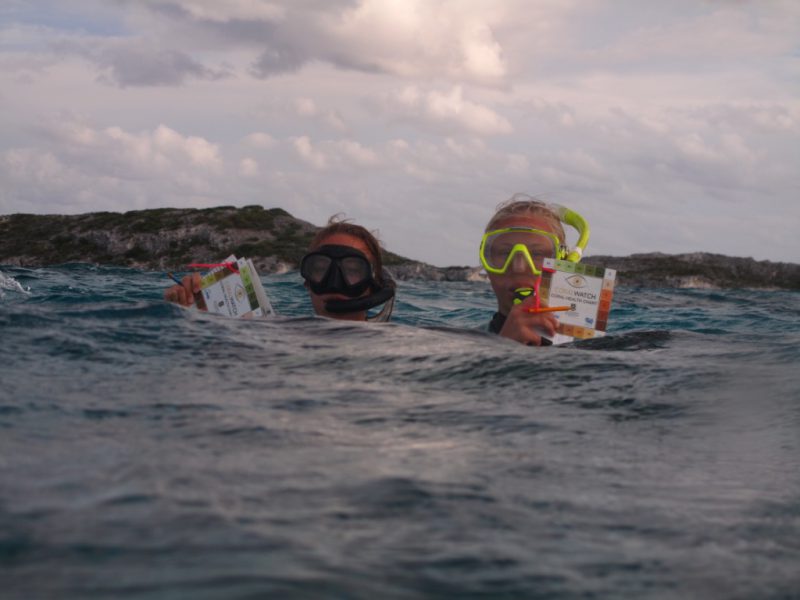