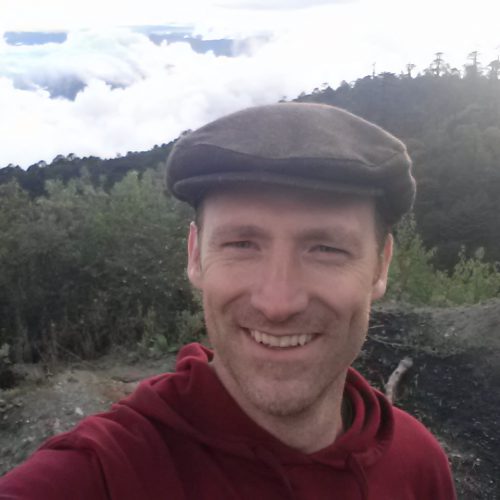 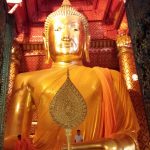 A Lesson in Impermanence

One of the core concepts in Buddhism is that suffering stems from attachment, and that nothing is permanent. Our students had the joy of learning this valuable lesson firsthand before they even set foot in Bhutan. Due to unforeseen travel delays, the majority of students missed the flight to Bhutan, and given that there are only two flights from Bangkok to Bhutan a day, it turned out that they would be stuck there for four days before we would be able to rebook their flights.

So, we brought the program to the students! We set up our own mini-Bhutanese consulate at the hotel and began their summer program there. Much of our time was spent orienting the students to their upcoming excursion to the Himalayan country, but we were able to explore Thailand briefly on an excursion through some of our contacts there.

Our excursion led us to Ayutthaya, where we explored ancient temples, the old summer palace (Bang Pa-In), handicraft markets and other famous landmarks. It was a fascinating opportunity to see a strikingly different type of Buddhism than we see here in Bhutan (Theravada in Thailand and Vajrayana in Bhutan). It was also a shocking reminder of how much hotter Thailand is than Bhutan!

The students did an amazing job of rolling with the changes and were all the more excited for the 10th when we were finally able to fly up to Bhutan in the early morning. It was my first time flying in with the students, and the excitement on the airplane was palpable, even before the turbulence sent my stomach shooting up above my lungs! As we broke through the clouds to see the Paro valley below, I was watching the students excitedly leaning over each other to see their new home. I felt nostalgic, thinking back both to my experiences studying abroad in Nepal when I was an undergrad, as well as my first time flying into this magical mountain kingdom and the sense of amazement I felt at seeing such a green Himalayan landscape.

We’ve only had a couple days in country thus far, but we’ve kept the students busy with a broad array of class lectures, field lectures, field exercises, guest lectures, and of course, lots of ema datsi! 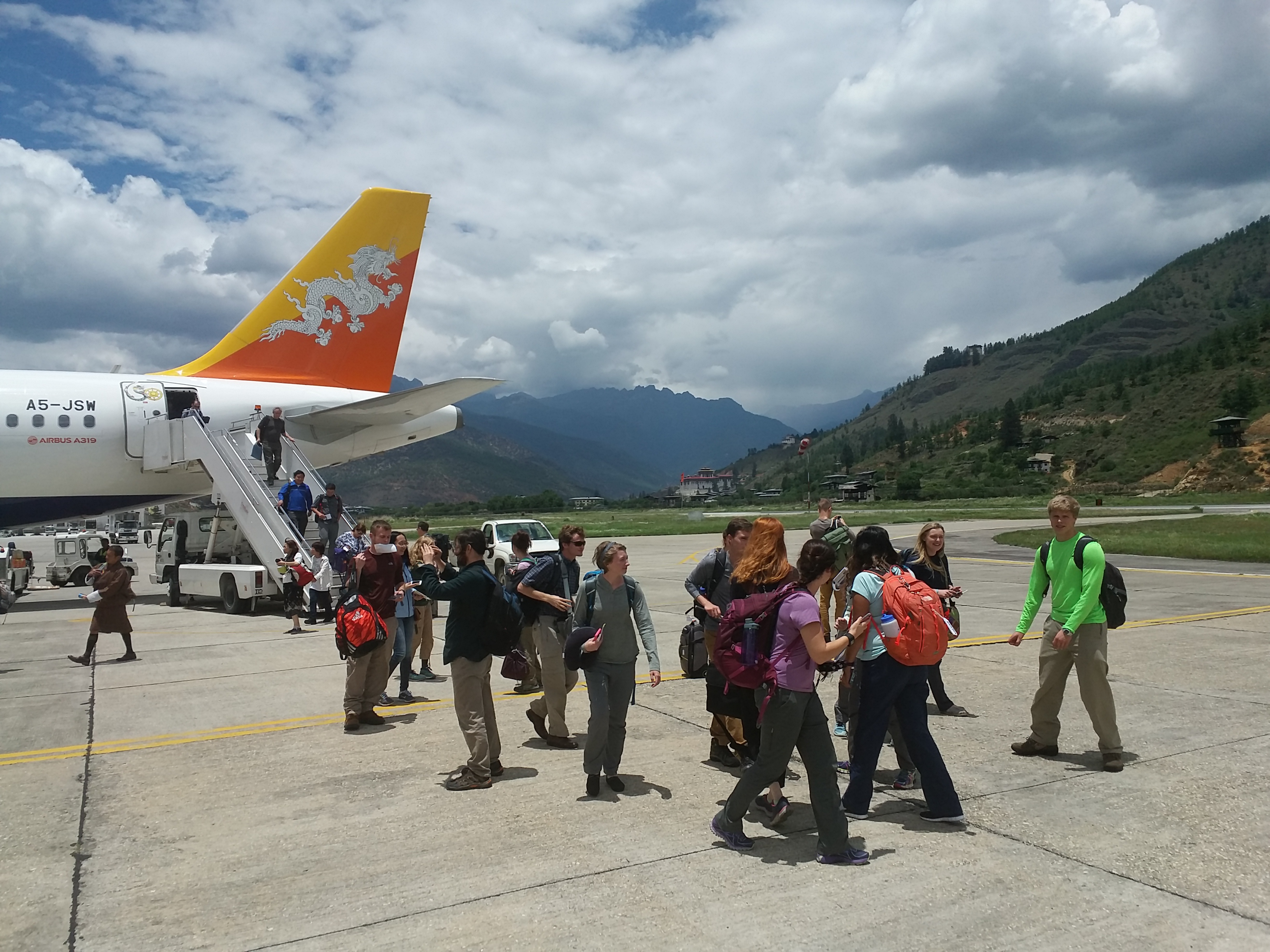 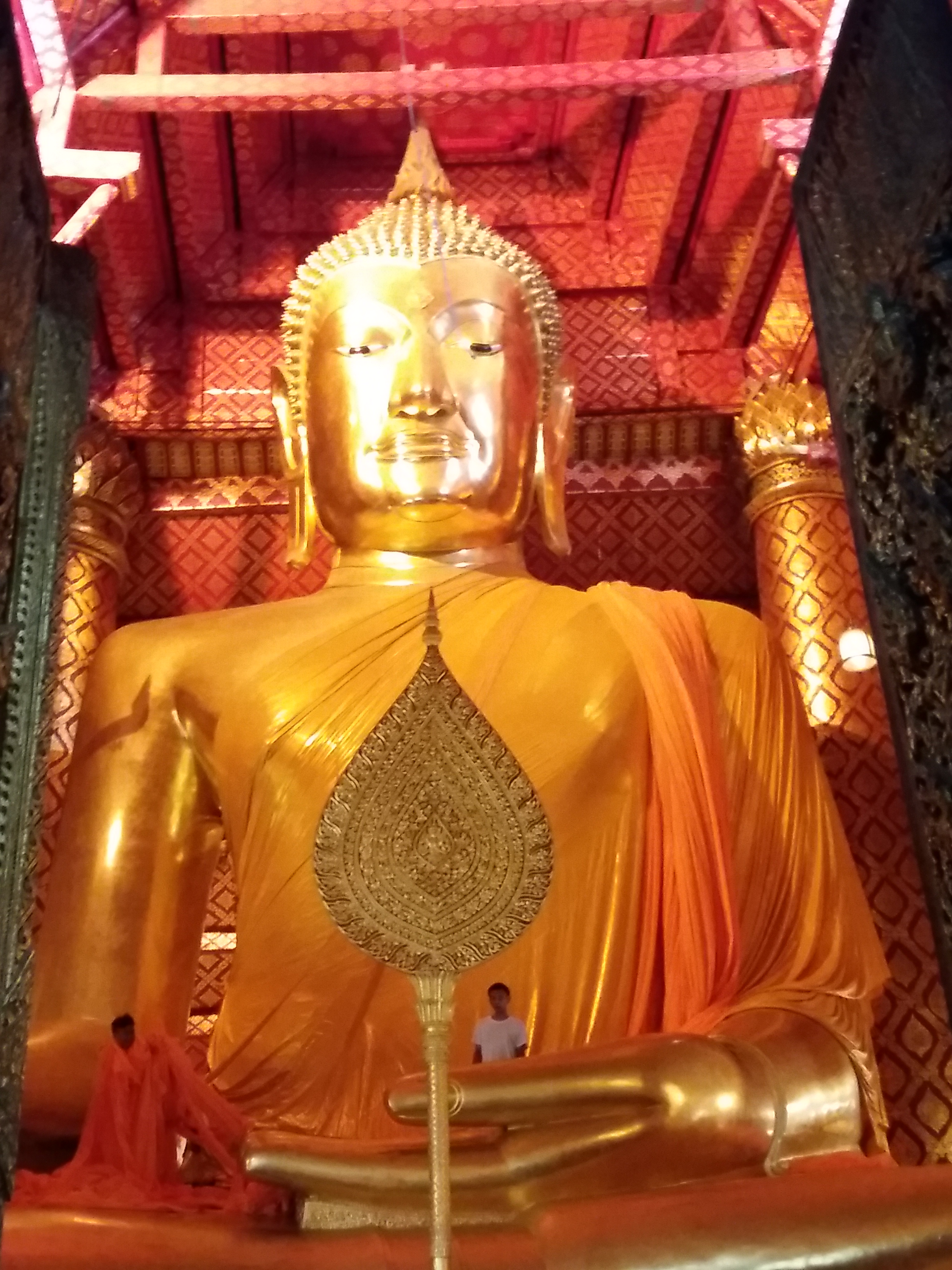 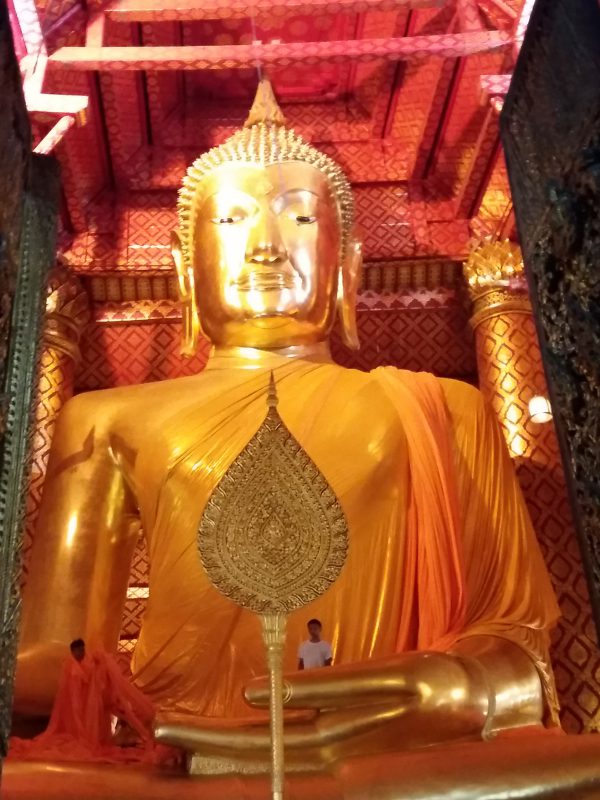