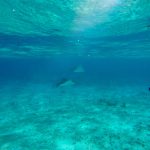 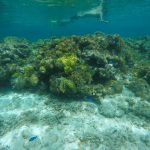 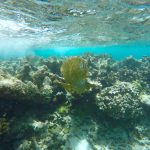 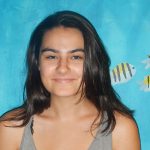 TCI Summer I Students: Which Marine Organism Are You? 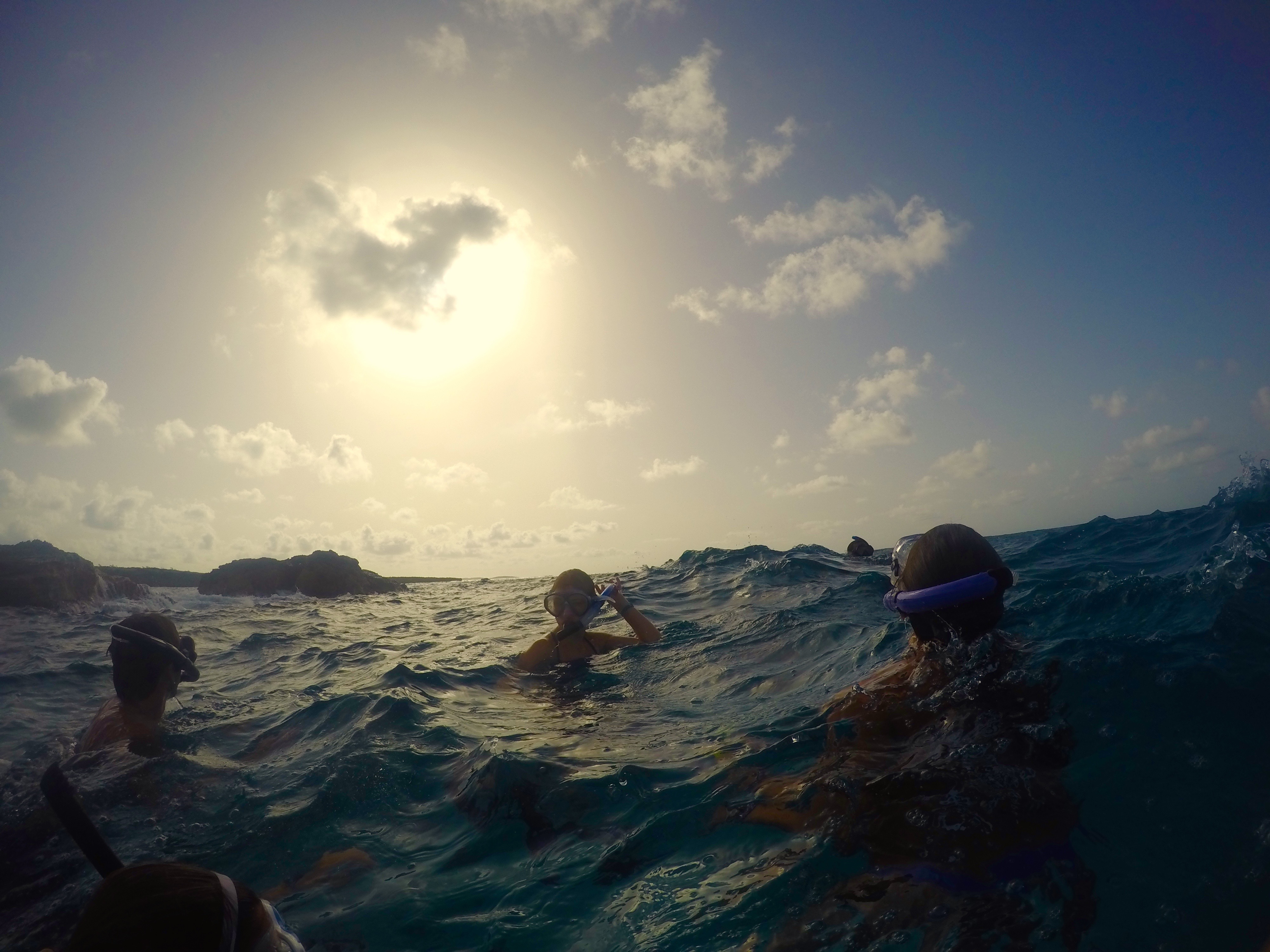 On the very first week of Summer Session I, we students were told we would be memorizing the scientific names of some 90 species of marine organisms that live in the waters surrounding South Caicos. By week two, we were already able to use our new species identification skills to conduct research and habitat assessments of the seagrass beds, mangroves, and coral reefs surrounding South Caicos. Week three has just ended, and by now we’ve spent enough hours and days up close and personal with these species that they seem like good friends. Maybe I’ve been here too long, but I could swear I saw a barracuda wink at me last week at Admiral’s Aquarium, and Margaret claims an eagle ray waved hello to her yesterday at Shark Alley.

As the fish become more familiar, the students and staff become fishier. Watching Waterfront Assistant Intern Claire swim under the boat to check the anchor, it’s easy to mistake her legs for a dolphin tail. And when Waterfront Assistant Intern Chris dives down into the reef for minutes on end, we’re all a little surprised he hasn’t sprouted secret gills somewhere. So for fun, I asked each student (and some of the staff!), “If you were a marine organism on South Caicos, which one would you be, and why?” Here are their answers.

Julia: Melichthys niger (Black Durgon), because “they’re mysterious and cool and swim interestingly. They’re unique! I feel like I’m pretty unique. And they swim at the top of the reef.”

Joyce: Gorgonia spp. (Sea Fan) – “they have a unique color that you don’t see on the other coral.”

Michelle: Microspathodon chrysurus (Yellowtail/Jewel Damselfish) – like a Damselfish, Michelle is small but fierce and sassy. Also, “like the juvenile stage, I first appear to be fun and colorful, but really I’m a boring gray adult.”

Lauren and Allyson: a pair of Sepioteuthis sepioidea (Caribbean Reef Squid) – they’re always together, they “have many colors so you never know what you’re going to get, and they come out at night.”

Rachel: Rhizophora mangle (Red Mangrove) – “I like to mangle things. Haha just kidding. Mangroves are nurseries for juvenile fish and I like babies.”

Jeci: Panulirus argus (Spiny Lobster) – “it has “pan” in the name and I like to cook.”

Wyatt: Caranx ruber (Bar Jack) – “it’s beautiful just like me.” Wyatt is a schooling fish because he cares about other people and likes pool parties.

Mike: Plexaurella spp. (Slit-Pore Sea Rod) – “like myself, it is the most beautiful specimen in the sea.”

Rebecca: Diodon hystrix (Porcupine Fish) – “I don’t know, I just really like them. And they’re cute. And reclusive.”

Rochelle: Diadema antillarum (Spiny Sea Urchin) – “I’m spiny and no one messes with me.”

Taylor Z: Eretmochelys imbricata (Hawksbill Sea Turtle) – “when I came down here, I found out that I love to swim.”

Dominique: Scarus vetula (Queen Parrotfish) – “I’m a queen and I’m colorful. Also it has the word scar in it and I have scars all over my body.”

Jahna: Chelonia mydas (Green Sea Turtle) – “I’m graceful in the water but not on land.”

Nicole: Aetobatus narinari (Spotted Eagle Ray) – “I like flying and being admired, but I have a bit of a sting.”

Destiny: Ginglymostoma cirratum (Nurse Shark) – “they’re lazy and like to sleep a lot, just like me. Or I’m a Damselfish because I don’t like people on my property.” 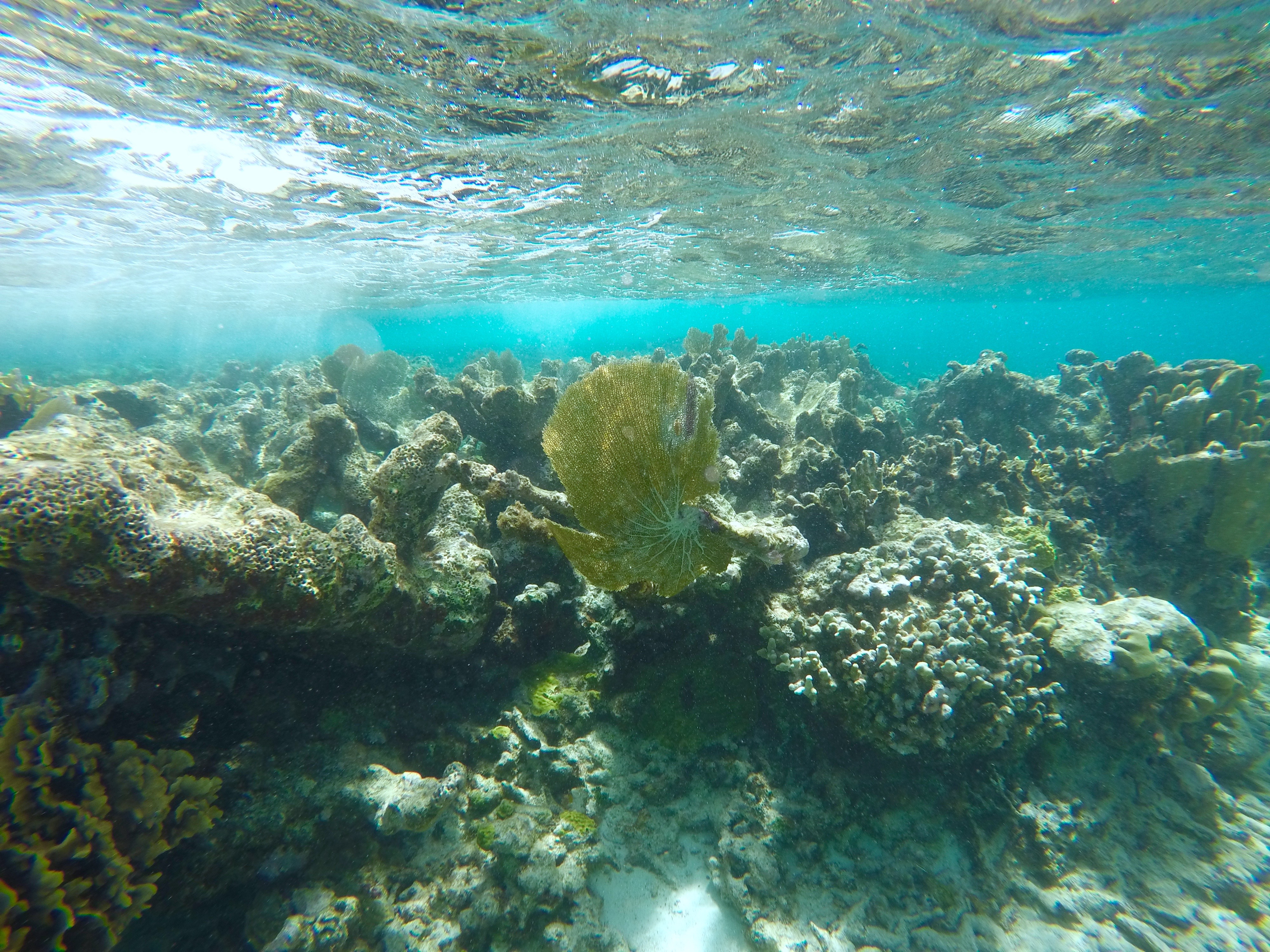 Eliza: Aulostomus maculatus (Trumpetfish) – “it’s observant, it’s patient, and it’s doing its own thing but is aware of its surroundings.”

Lily: Pterois (Lionfish) – “they have no natural predators and their stomachs can expand.”

Claire: Acanthurus coeruleus (Blue Tang) – “because Lily said she is.”

Alex: Octopus briareus (Caribbean Reef Octopus) – “they can adapt quickly to new situations and can have their ‘hands’ in many places at once.”

Kathy: Cyphoma gibbosum (Flamingo tongue snail) – “they sit back and take everything in, but have a flash of personality with their spots.” 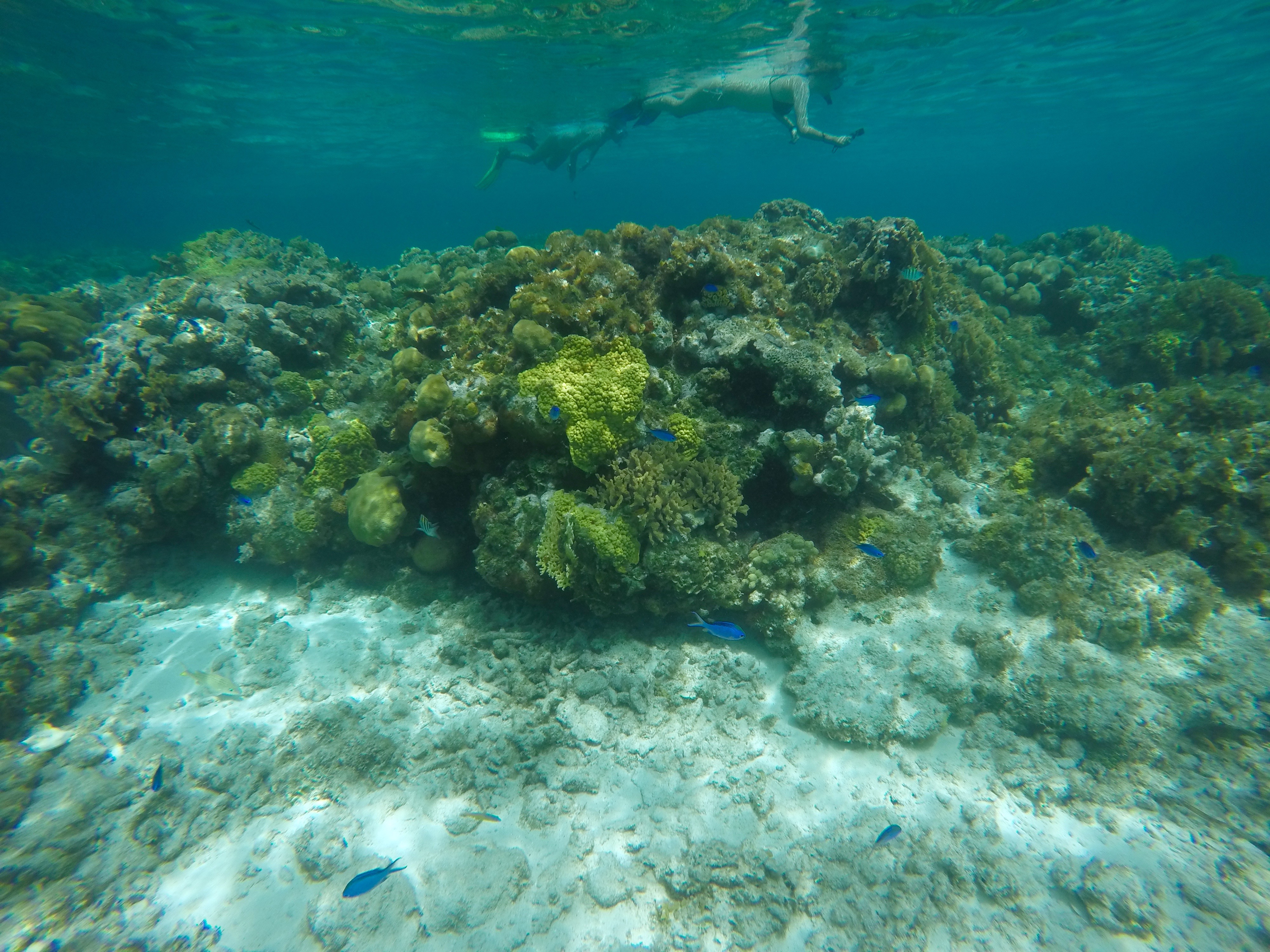 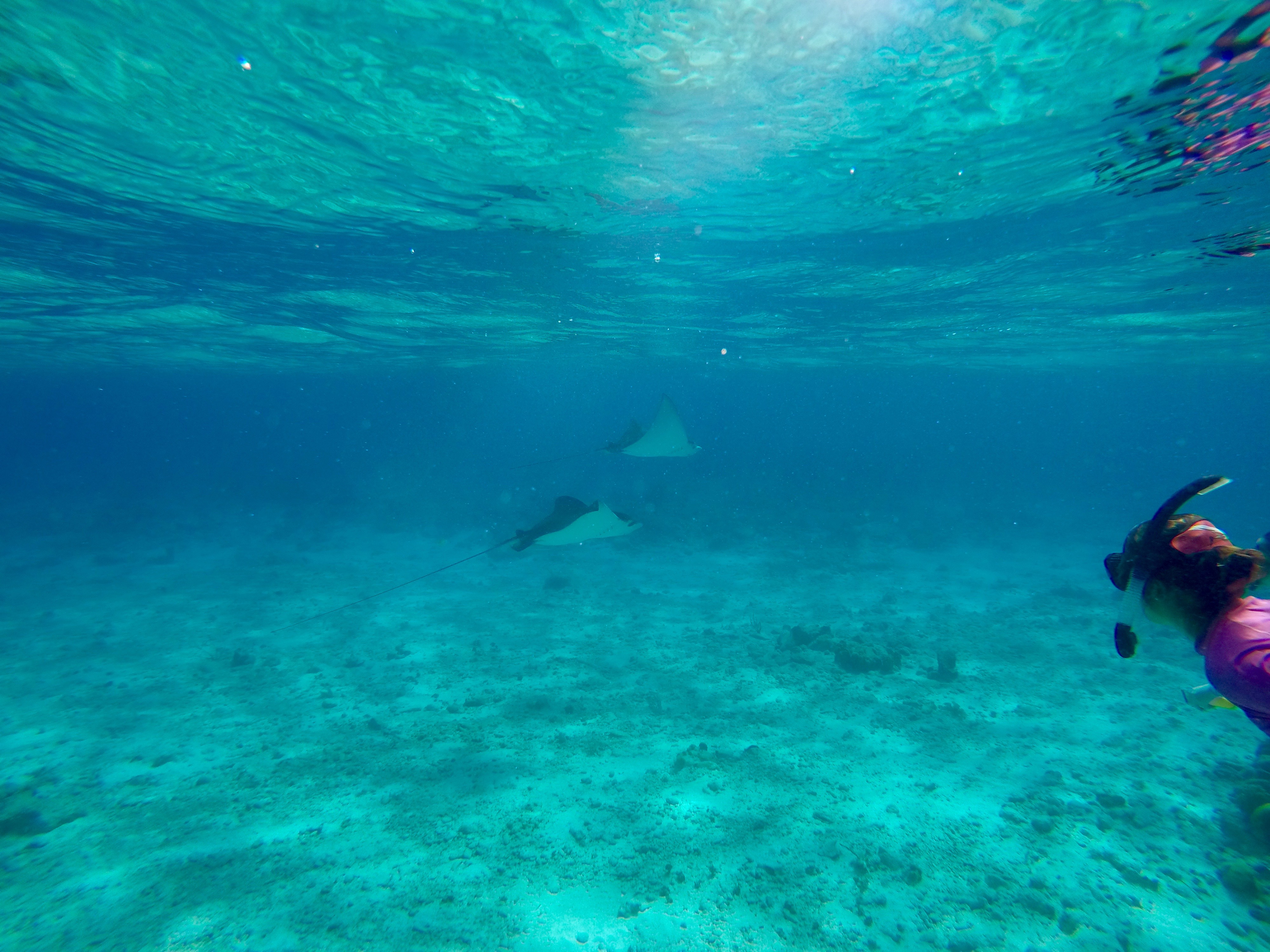 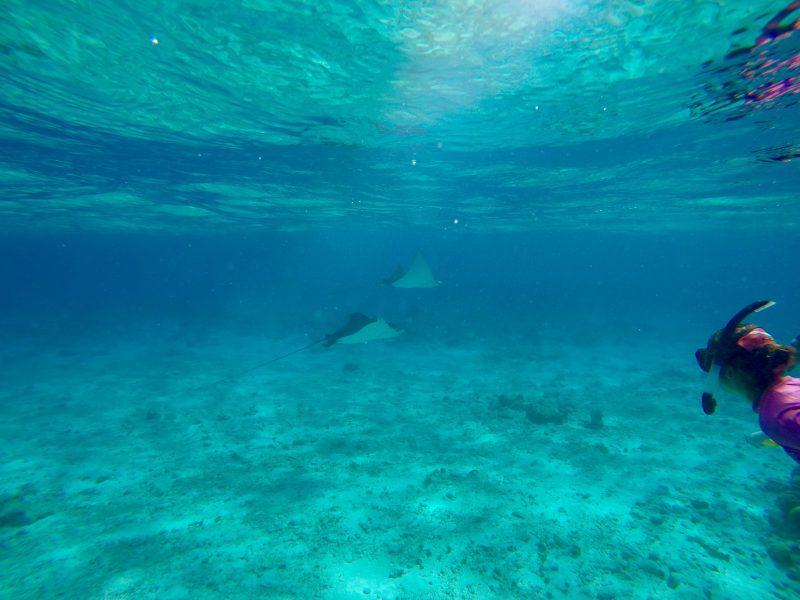 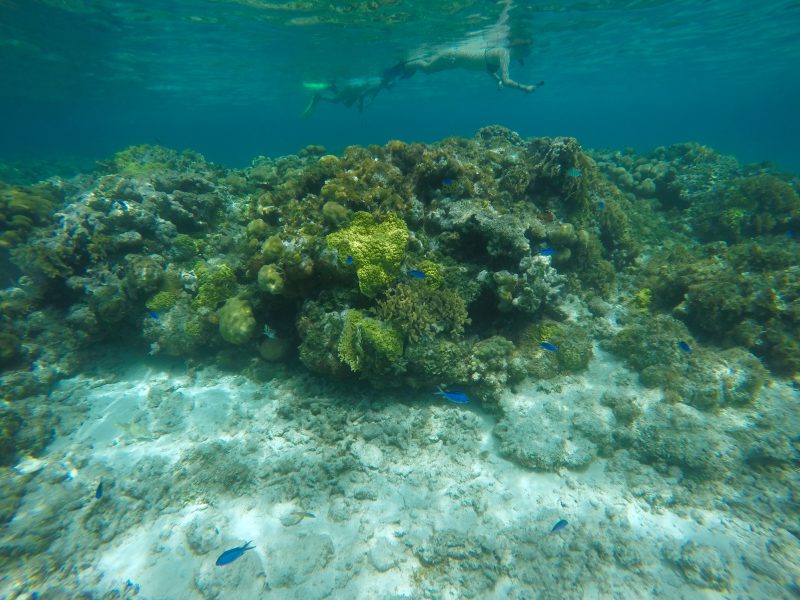 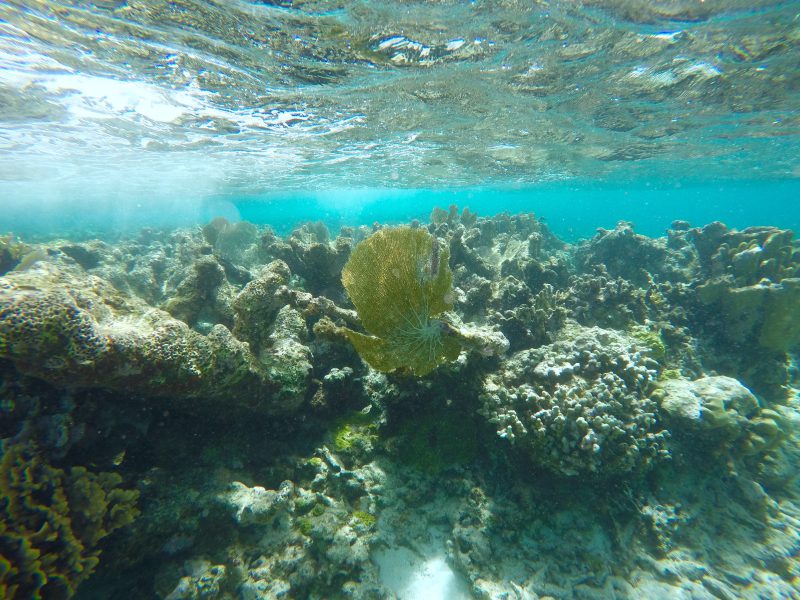 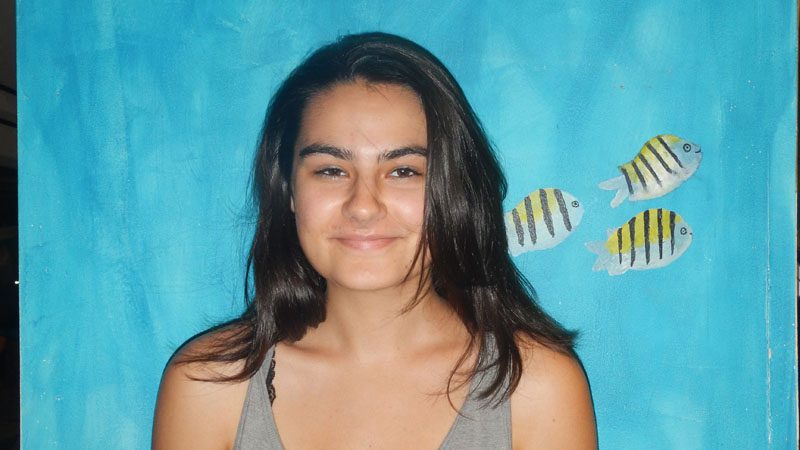