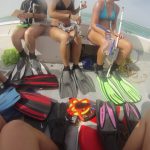 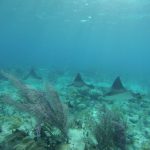 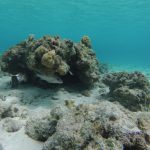 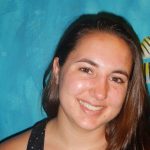 Time Flies When You're Exploring an Island

While it’s been over three weeks since I’ve arrived here in South Caicos, the time has flown by faster than I could have imagined. We just had our last lecture for this session, and our remaining time will be spent in the field and preparing for our exam. With an emphasis on conservation, I’ve learned all about the different species that surround our little island, and how to determine the overall health of populations of coral, conch, mangroves, and sea grasses nearby.

The best part is that all of this learning is going to good use in the field! For example, one of the projects that I’ve worked on over the past few weeks has been focused on the study of conch, a major export and domestic resource of South Caicos. We’ve gone out to locations both inside and out of the Marine Protected Area just off our dock to measure the amount of conch in both, and the life stages that dominate each area. We have also done sea grass surveys and recorded levels of bleaching found in nearby corals to determine the severity of the event. 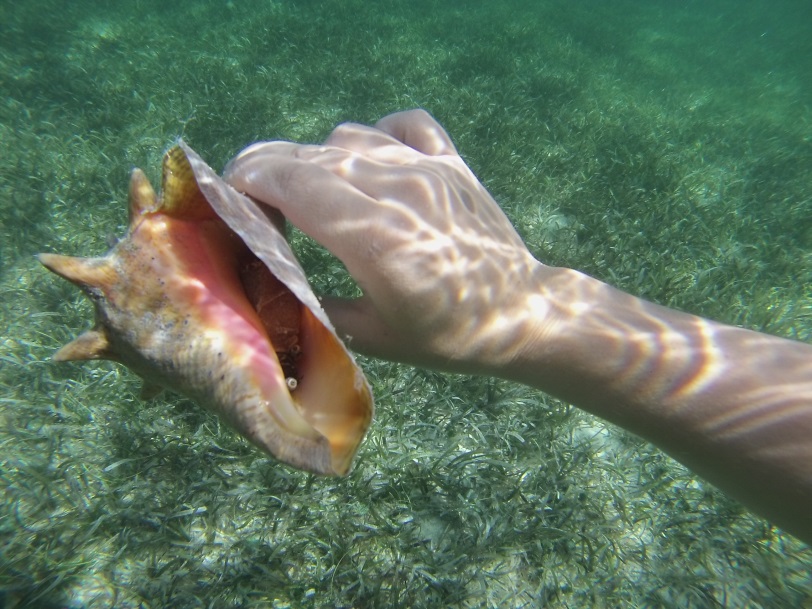 A conch peers out of its shell 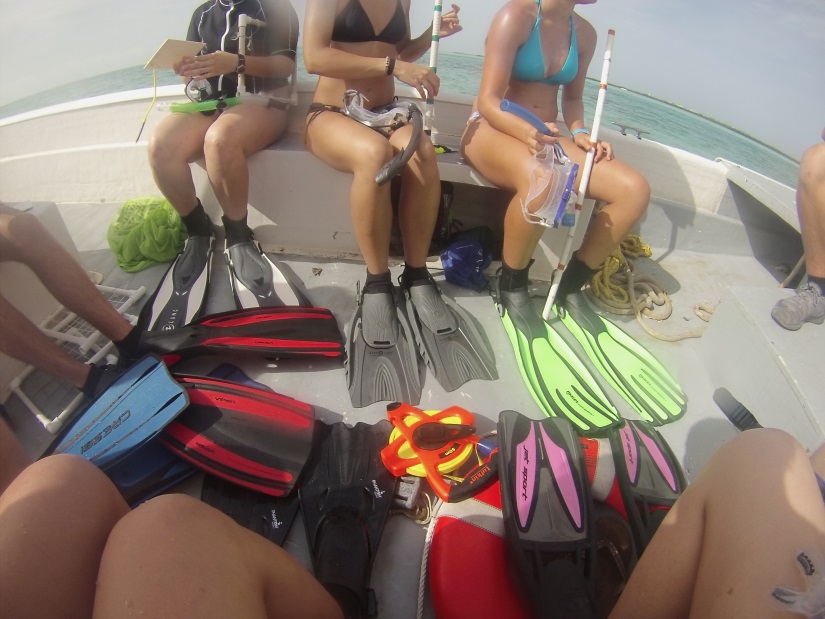 Outside of scheduled program time, I’ve had a whole island to explore and many opportunities to snorkel in some of my favorite spots. I especially enjoyed the night swim during which we did our best to find sleeping turtles to measure. Though my group was unable to catch any, I did get to see an eel, Caribbean squid, and spiny lobsters coming out of their daytime hiding places by the dozen! I’ve also learned that early morning snorkels are the best time to search for elusive fish. During one at Shark Alley, I saw a Caribbean reef shark, and watched as several eagle rays swam below. Since part of our program requires us to keep a field journal, it’s almost been a struggle to keep up with recording all the new observations I make every day. 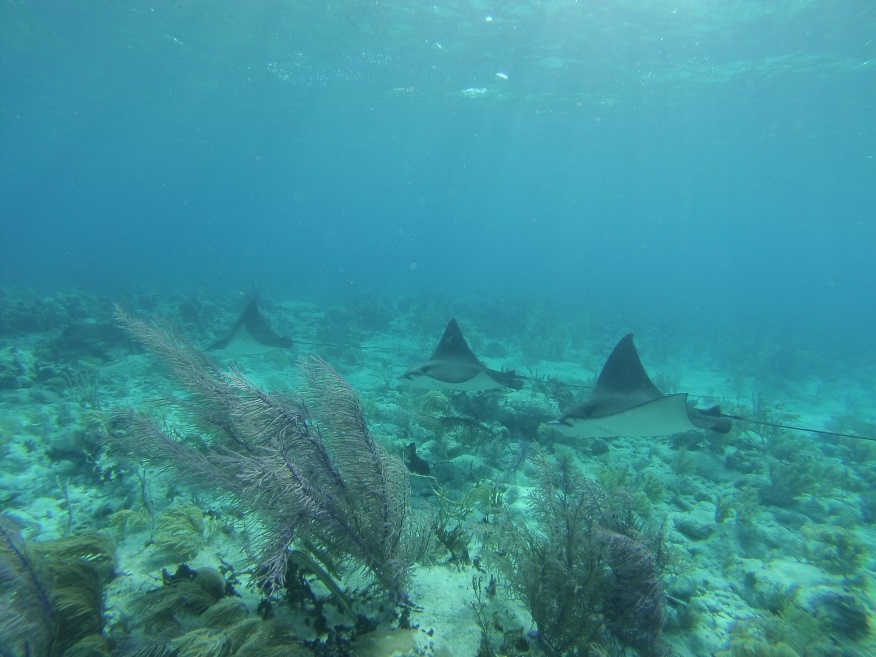 Overall, I’ve become closer to some of the people I’ve met here than I thought would be possible in just a month, and I’ve gotten to apply almost everything I have learned in the field as it’s been taught. Though I’m only here for the first summer session, I know that this experience will stick with me for years to come! 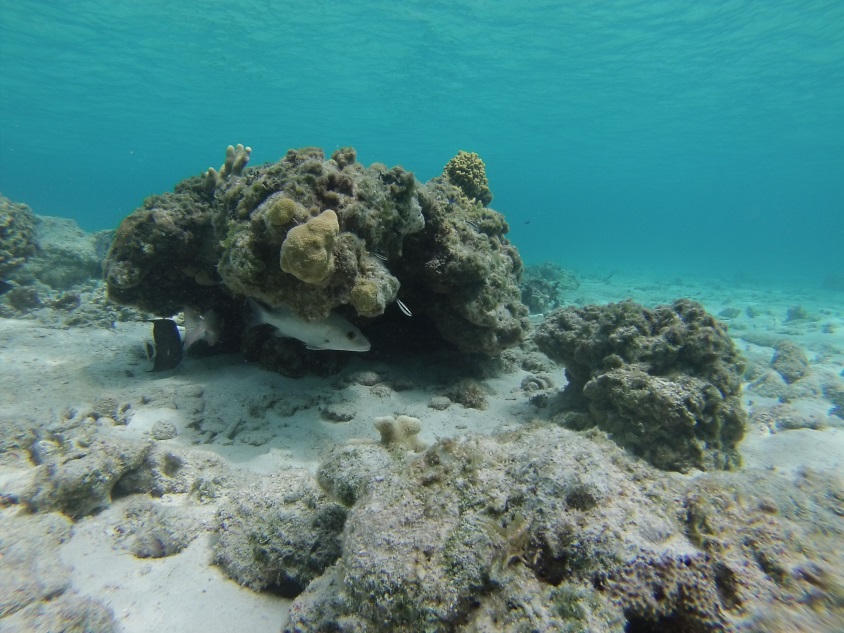 A fish peers out from underneath some coral 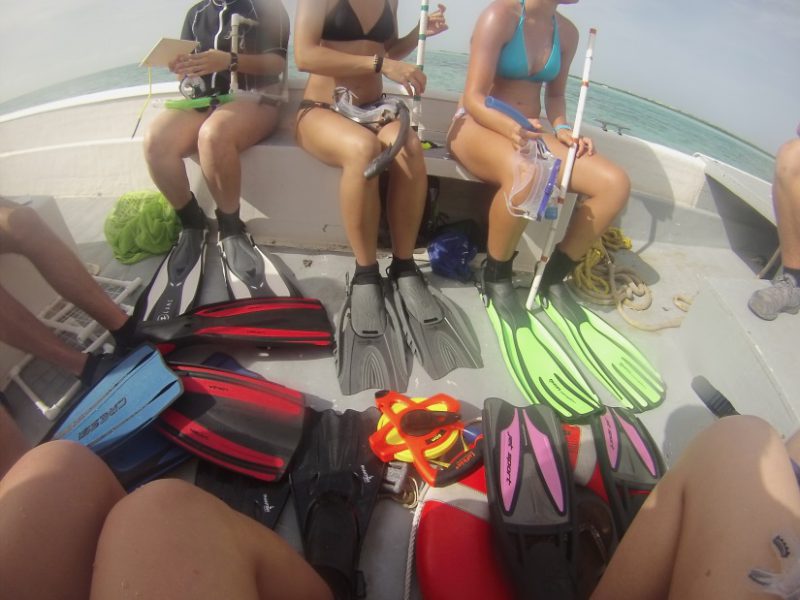 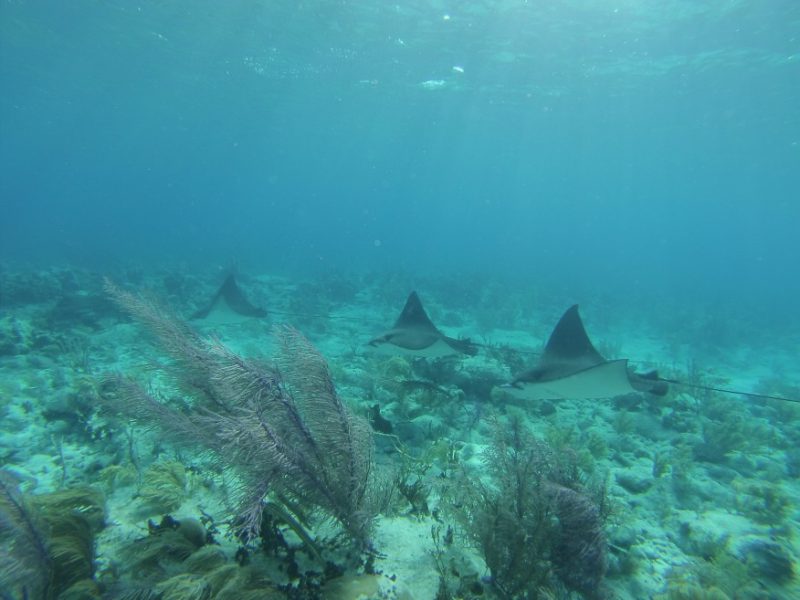 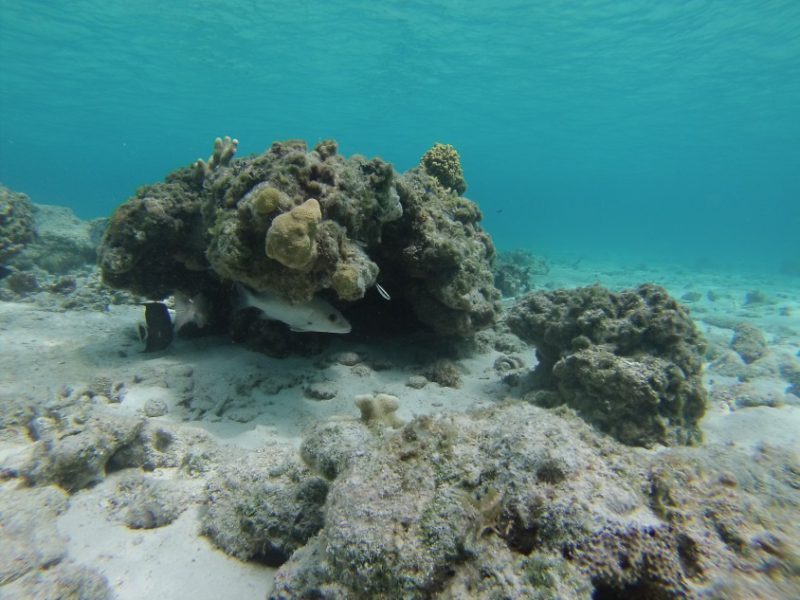 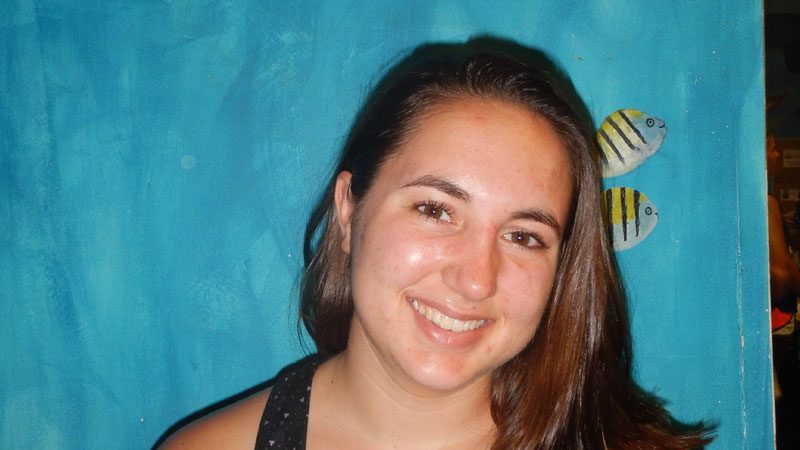