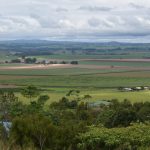 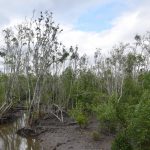 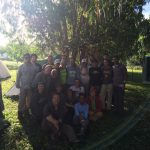 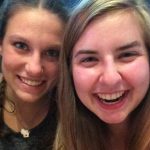 A Forestside Chat with Australia Summer I Students

Australia Summer I students, Taryn Otto and Laura Roberson, sit down to chat about the program over a bowl of cereal. It is a beautiful, rainy, and surprisingly cold day in the Australian rainforest, a perfect setting for this ‘forestside chat.’ Here’s what they had to say:

Laura: One of the goals of this program is for us to compare natural resource management in New Zealand and Australia, and we spent two weeks in New Zealand before coming here. So, first things first: what do you miss most about New Zealand?
Taryn: Honestly, I think I miss being on the move. I love being here and having a home base with drawers to put my clothes in, but it was great to just spend time in the car seeing a lot of the scenery and getting to know people better. Plus, I feel like we saw so many things there and since we have a central location here our activities are more limited. Not in a bad way though, because we are literally living in the rainforest here. Also, New Zealand doesn’t have frogs and toads. [Taryn is deathly afraid of frogs and toads although she is not sure why].

Laura: What’s the best new thing about Australia?
Taryn: I think it’s being in such a different environment. Yeah, they’re both rainforests, but they’re such different countries that the animals, trees, and species are different. I also like that we are all comfortable around each other now, and we seem more relaxed here.

Laura: If you were an Australian animal, what would you be and why?
Taryn: Great question. There are so many good options. You have to be a cassowary, right? Granted, there isn’t a name for cassowaries yet. [At the SFS Center for Rainforest Studies, each animal has a name. All brush turkeys are “Charles”, all bandicoots are “Boris,” all pythons are “Cynthia,” all honeyeaters are “Lou.” There’s been a hot debate about what to name cassowaries]. Cassowaries are really huge, really cool birds. There aren’t many of them left, and I would just love to see how they view humans because they are so sought out to be seen by all visitors.

Laura: We got to see a presentation from Georgie Lloyd, the Center Director of SFS programs in Cambodia. This got me thinking about future travel plans for myself—I would love to explore some of the wildlife areas in Canada. Where is next on your bucket list for environmentally-minded tourism?
Taryn: I had looked into studying abroad for a semester this next year in Norway, but I chose to come on this program instead, which was the best decision I could have made. I just think it would be so cool to go to those countries in Scandinavia to just see some of their different cultures. They have been established for so long compared to what we have seen here. And I would love to see some of their ecosystems and wildlife because it’s literally a different hemisphere.

Laura: I was talking to my sister, and she asked me if I had experienced any culture shock. I don’t think I have experienced culture shock so much as I have experienced “landscape shock” or “climate shock.” What’s the biggest “shock” you have experienced?
Taryn: Can I have two shocks? The biggest shock was how fast all of us got along. For the most part we haven’t had any issues with each other. Being more shy than others, I was worried that this trip would be difficult for me, but everyone made it so easy to be myself and to get along with each other. My second shock would be the incredible food here. Coming into the trip, I had expected to be “roughing it” more than we do. When we got to our first camp in New Zealand, we were told we would have a chef that travels with us. This beautiful woman’s name is Marianne. She has spoiled us all with great food the entire trip and has maybe made some of us gain some weight instead of losing it from all of our activities. She has the best apple crumble I have ever tasted. 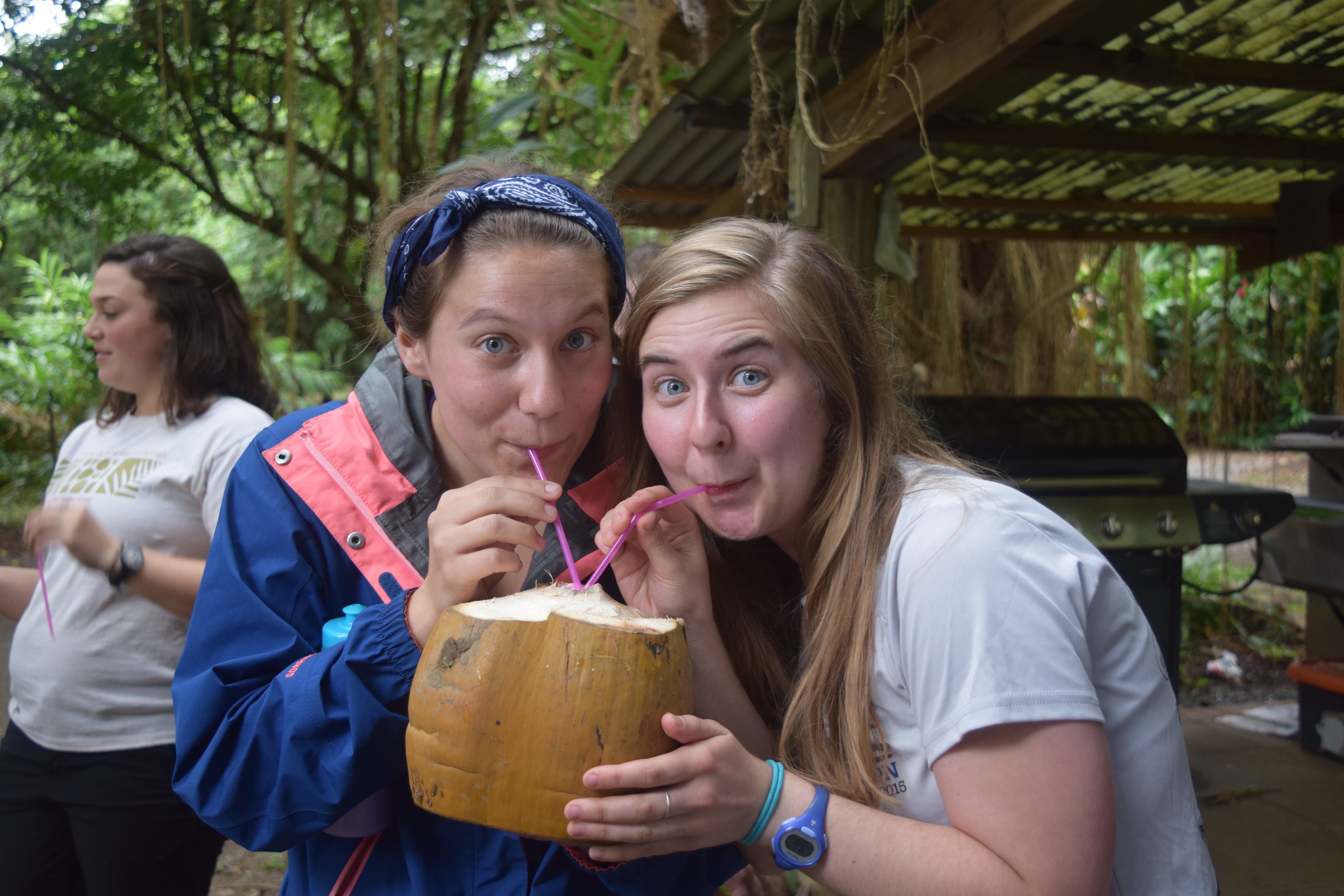 Taryn (left) and Laura (right) enjoy trying coconut water at the Cape Trib Farm’s exotic fruit tasting, one of the excursions in the Daintree Rainforest. Photo courtesy of Laura Roberson

Laura: One of my favorite things about this program is when I see things from my academic setting back home (Go Tar Heels!) come alive in the field. For example, when we were touring the Peterson Creek restoration area, Simon Burchill (a local farmer who is also involved in the Tree Kangaroo and Mammal Group Project) told us that he uses GIS software to look at the progress of the land. As a Geography major, this was really cool for me to see. What’s something that you’ve been able to connect to your studies back home?
Taryn: First off, I’m a Risk Management Insurance major in the business school at the University of Wisconsin-Madison. Badgers are better. So, the first thing that I’ve noticed is the different risk assessments that apply to every project. We’ve even had to go over the SFS personal risk assessments for the different areas we stayed in. Through our research, too – I did research on 1080 pesticide use – I have found so many different areas where risk is associated. Also, Tom and Mahrukh at CUE Haven in New Zealand were great to talk to because they were both accountants and went through the entire schooling process for business. It gives me confidence and hope that I can do something great through business to help the environment.

Laura: This past week, we took a trip to the area around Cairns and the Daintree. One of my favorite stories from this is when we stayed with the Mandingalbay Yidinji people to see their Indigenous Protected Area, and we had to camp inside “The Cage” to protect ourselves from crocodiles. What’s one of your wildest stories from your time in Australia and New Zealand?
Taryn: Oh my gosh. Okay. It wasn’t exactly wild, but it was difficult. On our free weekend in New Zealand, I went to Rangitoto Island, which is an island essentially made of recent volcanic rock. I took one of their difficult trails with a few other students, and the entire trail was lava rocks; we could barely distinguish between trail and not trail. It took us about an hour to get from the start of the trail to the coast, where we saw a bunch of shipwrecks, which was eerie in its own way. It was definitely the hardest hike I had done on the trip. Plus, it didn’t help that the students I was with were in much better shape than I. 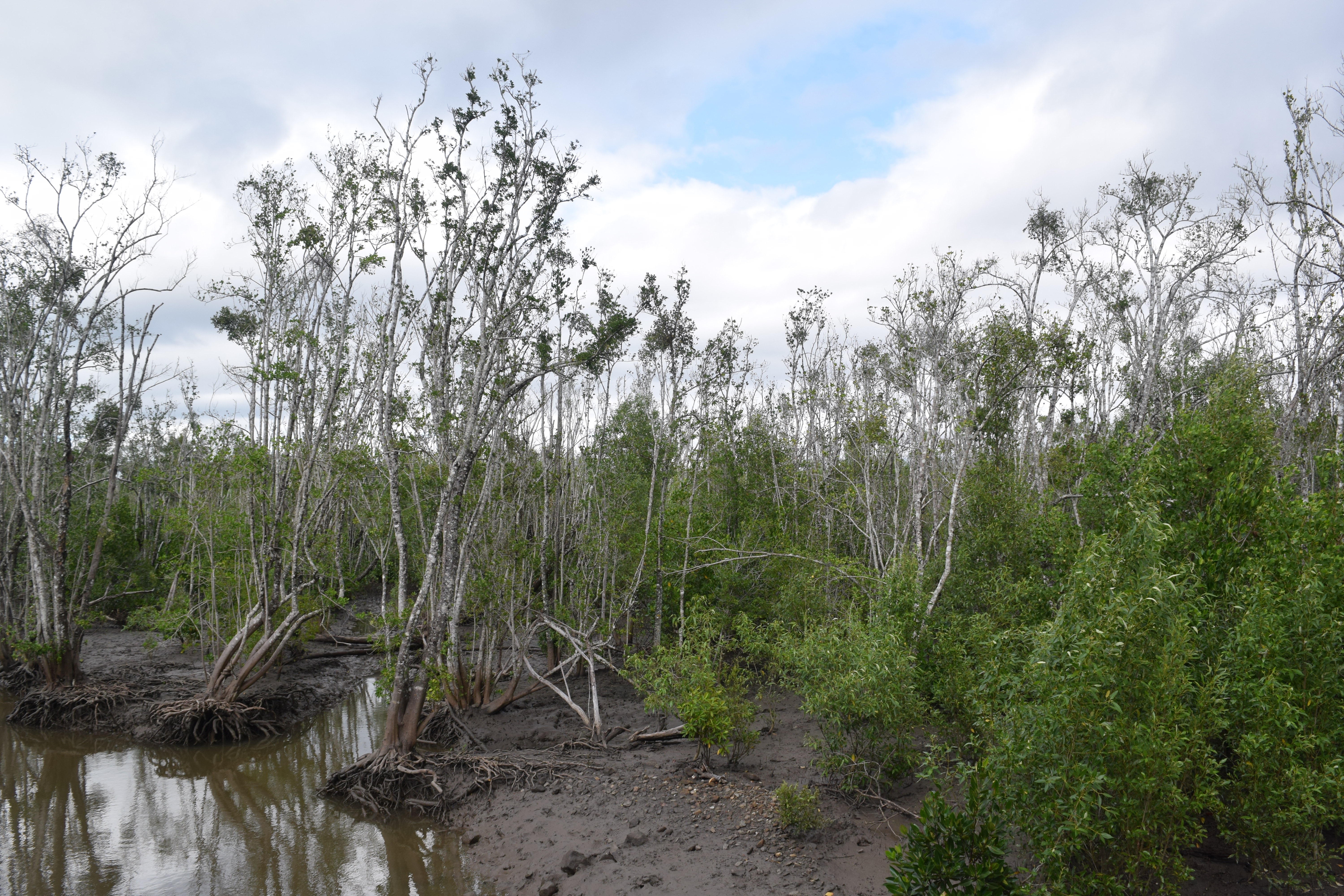 Mandingalbay Yidinji Country, home of some of the most enthusiastic and dedicated mosquitoes we have ever encountered. Photo by Laura Roberson

Laura: What’s been the best surprise about group living? For me, it’s that if you forget anything while traveling, there are 22 other people who might have it. Not that I would EVER lose anything…
Taryn: The best part has definitely been sharing in excitement when you have cleaner and better facilities. Not that any of the places we have stayed were unclean or bad in any way, but I have never shared so many excited laughs with people about getting to take a shower. Whether it was about how large the shower was [for large showers, we recommend Cairns Holiday Park camping grounds], or the water pressure [for water pressure, we recommend CUE Haven and Mataia Homestead] or having a towel that’s dry when you get out of the shower [for dry towels, we recommend getting a flight canceled at the last minute and having Qantas pay for a day at an airport hotel].

Laura: What are you going to miss most about Australia?
Taryn: I’m gonna miss the people. Not that I won’t miss the land, the rainforest, the beautiful views, and this trip in general, but we have literally spent every single day together for this entire trip. There’s jokes, laughs, and sayings that we only share with each other, and it will be difficult to adjust back to not having the comfort that I have found with my fellow classmates here. It’s a little sad because we are all from so many different places and so far away that I may never see some of these people again. But there are no other people that I would have wanted to be “uncomfortable” with! 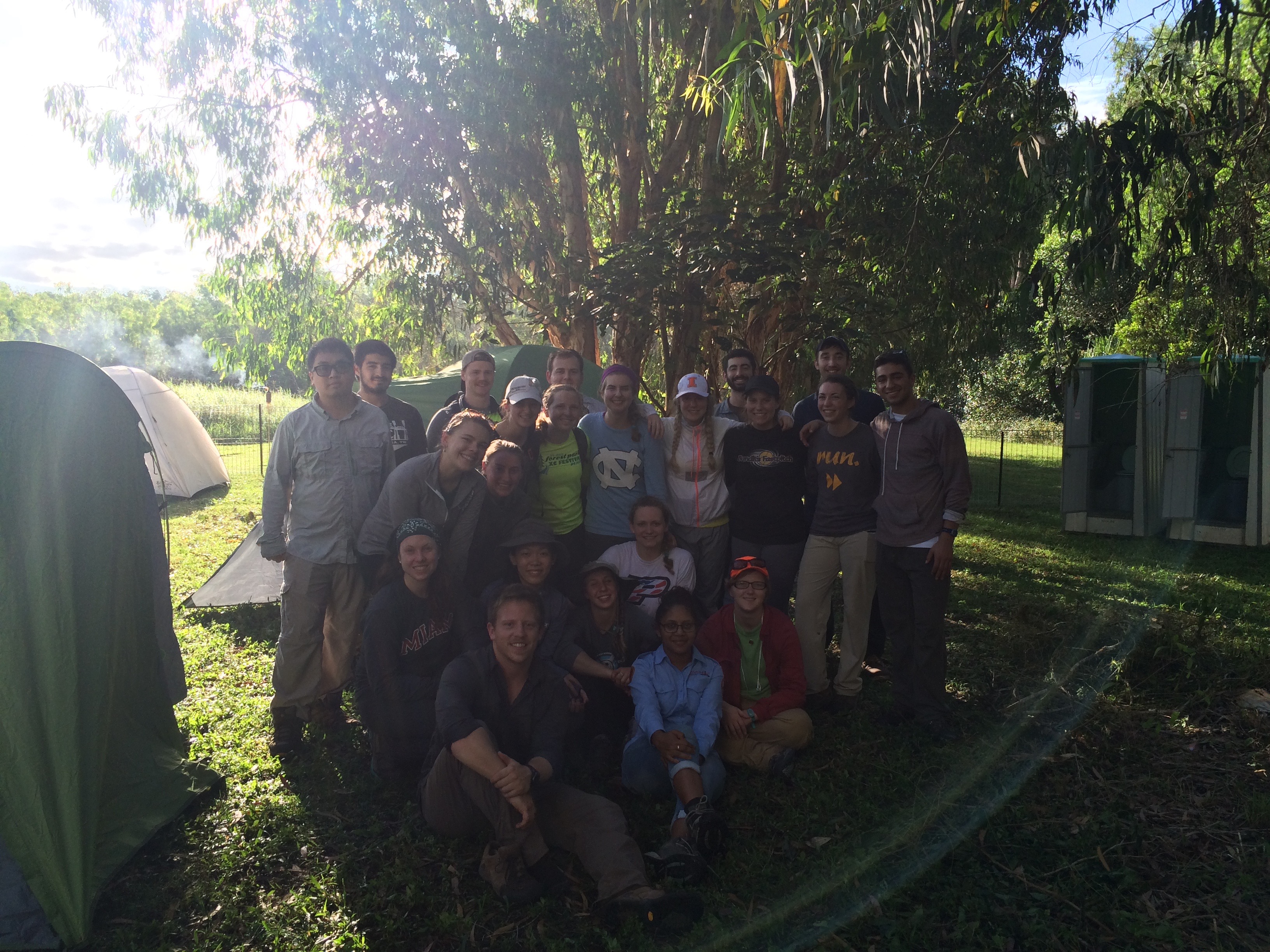 Camping in “The Cage” in Mandingalbay Yidinji Country. Photo courtesy of Laura Roberson 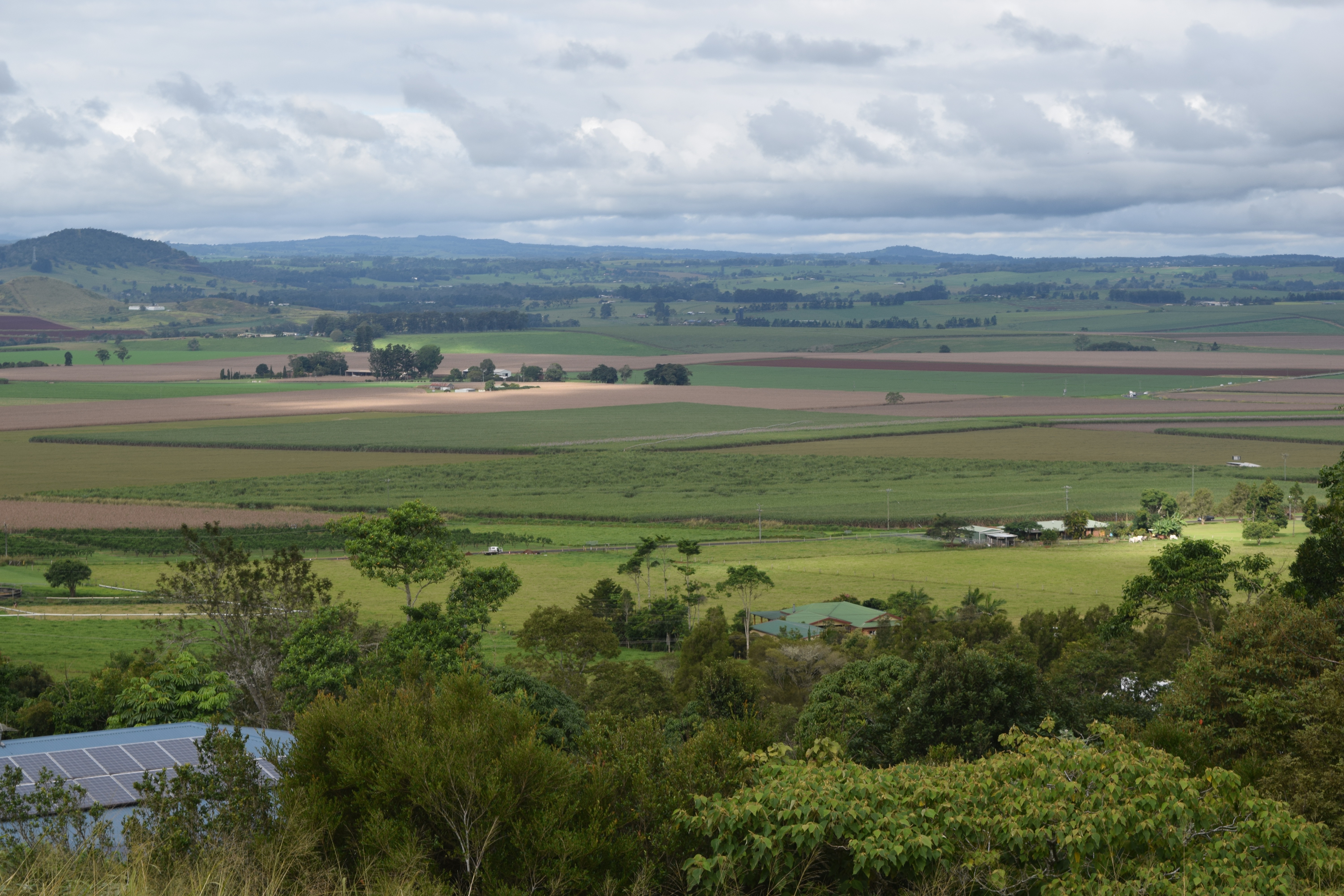 The Atherton Tablelands as seen from Halloran’s Hill, where class was held outside one day. Photo by Laura Roberson 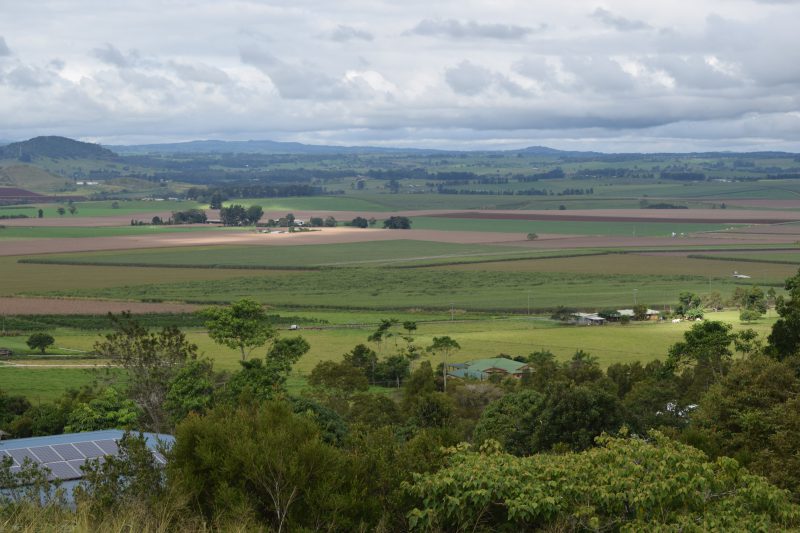 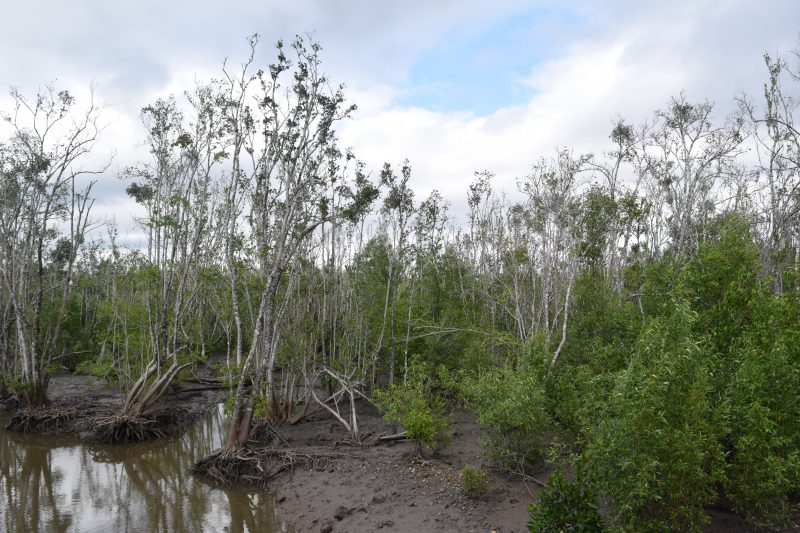 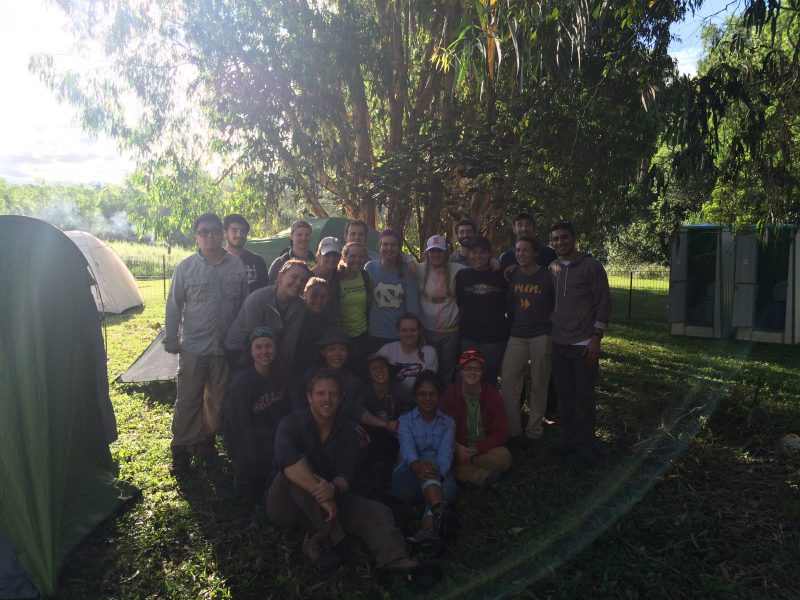 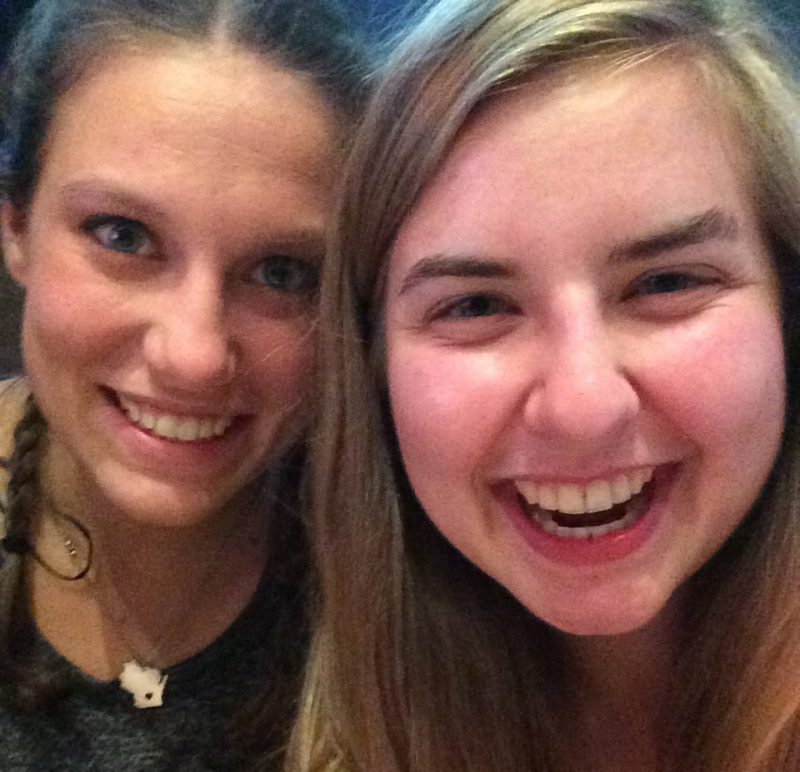