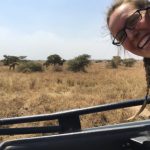 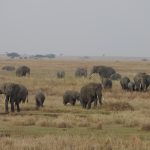 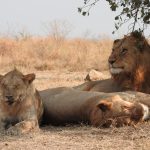 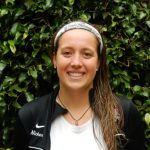 Dr. Seuss puts it the best way: “Sometimes you never realize the value of a moment until it becomes a memory”. As we start to unwind from Summer Session II here in Tanzania, I reflect back on this opportunity of a lifetime, being able to stay here in Tanzania and go on game drives in national parks such as Lake Manyara, Tarangire and Serengeti. I’m also grateful for the opportunities to get so many hands-on experiences while learning about wildlife management. I’m living out a dream of mine—to be pushed out of my comfort zone and live among the wildlife in Africa. Of course, my experiences and the memories I have made would not be complete without the people I have met here at Moyo Hill. Like many people experiencing something totally new, I came in with insecurities. I wondered if I would get along with the group or if I was ready to be on a whole different continent with minimum communication back home. However, reflecting back on not just these past couple days but also the whole experience since arriving in Arusha, I would not want to spend my summer any other way. 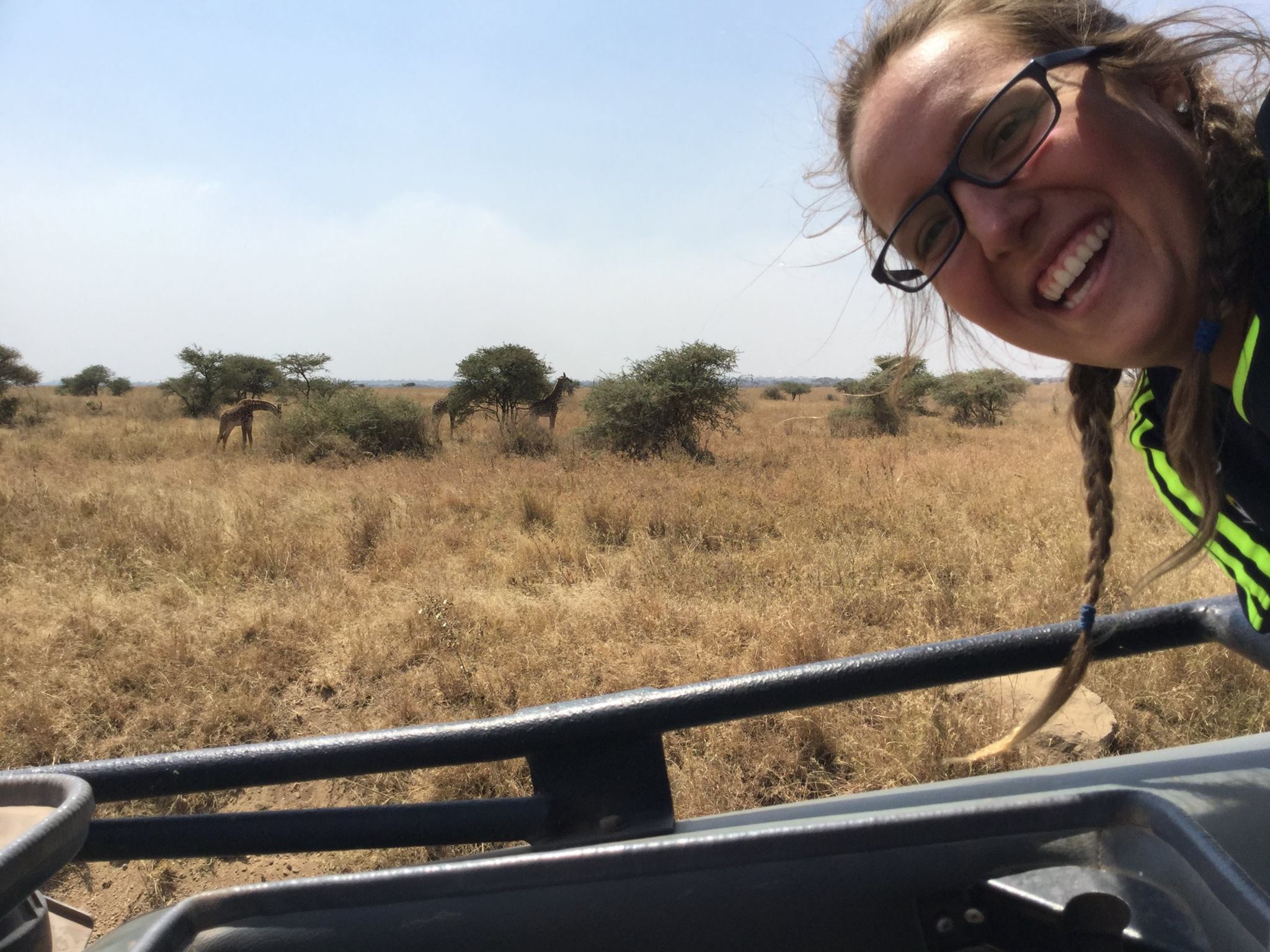 We recently came back from a four-day excursion to Serengeti National Park. We left on July 31st and our first destination was the Ngorongoro Crater, where we stopped at the top of the crater to look at the breathtaking view. As we all piled back into the Land Cruisers and rumbled down the crater we were lucky enough to see two rhinos in the distance. We realized this was an opportunity many people might never get to experience in their lifetimes because of the declines in rhino populations. For many of us, it was our first time seeing African animals other than gazelles, impala and other smaller African mammals; and soon thereafter we came across lions! We tried to contain our excitement while observing and snapping pictures of these big cats in their natural habitat. Seeing the magnificent lions is still by far one of the greatest memories I have made here, and I will never forget it.

Soon enough we were saying goodbye to Ngorongoro Crater and traveling once again to Serengeti. When we arrived at the Serengeti National Park entrance gate, tourists’ cars were parked on both sides of the roads and people were bustling around. As we began to head off into a spectacular sunset I knew that coming to Tanzania was the right choice. Arriving at our site, we all quickly placed our stuff into tents and got ready for dinner, eager to be well-rested for the exciting days ahead. 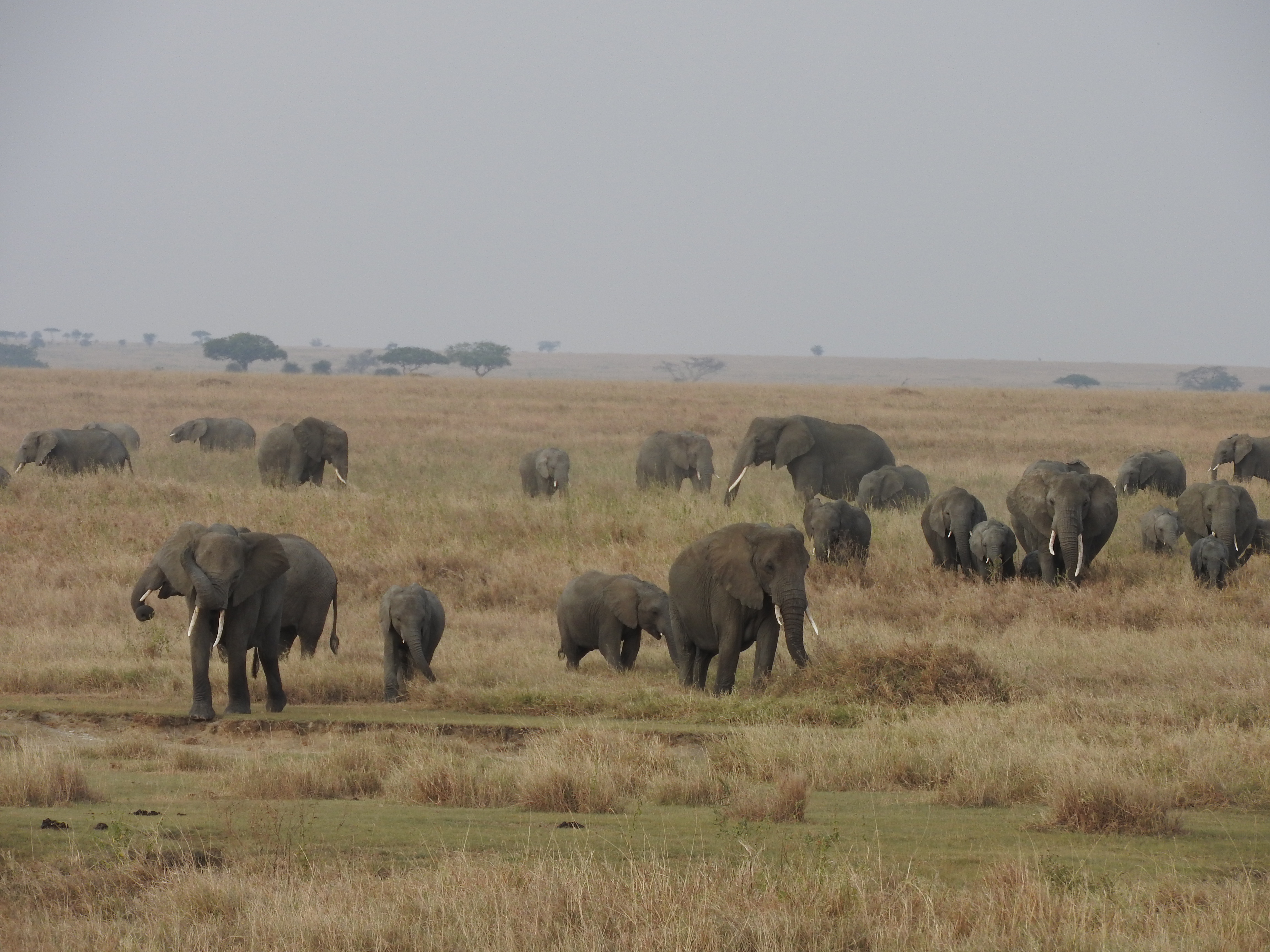 August 1st was our first full day in Serengeti National Park. After waking up to the clanging of pots and pans, we ate, packed the cars and started our two assignments. For the first assignment we observed impala and Thompson’s gazelle. When we found either one of these species we would observe them for two minutes and take notes on their behavior. It was clear that both species were more interested in grazing than any other behavior. The second exercise we did was interesting as well—observing the behavior of tourists. To do so, we would count the number of cars near a particular species of animal. It was clear that the bigger animals were more popular tourist attractions, whether it was a lion eating a hippo while other hippos observed, or a leopard or cheetah taking a quick nap after a filling meal. That afternoon we listened to Professor Kiffner’s final lecture of the summer, about the history of Serengeti and the many research projects taking place in the park. We also journeyed to the visitor center, where I discovered my new favorite animal, the hyrax. It looks like a cross between a teddy bear and a hamster, but is actually a close relative of the elephant. Back at our campsite that evening, we got to experience the gorgeous sights of the sun setting behind the hills followed by shooting stars at night. 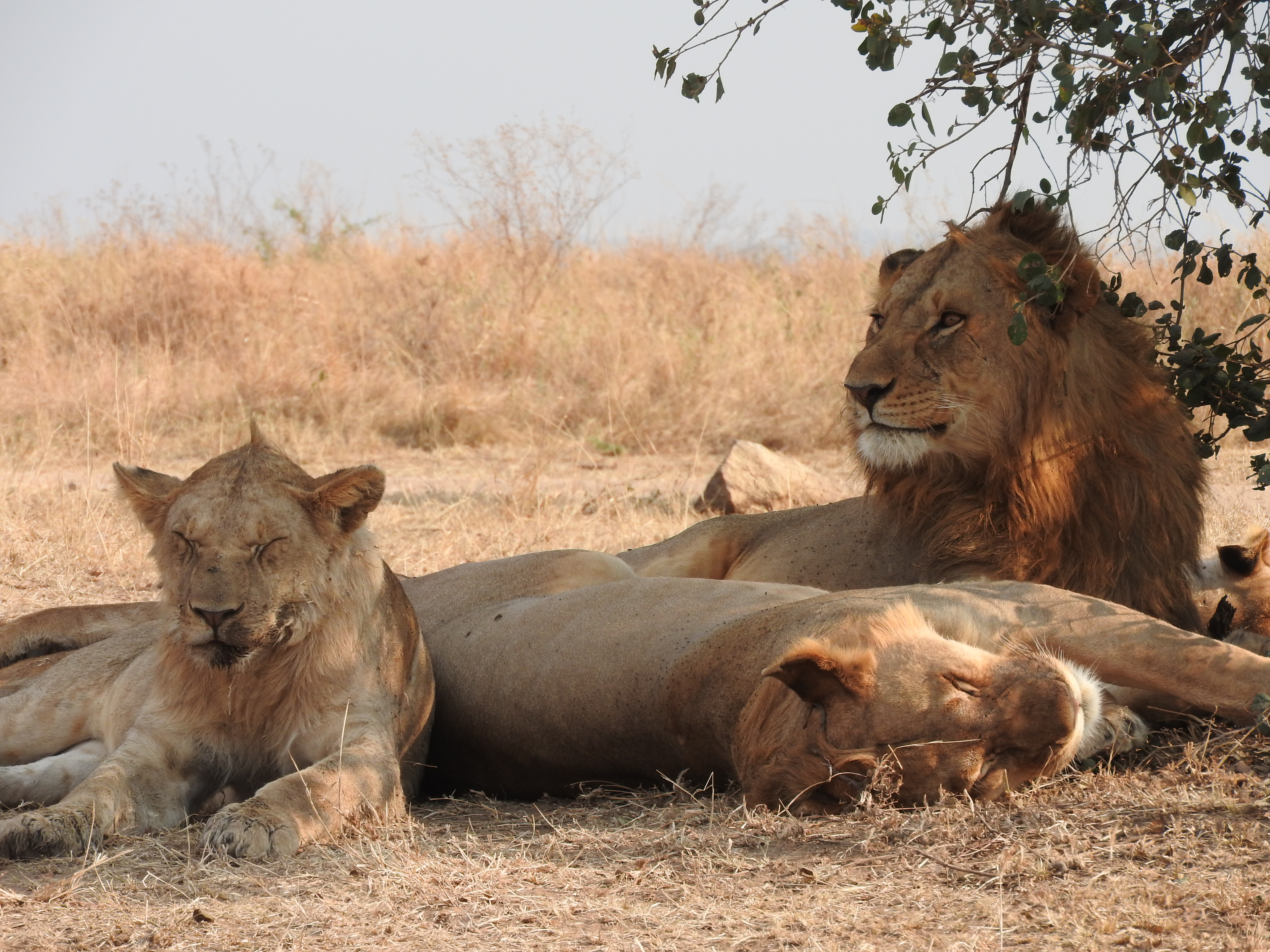 Our second full day in the Serengeti was by far my favorite. We saw a lot of leopards—one crossed in front of our car and another was hanging out in a tree. We also saw the mating dance of a male and female ostrich. Next, we returned back to the hippo pool where on the previous day, lions had been chowing down on a dead hippo. By now, the remains were surrounded by hyenas, the scavengers of Africa. They struggled to drag the carcass out of the water and the crowd of tourists was enthralled by all the action. Our group then stopped by another hippo pond where we were startled by a large hippo that decided to charge up onto the land. The attack was a scary moment for sure, but it has become a great memory that will stick in my mind forever. The day was broken up with a visit to the Serena Lodge where many of the students got to cool off in a pool and eat a buffet lunch. The eventful day was not over yet, though. In the evening our Land Cruiser came across a standoff between a female lion and a hippo and clearly neither was happy with the other’s presence or with the people observing. Later on, we also ran into two very cute baby hyenas on the way back to camp. I think that despite their less than favorable reputation, they can be some of the most adorable creatures. 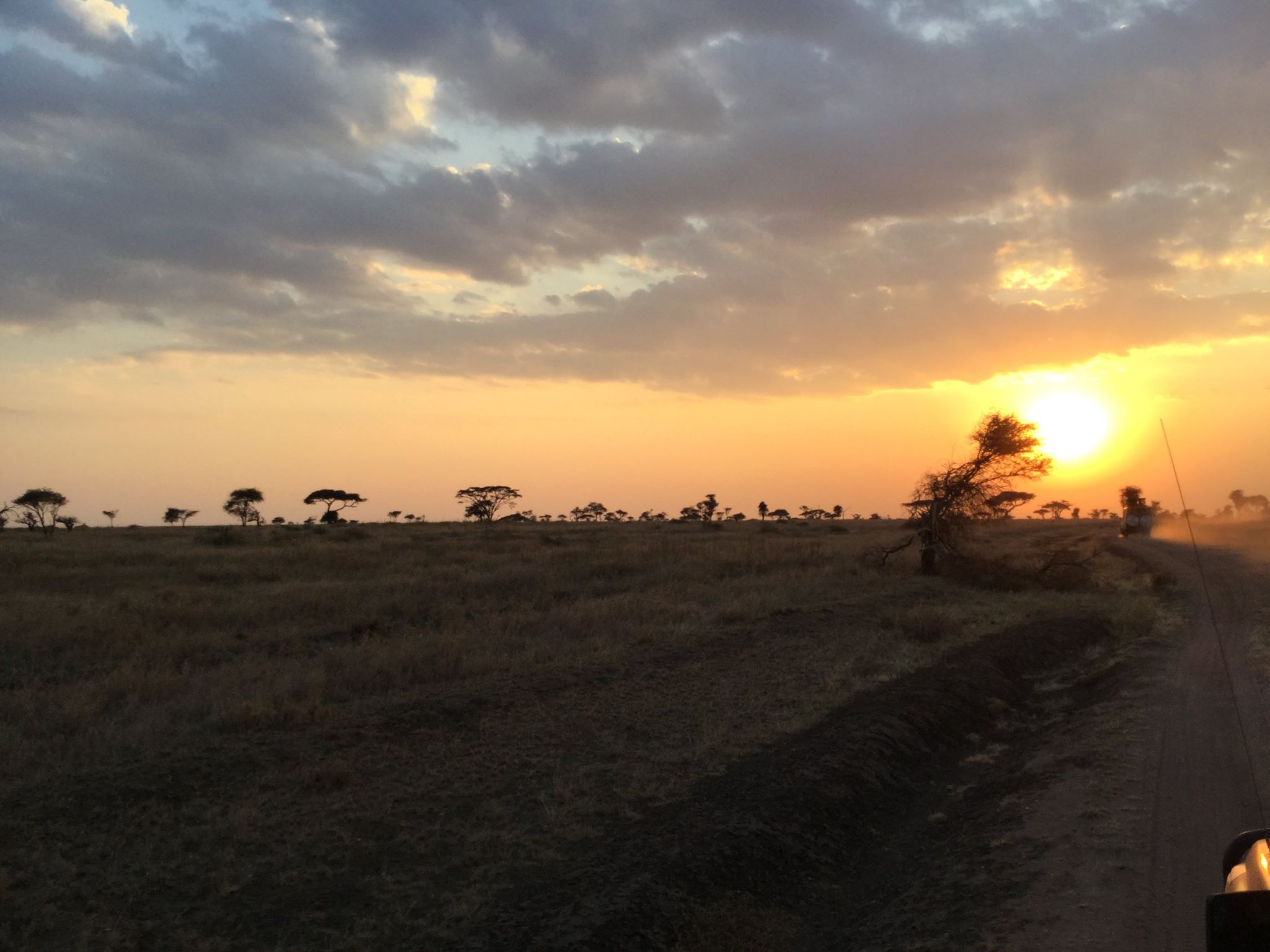 Our final day at the Serengeti consisted of a quick game drive before we were off to Olduvai Gorge, which has a rich history of the first signs of human life, including footprints believed to be created by ancestors of humans. There was an overlook from which we could see the Gorge that was very steep and intimidating when standing near the edge. It was beautiful.

These past few days have really made an already unbelievable and memorable summer even more so. From this experience I have gotten to know some of the most loving, caring, funny and kind people I have met. I have made friendships that I would never have made if I had not come to Tanzania, and overall this has been an opportunity of a lifetime. 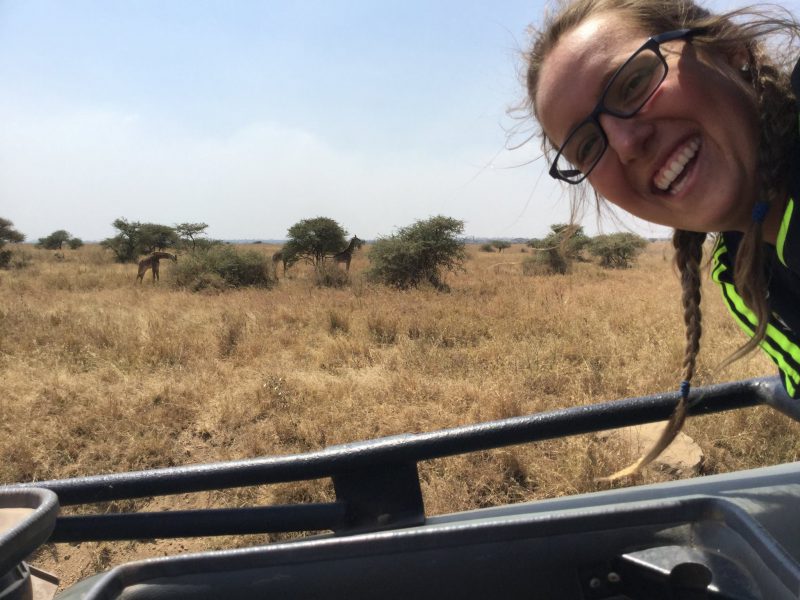 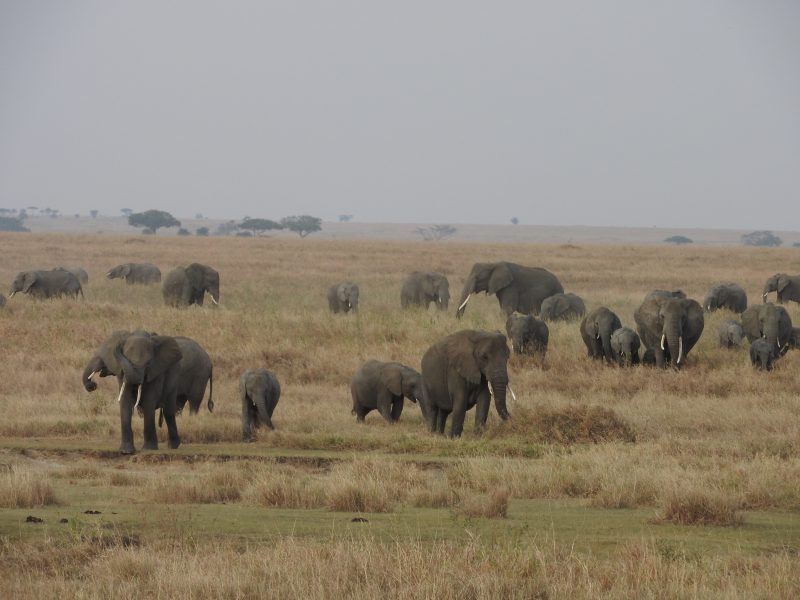 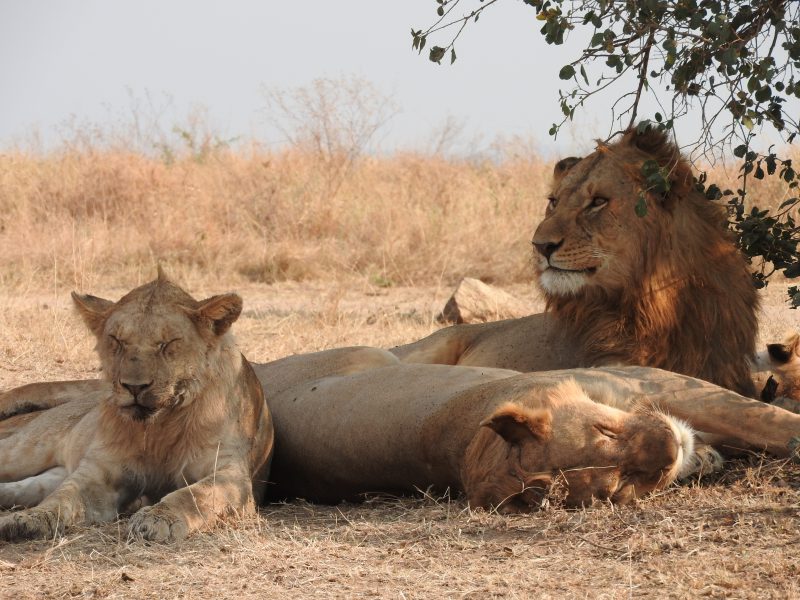 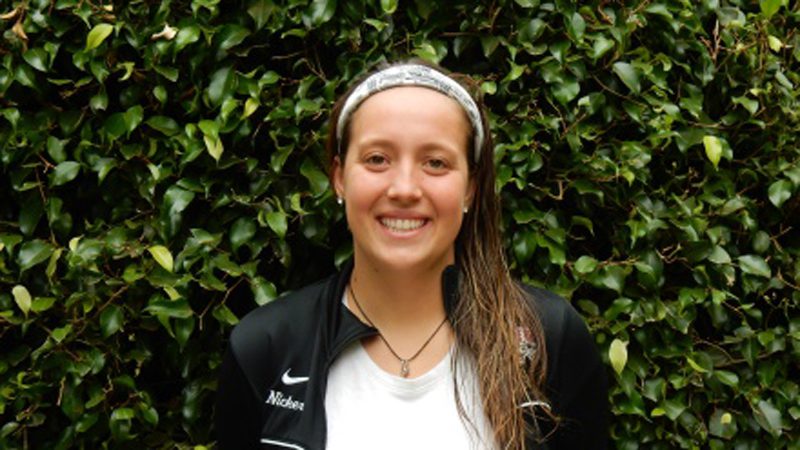