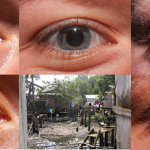 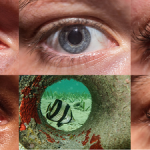 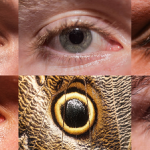 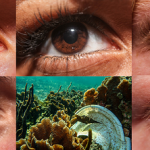 Group photo with the authors’ eyes

We use our eyes as a way of interpreting the world around us. What we see plays into our expectations, and our reality. In a way, for us—the SFS Panama students—our decision to study abroad here was largely based on what we expected to see. After more than two months of living and learning in this program, the two of us were curious about what people had taken away from what they’ve seen so far. We’ve visited remote Ngöbe communities to learn about their ways of life, we’ve crawled through the rainforest in pursuit of frogs and dived down into the reefs to survey corals, but what have we taken away from our experiences and how will it change us? So, to answer this, we decided to interview our classmates and see what everyone had to say.

In so many ways it is the relativity of our experiences here that has struck us. With all that we’ve seen and learned we are continuously encountering new perspectives—from the diverse backgrounds of our classmates and staff, to the remarkable spectrum of people we have met. Through it all, we’ve been alerted to our own perceptions too—and hopefully allowed them to change and grow along the way. When we decided to do a bit of digging on our classmates’ own perceptions I think we were both surprised by the responses we found. A singular experience has elicited the myriad reactions assembled here. Despite our multitude of perceptions—or perhaps because of our multitude of perceptions—we’ve been able to undergo that growth as one whirlwind of a crazy, irreplaceable family.

How have you changed as a person since coming to Panama?

“I’m much more interested in the impacts that the environment has on different social groups and how that’s going to change in the future, and ways to mitigate that inequality.”

“I’m a lot more open-minded I guess, with just thinking about the world differently, and I really want to travel now, and go meet new people and learn new things.”

“I know for sure that I want to work outdoors, I want to be outside. This has solidified the feeling that I’m on the right career path.“

“It’s maybe not quite a 180 twist, but major parts of my life have changed, like how I view things and how I’m going to live my life.”

What is the most beautiful thing you seen since coming to Panama?

“Honestly, one of the most beautiful things I’ve seen was a morning. One of the few mornings I’ve gone running, the sun was rising, and the clouds were actually dispersed pretty well, and so there was just this absolutely gorgeous sunrise.”

“Zapatillas, that beach though. Also, the Golden Orb Weavers, I think are really pretty with their patterns on their back.”

“I think it’s just beautiful how happy everyone is here, and how welcoming. Everyone wants to be your friend, and they’re not just saying that to be nice, they’ll say “Oh give your number, and I’ll text you,” and they’ll actually text you even though you just met them for dinner. I think that’s a beautiful thing that people are so open.“

“The most beautiful thing I’ve seen is going into communities where poverty is rampant, and widespread, and seeing the hope and joy in people’s faces. Being able to connect on a personal level with people so different from myself, and coming to terms with that with their situation, and realizing that I come from a very privileged community. Just understanding that life is so much more than the little sphere that I live in.“

“The most inspiring thing I’ve witnessed and been a part of in Bocas, has to be giving swim lessons to the girls from Drago. Just watching them grow over the month, month and a half, was fantastic. Not only in swimming skills, but confidence in the water, and confidence around us as instructors. It was fantastic to know that I could give that skill to them and help them develop as young ladies.”

“Ok so even though this moment is not necessarily Panama specific…when we were all just dancing in the classroom, that was just such a great moment, and then Cinda came out, and I was just so happy. It was one of those moments where I’m just like, oh my god, we’re all friends, this is awesome. I just felt so connected to these people, and so lucky to be here, and you know, blah blah blah.”

False eyespot of the Great Owl butterfly with students’ eyes

What is the most striking/powerful thing you seen since coming to Panama?

“Well, something that was striking that I found recently, was that in the middle of Bocas town, with all its tourism, there’s La Solución [an impoverished Ngöbe community]. I did not realize it was there. And when people were mentioning that community I didn’t realize what it was exactly. So that’s pretty insane. A very striking difference of popular, tourist-heavy area right next to a community of people living with the absolute minimum.”

“The most powerful thing I’ve seen in my time here in Panama was probably during community engagement, seeing how excited the kids were to actually learn about nature, and the first day that we went in and we brought all the examples of the pamphlets, and they were reading them, and trying to figure out what was what, even though it wasn’t in their language, and it was just cool to see them so interested.”

“The most powerful thing that I have seen on this trip has been how willing community members are to get together to work on fixing a problem. In Bocas specifically, you can see how people really do care about the environment, and they want to clean up the trash, and they want to save the marine ecosystems, and a lot of people are getting together and working together to educate everyone in the community, so that they can try to better it, and protect it. Everyone is finally starting to understanding that the ocean is a finite resource, and that we are wasting it, and so I find it really powerful that people are willing to get together and work hard to save it, and to take care of it, so that everyone can use it, now and in the future.“

Plastic plate wedged in a coral reef with students’ eyes