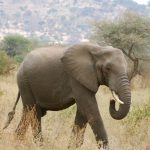 The Elephant Experience in Tanzania

The elephant – the largest terrestrial mammal in the world – is highly fascinating. The name comes from Greek word elephas (“ivory”) which refers to the elephant’s tusks. Tusks are actually enlarged incisor teeth and grow throughout the life of an elephant, about 7 inches a year. The elephant’s vastly complex trunk is formed from a fusion of the nose and upper lip, and has 40,000 muscles; our hands only have 639 muscles!

The SFS Center in Tanzania gives students a once in a lifetime opportunity to experience elephants. Tarangire National Park (pronounced “Taran-geery” and named after the Tarangire River which cuts across the park) was the focus of our recent five day excursion. The park is the sixth largest park in Tanzania at about 1,100 square miles, and is the country’s most popular destination for elephant lovers. 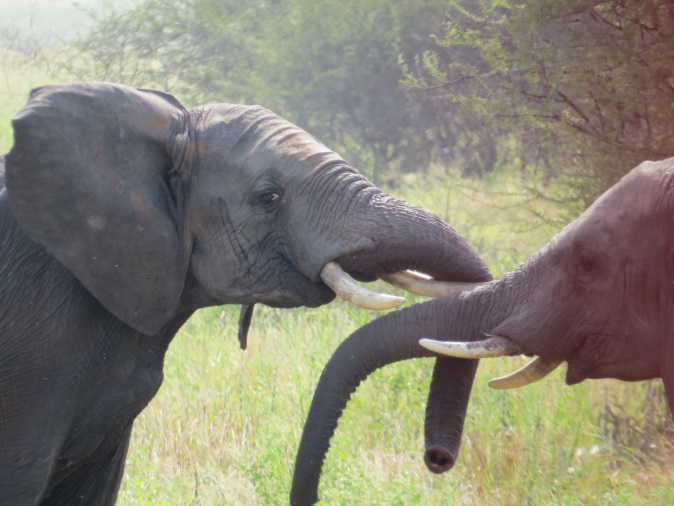 On the way to Tarangire, we observed several decaying carcasses along the road. The recent drought had been so severe that dozens of Maasai cattle had died, reminding us of the realities of global climatic changes. As we reached the entrance to the park, we were awed by Baobab trees, the biggest and oldest living tree in Africa. They are only rivaled by their mammalian counterparts, the elephants.

After passing through the entrance we kept on with our search for the elephants, which had moved further south. The park’s elephant population is now over 3,000, a testimony to the fact that the population has been spared from heavy poaching.

Studying or just watching an elephant is a most rewarding experience, for they are similar to humans in many ways. One of our aims was to find out how the elephants were coping with the drought; a gland between the ear and eye (temporal gland) will shed a pungent liquid when the elephant is stressed or excited, and we used this as drought stress indicator. We also assessed the elephants’ body condition. To our surprise even after such a severe drought, and all the cattle dying outside park, the elephants looked very health, showing the true resilience of nature if left alone.

Now, the rains are back and the cycle of nature is repeating itself. 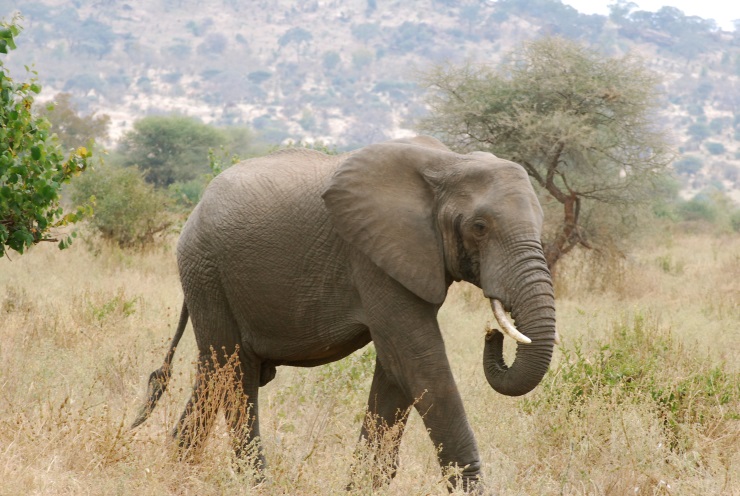