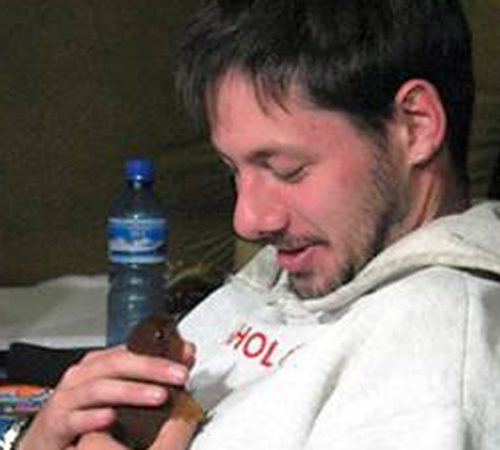 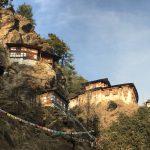 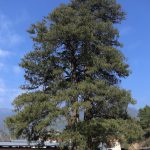 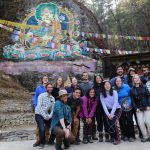 One striking phenomenon in Bhutan is the melding of culture with nature. The Buddhist values that shape everyday life here, particularly non-violence towards animals and taking from the forest only what is needed, have resulted in a landscape where people and wildlife often thrive side by side.

Great examples of culture and wildlife can be found at many of Bhutan’s great monasteries. Near monasteries, the surrounding areas are often sacred, resulting in preserved forests full of wildlife. Monks at some monasteries habitually share leftover food with local animals, which become approachable and often tame. 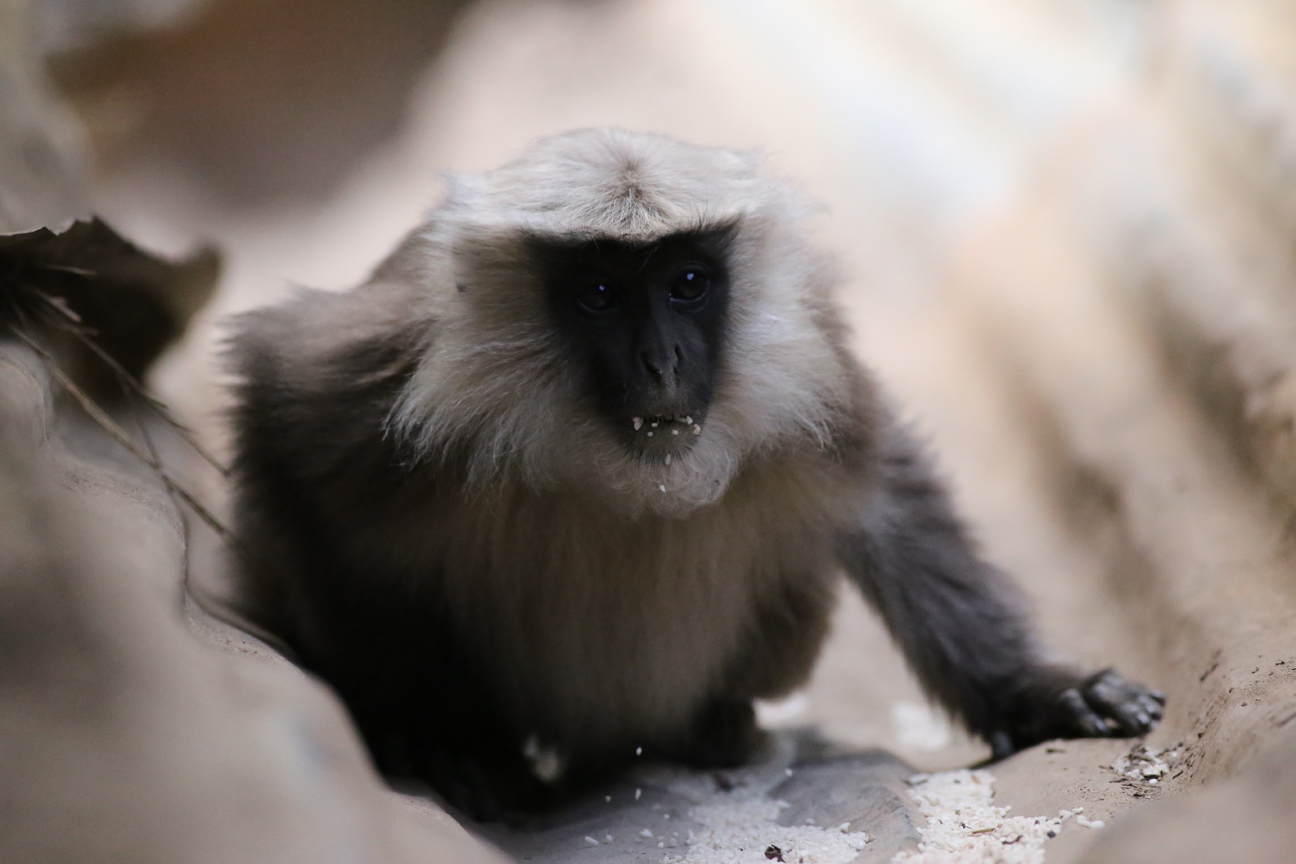 Gray langurs are common monkeys in the broadleaved forests of western Bhutan, and often become habituated to people. All photos courtesy of Pete Hosner

We visited the Tango Monastery, just a short trip up the valley from Thimphu. On the way, we visited the largest known Bhutan cypress tree in the country, as well as an exquisite rock painting of the Guru Rinpoche, who is revered for bringing Buddhist teachings to Bhutan. 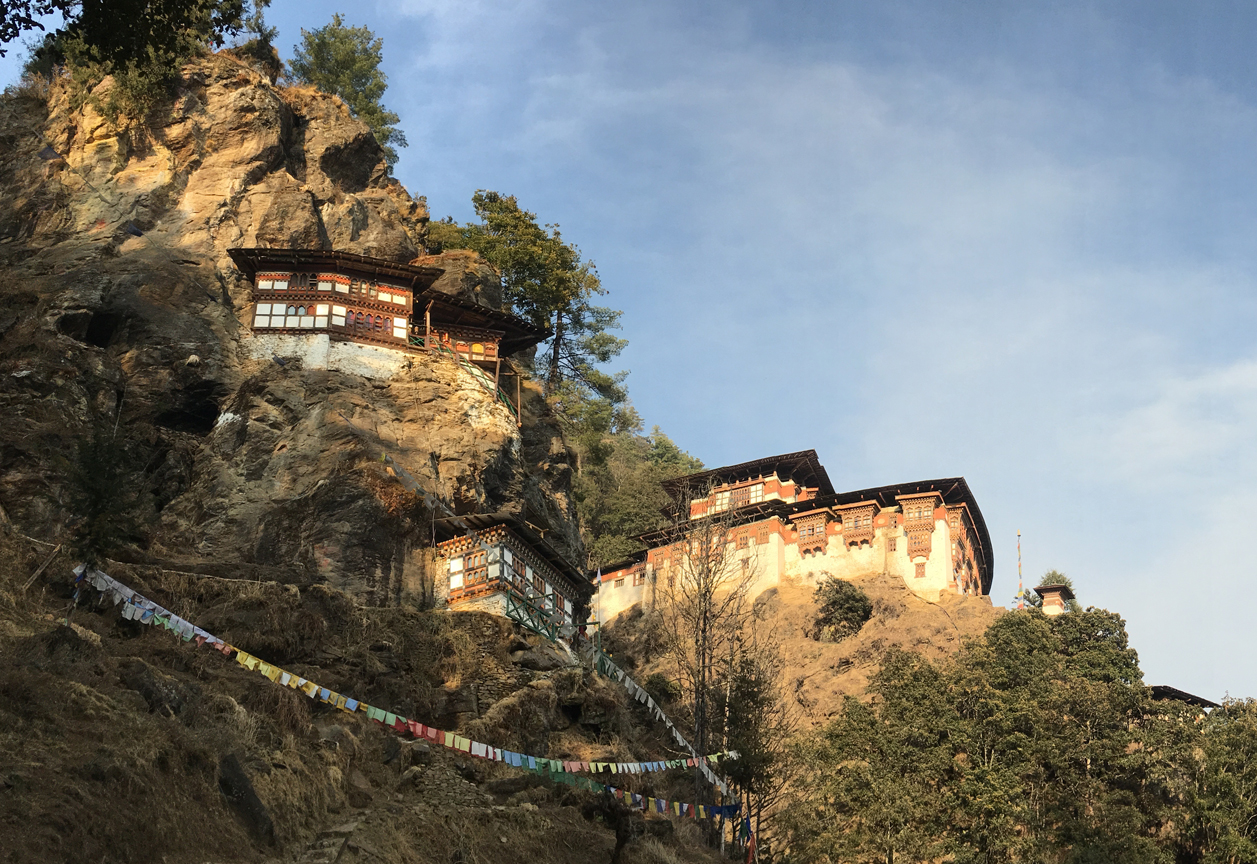 The Tango Monastery, which has stood on these cliffs for over 500 years

The largest known Bhutan cypress tree, with fifteen SFS students at its base for scale 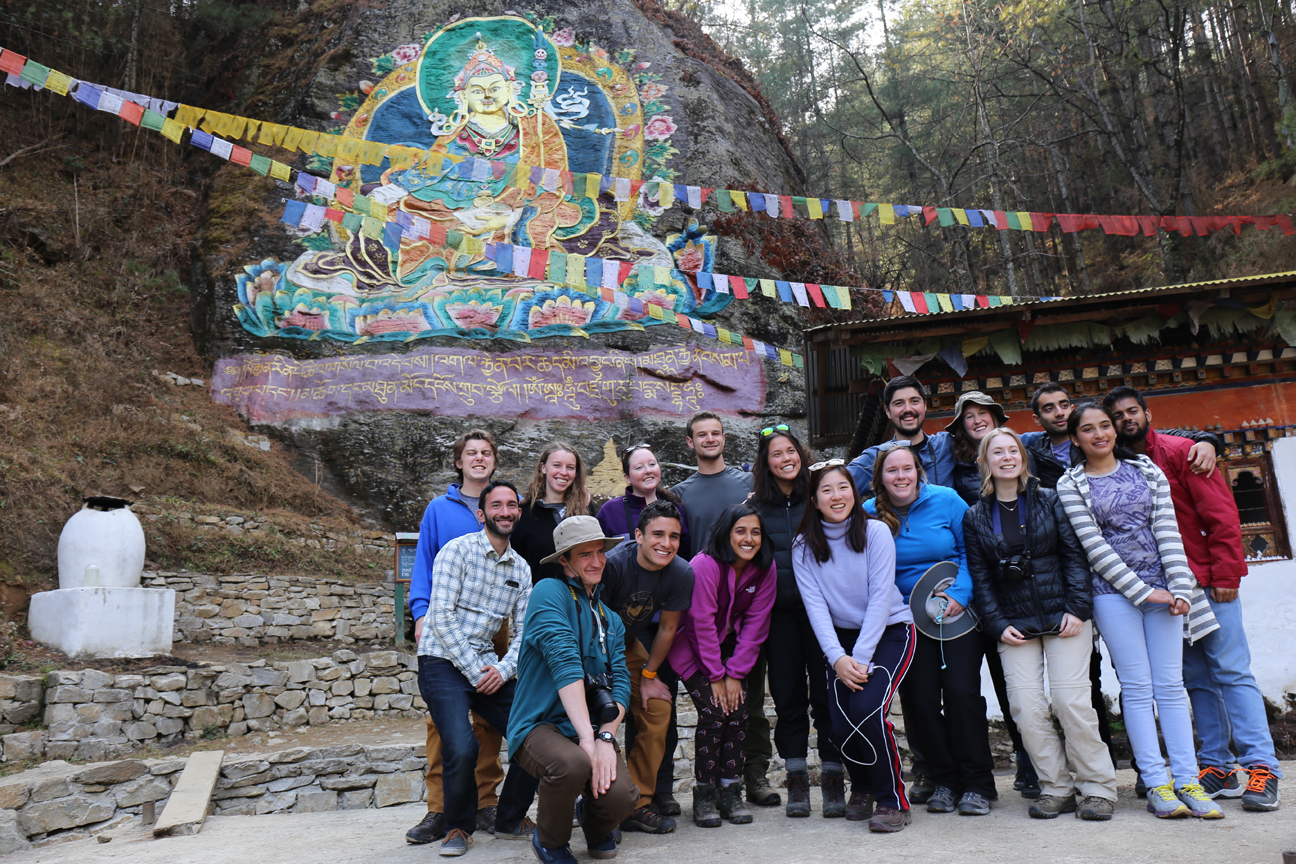 Our current class posing in front of the Guru Rinpoche

From the trailhead, a path winds up through relict oak/rhododendron forest up to the monastery, which is perched on cliffs overlooking the valley. We arrived in the late afternoon, just as some leftovers were placed outside and then decimated by temple-regular monkeys, wild goats, and birds; all of whom were not preoccupied with the presence of a college class. Following a visit to the temple where we examined artwork, gave offerings, meditated, and prayed; we headed down the trail as the sun set. In my mind, experiencing a rich mix of culture, nature, and peace a few kilometers from the country’s largest city, is the essence of Bhutan. 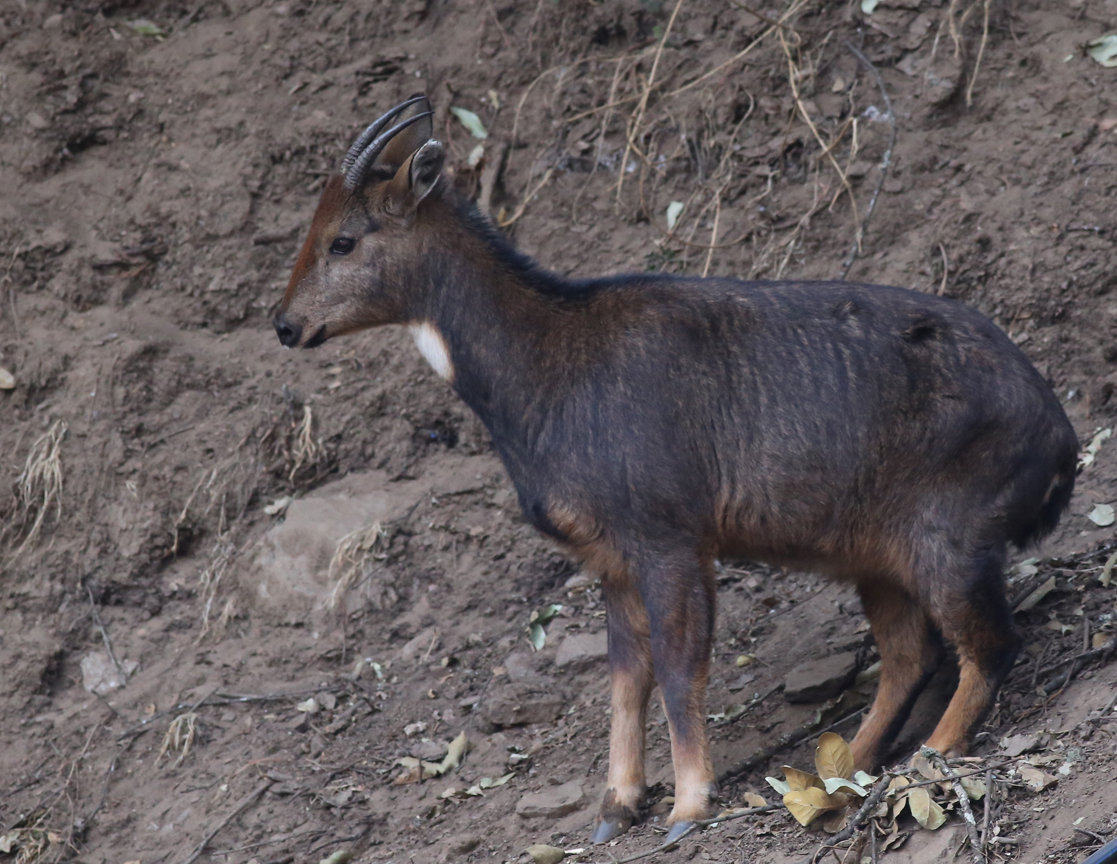 Like the langurs, gorals (wild mountain goats) come in to sample leftovers 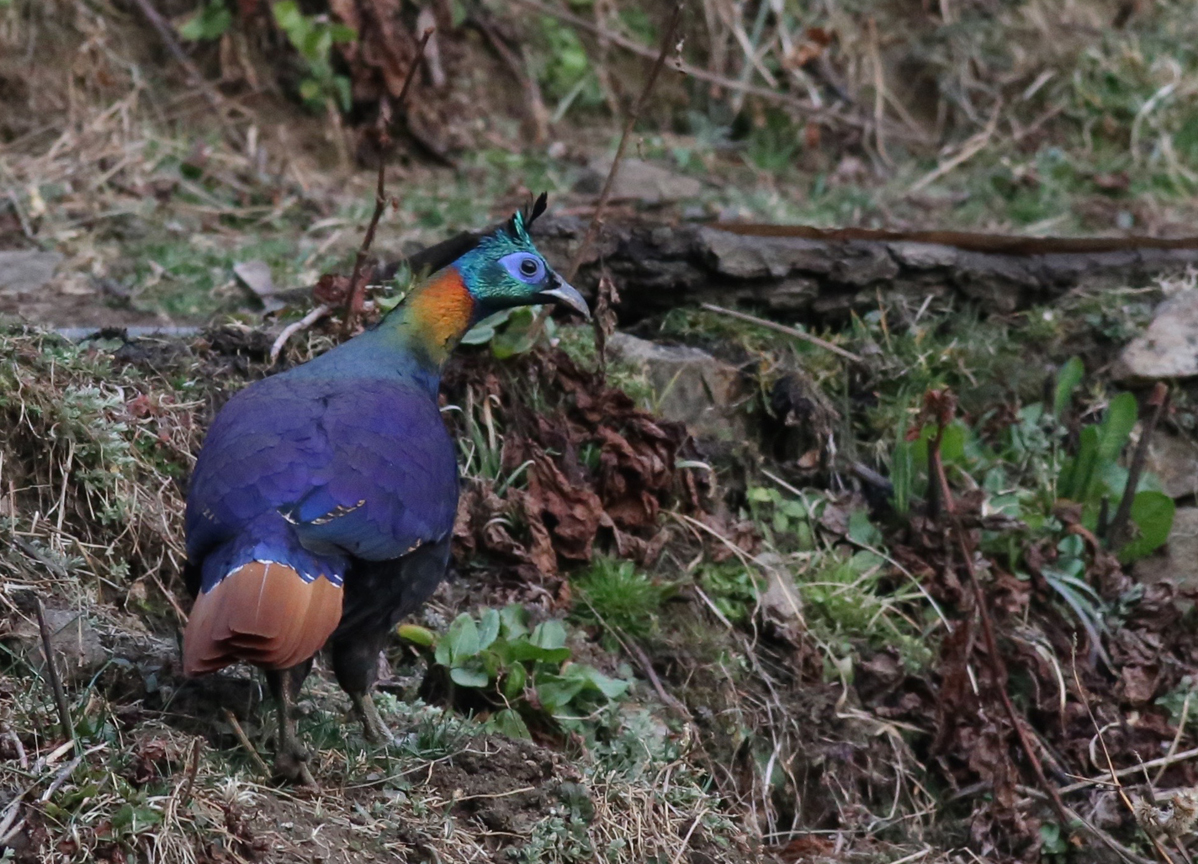 Himalayan monals are some of the most spectacular birds in Bhutan. They too will visit monasteries to eat leftover grain 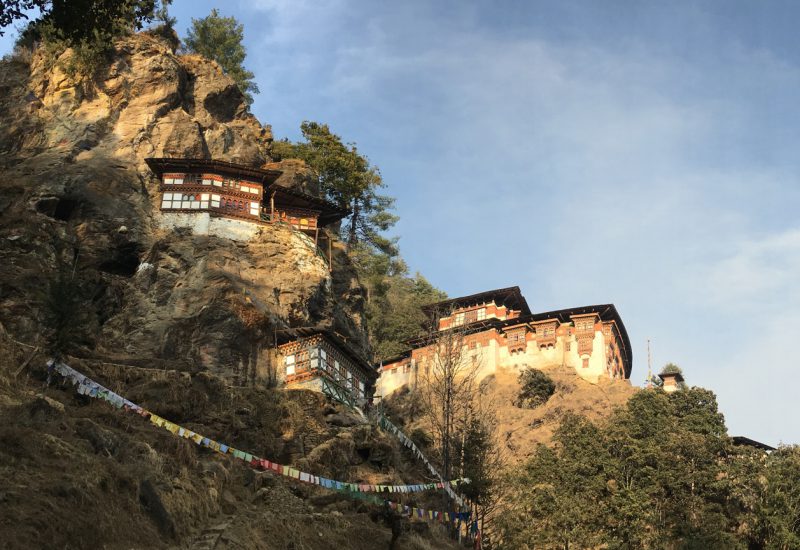 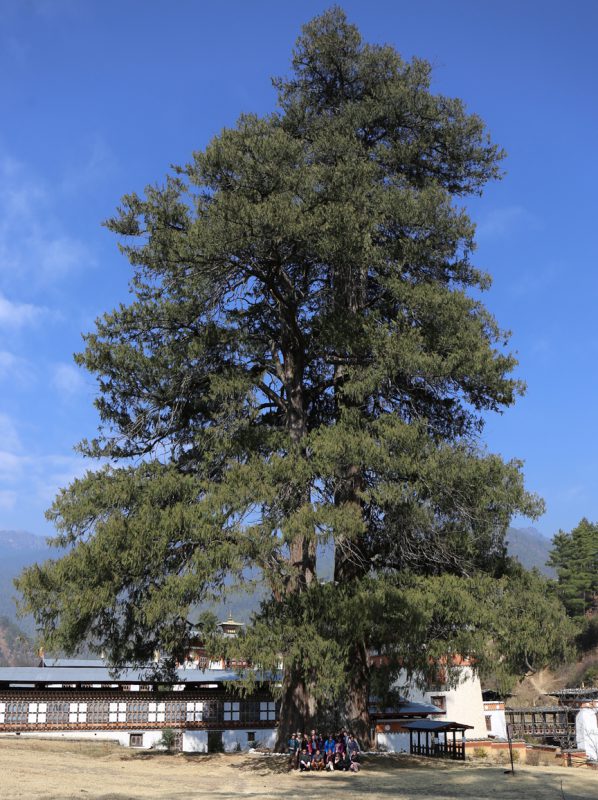 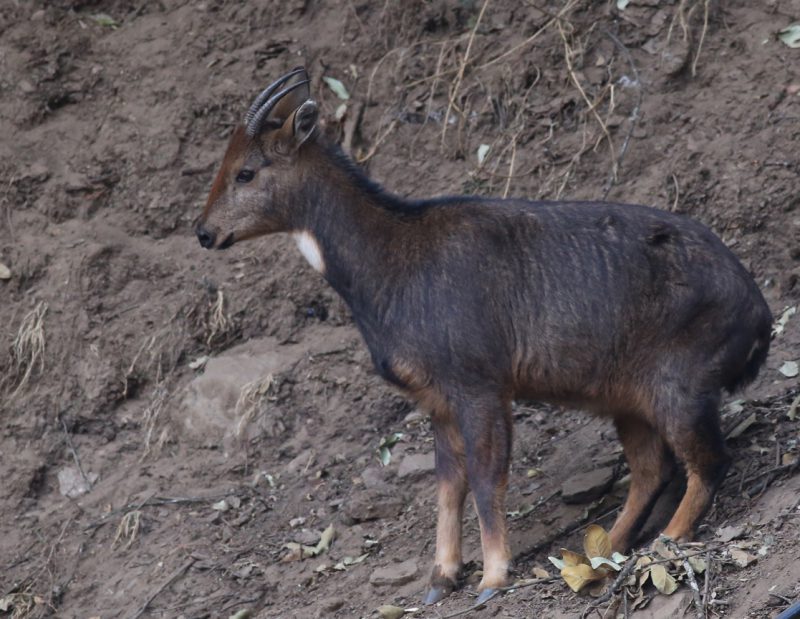 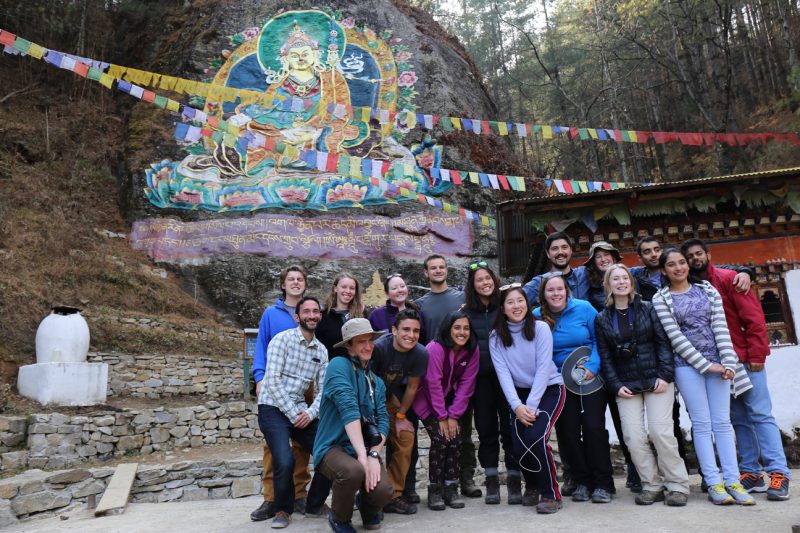