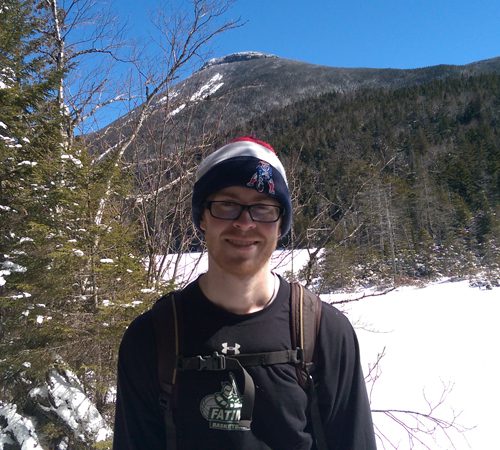 Growing up between Lawrence, Kansas, and Seoul, South Korea, gave Jisung Park (http://scholar.harvard.edu/jisungpark/home) different and distinct insights into how humans and nature intersect. Park recalls as a young boy spending every waking hour exploring the Kansas outdoors. Still a youngster when he moved to Seoul, living in its dense, urban environment revealed the toll that industrialization exacts on air and water quality.

“I was always acutely aware of how human beings and society both affect and are affected by the natural environment,” said Park, who will graduate in May with a Ph.D. in economics from the Harvard Graduate School of Arts and Sciences. “Through experiencing the diversity of living in such different places, I grew to appreciate how much commonality there is in the basic humanity that we share.”

His introductory economics class in high school gave him an entirely new lens with which to view the world — and think about studying it. In his undergraduate coursework at Columbia University, Park recognized that economics could be a tool for generating a greater understanding of the intersection of humans and nature.

After his Rhodes Scholarship at Oxford University, Park joined the environmental economics program at Harvard to focus specifically on how the impacts of climate change will affect human productivity and economic health.

“He has broken new ground with his research on weather, climate, and human capital, and will soon be moving on to a great career as an innovative scholar,” said Robert Stavins, the Albert Pratt Professor of Business & Government at Harvard Kennedy School and director of the Harvard Environmental Economics Program (http://heep.hks.harvard.edu/).

Park says the motivation for his research (http://scholar.harvard.edu/jisungpark/publications) is the fundamental disconnect in the public’s mind between recognizing climate change as a problem in the abstract sense but not being able to relate to the immediate impacts that may already be affecting the local community or region.

“I was frustrated by this phenomenon that climate change was becoming an issue that, unless you are an ardent environmentalist, you weren’t allowed to comment about or care about,” said Park. “I wanted to use language and tools of economics to try and quantify the more direct impacts of climate change on human beings and human economy, to try and make it a little more real.”

At a time when much attention is on rising sea levels and extreme weather events, Park eagerly took on the challenge of developing a greater understanding of the correlation between long-term economic vitality and rising temperatures due to global warming. As one of the first grantees of the President’s Climate Change Solutions Fund (http://news.harvard.edu/gazette/story/2015/02/support-for-seven-from-presidents-climate-fund/ ; http://vpr.harvard.edu/internal-funding-opportunities-1), Park explored the affect heat stress will have on labor productivity. According to Park, a year with 10 or more 90-degree-plus days in the United States could reduce income or output per capita by 3 percent. For context, he points to the fact that the Great Recession led to a percentage drop in GDP of that magnitude.

Park says the grant opened doors and allowed him to engage with a wide variety of research institutions inside and outside of Harvard, including presenting his research to the World Bank and New York City government agencies.

“It’s good to know there is institutional support for interdisciplinary research like this and that the support comes close to the top,” Park said. “It speaks to the direction in which the university wants to move in terms of priorities.”

While at Harvard, Park presented what New York Times columnist Nicholas Kristof called a “clever new working paper” (https://www.nytimes.com/2016/09/11/opinion/sunday/temperatures-rise-and-were-cooked.html) exploring the impact of hotter temperatures on student test scores and academic performance in New York City schools. He found that students taking a test on a 90-degree day relative to a 72-degree day have a 12 percent higher likelihood of failing. “You may not have seen a polar bear but you’ve definitely been in a classroom that was hot,” said Park.

Park brought with him from Oxford a podcast project called Sense & Sustainability (http://www.senseandsustainability.net/) that started as a series of conversations with fellow students on topics related to sustainability. At Harvard, the organization took off, receiving a Student Sustainability Grant (https://green.harvard.edu/programs/student-grants) from the Harvard Office for Sustainability and expanding to a lively blog and weekly meetings of undergraduate and graduate fellows to share ideas.

“It’s hard to have conversations across disciplines but also very rewarding, because it forces you to think outside your disciplinary focus or bias,” said Park. “It’s amazing how different our conceptions are of what sustainability is, and it opened me up to the diversity of ways one can conceptualize sustainability.”

Park will complete a postdoc at Harvard Kennedy School on climate policy, then join the faculty at UCLA as part of a joint public policy and public health program, where he will continue his research into the environmental determinants of economic mobility.

“The more you look at direct economic impacts of climate change, the more it begins to become clear it will be disadvantaged segments of society — both within countries but also across the world — that are going to be disproportionately affected,” said Park. “Climate change is the ultimate global public good problem, and that certainly is a motivation for me.”