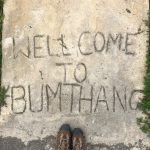 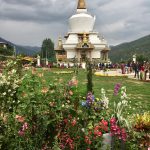 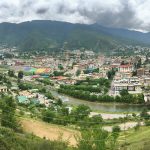 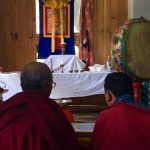 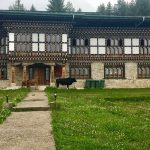 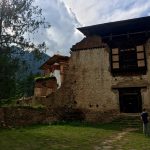 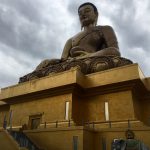 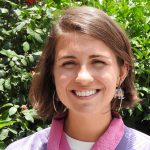 Our group has now been in Bhutan for over a week and it still has not quite yet sunk in that we are in this majestic place.

Even the flight into Paro felt like a dream, although landing on a small runway and stepping off the plane to the first glimpses of the Himalayas felt like waking up in heaven. Upon arrival, each of us was given a white scarf, called a khadar—a Bhutanese tradition to say “tashi delek.” The twelve of us then bundled into our Coaster bus that has since become a welcome form of transportation through the narrow streets of Bhutan. In Paro, we visited Kyichu Lhakhang, one of the oldest temples in Bhutan built in the seventh century under the advice of Guru Rinpoche who brought Buddhism to Bhutan. We also visited Drukgyal Dzong, a temple that burned down in the early 1950s and is now being rebuilt upon the birth of the Royal King and Queen’s son. Seeing the ruins of the first temple contrasted against the golden towers of the new was an exemplary symbol of Bhutan as a society both moving forward in development and preserving its cultural legacy. 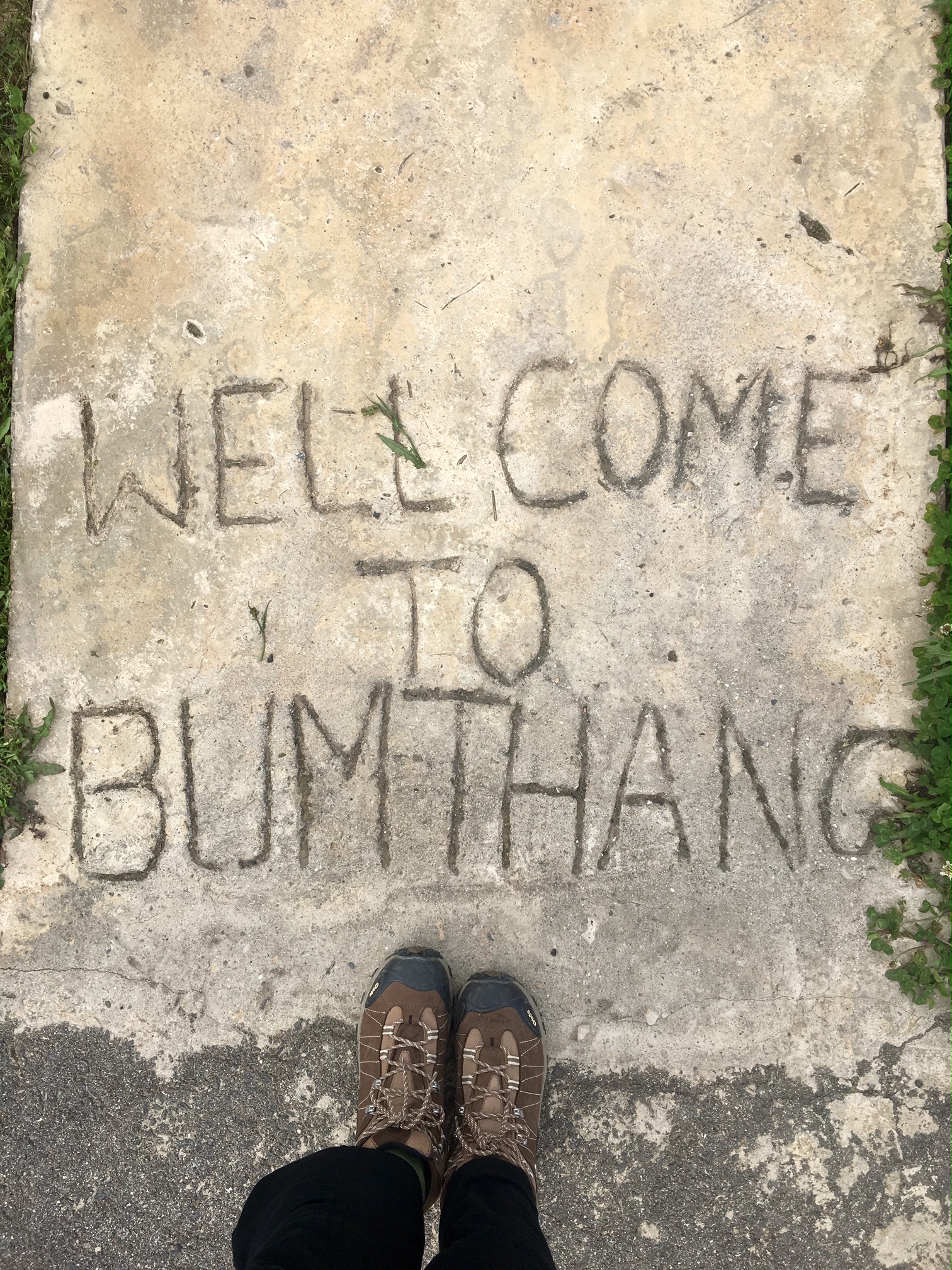 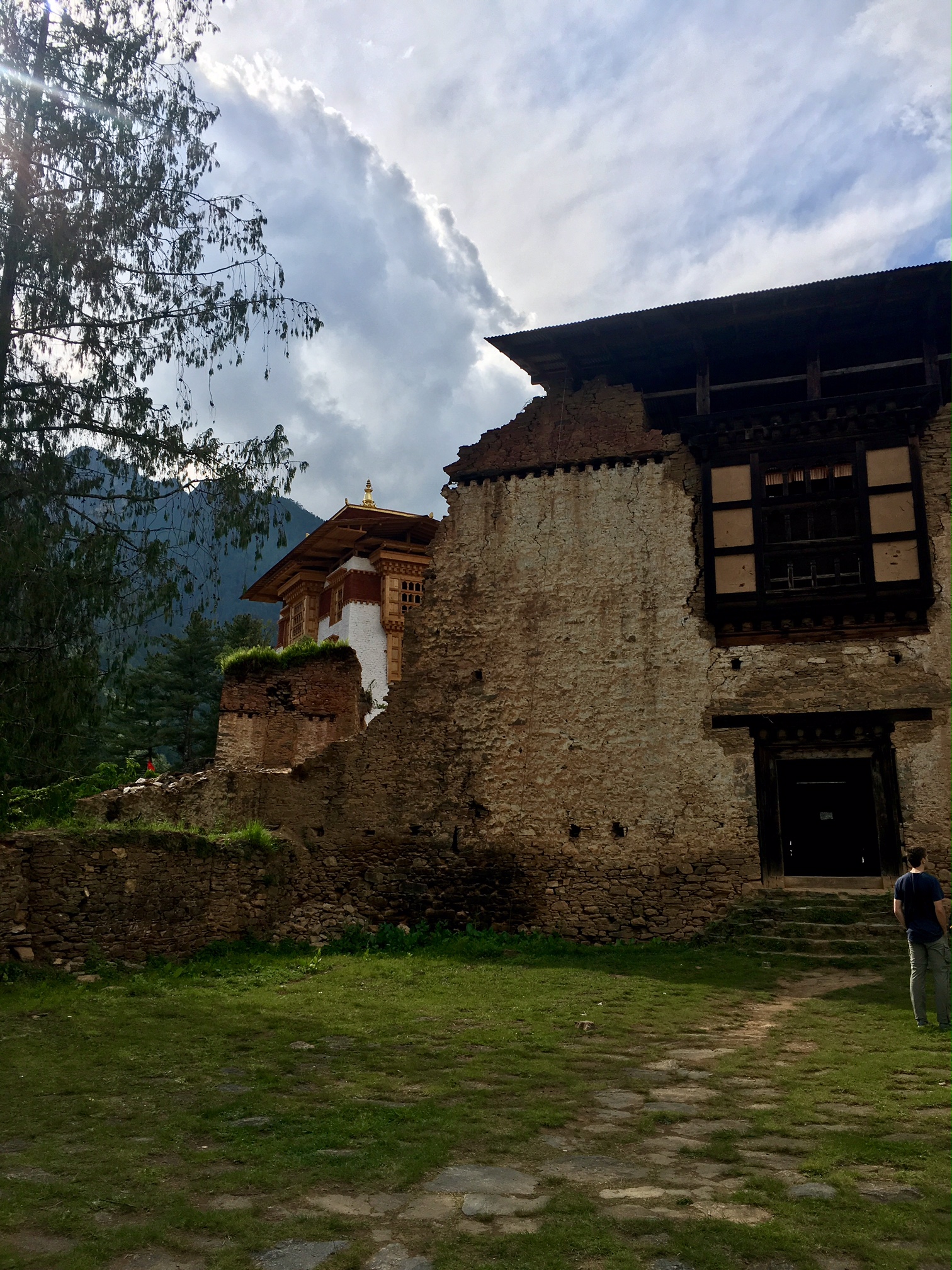 After meeting SFS’s awesome staff and checking out these stunning sites, we soon travelled to Thimphu, the country’s capital and the only in the world without traffic lights! Here, we went to the Royal Bhutan Flower Exhibition—incredibly enough, the Japanese Princess was just in town for this festival, as well! The festival takes place at the National Memorial Chorten and was a beautiful and unique sight to see. In Thimphu we also picked out our ghos and kiras, Bhutan’s national dress, and visited the Buddha Dordenma statue. This statue is Bhutan’s largest Buddha and is perched on the top of a mountain overlooking the valley. This new statue, finished in 2015, was as visually stunning as it was powerful to stand before. We were also lucky enough to be in Thimphu and get to explore various monasteries on the ninth, an auspicious day for Buddhism. 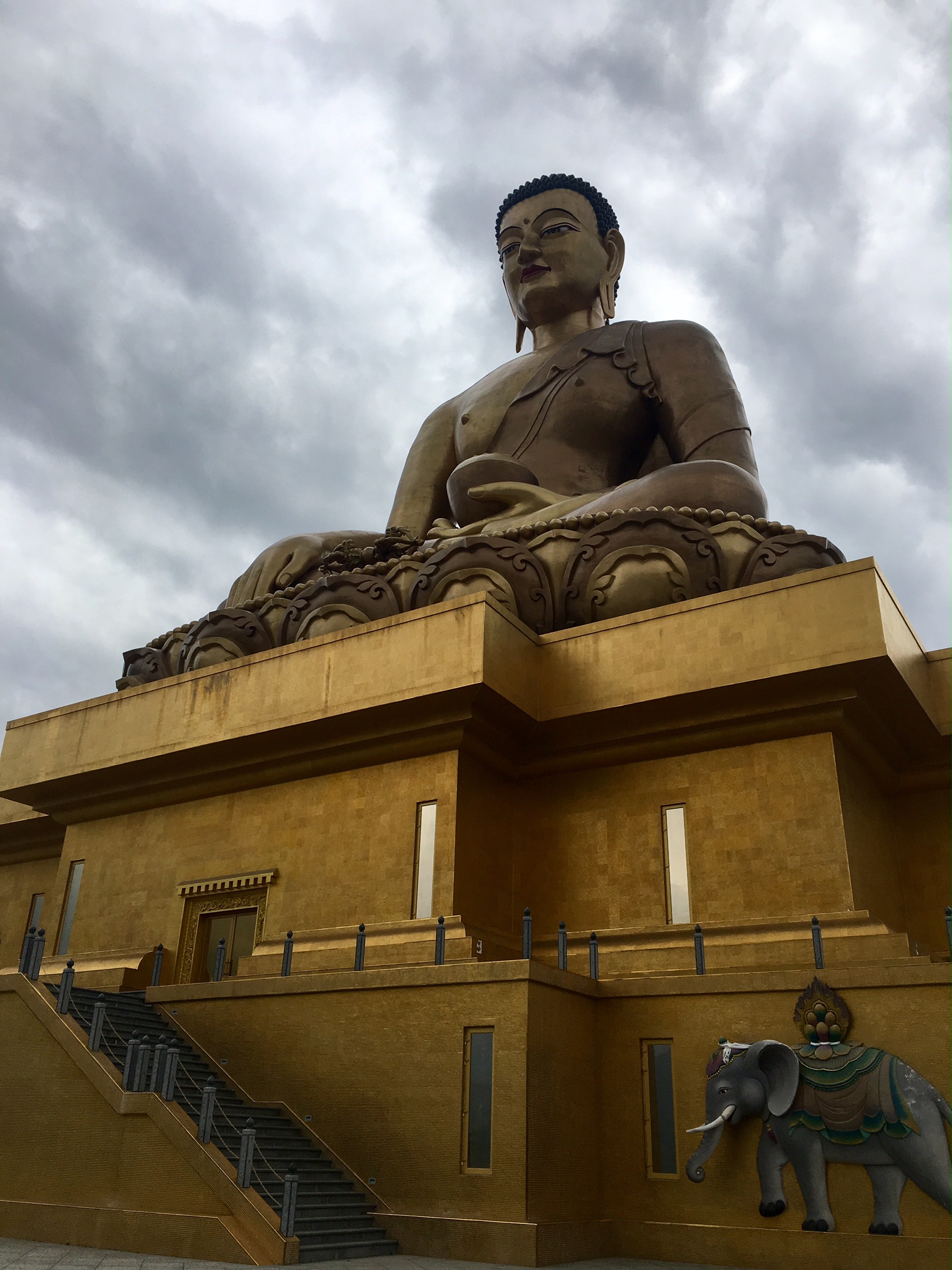 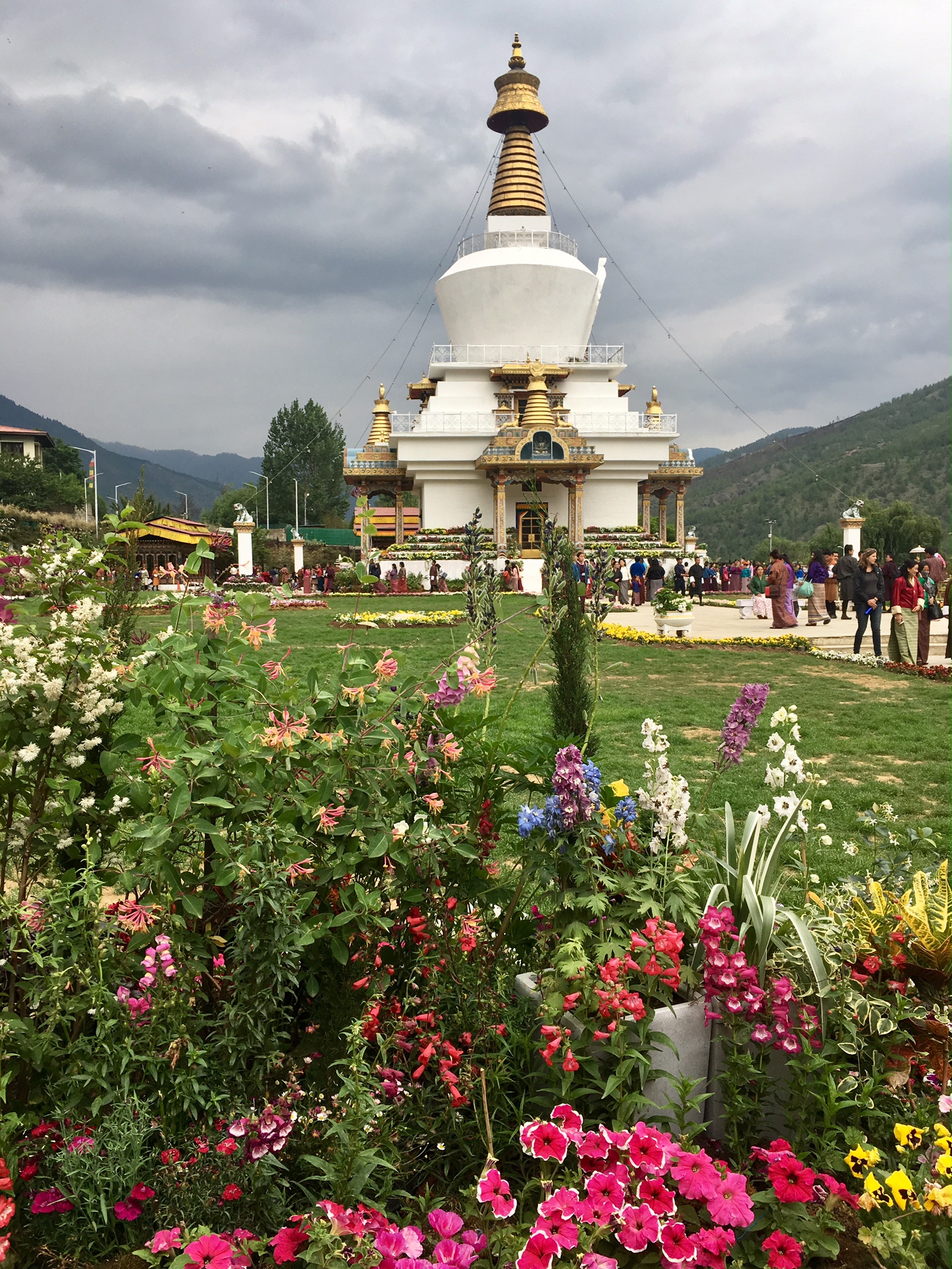 After visiting the takin reserve in town—a place that protects Bhutan’s national animal—we finally arrived in Bumthang at the Ugyen Wangchuck Institute for Conservation and Environmental Research (UWICER), the place we will be calling home for the next month! To help us settle in, two monks came and performed a lhabsang, a purification ritual to cleanse our living space and spirits, setting us off on the right foot for the busy weeks to come. Since being here we have already begun to experience Bhutan’s diverse flora, bird species, and unbelievably kind hospitality. And we’ve only just begun! 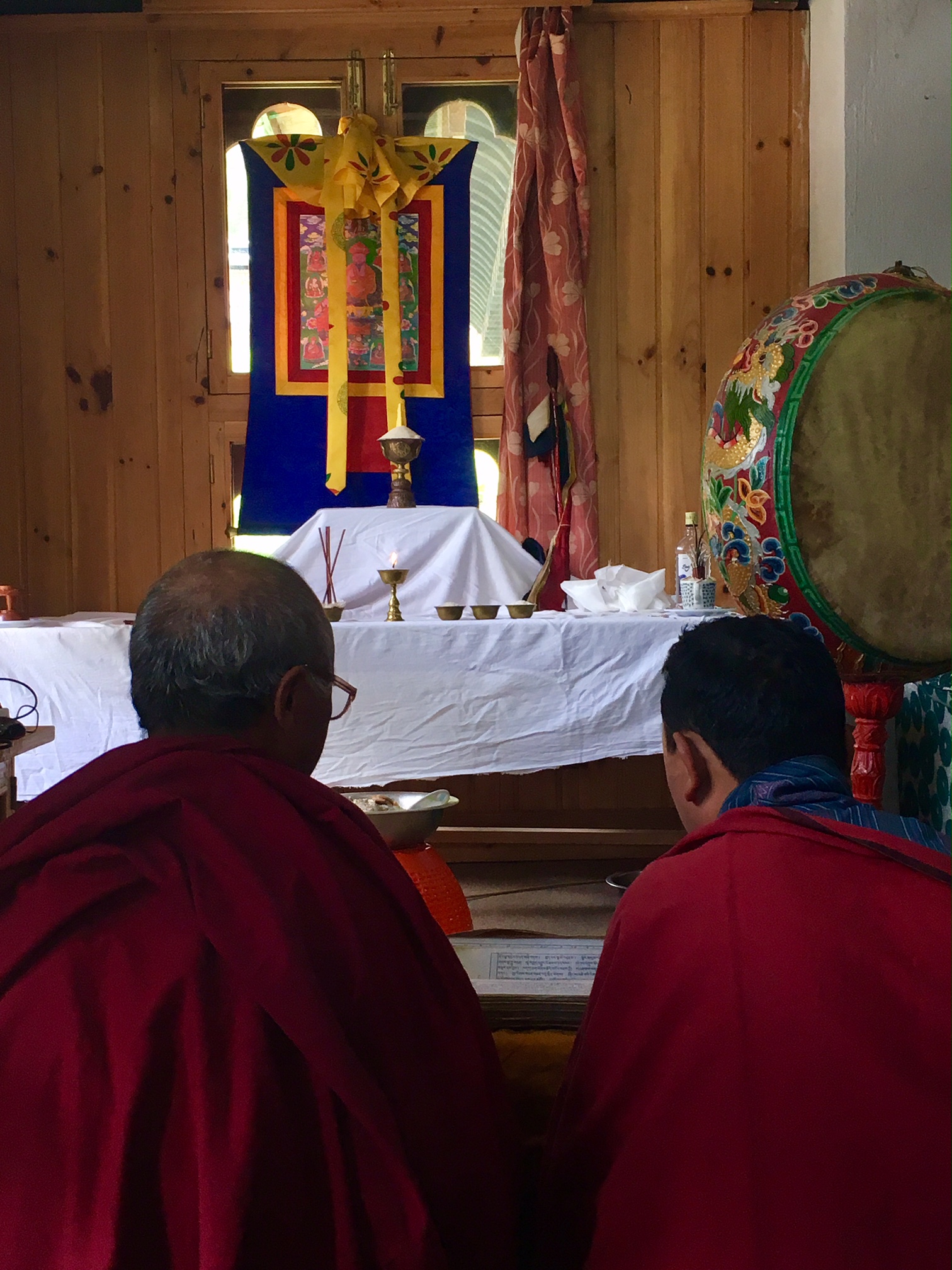 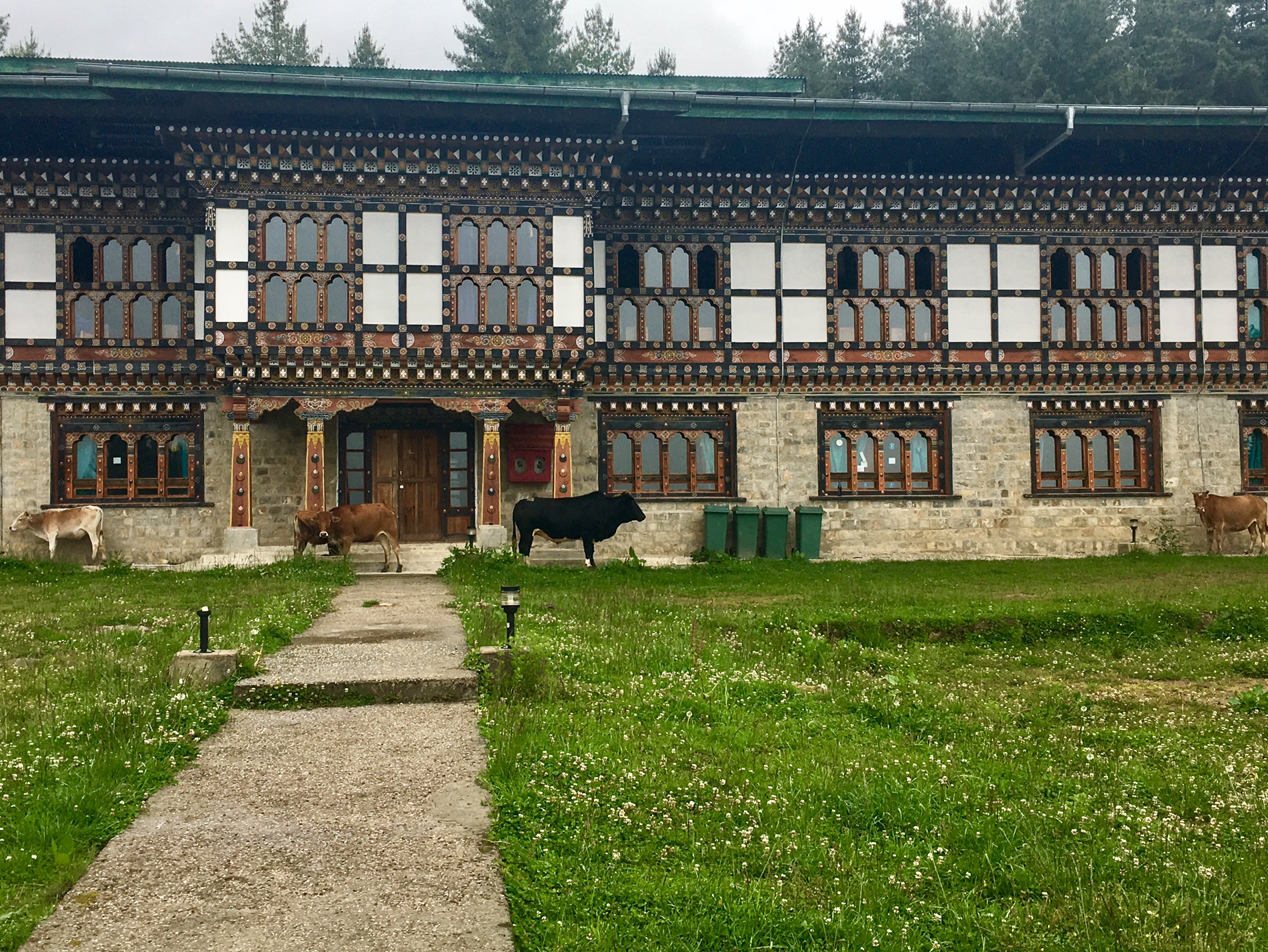 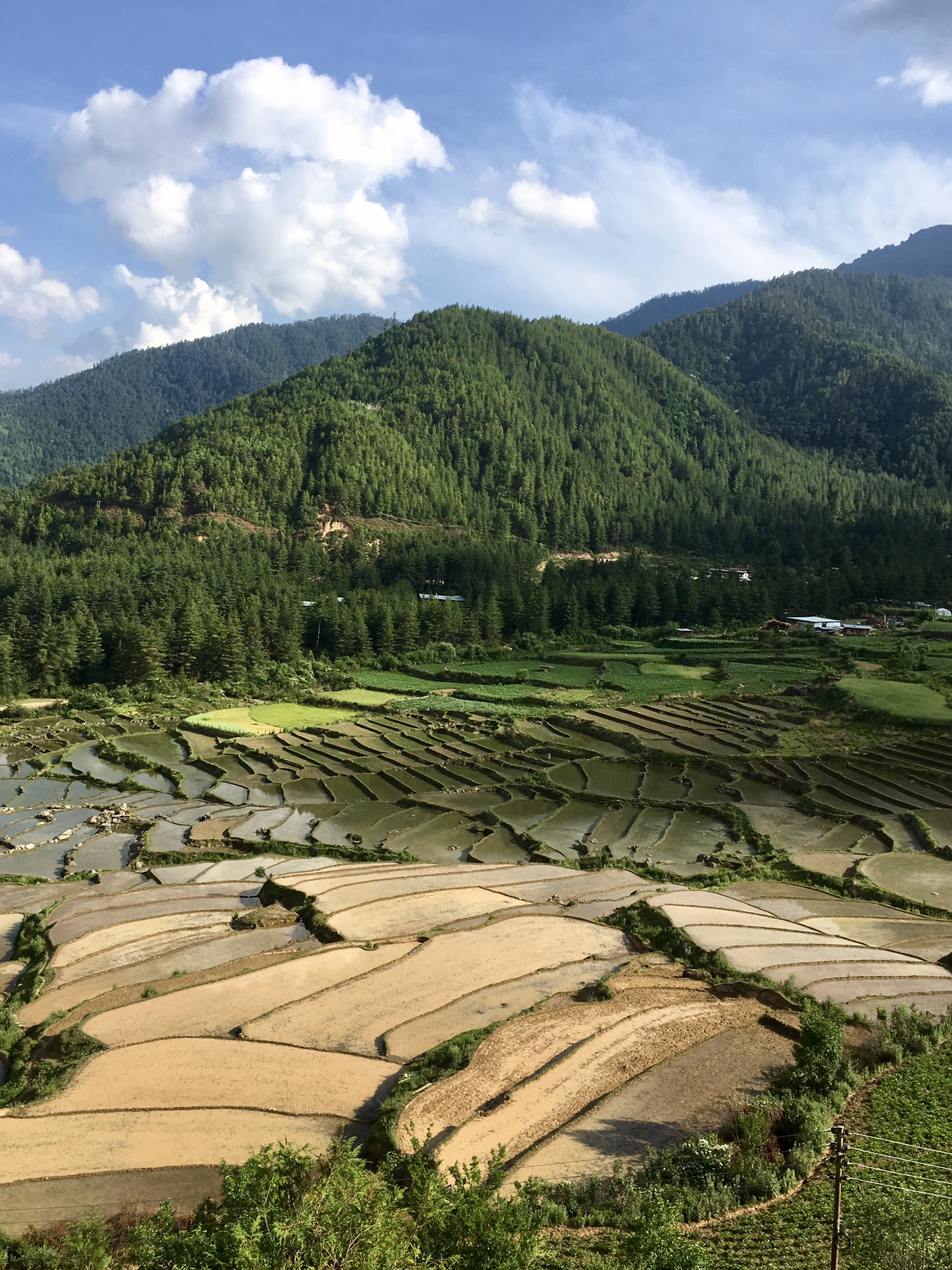 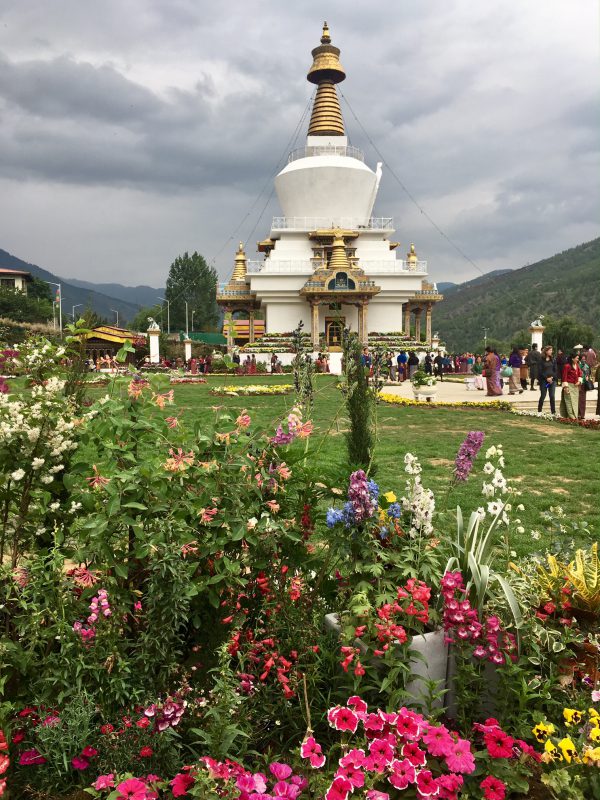 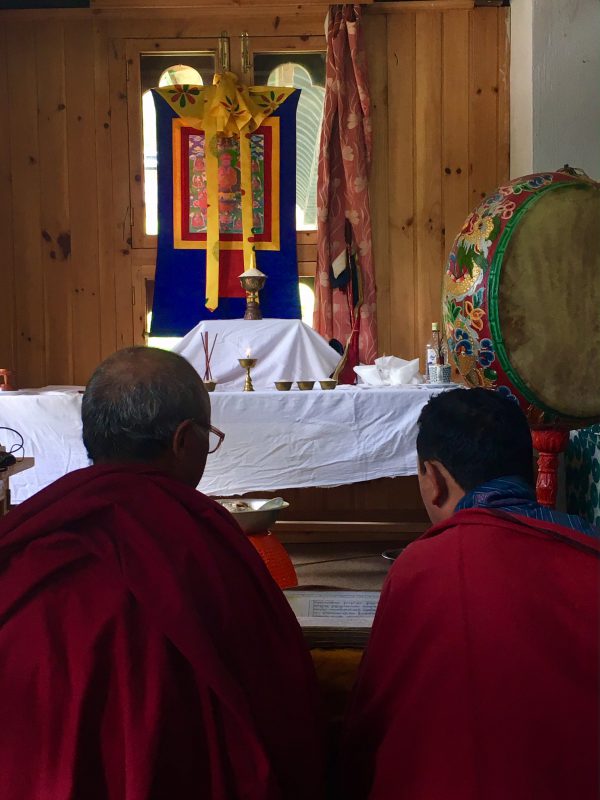 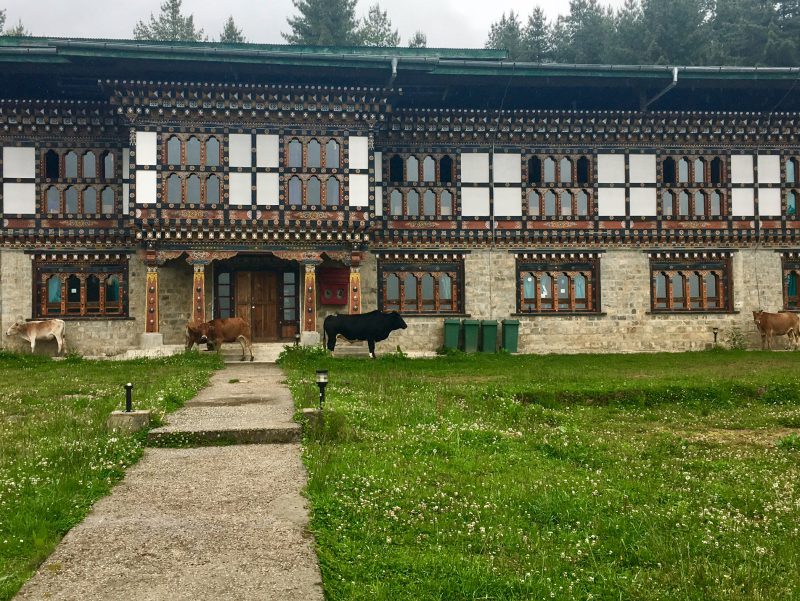 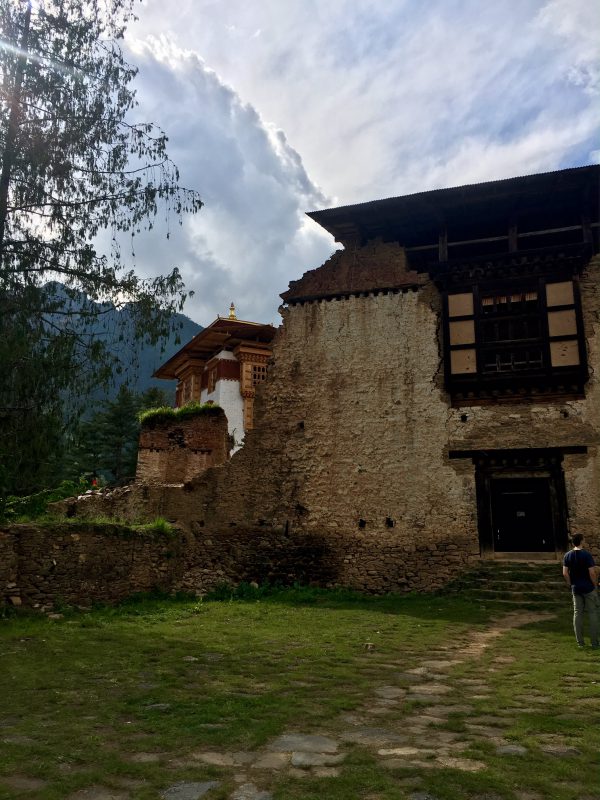 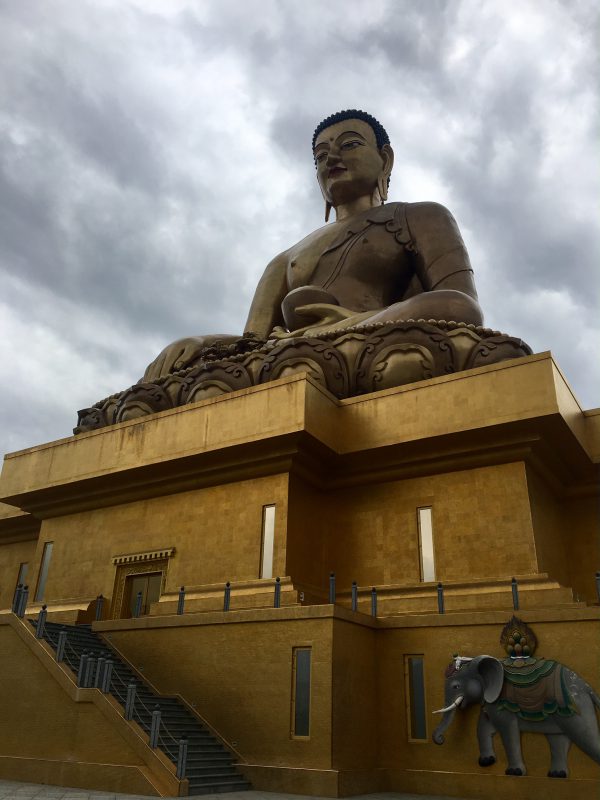 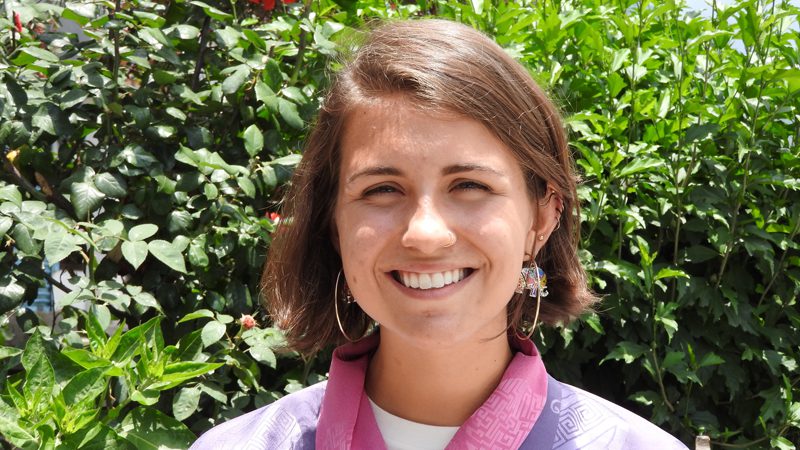