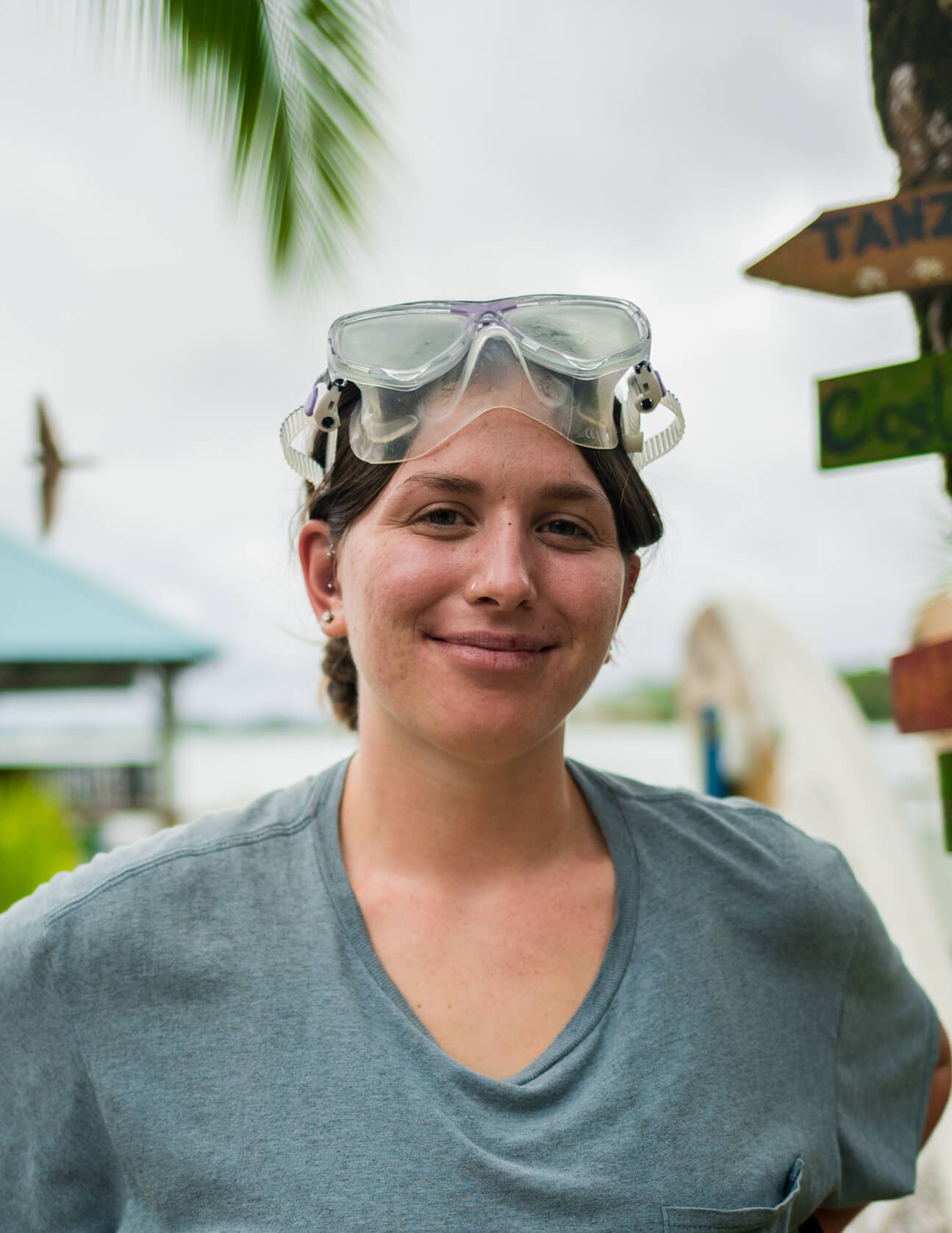 As the Fall 2018 SFS students begin to settle into their new homes around the world, we asked them to share their impressions of the experience so far. Rachel Gates had this to say about SFS Panama:

Why did you choose to study abroad with SFS?
I was hoping to find a study abroad program that focused on field-based learning because in the past I’ve been successful with hands-on learning, and I knew SFS would complement my experience with lab research. I chose the Panamá program because it offers a mix of terrestrial and marine studies which allows me to be flexible in my interests as I’m deciding where my future academic interests lie. Also, since I’ve spent time in Latin America before, I can practice my Spanish here without it being a key academic component.

What are your first impressions of the country?
I spent a summer in Costa Rica and I expected Panamá to be similar, and in many ways, it is. The wildlife and ecosystems look similar, it’s hot and moist all day, and a typical meal still often includes arroz, frijoles, y plátanos maduros (rice, beans, and sweet plantains). However, because of its diverging history, key differences are discernible. Panameños come from diverse backgrounds—from the native groups to the Afro-Antilleans and Chinese migrants who came in the early 20th century to the families of American canal zone employees. There is an evident divide in the capital between the old neighborhood, Casco Viejo, the former U.S. canal zone (the U.S. passed over control on December 31, 1999), and the high-rises downtown that resemble the Miami skyline from afar. Peeking out from the bus window in Panama City there was an obvious divide as we drove past wealthier neighborhoods and the brightly colored, worn down apartment complexes the local working-class calls home.

A quick plane ride away and our group arrived in Isla Colón, Bocas del Toro: our new home. Beautiful beaches, ocean waves, and a disproportional quantity of bars welcomed us. Signs in English and Spanish made it clear that this region caters toward tourists, though this time of year there aren’t as many walking around town. The grocery store I entered had me check my bag before entering—something I’ve noticed while traveling in other parts of Latin America. It’s the little impressions like these that remind me I’m not here for a tropical getaway, and every place I travel will have its own local and regional quirks. I look forward to discovering more about this island and country throughout the semester.

What are your first impressions of the Center?
The photos I’ve seen of TIBS (Tropical Island Biodiversity Studies, aka the Center) simply do not do it justice. We can feel the ocean breeze as we sit next to the pool, hear the waves lap at the pilings of our outdoor classroom, listen to Spanish music coming from the kitchen before meals (which, by the way, have been delicious! The chefs are great at accommodating my vegan diet). Of course, living seconds away from the beach there are some concessions, but many can be easily erased with the right attitude. The cold showers aren’t so bad in the context of the heat and humidity; they’re refreshing. The heat and humidity aren’t so bad if you hop into the pool or spend time working in the air-conditioned lab. The mosquitos and flies really seem to have a thing for me, but I’m learning that remembering to apply bug spray and wearing long pants are solutions! And, most importantly, there are dogs here! I feel incredibly lucky.

What do you think the biggest challenge will be for you this semester, both academically and culturally?
I can tell already that my appetite for learning will be satiated here. All of the courses here fascinate me, and I love that they’re integrative, but being in a field-based program means we’ll be in the field…a lot. And in the classroom beforehand to prepare. Our days are very structured. I think I’ll have to be more disciplined than I normally am in managing my workload and balancing my time between academic and recreational activities.

In terms of culture, I think the most difficult aspect of the program will be our relative isolation here at the center. Town is only a few minutes away by taxi, but I fear that I won’t interact with the locals enough when I visit, and that being among a group of Americans who don’t all speak Spanish, I’ll have few opportunities to befriend the Isla’s residents.

What are you looking forward to the most about the semester?
I get to see lots of brain coral while snorkeling! Brain coral is so cool!

To extend that thought, I’m excited to see the assortment of marine and terrestrial organisms that call the Bocas del Toro archipelago home. I go to school in New York City, and coming from California where both the mountains and salt marsh were a quick drive away (thus instilling an adoration of nature in me from a young age), it’s been hard not to have easy access to non-city environments. I want to see (and learn to identify) as many species as I can.

Give three words that best describe how you are feeling right now.
Calm, hopeful, fortunate.