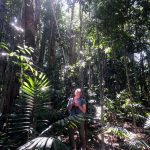 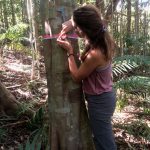 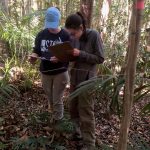 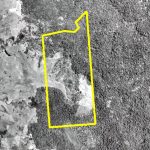 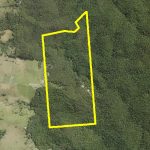 A Forest of Change

The SFS Center for Rainforest Studies (CRS) was established in 1988 on an old farmland. Rainforest had previously been cleared for pasture followed later by fruit orchards.

When SFS took over, areas were left to allow the rainforest to regenerate naturally while other areas were replanted. This gives students and researchers at CRS a great opportunity to monitor the recovery of the previously cleared rainforest either via natural re-growth or via restoration projects. This semester’s students went out to monitor tree growth in a natural regrowth area and in a rainforest restoration site that had been established in 1993. Tree growth was recorded via measuring the diameter at breast height of trees using a special measuring tape. Measured trees were marked with pink paint so they can be measured again in future. Students also collected these data from trees at a site within an old growth rainforest that had been left at the CRS property. This enables students and researchers to compare tree sizes at rainforest recovery sites with those found in existing rainforest sites. At the same time, early in the morning, these three habitats (natural re-growth, restored rainforest and old growth rainforest) were surveyed for bird species. Students had learnt to recognize the most common bird species at CRS by sight and call and their knowledge was tested in a bird quiz. Now it was time to use this knowledge in a field setting. 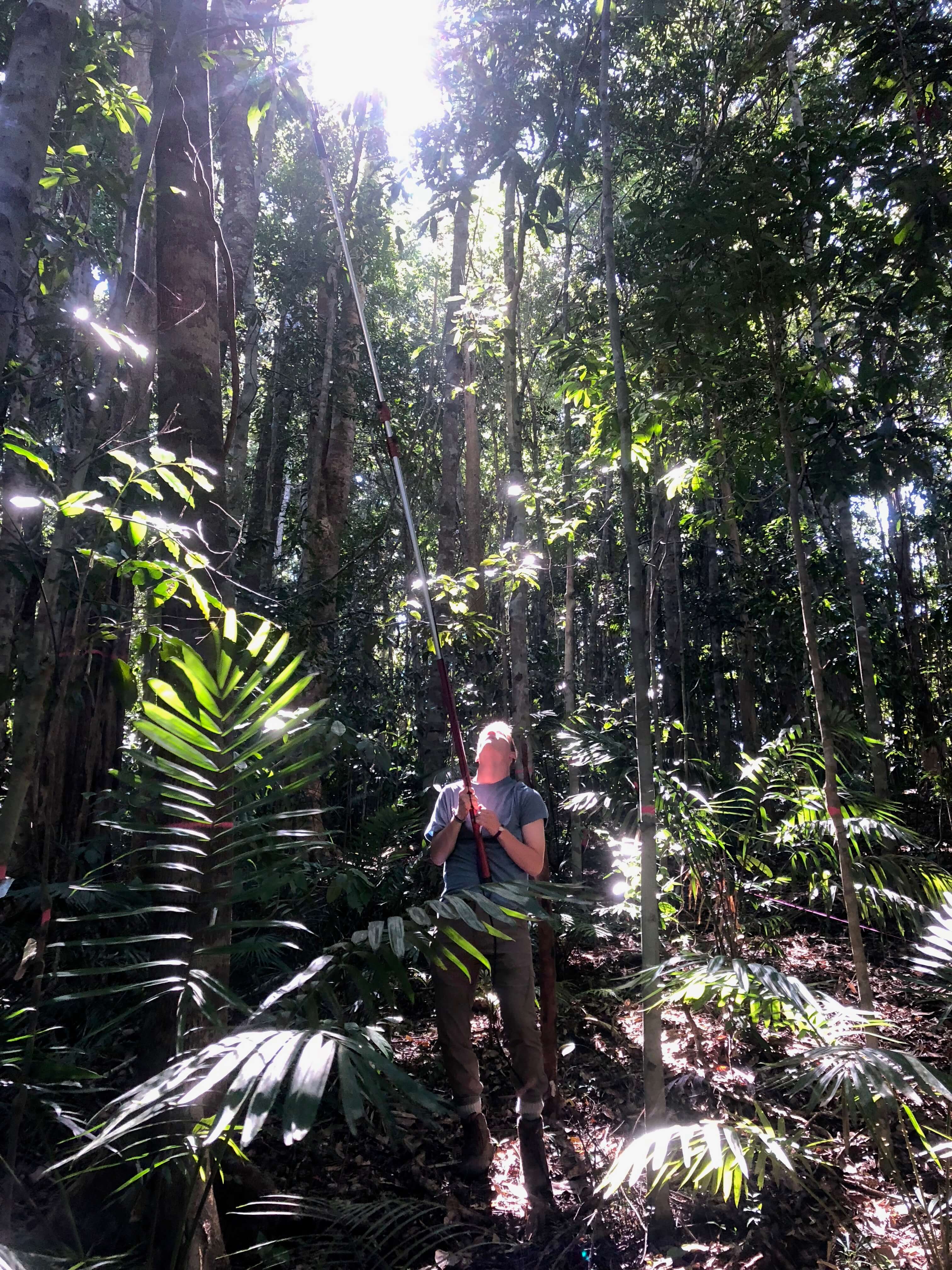 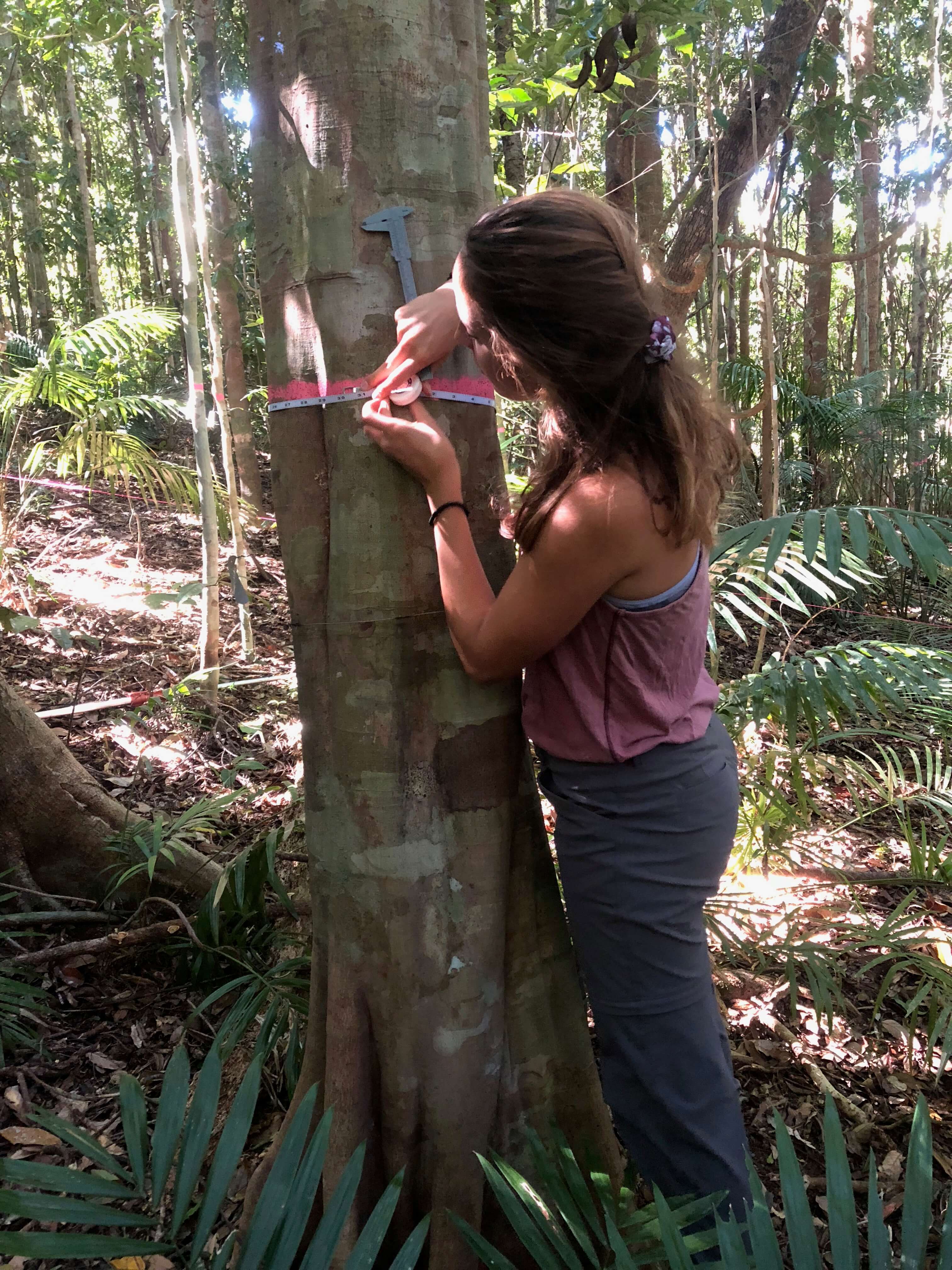 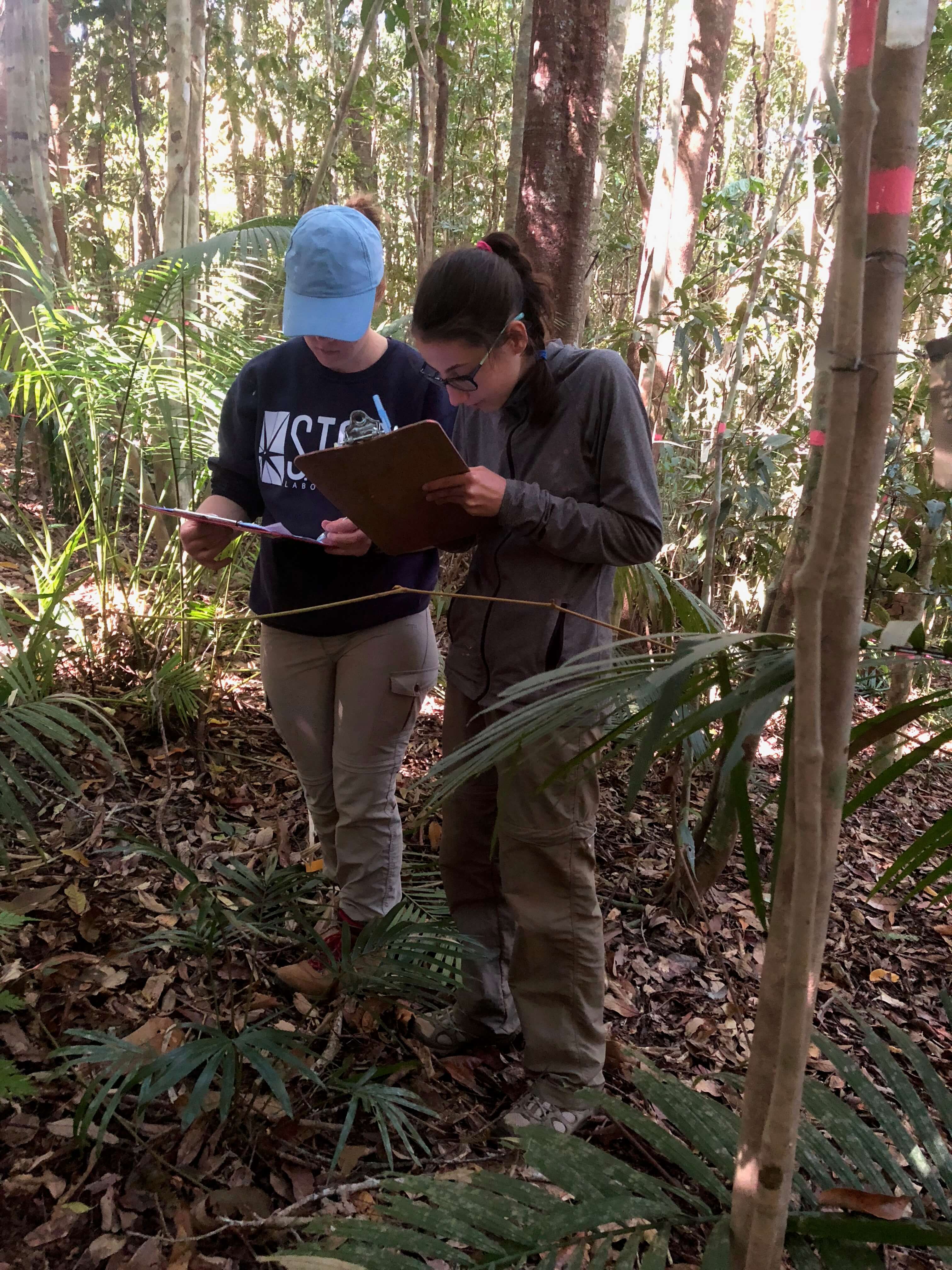 After four days of data collection we have a good idea about the vegetation structure and bird communities at these sites. By comparing the collected data with those from previous years we get a better picture on how the rainforest can recover and how bird species utilize habitats that are on their way to become a rainforest. 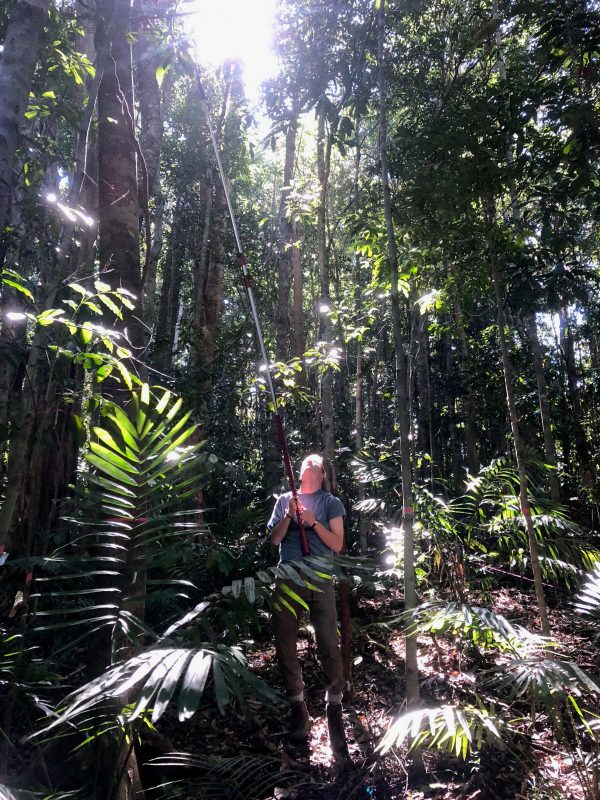 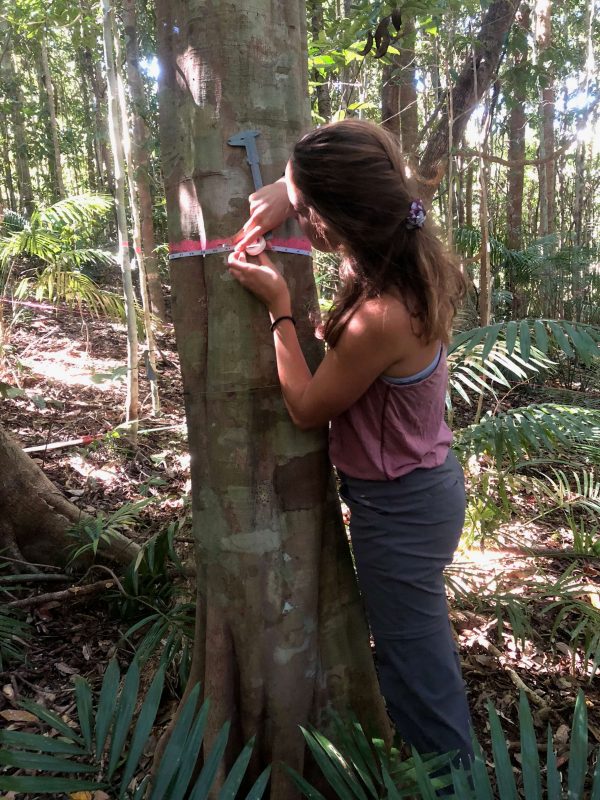 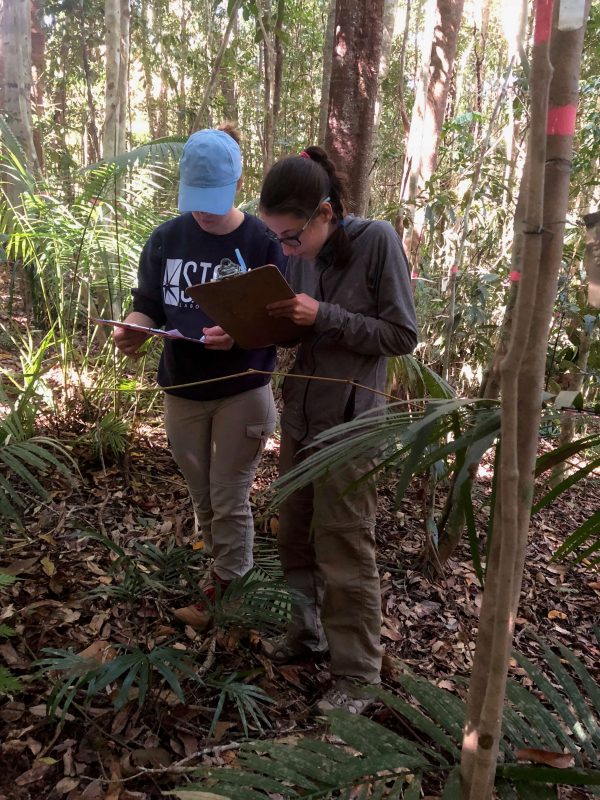