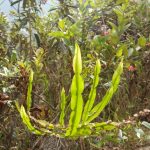 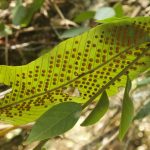 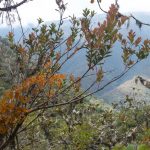 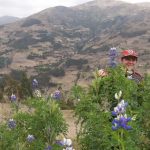 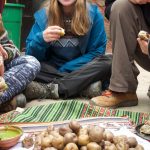 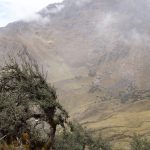 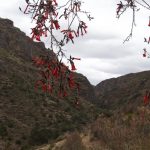 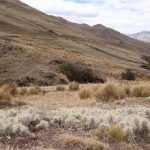 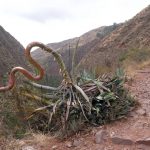 We’ve just returned from two weeks in the Cusco region to the full brunt of tropical heat. Cusco is located in the Sacred Valley of the Peruvian Andes at around 12,000 ft, and we were blessed with a beautiful, yet fleeting, reprieve from the weather here in Iquitos. Cusco is also affectionately referred to as the “navel of the world.” Don’t ask.

Back in the Andes, we were able to get up close and personal with the local flora as well as the region’s agricultural staple, the humble potato. We spent several days at Wayquecha Biological Station, located in Peru’s cloud forest near Manu National Park, in order to learn about bears and bromeliads. Even though it’s the dry season and few of Wayquecha’s famous orchids were in bloom, we still witnessed the glory of trees dripping with mosses, tillandsias, bromeliads, and other fantastic epiphytes (plants that grow on trees). While in the Sacred Valley, we toured the Parque de las Papas – the Potato Park – and sampled some of the local fare, including nearly a dozen varieties of potatoes. At the end of our week of classes, we visited a critically endangered forest of Polylepis trees, often cited as the highest elevation forest in the world. Finally, we were set free to roam Cusco on our own for four days. I opted to trek with one of my classmates through the dry mountaintops, where we saw desert plants galore such as agaves, cacti, and Peru’s national flower, the “cantuta.”

Thanks for reading, and enjoy the floral highlights below! 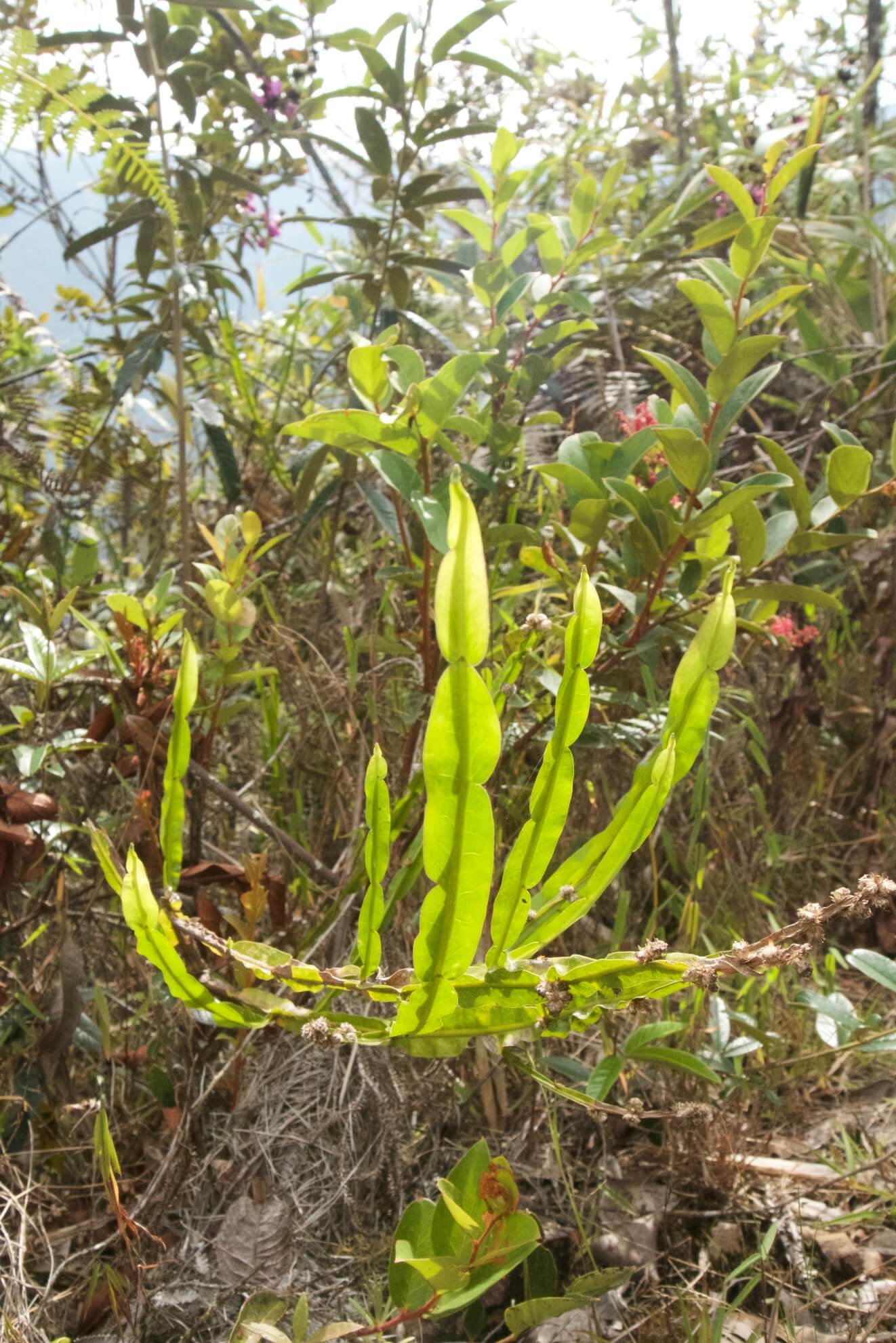 Despite its funky, cactus-esque appearance, this member of the Asteraceae is actually more closely related to the common daisy. 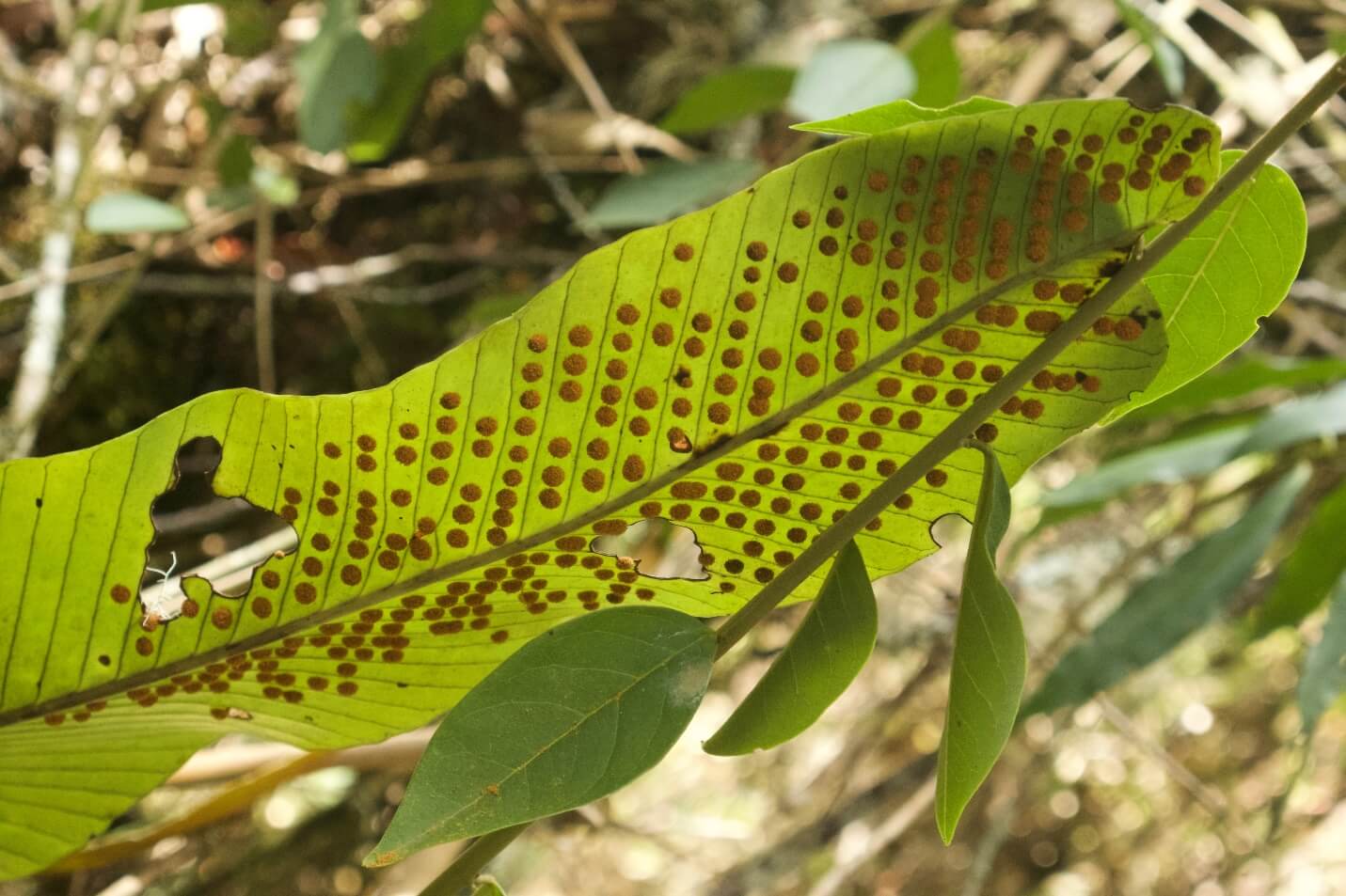 The spores on this fern were enormous and reminiscent of that dot paper Easter candy. You know the one. 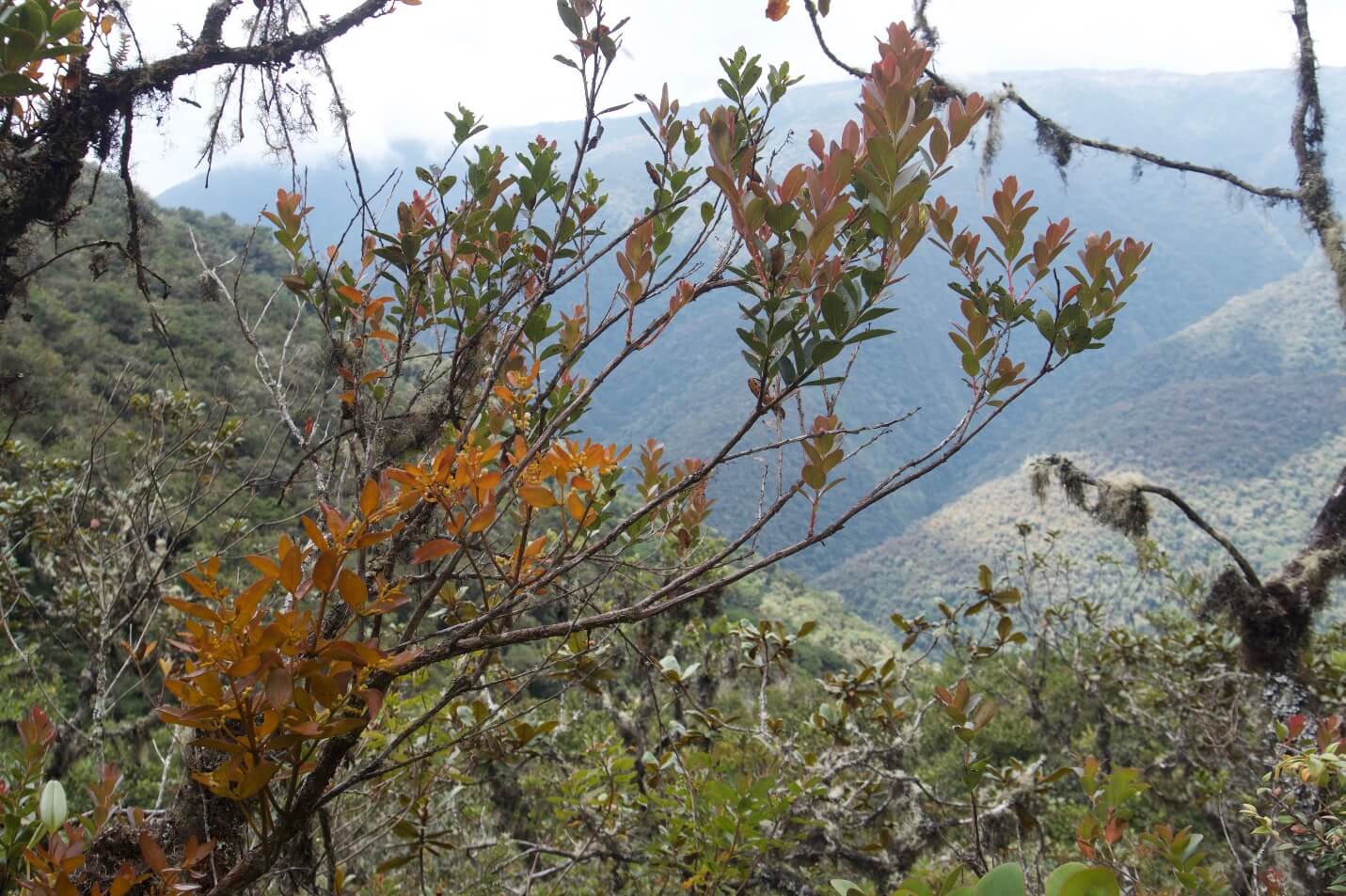 The orange leaves in this picture aren’t dead tree branches – they’re mistletoe! Just like the common mistletoe we have back home in the states, this member of the Laurentaceae parasitizes other plants and does very little photosynthesizing of its own. 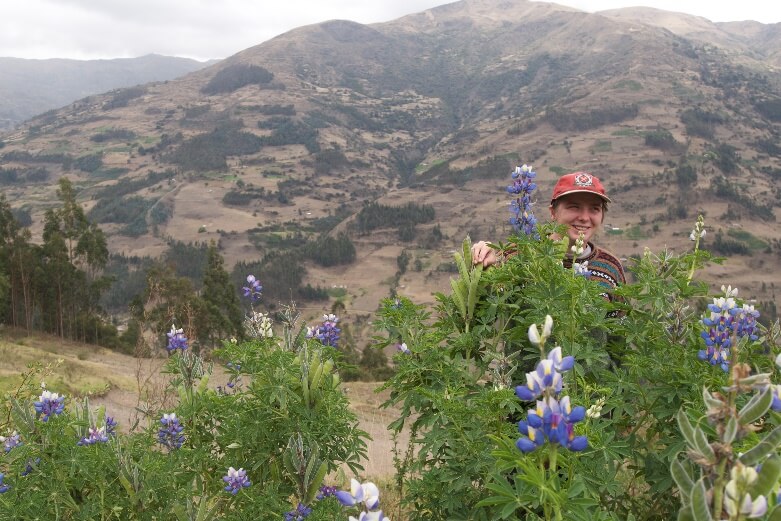 Classmate Liz poses with a cultivated Tarwi plant at an organic Andean farm. This member of the Fabaceae fixes nitrogen from the air and has stunning flowers similar to American lupine. 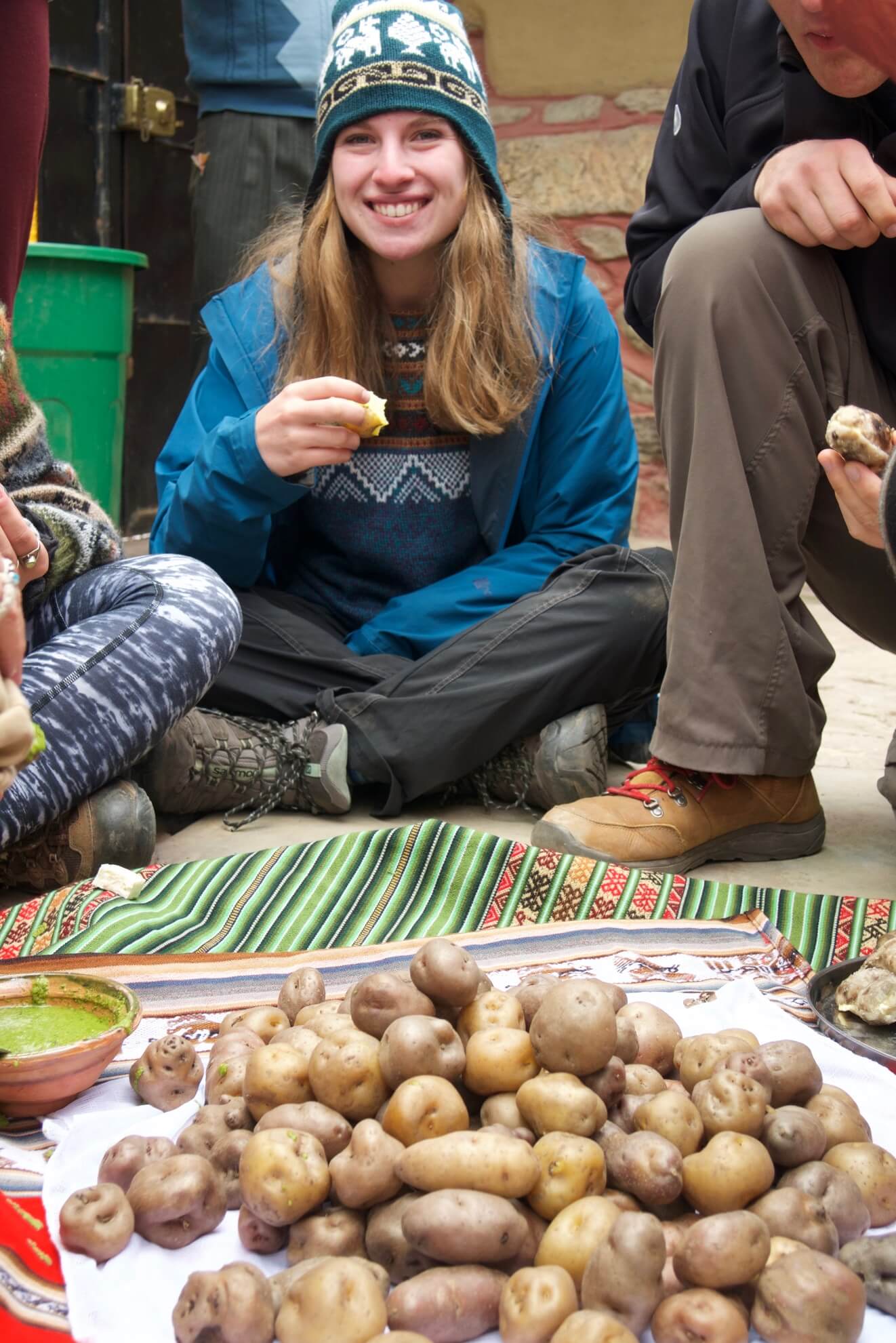 Classmate Anna poses with a pile of potatoes that greeted us at one of our stops in the Potato Park! 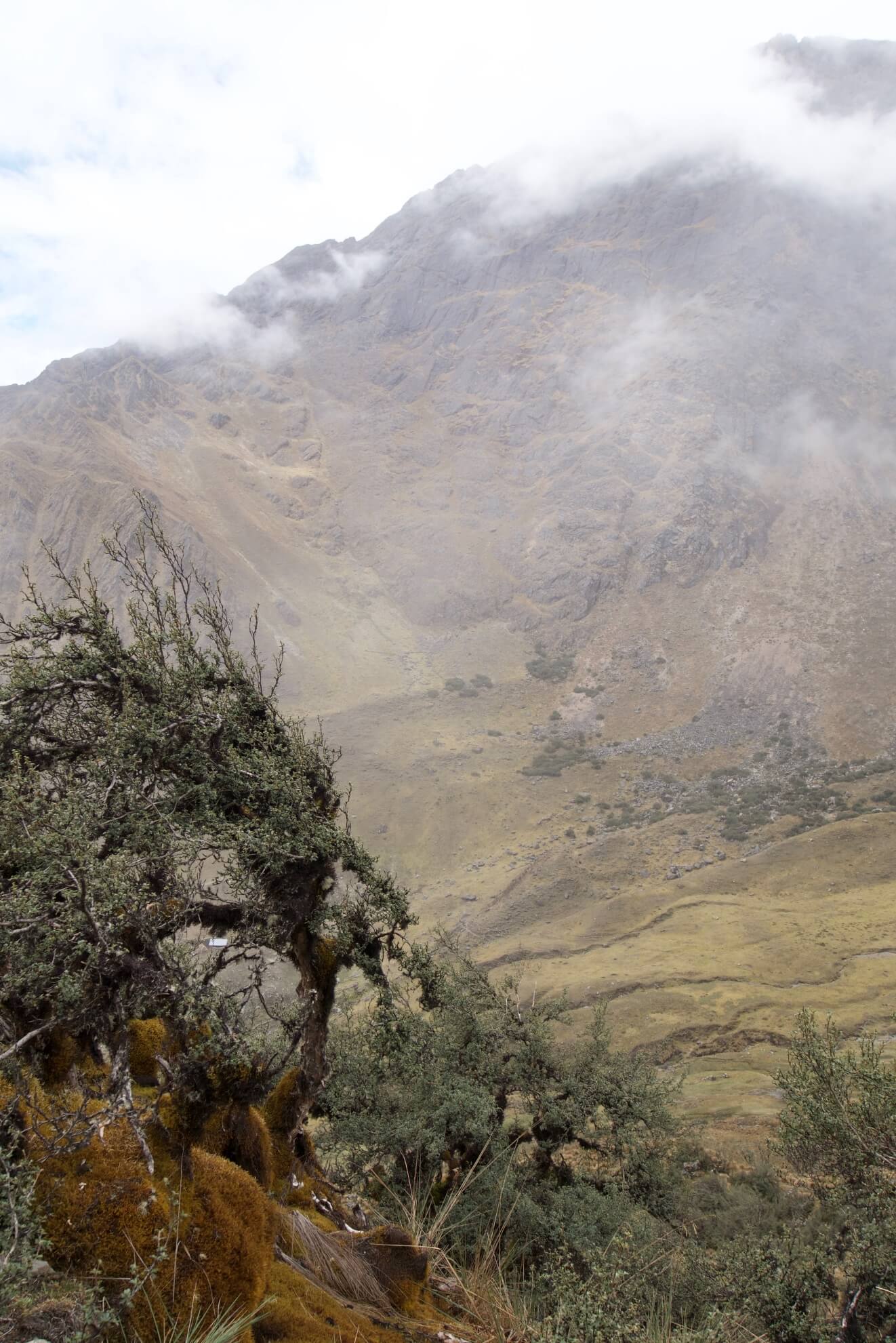 A gnarled Polylepis tree on an Andean mountainside. These relatives of the garden rose have bark that sheds in layers, provide habitat for endangered birds such as the Ash-breasted Tit-tyrant, and can live to be an estimated seven or eight hundred years old! 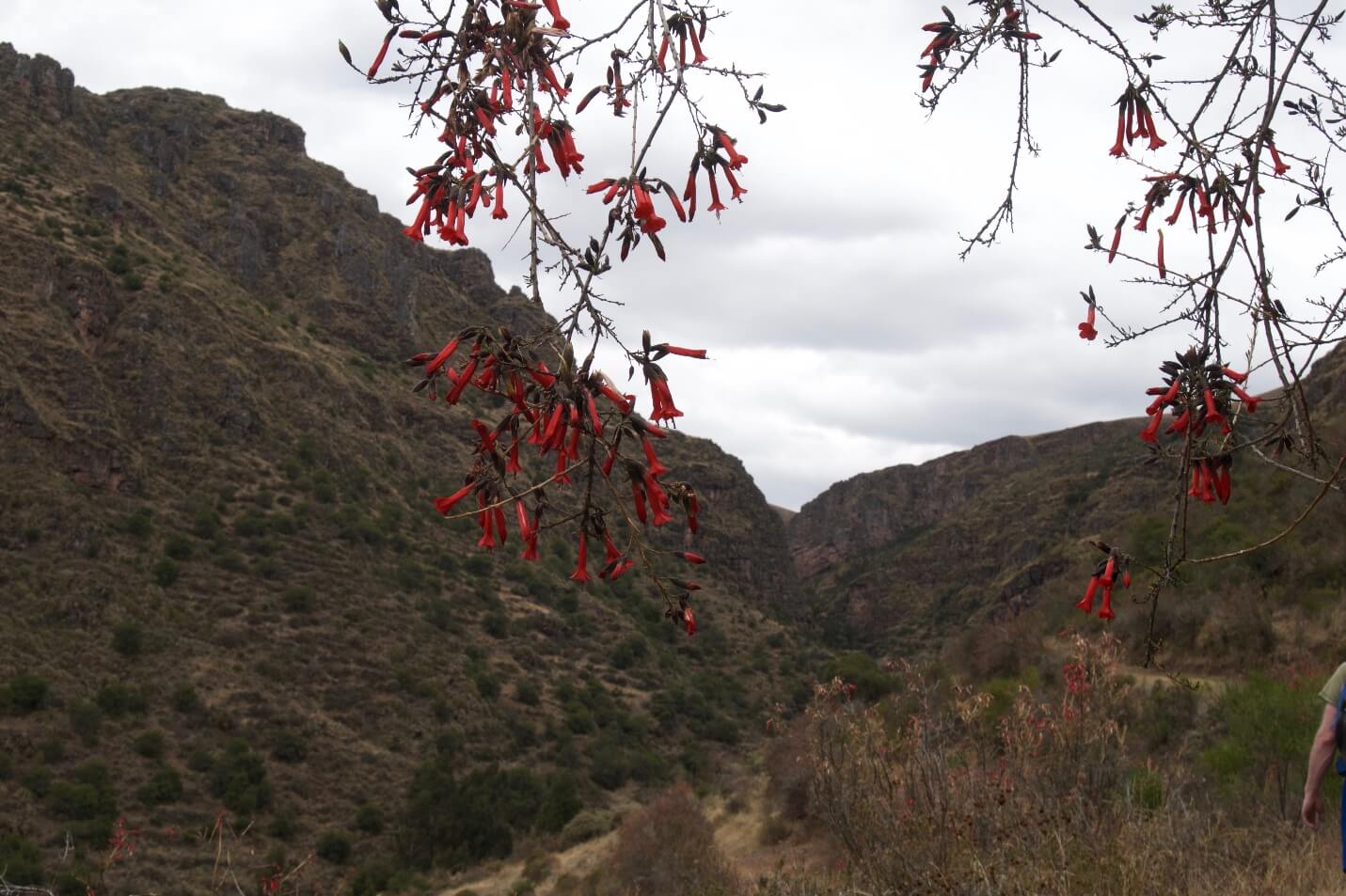 These flowers are called “cantuta” and are the national flower of Peru. In Andean villages, the locals will collect the flowers and fashion them into garlands to hang over doorways like streamers. 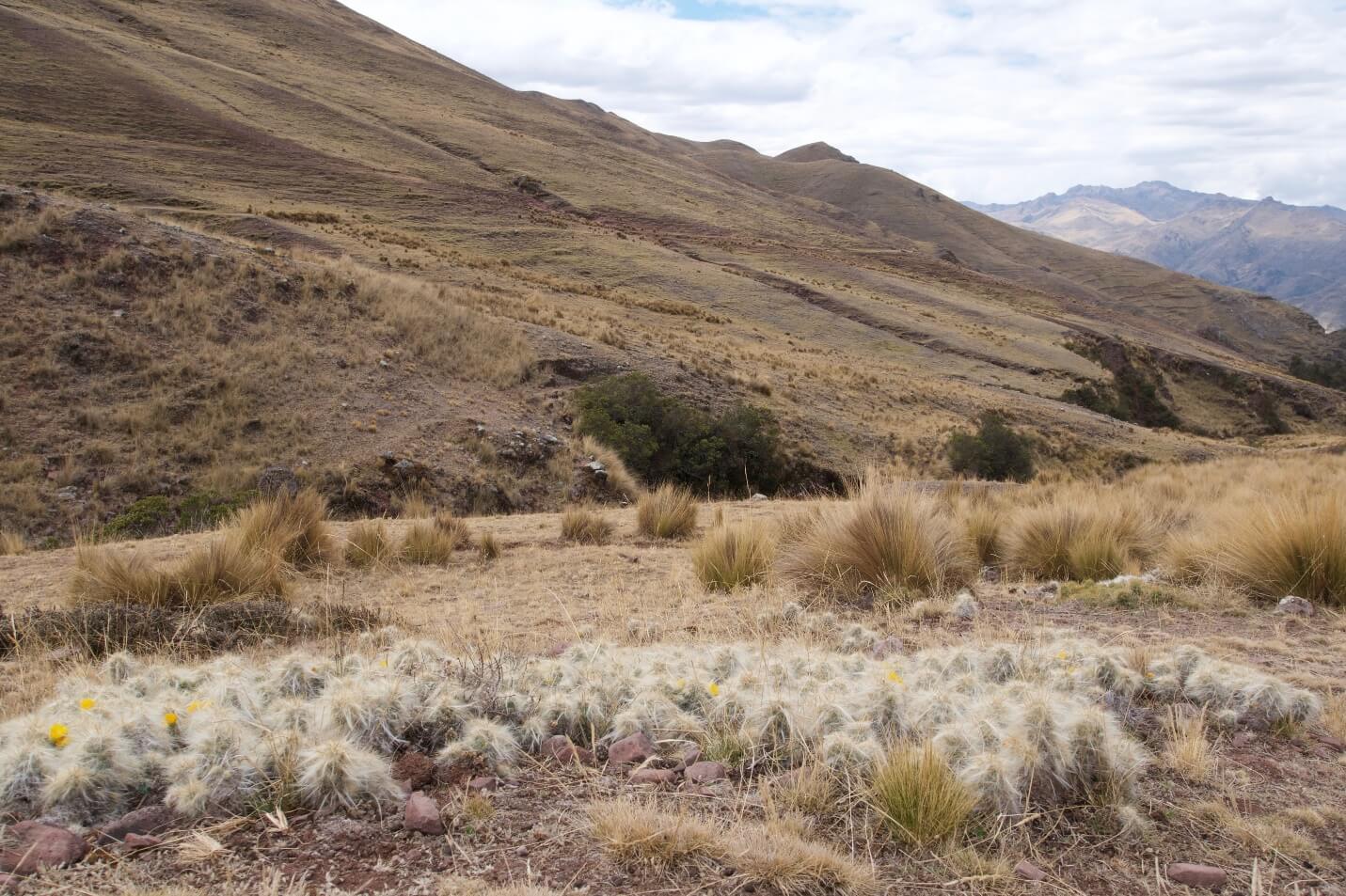 Above the treeline on the drier slopes of the Andes, little grows besides grass and enormous clumps of wild, fluffy cactus. 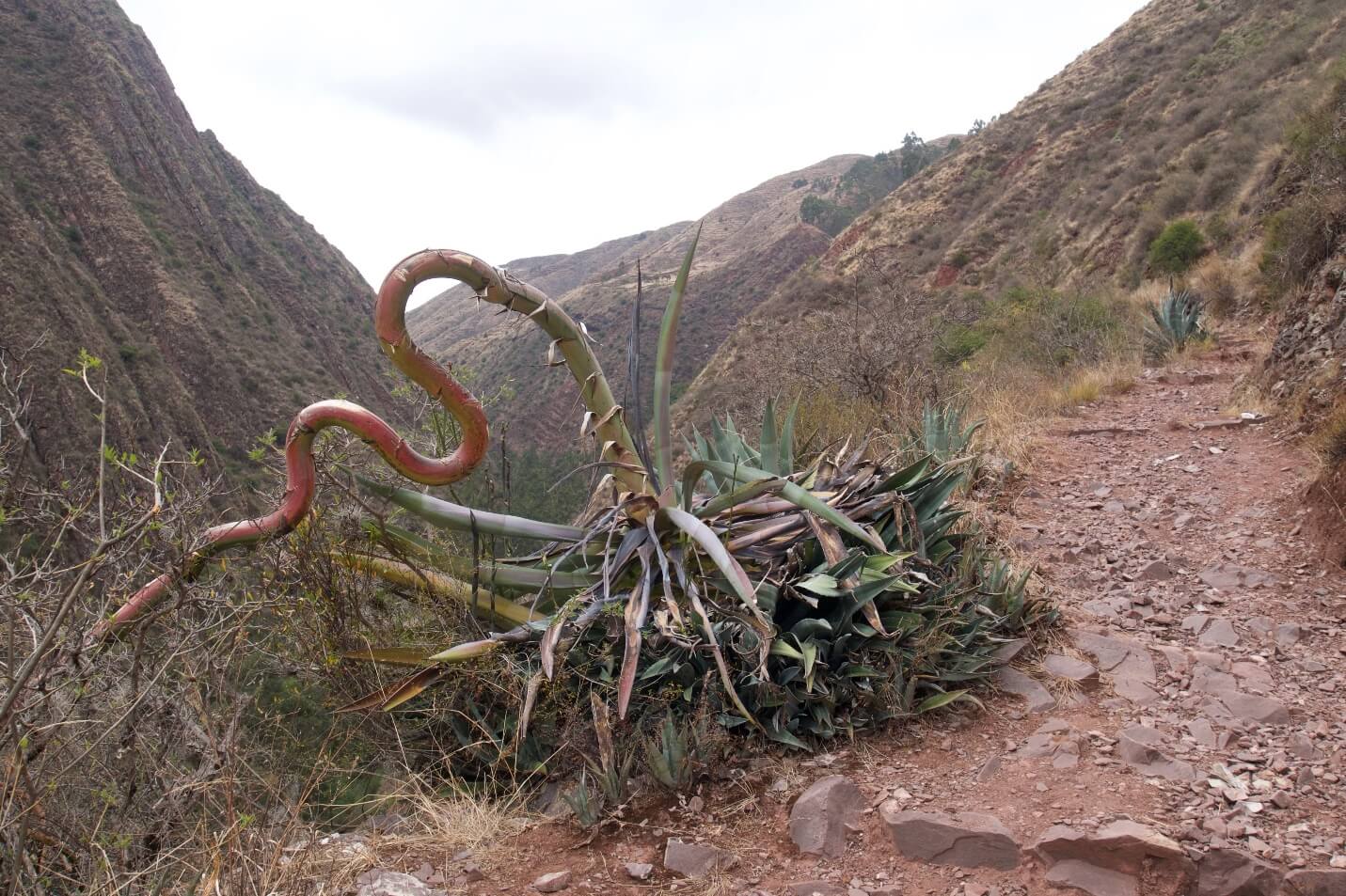 Agaves, best known for giving us tequila, are planted in rows as natural fences all over the Sacred Valley. When they bloom, they send up thick stalks that are reminiscent to giant asparagus, set thousands of seed, then die. This agave inflorescence got a little disoriented on its way up 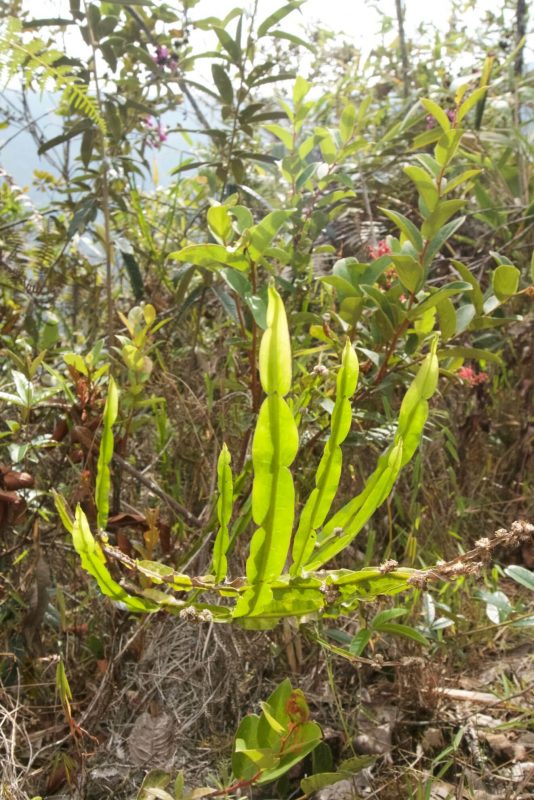 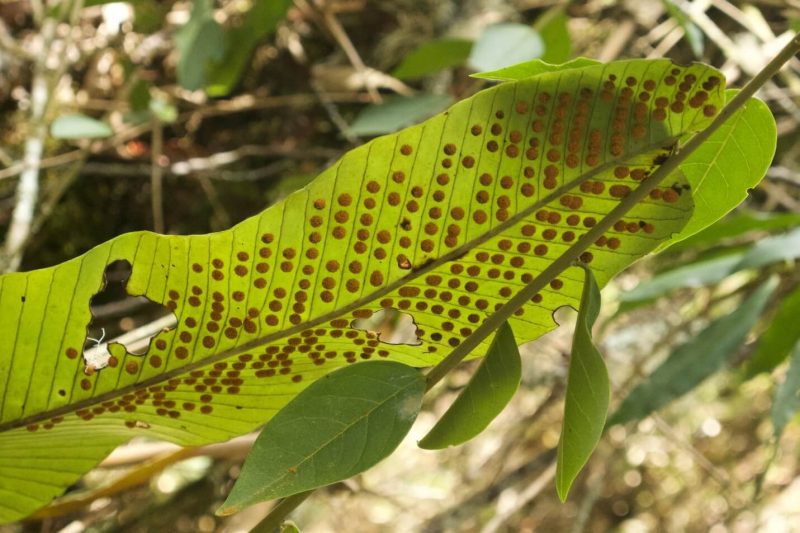 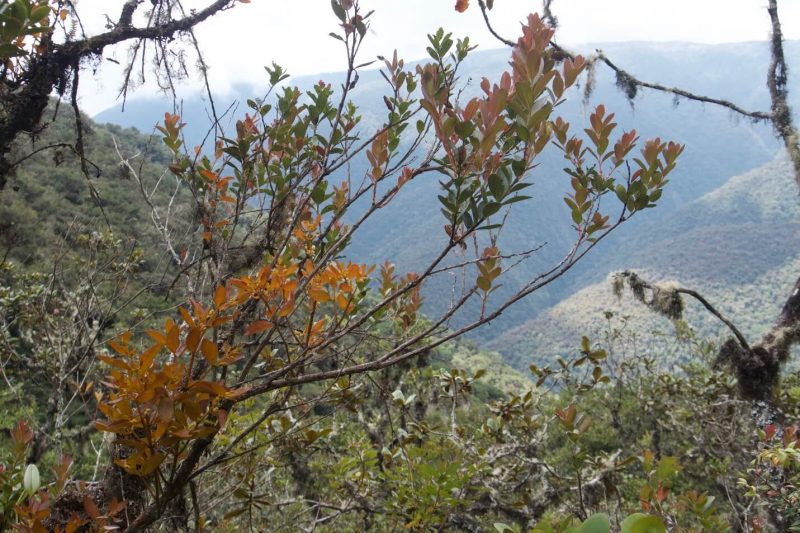 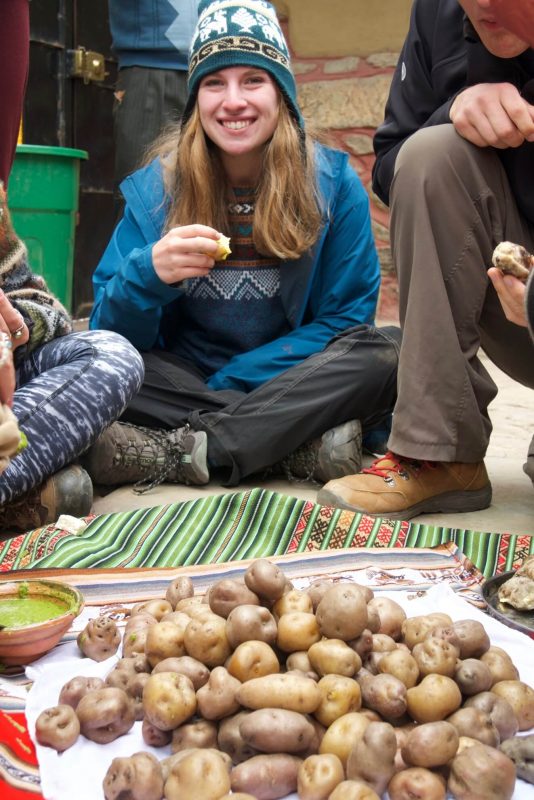 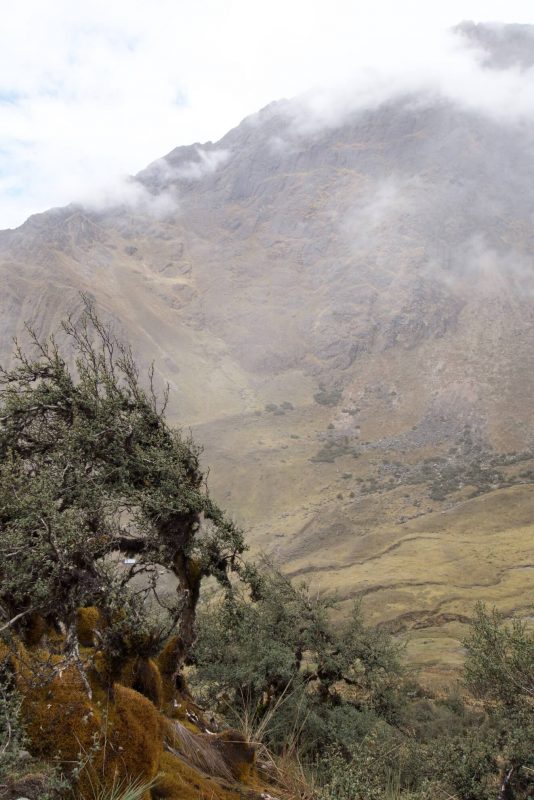 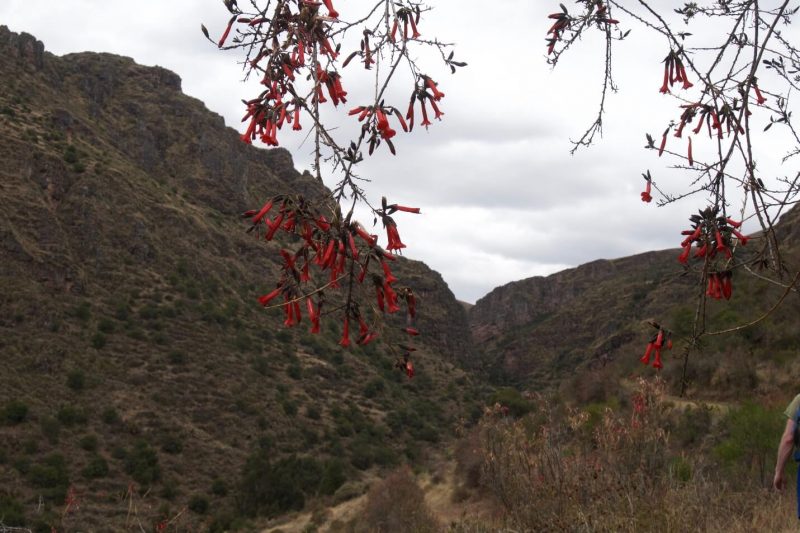 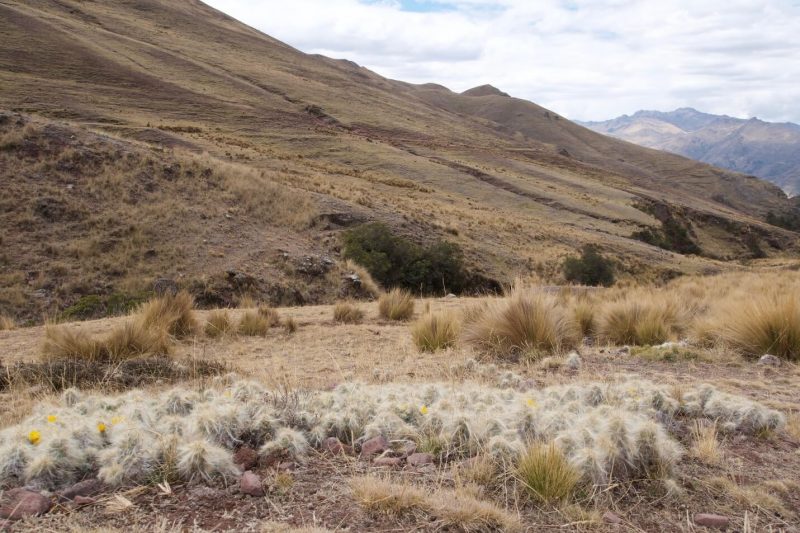 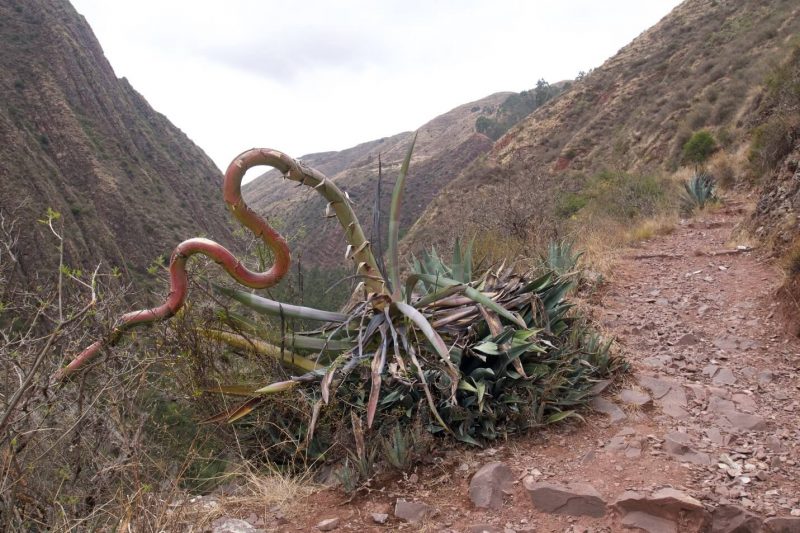