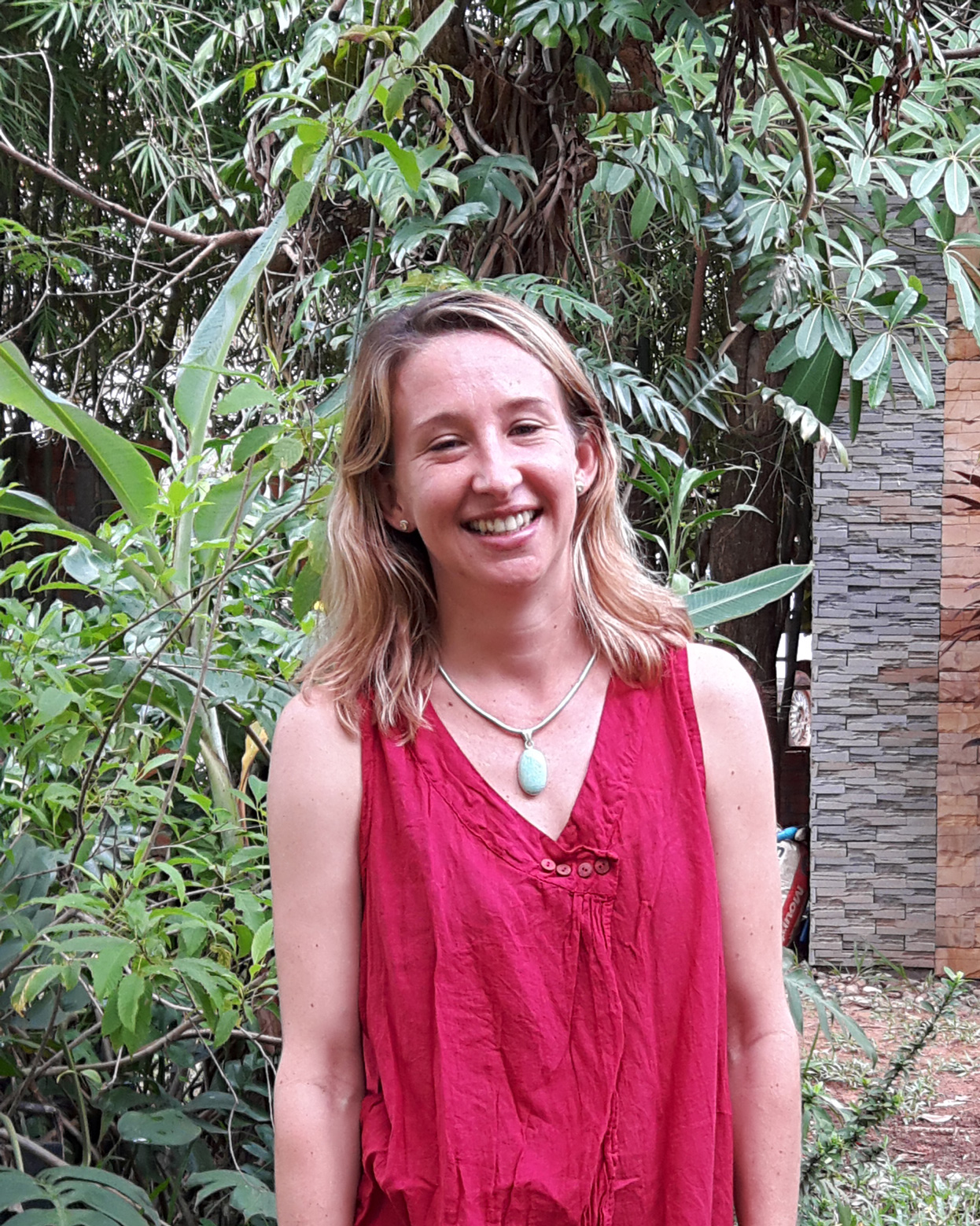 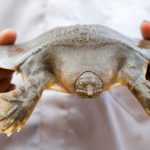 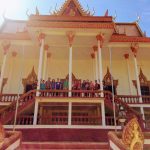 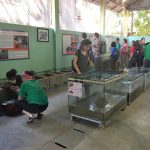 The Cantor's Softshell Turtle: Conservation of a Curious Creature 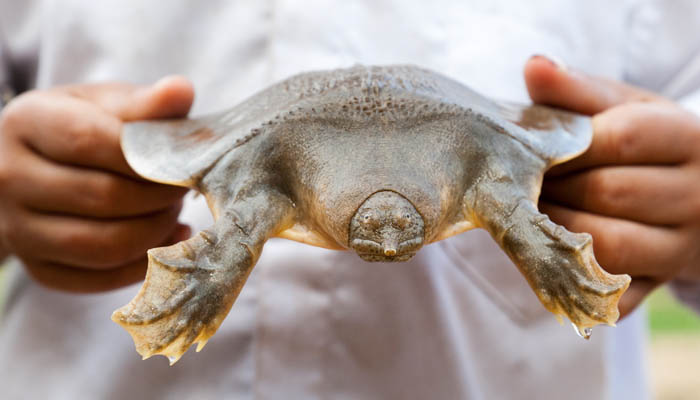 In late September we had the opportunity to visit the Mekong Centre for Turtle Conservation (MTCC) in Sambour, Kratie Province. The center is located on the same premises as the renown 100 Pillar Pagoda or Wat Sor Sor Mouy Roy, about 40km north of Kratie. 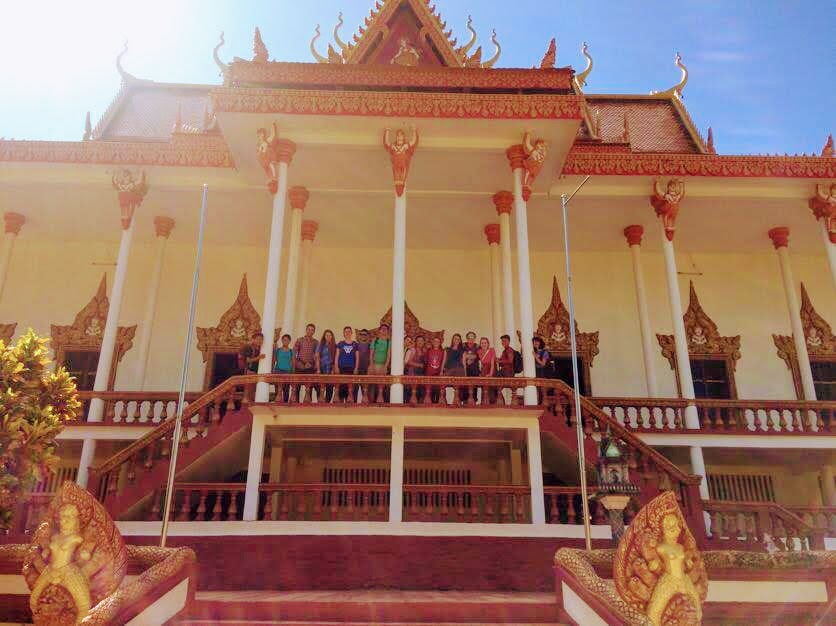 The main turtle species that the center is trying to protect is the Cantor’s Softshell Turtle, a critically endangered species believed to have been extinct until it was rediscovered in 2007. Unfortunately the eggs and flesh of this turtle are considered a delicacy in Cambodia and many turtles are sent to Vietnam for use in traditional medicines. Young turtles also often fall prey to birds, snakes, fish and monitor lizards. Additionally, dam constructions along the Mekong, sand dredging, and climate change have also had negative impacts on the nesting behavior of the species. The female turtles require access to sandy beaches to make their nests. Previously such nest sites were located along the many small islands dotted throughout the Mekong stretch that they inhabit (roughly 48km of the river), however now access to ideal nesting sites is limited. The MTCC, with support from the Wildlife Conservation Society, pay local people to be “nest protectors”, providing income and incentive for local people – who once collected the turtles and their eggs to sell – to now protect the nests. Young hatchlings are then brought to the center where they are raised in tanks until they are strong enough for release back into the Mekong. MTCC has now released over 5000 hatchlings back into the Mekong.

The purpose of our visit with SFS students was to interview staff at MTCC to determine where future funding is needed for their organization, whether it is for further research or for implementing infrastructure, education or training in the field. One of the major assignments of the semester for Conservation Science students is to prepare a grant proposal on behalf of the many conservation organizations that we visit during their semester abroad. This is a useful skill for undergraduate students to learn, especially for those wishing to pursue graduate research where they may need to apply for funding in the future. This field trip is fulfilling for the students, not only do they learn about a species many have never heard of before, they hear directly from local people involved in on-the-ground research and conservation in Cambodia, and most rewardingly, if the students’ final grant proposal is of a high standard we then pass it on to the affiliated organization for them to submit for funding. Supporting local organizations and helping them where we can is a high priority for SFS Cambodia. 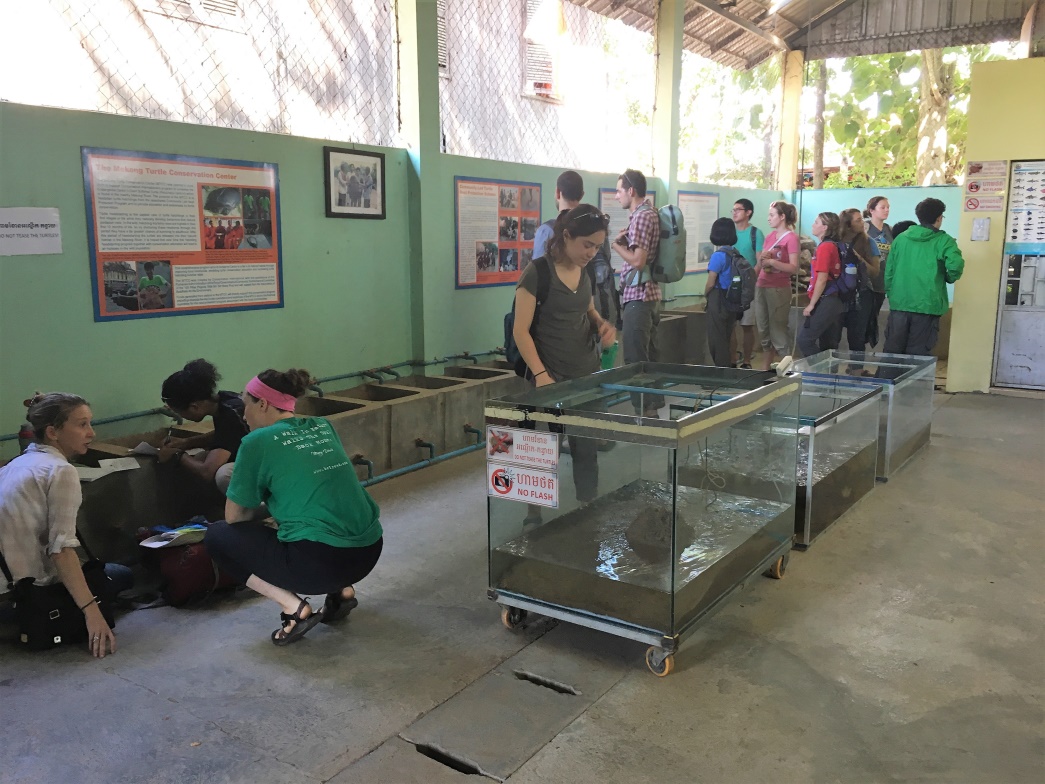 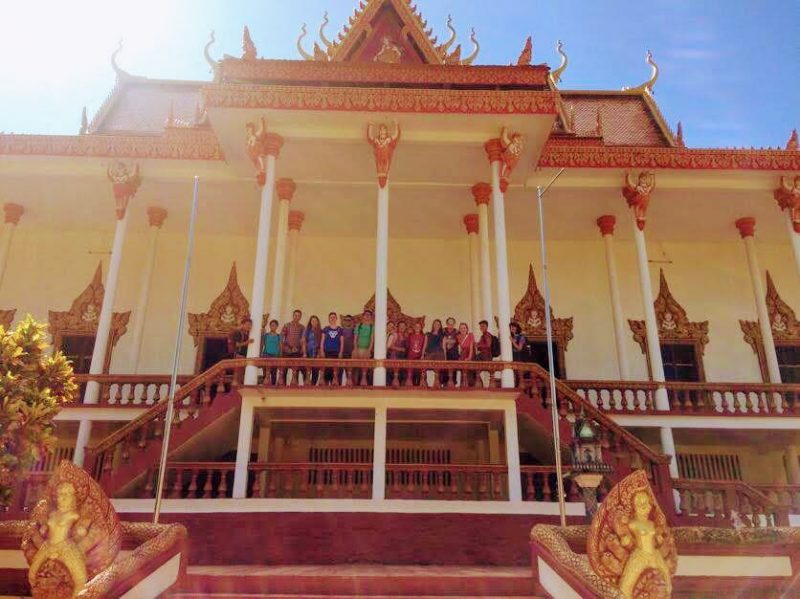 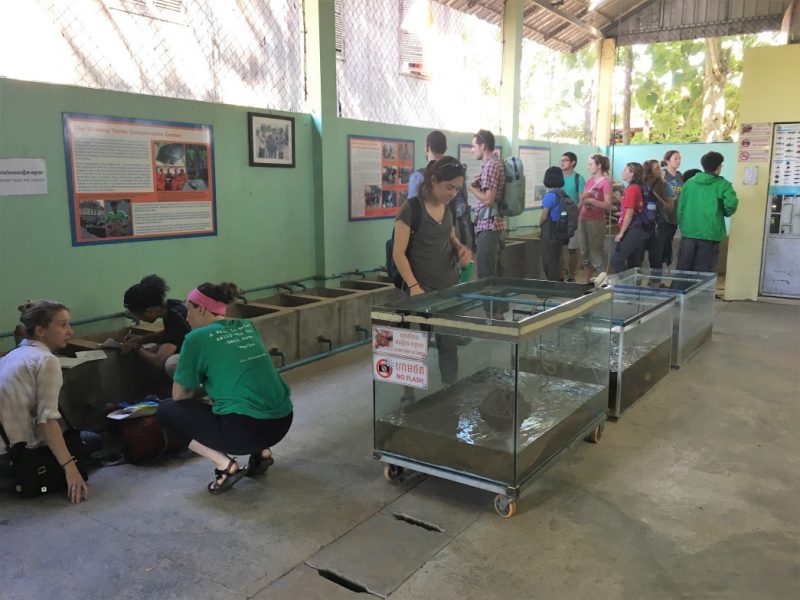